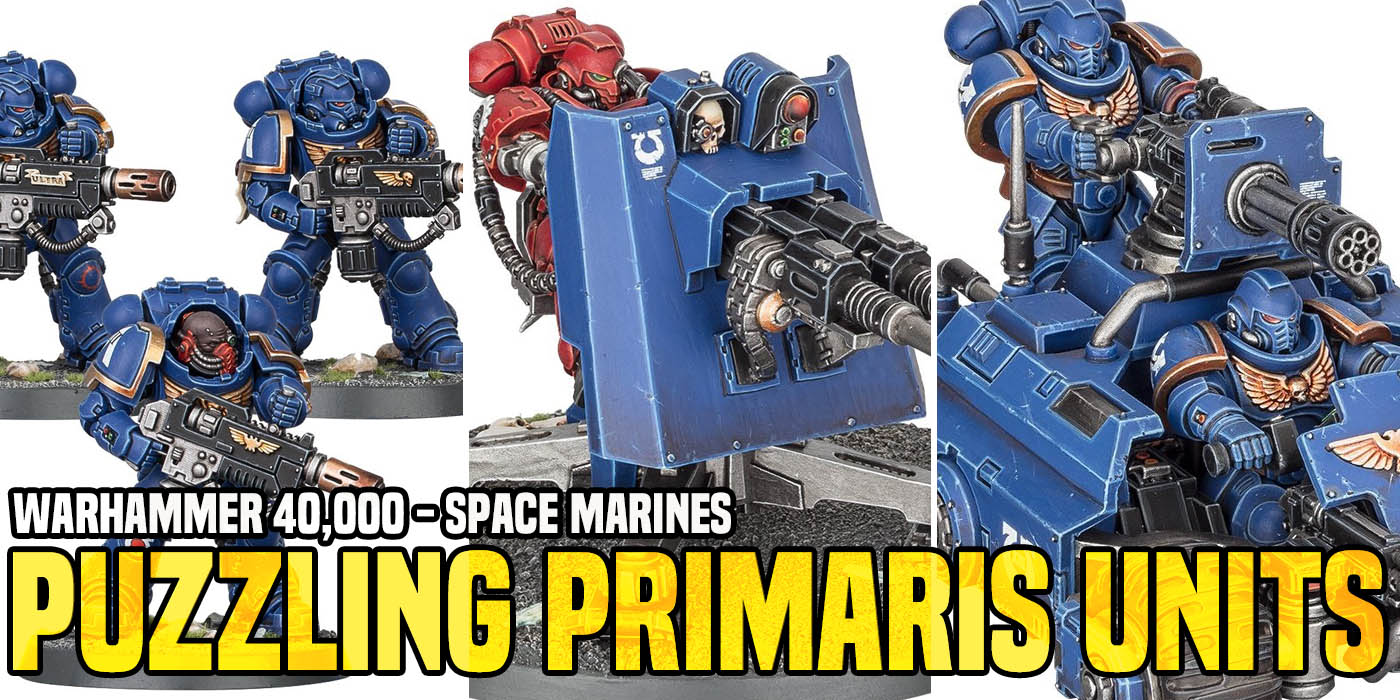 Games Workshop had quite a few reveals this past weekend – but three of the units barely got any attention. We want to know more.

In case you missed it, GW revealed the contents for the new Launch Box for the next edition of Warhammer 40,000. They also teased some more units on the way. After it was all said and done, we got a look at a ton of new units for both the Space Marines and Necrons. However, there were three new Primaris units that had us both scratching our heads and wanting to know more. 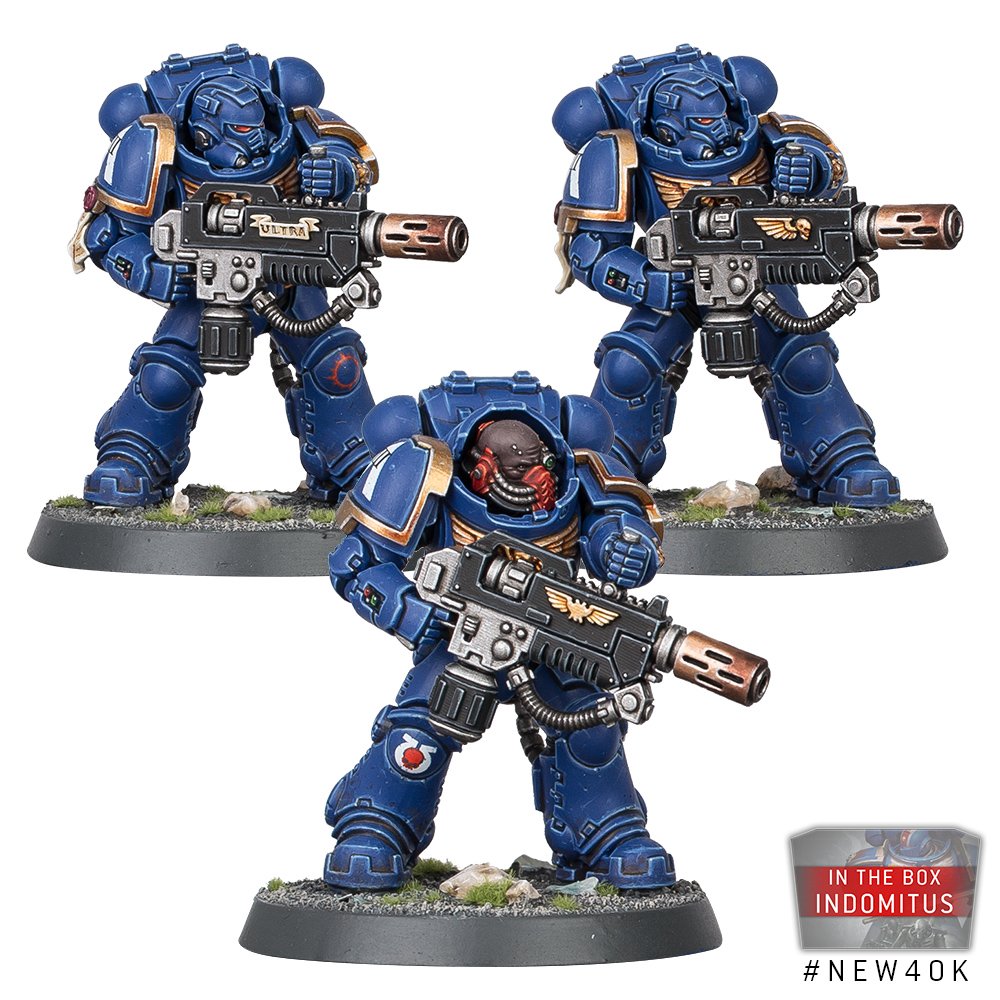 These new Eradicators were barely mentioned. At least we now have a name for them. What little info we got about them came via Warhammer Community:

“If you absolutely, positively have to eradicate an armoured enemy threat (or a big gribbly monster, for that matter), the aptly named Eradicators are here to do just that! Clad in Gravis armour and armed with long-range melta rifles, they exist to do one job, and they’re nothing short of peerless in its execution.”

So what do we know about them? They are wearing Gravis Armour and have new, long-range melta rifles. These factors have us asking even more questions. If they have Gravis Armour, are they limited to 3? Are they going to have more toughness/wounds compared to other Primaris in Mk. X armour? Are there more Gravis Armoured units on the way? What about their weapons? New melta range? Also, Primaris with melta-weapon access now? Are we going to see more melta options for other Primaris units across the board?

Perhaps the Eradicators are going to pave the way for Primaris to also get access to Grav weapons down the line, too…

Oh boy. Let’s just start by saying I REALLY hope that the driver’s helmet has some amazing ear and eye protection. Otherwise, the first time that onslaught gatling cannon fires, he’s deaf and blind and the ATV is going to end up in the nearest ditch really fast. Now before we all start bashing this design, it’s probably based loosely off the real world version. I’m not trying to defend it – I’m just pointing out that actual militaries have used similar options.

Anyhow, we DO have some questions – for starters, armament wise, what’s it packing? The answer is “an onslaught gatling cannon or a multi-melta” along with what appear to be twin bolters. Now, seeing as how this is a Primaris vehicle, we have to also assume it’s got the same twin bolter options that the bikes do – and we questioned if that means they are twin bolt rifles or not – or other variants for that matter. Also, more evidence that Primaris are getting access to melta weapons.

When paired with the Outriders, this vehicle is going to be analogous to the attack bikes of Classic Marines. We’re also curious as to how fast it’s going to move and what rules it will have in terms of its interactions with terrain.

Here we have a new turret option for the Primaris Space Marines. Again, this one opened up quite a few more lines of questioning. Let’s start with the gun options again: “Mounting either a twin accelerator autocannon or twin las-talon” so at least we got that covered. But why twin las-talons? Those have a pretty short range relative to a las-cannon. A basic Bolt Rifle out ranges it by 6″. That’s not normally a big deal – but can this thing move? Seems like the twin accelerator autocannons might be the better option.

Also, notice who’s mounted on the back? Yep – that’s a Techmarine. A Primaris Techmarine. While the Ironhands got their Iron Father, we’ve been wondering of Primaris Techmarines would start to filter out more and more. This is one way to do that. Is this the “replacement” option for the Thunderfire Cannon? We want to know more!

These units certainly had us wondering about them – what do you think? What questions do you have about the new Primaris Units?