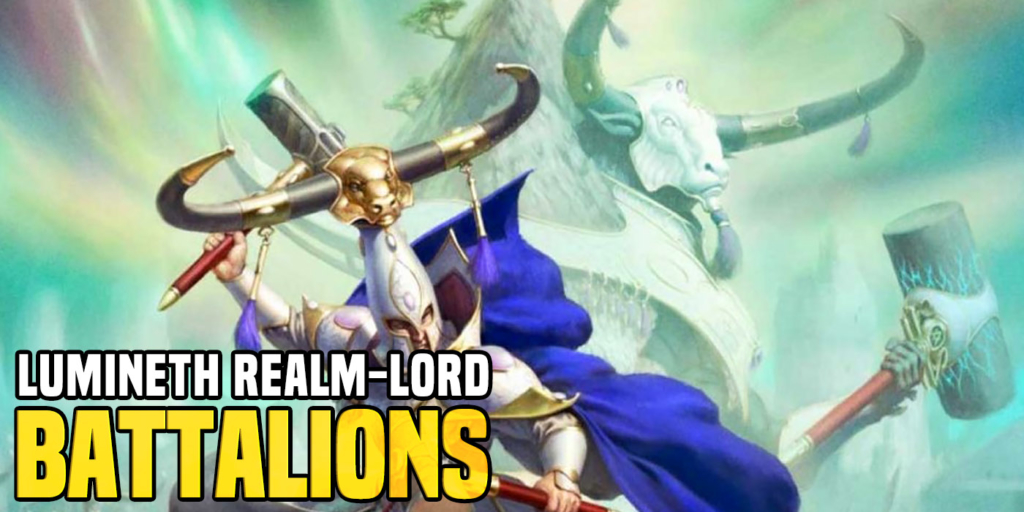 Here are my thoughts on the battalions available to the Lumineth Realmlords.

Now that the Realm-lords have been around for a couple of weeks, people have started to pick out what armies they’ll be bringing. To help organize army strategies and get the most out of your forces, the Lumineth bring 3 unique battalions and one super battalion to the playing field. Here are my thoughts on the battalions, and how to best utilize their specific special rules.

Much like the Ymetrica subfaction, this is the battalion to take if you want to capitalize on the hammer bros and their bovine friends. The battalion is made up of 1 Spirit of the Mountain, which you can sub for Avalenor if you want to bring the special cow, 1 Stonemage, and 1-3 units of Stoneguard. That is already a fairly tough wall of units, but the Skin to Stone ability means that your Stoneguard will dig in and almost never move. Every combat phase, Stoneguard from this battalion that are wholly within 12” of one of the heroes from the battalion can see they are turning to stone, allowing them to reroll armor saves but meaning they can only pile-in 1”. This is a great ability to use once you’ve gotten relatively stuck in and all of your Stoneguard are in range to attack, or if you have to face down a hard-hitting foe and want to make sure you hold the line. 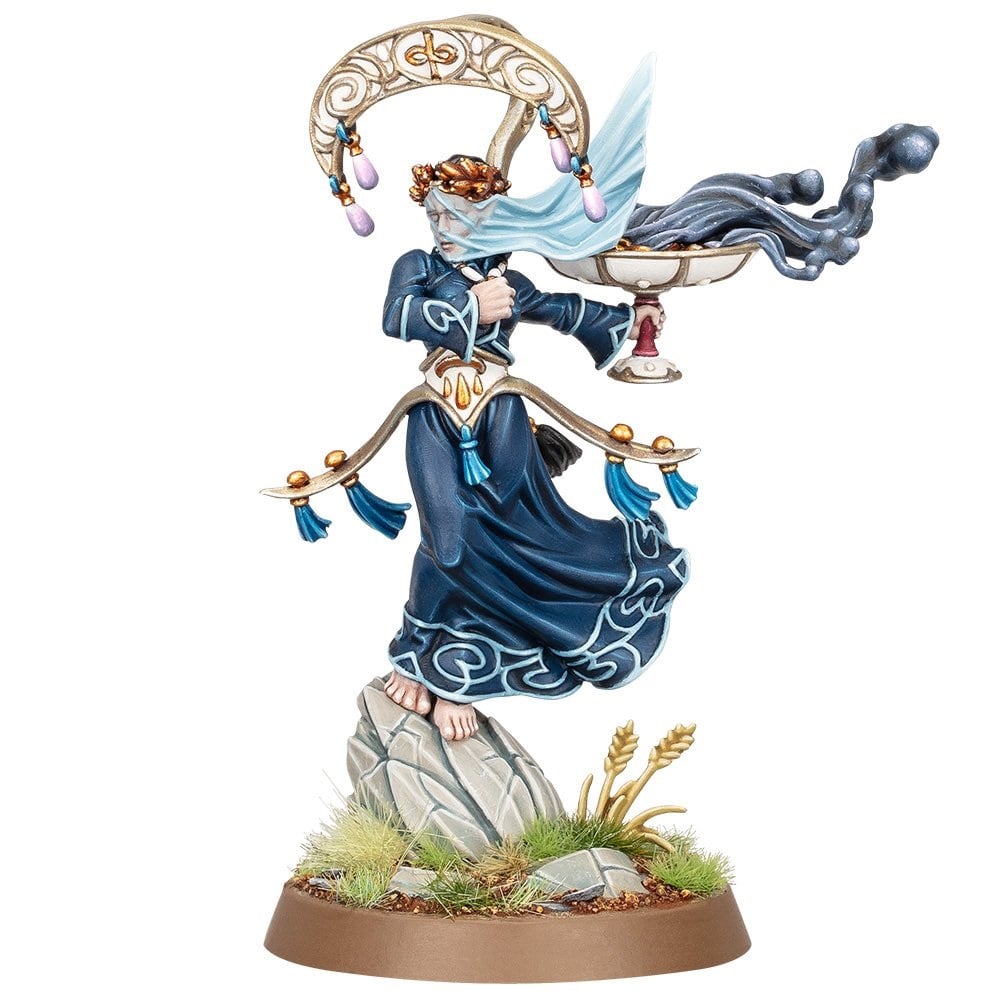 This is what I would think of as the baseline battalion and the one I expect to see the most of in Lumineth lists. It is made up of 1 Cathallar, 2-4 units of Auralan Sentinels, and then the same number of units of Wardens. So long as any of these units are within 3” of another unit from this battalion, they can reroll save rolls of 1. Combined with the Shining Company ability that all Vanari have, this could make an impenetrable shieldwall to protect your archers and will allow the same archers to better weather shooting retaliation. For added benefit, take the Iliatha subfaction so that units from this battalion benefit from not only the save rerolls but also the shared command traits since you’ll be keeping the Cathallar nearby as well. 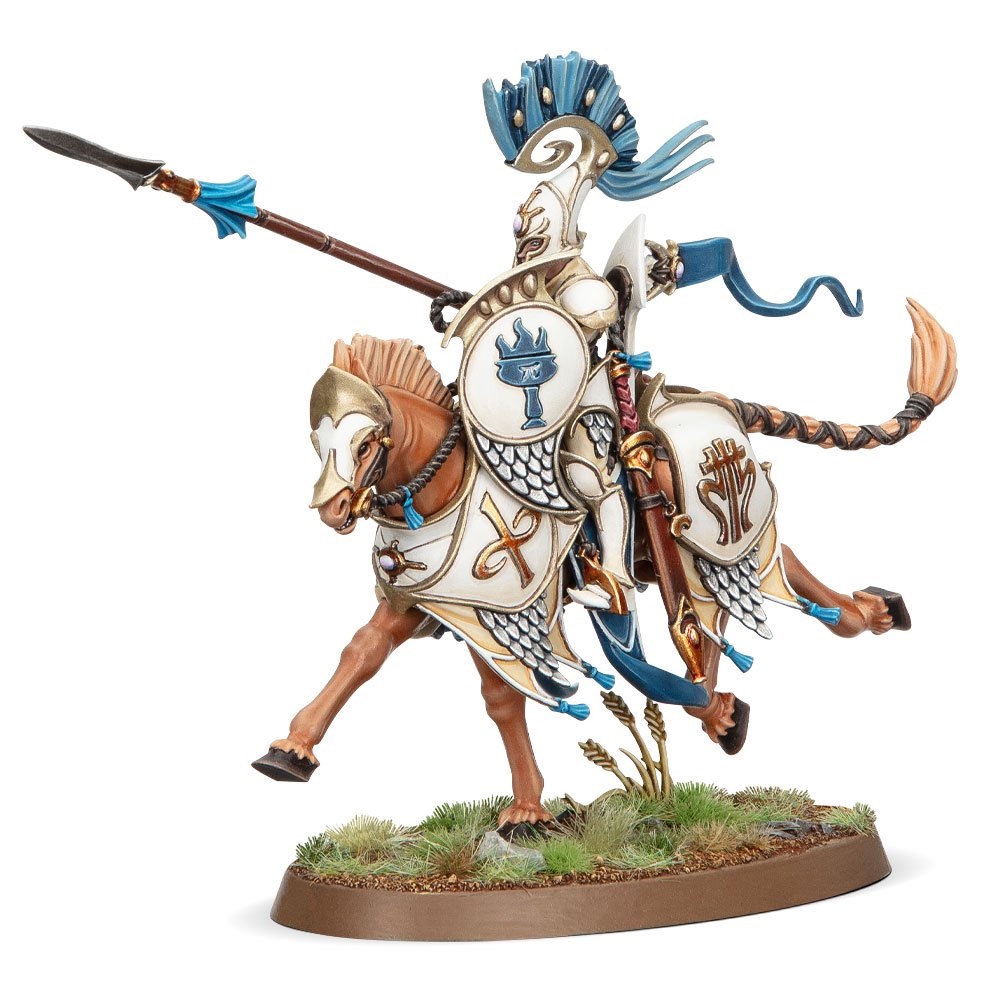 This is the high aggression battalion and works well if you take minimum units of spearmen to capitalize on heavy horsemen. The battalion consists of 2-3 units of Dawnriders, and allows each of them to reroll 1s to hit on a turn that they charge. Combined with the Dawnrider’s ability to increase their wound and Rend on the charge, this can make your Dawnriders a powerful deathstar unit for dealing with enemy light infantry. Should you happen to hit a unit of low wound models, you’ll really dish out the hate since their attacks will increase as well. 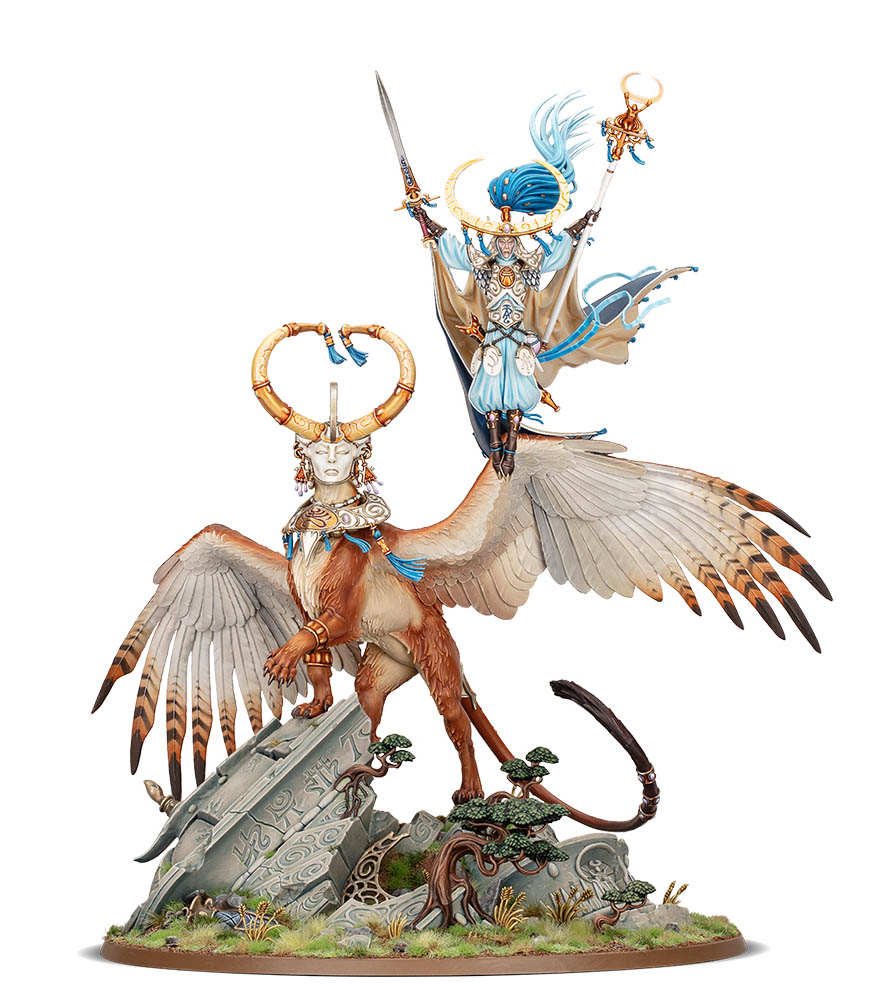 The Lumineth super battalion, this is the army of Teclis himself, and unfortunately can’t be taken in a 2000 point matched play game. It calls for big papa Teclis himself, an optional Eltharion, 1 Alarith Temple, 1-3 Auralan Legions, and 2 Dawnrider Lances. It allows any units from the battalion that are wholly within their own territory to ignore wounds and mortal wounds on a 6. It has a lot of power and tactical potential, but its lofty price means it isn’t going to see a lot of tournament or matched play. Still, if you’re just playing for fun, no reason not to give this crazy battalion a try. 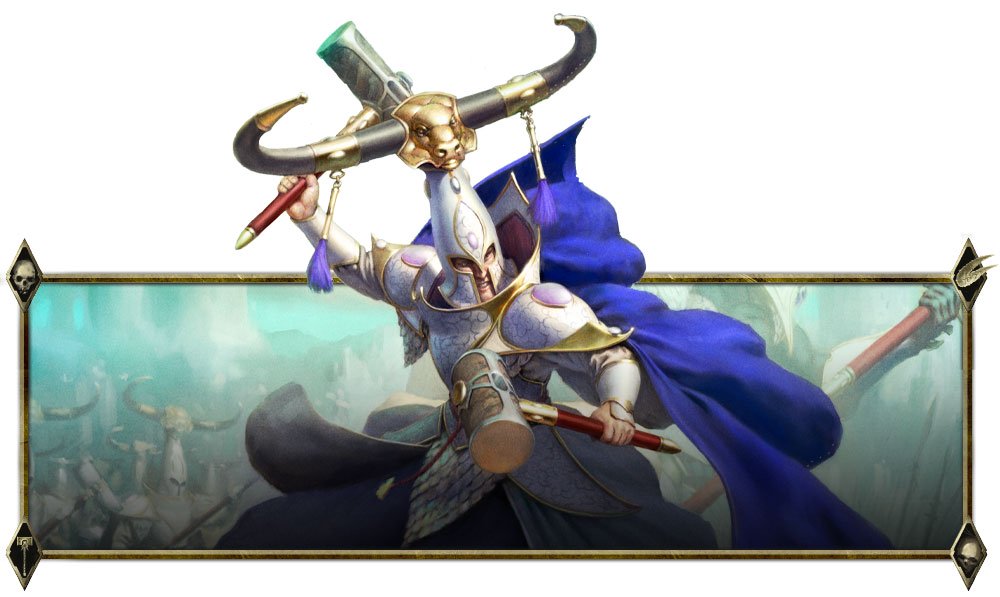