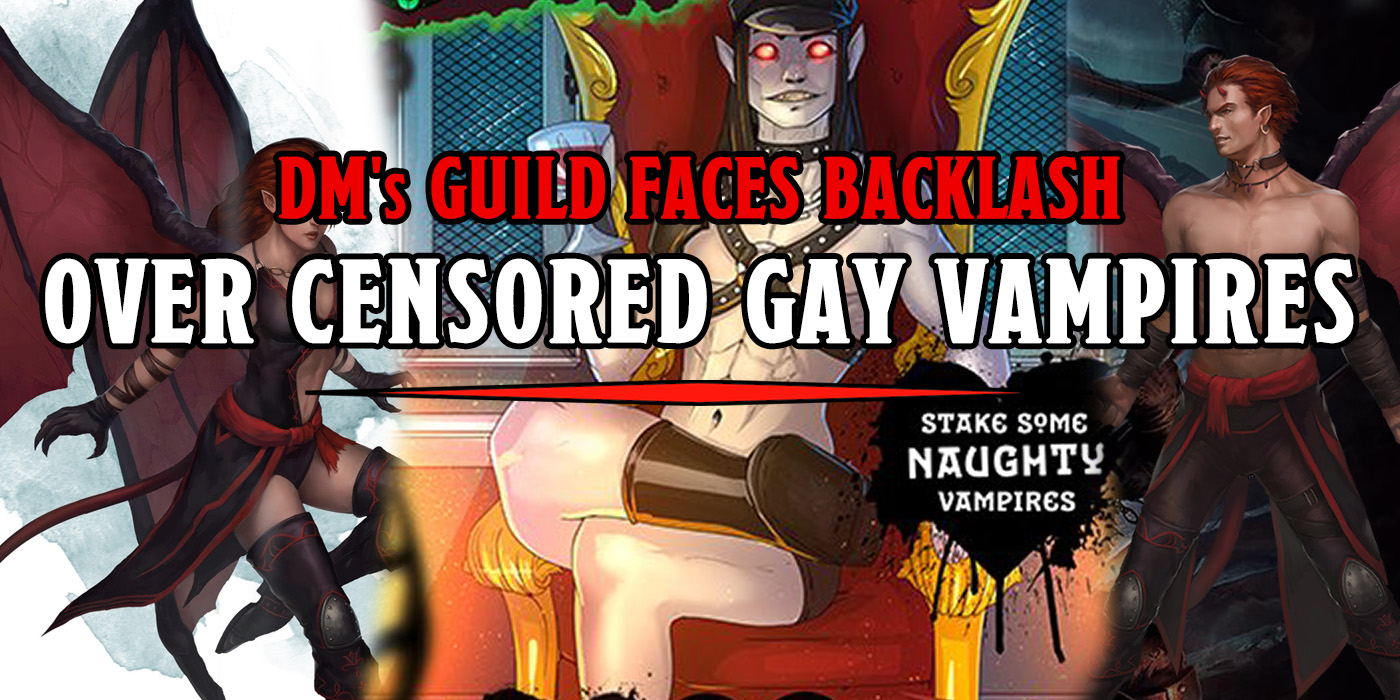 After deactivating an adventure for “distinctly sexualized artwork” the DM’s Guild faces community backlash for a seeming double standard.

Monday morning, the DM’s Guild issued the following statement regarding the “deactivation” of a title for “distinctly sexualized artwork.”

The title in question is Curse of Hearts, a module written by DM’s Guild creator Oliver Clegg, who characterized the module as “a house full of gay vampires” in promotional artwork, and which indeed was full of gay vampires. With taglines like “parry, stake, kill” and “a better love story than twilight” the overall tone of the module is lighthearted, “naughty” fun. The cover even proclaims, “stake some naughty vampires.”

We’ve covered modles published by Clegg before, they tend to be full of tongue-in-cheek humor, and this one looks little different. What makes this release notable is that the DM’s Guild deactivated it, according to the statement above. According to an email shared by Clegg, the DM’s Guild team asked him to censor two pieces of artwork, which can be seen below. They are suggestive, and feature content some might consider not safe for work, just as a caution.

The second image I was asked to censor was the headless knight. Ok. Fair cop, I suppose. I didn't even mind censoring it, but alas despite following the guidelines I received in the first email my alterations (shown on the right) were deemed adversarial and inadequate pic.twitter.com/3tWS4bxcFK

But as you can see in the linked threads, these aren’t the only sexually suggestive images on the DM’s Guild by a long shot. In the above Twitter posts you can find examples of artwork shared with creators, explicitly approved by WotC for publication in adventures published on the DM’s Guild, here’s a sampling: 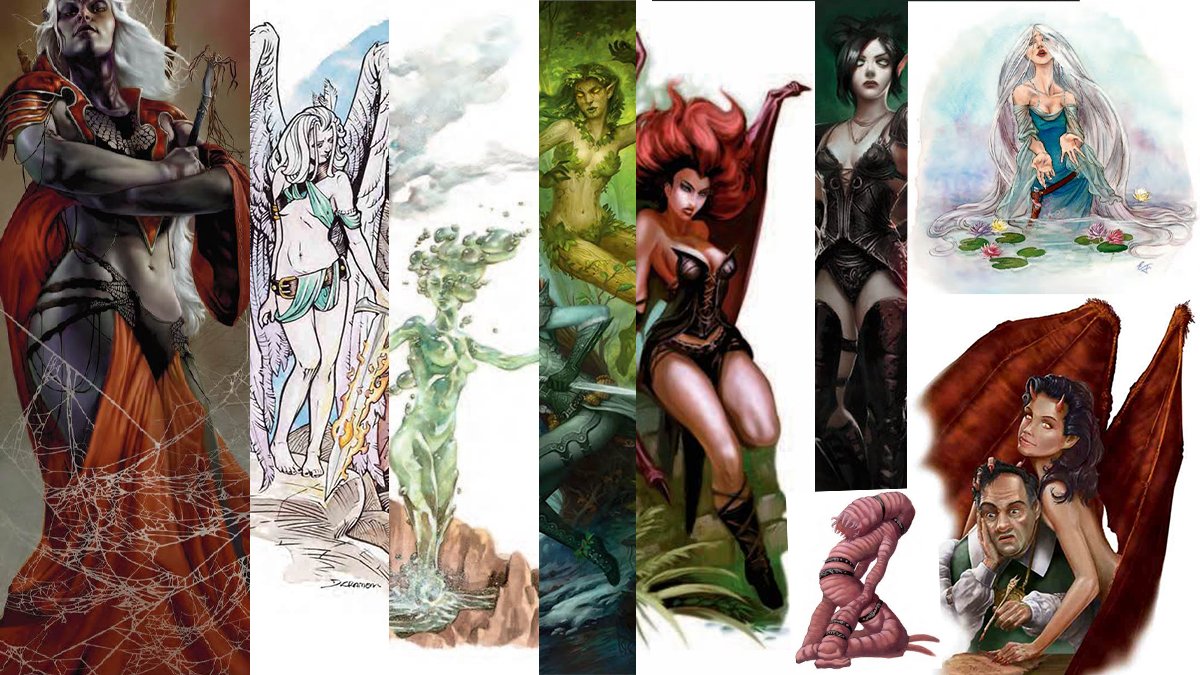 And that’s just the images that are pre-approved art resources. Here’s a look at some titles that are, at press time, still available on the DM’s Guild that are feature nudity or sexually suggestive content: 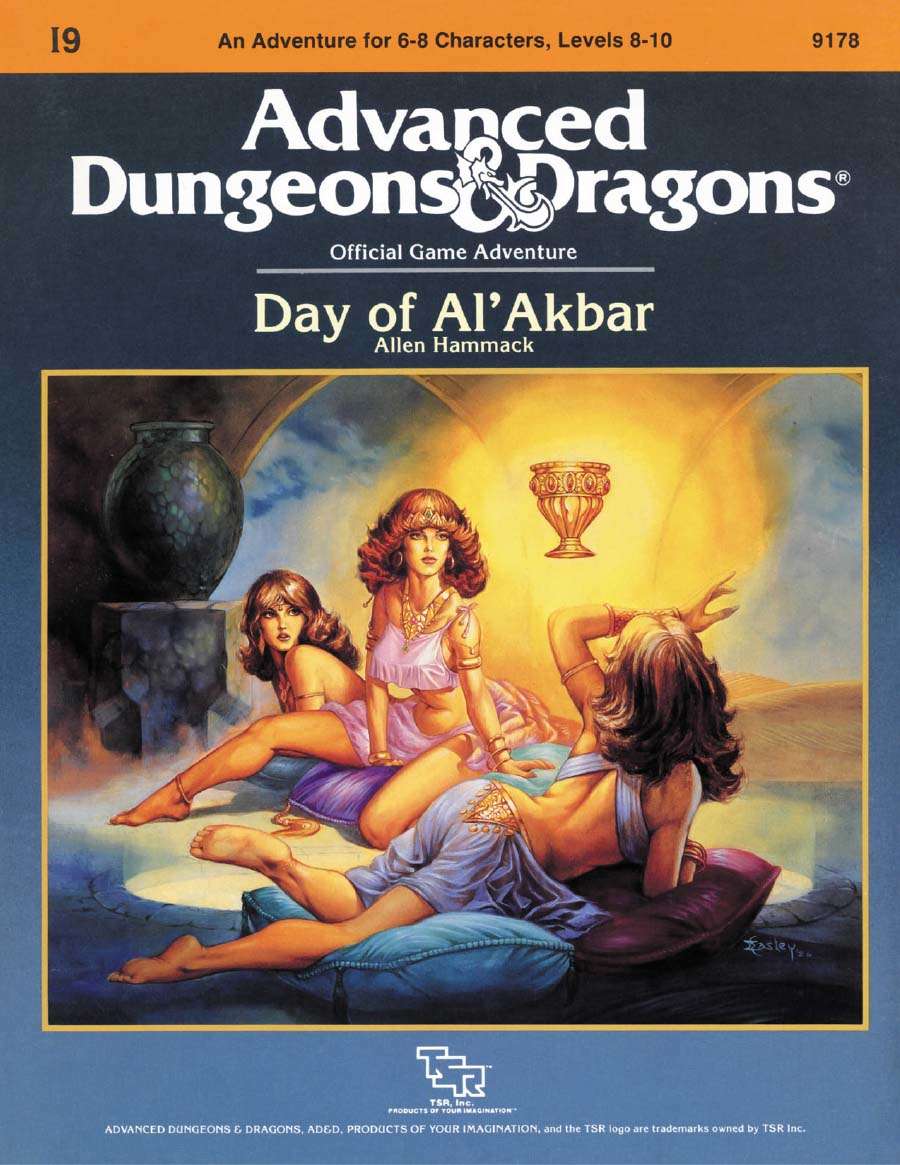 The Day of Al’Akbar, a 1st Edition module set in Al-Qadim, which we’ve also talked about recently. 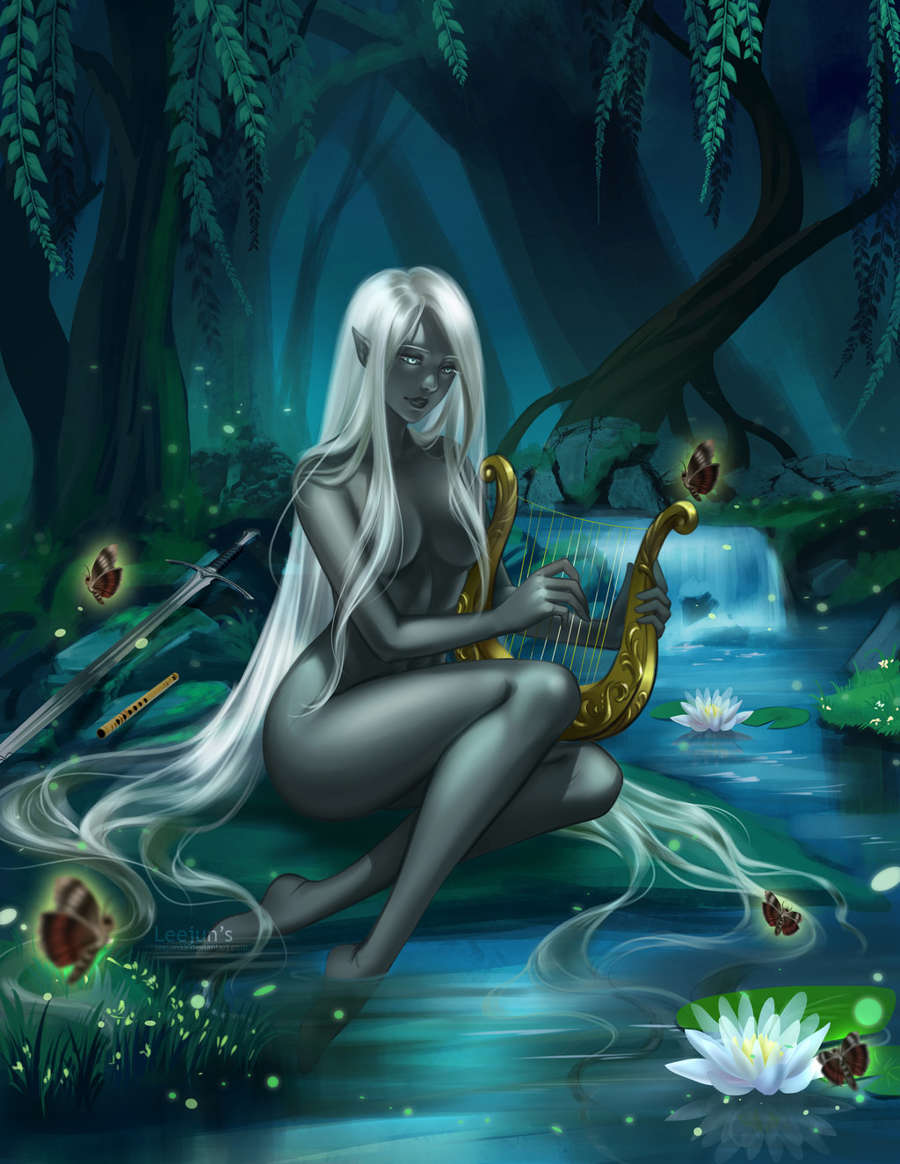 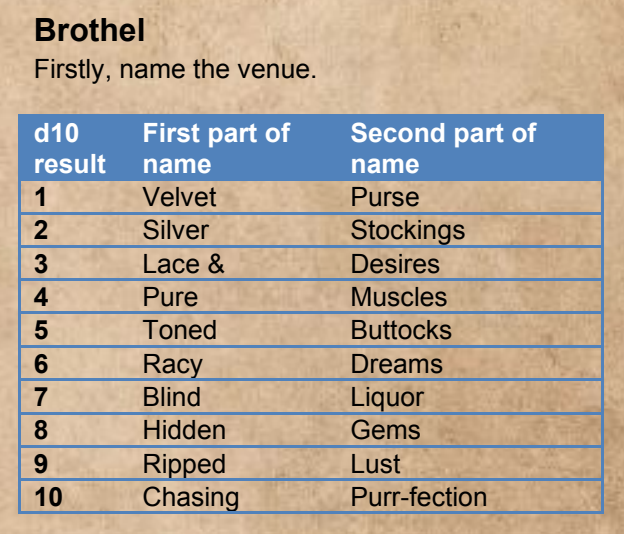 Stag Party, an adventure that features tables for Brothels and more. 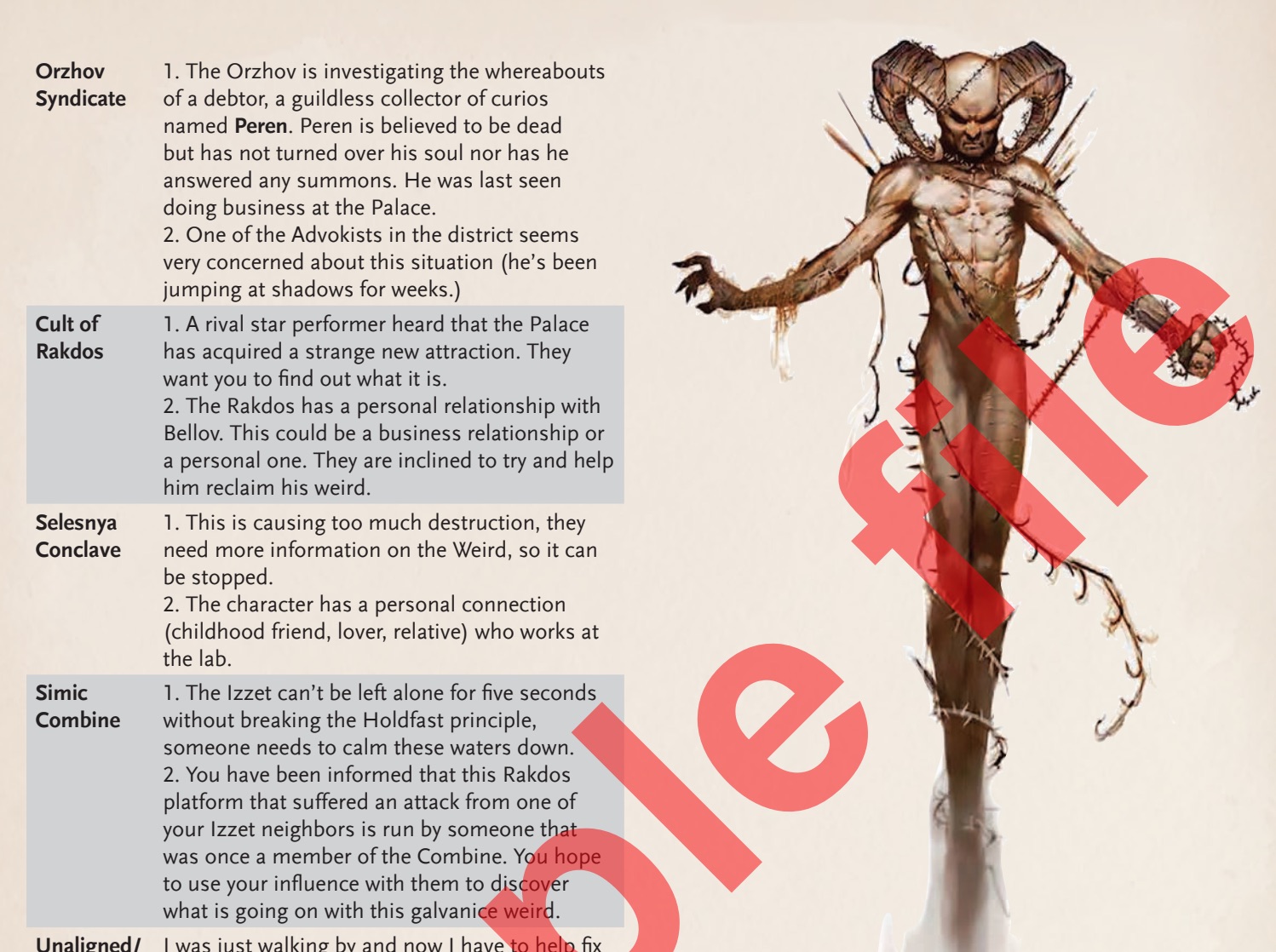 The Palace of Pain’s Pleasures, an adventure set in Ravnica, featuring a Rakdos carnival.

Or The Complete Hag, which comes with a content warning that it is not to be shown to children:

These titles, and the accompanying artwork, had not been pulled, though at press time others have, including the Succubus Calendar, a pin-up calendar of succubi, which had first been published in 2016 and had sat until 2020 before being pulled on or about June 30th. 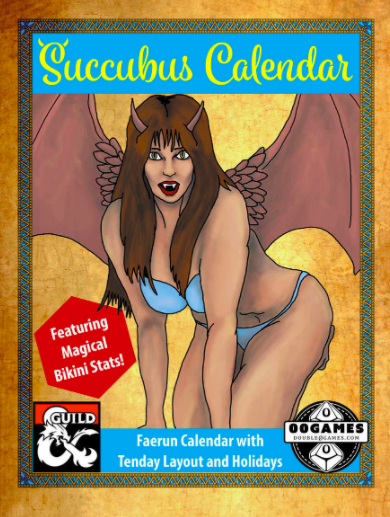 The reason all of these titles have been offered up is that, as Clegg shared in an email from the DM’s Guild team: one of the stated reasons for asking the artwork to be censored was to create “a kid and teen-friendly environment.” Which led others to make claims that the DM’s Guild is pushing a double standard. Queer artwork has historically been deemed “offensive” while other, just as lurid content skates by unremarked upon, to the point that a woman in lingerie is hardly considered scandalous.

And this really is the crux of the problem isn't it? I'm being asked to cover non-existent nipples on art designed for queers and women, while some art designed for straight men goes unnoticed for months or is actively enabled

As of press time, the DM’s Guild had issued the following statement and has left that as their last tweet.

Again, this touches on WotC’s overall drive to be more diverse and inclusive. As they go forward, voices from throughout their community–the voices of creators who represent “humanity in all its beautiful diversity” continue to hold the company to their promise. If they want to represent a more diverse and inclusive audience, they’ll have to listen to those voices in their own community and make sure their standards are the same for all creators.

What do you think? Let us know in the comments, and happy adventuring!