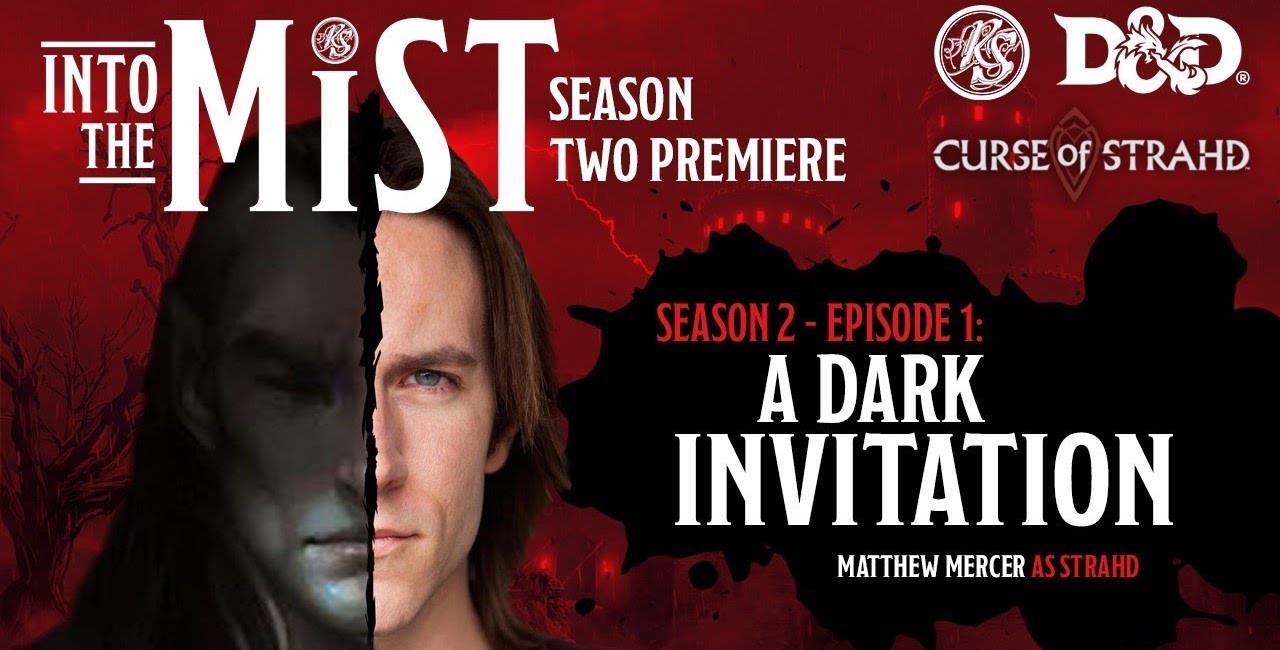 Welcome to the Season Two premiere of RealmSmith’s ‘Into the Mist’ where Callie, Dmitri, Falpher, Sterling, Rone and newcomer Muskoka accept a dinner invitation from Strahd himself!

Walk into the mists and join the adventure…

Author: Mars Garrett
Pop culture editor and writer that has been on the BoLS team since 2010. Contributor on the One of Us podcast. Marvel, Vertigo, and dystopian sci-fi fan. Enjoys bad movies, amazing stunt performances, and the internet. Hates rom-coms. (she/they)
Advertisement
Dungeons & Dragons RPGs Twitch Wizards of the Coast
Advertisement

D&D: The Adventure Begins - A New Intro Board Game