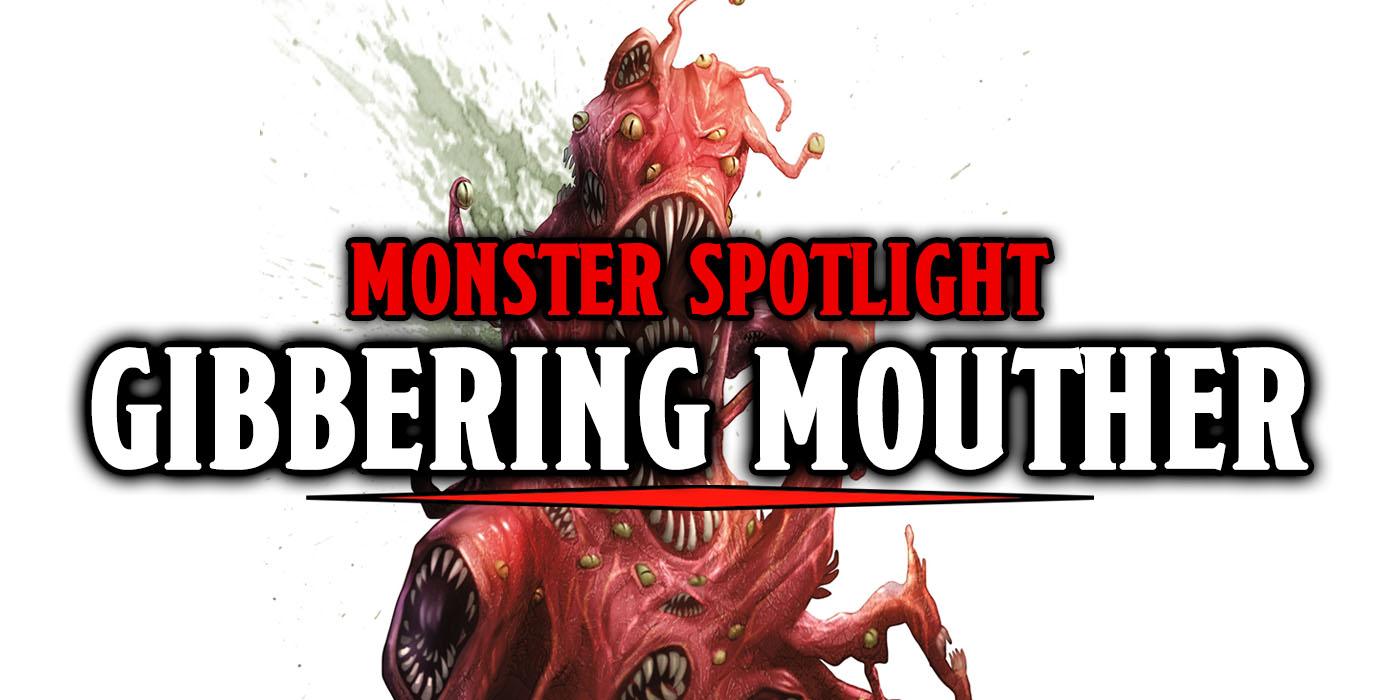 The gibbering mouther is one of those creatures that makes you want to check in with the writers of D&D and just make sure everything is oaky. 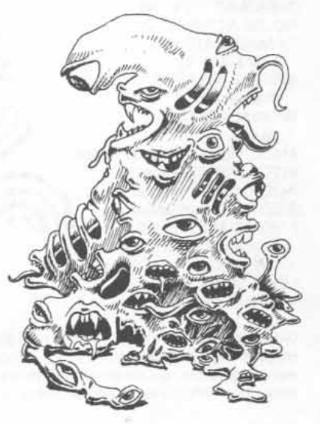 I wish I could just copy every word that first edition D&D had to say about the gibbering mouther because every bit of it is wild. They’re always hungry and are pretty much motivated by the desire to feed, but they aren’t terribly active hunters. Instead they lay still with their eyes and mouths shut so wandering adventurers or animals (or minerals, the book specifically says they’ll eat minerals) think that they’re a mound of dirt to walk over. That’s when they strike. They move using a mixture of “oozing forward” and pulling themselves along the ground using their mouths, which I can only imagine implements some sort of suction cup like ability that I just don’t want to think about that hard. Their spit can burst into a bright flare, their earth body can extend into a projectile attack mouth, and it’s gibbering causes confusion in anyone in a six foot radius. 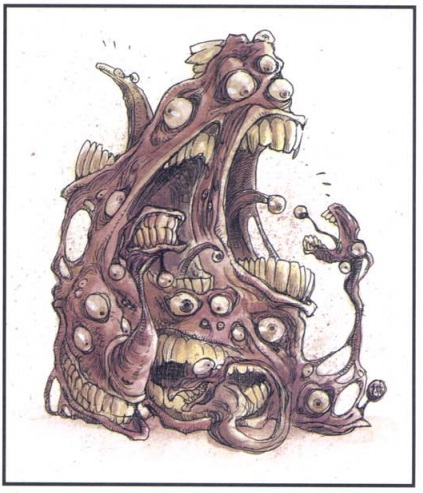 Second edition’s mouther gibbers a little stronger, now with a 60 foot radius of confusion. We also get a peek into their communities… of which there are none. Gibbering mouthers tend to avoid one another and reproduce asexually,  splitting in two when they have consumed enough victims to gain maximum hit points. Some believe that bringing two gibbering mouthers into contact with each other will cause them to merge, creating one creature as big as the two combined. 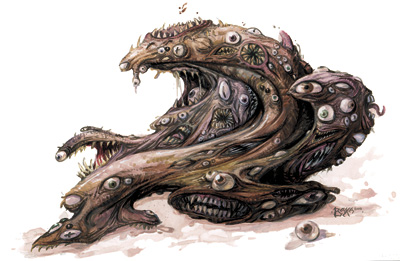 The third edition additions to the gibbering mouther’s attacks make it something that would be much more fun to DM than to fight. Improved Grab let’s them start a grapple attack as a free action on a successful bite attack, and once that happens Blood Drain lets them deal bite damage and drain their victim’s blood, draining one point of constitution per round. With Engulf, the mouther can attempt to swallow a medium or smaller opponent using three or more mouths, rendering the engulfed creature unable to attack from within, it can soften the earth around it into quicksand, can never be flanked, and has +4 on spot checks thanks to their many eyes. 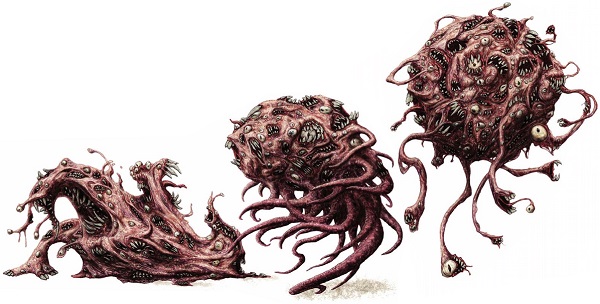 4E goes in a slightly new direction with an entire family of gibbering beasts. There’s the mouther, who you’re familiar with, the abomination, and the orb. The gibbering abomination is a master of psychic damage, able to use Eye of Despair to daze foes at a range for an advantage in melee, while the orb has Eye Rays that it can use as a free action. 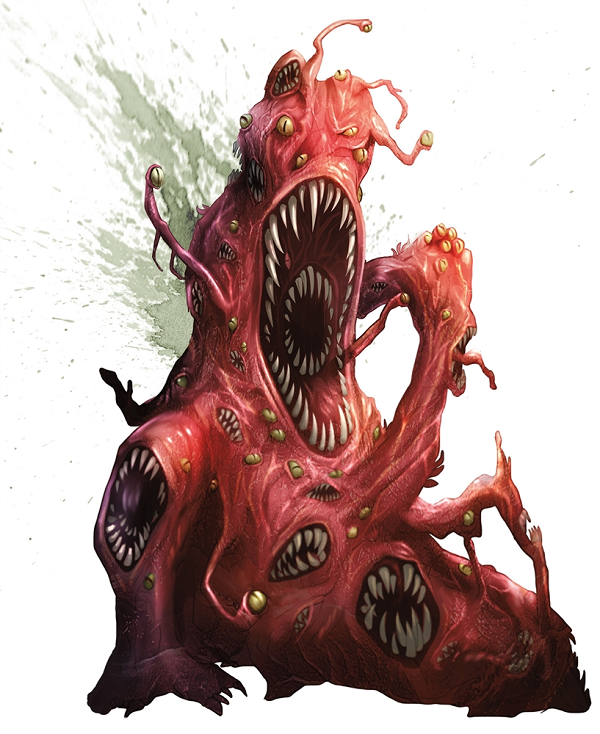 The gibbering mouther is back to basics in 5E with no weird variants or extra vicious attacks to contend with. There is however, one small thing from fifth edition that I both love and hate enough to need to share. After the gibbering mouther eats its prey the eyes and mouth “boil to the surface” adding to the eyes and mouth the monster already has. Which implies that much like you can count a tree’s rings, you can count a mouther’s mouths to see how many victims they’ve claimed and you may just see the eyes of a fellow adventurer if your party has a bad time fighting one of these.

Have you met the gibbering mouther before? How horrifying was it during your encounter? How many terrible mouths did it have? Let us know in the comments!