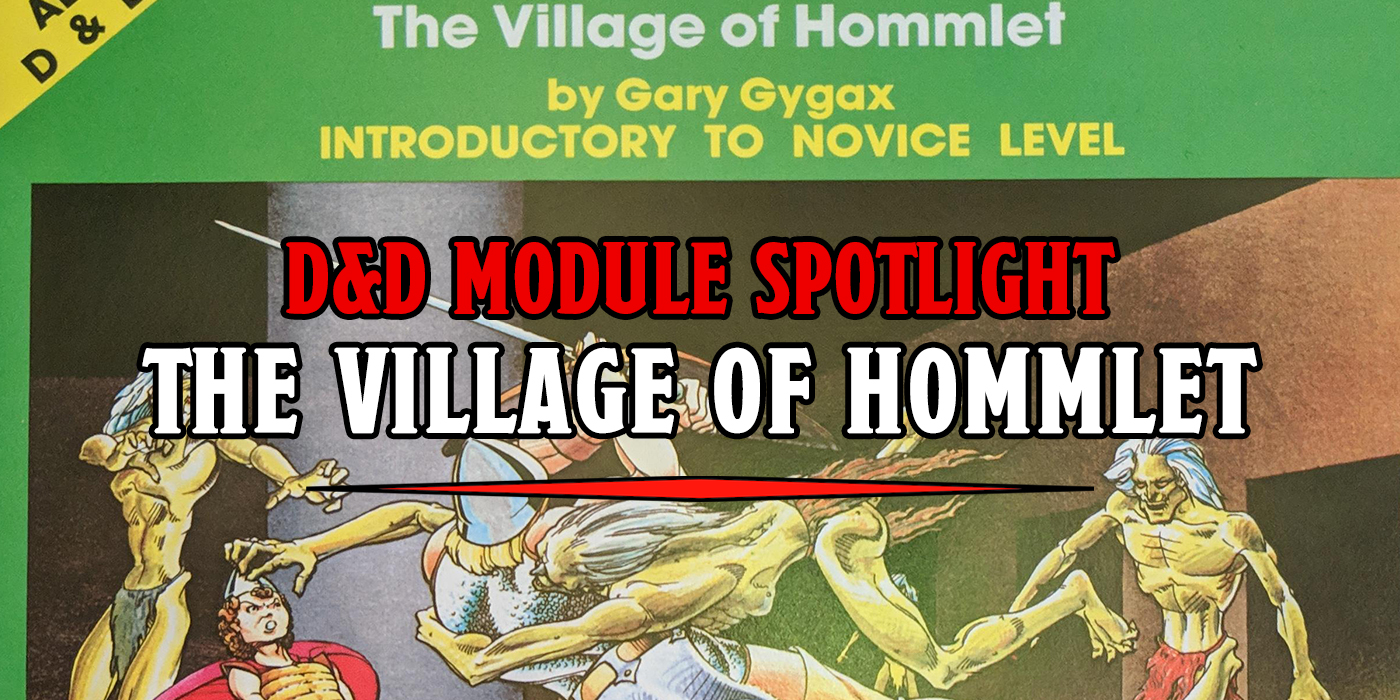 Visit the village that’s launched a thousand quests. Near the Temple of Elemental Evil, beset by bandits, and home to retired adventurers of all stripes.

Ah, the Village of Hommlet. Situated in scenic Flanaess, southeast of the bustling Verbobonc and within a day’s ride of the mighty Velverdyva River, along whose south bank runs the Lowroad, the Village of Hommlet is a humble town from which the careers of many a seasoned adventurer have begun. And it’s easy to see why–this town is one of the quintessential starting villages. It even says that it’s designed for new players, several times, in the opening text. As you look back through this 1st Edition module, you get a sense of what beginning play was in those days. 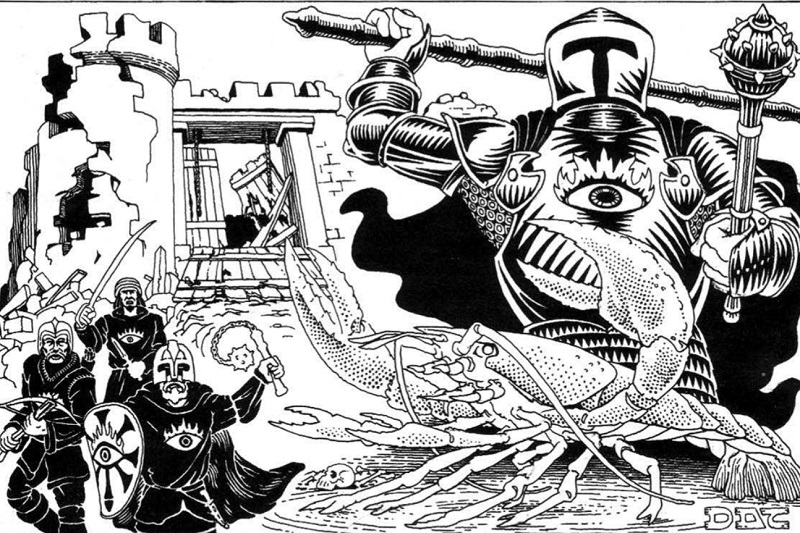 Early D&D was very much interested inproviding a world for players to explore, which in this case means getting up to all kinds of random mischief. Reading through the description of the town you’ll get a sense of an actual town full of characters–but then you notice all of them come listed with the equipment they carry and the treasure that’s on them. Here’s an example:

The farmer has 57 p.p. hidden in his mattress and a 500 g.p. gem secured in his pouch against hard times. The lintel over the front door is carved with acorns and oak leaves, and if politely asked, they will state that they are of druidical persuasion.

Leaving aside the fact that this text implies that the acorns and oak leaves talk, you start to wonder why so much attention is given to the gold. There’s a modest farmhouse which again, gets bizarrely specific with the kind of treasure in it:

Or you could read about a 4th level ranger with a magic +2 dagger, or how the tailor in town, is secretly an expert fighter and devout follower of St. Cuthbert, despite having only 19sp to his name. There’s a strange fascination with the treasure until you realize that it’s there for the same reason there are random items in the rooms in pretty much every CRPG–it’s there because the designers expect players to try and steal from these people. Or some other disaster to befall them. Or for them to offer rewards if you somehow help them.

This last one is a charitable assumption, but it’s also not without merit. These people do need help. The ruins of the Moathouse–a fort that was once an outpost of the Temple of Elemental Evil and a former watchtower, is a place of evil, shunned by the people of Hommlet. Its memory and vile reputation keep it empty…

At least that’s how it had been. But recently strange bandits and marauders have been seen on the road, a sign that evil is once again stirring in that ancient temple. And it is here that the players must come and explore initially. As they explore, they’ll learn that a new master has taken up residence in the Moathouse, and the adventure builds to a confrontation between a party of new adventurers (who may be around 3rd level if they’re lucky) and Lareth, a 5th level Cleric with incredible stats and magic armor with a description for the ages:

Lareth the Beautiful is the dark hope of chaotic evil: young, handsome, well endowed in abilities and aptitudes, thoroughly wicked, depraved, and capricious. Whomever harms Lareth had better not brag of it in the presence of one who will inform the Demoness Lolth.

It’s in moments like these that the module really shines. Lareth is a servant of evil who has been sent to restore the Temple of Elemental Evil and is but a pawn in the larger scheme–he makes for a great villain and a fantastic boss fight. He’s dangerous, and his servants might help make him deadlier–but even if he’s defeated his death carries consequences.

If Lareth is slain, the forces of evil start sending people out to try and figure out who has killed him, even going so far as to send a 10th level assassin after the characters. Hope they made friends with the retired adventurers hanging out in town. It serves as a lesson that every action in D&D has some kind of consequence, even if it’s not the one you think.