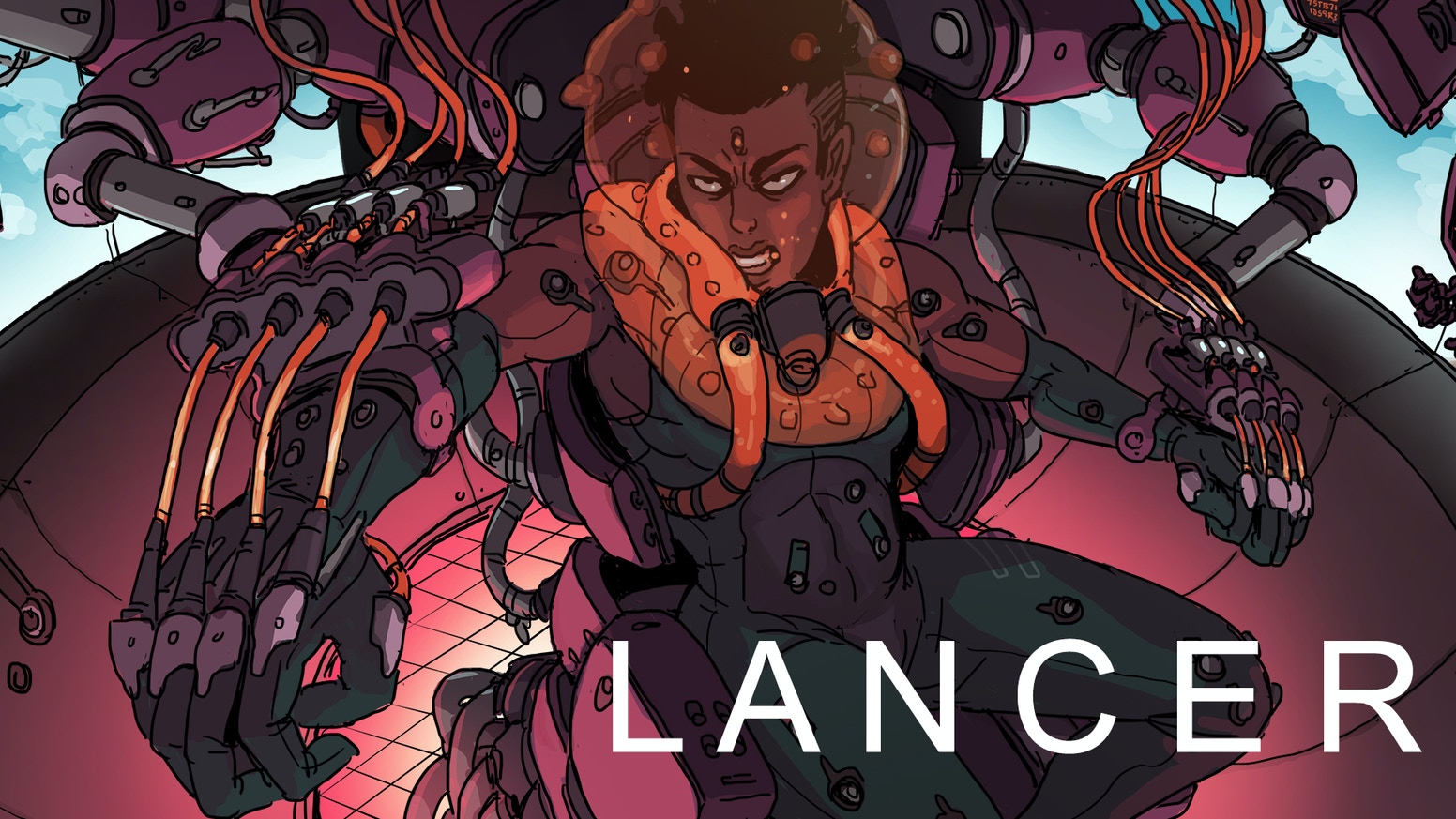 Massif Press, publishers of the ENnie nominated Lancer RPG, have withdrawn from this year’s awards in protest over a past decision.

Saying they are dissatisfied with the way that the ENnies have responded to concerns over a 2017 ruling, publisher Massif Press, makers of the Lancer RPG game, have stated they will refuse to be considered for an award from the organization until it no longer “implicitly endorse[s] harmful gaming products.”

The rpg product in question, Blood in the Chocolate, won the gold for Best Adventure in 2017, though this remains a controversial award. The product in question, a module for the OSR game Lamentations of the Flame Princess, is an adventure, loosely inspired by Willy Wonka and the Chocolate Factory, though it veers quickly into adult, offensive material, including scenes with violent sexual assault. It’s even described on the product page in question.

When asked for further clarification, DriveThruRPG responded to Massif Press with the following:

Update: @ENnies e-mailed us to follow up. We have removed ourselves from consideration for the Ennies. Here are the e-mails for clarity. While we're glad they reached out, we are extremely dissatisfied with their choice of language. pic.twitter.com/JecPHvRFox

It is my understand, based on your Twitter comments, that you have concerns with your ENnies nomination. Would you prefer to remove yourself from consideration?

Changes to both leadership and policies have occurred since 2017. The ENnies volunteer staff works to ensure the judging panel provides a fair review of all submitted projects and that the RPG community has the final decision via their voting on the nominees.

If something receives an award, it is because fans voted for it. The ENnies does not retroactively remove past awards. It would negate the will of the gaming community that voted for the products.

In their response, Massif Press point out that “public voting has no final tangible power to compel an organization to grant an award under its own rules.” And with recent uproar about content available on DriveThruRPG’s sister site, the DM’s Guild, this comes at a crucial moment for the popular tabletop RPG storefront. 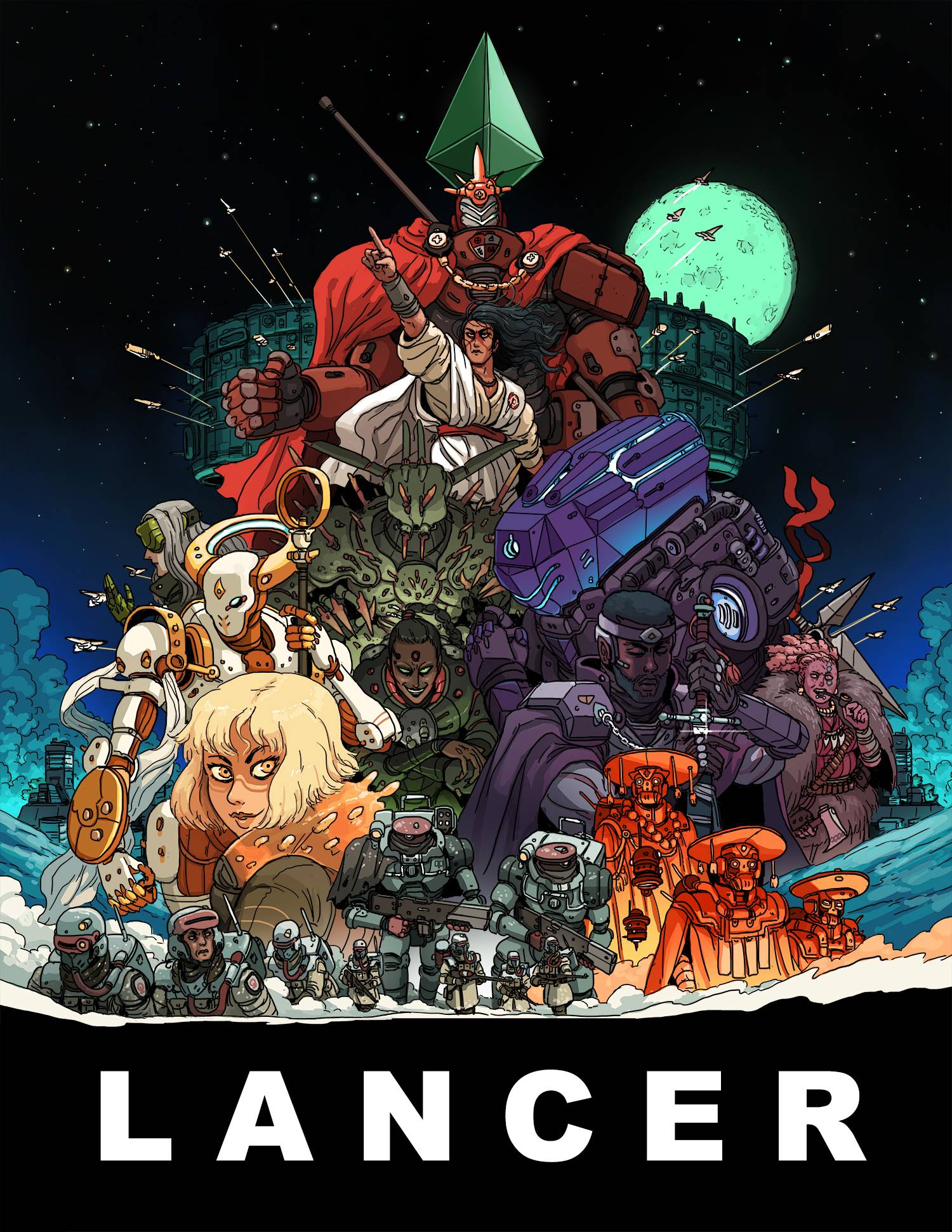 Meanwhile, one of the writers on the module, Kiel Chenier, has come forward with a public apology for their work on Blood in the Chocolate, we’ve included it in full below:

With the ENnie nominations for 2020 now public, I feel I should address my history with the ENnies and publicly apologize for the book I wrote that won in 2017.

I am disowning Blood in the Chocolate, and deeply regret its publication, and the award it won. I no longer accept the award.

I’ve apologized for individual aspects of Blood in the Chocolate in the past, both publicly and privately. I’d regretted its content and the success it enjoyed for a while now, but I hadn’t publicly addressed it in any meaningful way. I am now.

I am sorry I wrote and released Blood in the Chocolate. I am sorry for the harmful racist and sexist content within it, and I am sorry that I submitted it to the ENnies. I know I’ve hurt a lot of people with it, and by extension how many more people have been hurt by its support. I am sorry for my part in that.

The book relies on gross colonialist racist depictions of BIPOC, and contains sexual assault that’s used for little more than shock value. This was wrong at the time the book was made, and it’s wrong now. I am sorry that I wrote these and I understand why they were wrong.

At the time I wrote the harmful content in the book for two reasons, both of them very naive and ignorant. First, my intent with the book was to show the horrors of the colonialist capitalist machine as it was in 17th century Europe: people reduced to monsters to be used, horrible actions done to indigenous people in the name of gaining wealth, a metaphorical machine of slavery and abuse made literal in the form of a chocolate factory (a practice that still relies on the indentured labour of indigenous peoples today). I wanted to get these things across in as direct and monstrous a way possible, which was incredibly insensitive and ignorant to how it reinforced a lot of negative stereotypes of indigenous people of colour.

The other reason was less idealistic: LotFP is a brand that trades on shock value, graphic imagery, and controversy, and I naively wanted to be in line with that brand. I made everything in the book mired in body horror, sex, and violence without regard to how ignorant, sexist, and racist it was. It was always those things, and I was willfully ignorant to them. I regret this more than anything. At the time I was willing to ignore the harm that the depictions of these things (racist depictions, sexual assault) would do simply because I wanted to appeal to an edgy demographic. I wanted to be shocking because so much of the horror media I consumed (the kind of media that is similar in oeuvre to LotFP) was also shocking. That’s a bullshit and cowardly excuse, and I am sorry that I continued to make it. I understand how I’ve hurt people with BitC, and why the praise I received for it was wrong.

What I unintentionally helped to do with BitC was trivialize the experiences of victims of sexual assault. I also continued the vile tradition of normalizing the othering of indigenous people of colour. I willfully contributed to awful trends that have been used to objectify, lessen, and stigmatize women and people of colour for years. The content of the book is sexist and racist in some really terrible ways. Even though I didn’t intend any harm, and certainly hold no hate for women and people of colour, I still did wrong by them in a big way. I am so sorry for this.

What made things worse was BitC winning an ENnie in 2017. Since winning it I’ve come to understand the harm that did. Not in that it meant success for me, but that it was an accolade for a racist/sexist product: it further normalized and legitimized those depictions of racism and sexual assault as ‘accepted’ and ‘normal’ in tabletop roleplaying games. The industry as a whole has a big problem with colonialist mindsets and racist/sexist content, and I’ve added to that. The more this has sunk in for me the more I regret submitting it to the ENnies in the first place. This was my fault, I was wrong to do so and I am sorry for it.

I am disowning Blood in the Chocolate entirely, and unaccepting the award for it. I regret my part in its publication and promotion. I know that it was wrong, and since its publication I am doing what I can to get better.

I quit working for Lamentations of the Flame Princess in 2018 after James Raggi used Jordan Peterson to promote his company [https://dungeonsdonuts.tumblr.com/post/180010463949/preface-this-is-an-update-about-my-working]. I cut all ties to James, his company, and the many designers who still support him. Since then, my opinion of the company and its practices have only worsened. I am sorry for ever doing business with them, and have decried them in the years since.

I will be removing all posts and media regarding Blood in the Chocolate from my social media pages.

The rights to the book are currently still contractually held by James Raggi and LotFP until 2021, at which point the rights revert back to me. Until then legally I cannot remove it from the Drive Thru RPG platform. When the rights revert back, I will not be republishing this book through LotFP or any other publisher.

Finally, I am working harder to make up for the harm that I’ve done with this book. In the time since I’ve endeavored to be much more inclusive and measured in my writing and game design, doing my due diligence to do better research and be much more reflective before releasing a product. I understand that I’ve hurt people with my past work, and that’s not something I can in good conscience continue doing. I will do better.

Reading this, if you still do not accept my apology and these corrections, I completely understand. I know how badly I screwed up, and how wrong I was to do this. If you feel the need to unfollow me or my works because of this, I understand. Forgiveness and regaining of trust is something that must be earned, and I am working harder to earn that.

While the module is still available for sale, it looks like it is on its way out when the rights revert back to its author. Chenier outlines the harm the work has done and takes ownership for their role in it. This is, sadly, a rare sight these days.

As the 2020 ENnies draw closer, we’ll be monitoring the story and keeping you up to date. So check back for more info as the story develops.