RPG Spotlight: Alien, At The Gaming Table Everyone Can Hear You Scream 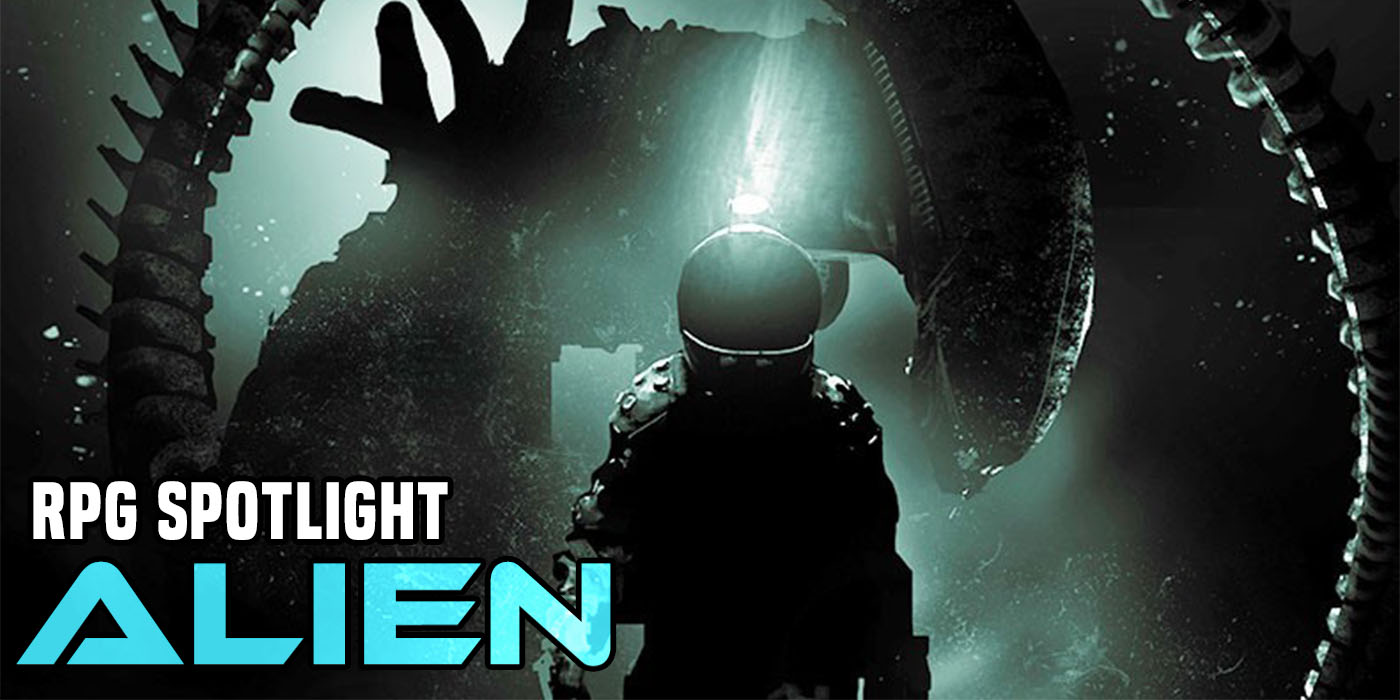 Prepare your spacesuit and find Jonesy, on this week’s RPG spotlight we’re fighting xenomorphs with the Alien Roleplaying Game.

A few months ago I wrote about playing the Alien RPG with my entire family. It went… okay. Aside from the fact that I went too easy on them, one of my family members cheated as hard as they could, and the only member of the crew to actually bite it was my mom who promised no holiday presents. But I didn’t spend as much time as the game deserves talking about it, so it’s time to loop back around and give the Alien RPG a proper spotlight. 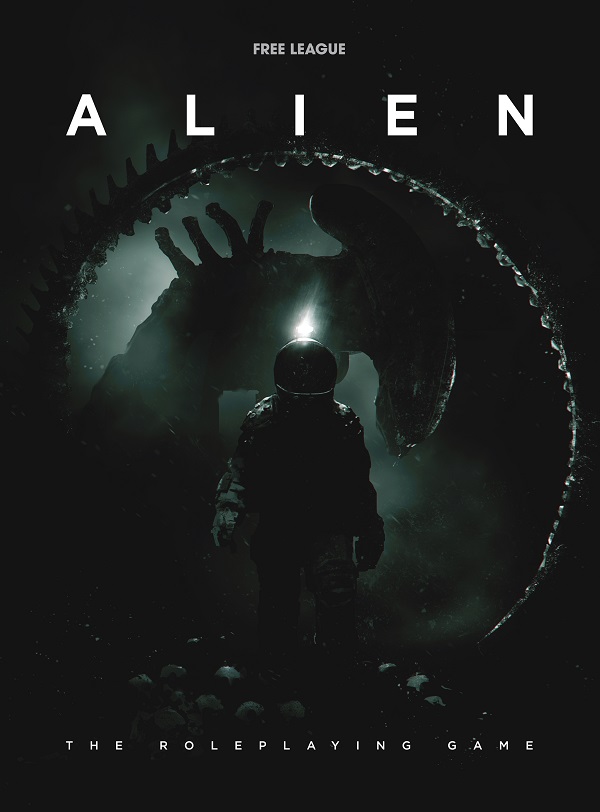 The first thing you’ll notice when you pick up this book – or in my case scroll through the PDF – is that the art is perfect. A mixture of muted colors and blurred edges create an art style that looks a little like concept art, a little like water color, and a little like forced perspective, and it works. Flipping through the pages of this book makes it feel like it’s a dreary day where things will go wrong or like I’ve suddenly been transported into the life of a space laborer and I’m disassociating just a little. It’s cool and it’s spooky and it adds atmosphere to your game before you even start it. It is also an incredibly complete book with maps of the greater known universe, a timeline, information about the world, cooperation, technology, and every other little thing that may be good to know while running this game. If you’re a more casual fan you may gloss over this and if you’re a super fan you’ll likely already know it, but for that large group right in between the two, this will be an undeniably helpful resource or a pretty interesting read from a sci-fi point of view.

So the book itself is 400 pages of beautiful art and cool background info, but how is the game itself? 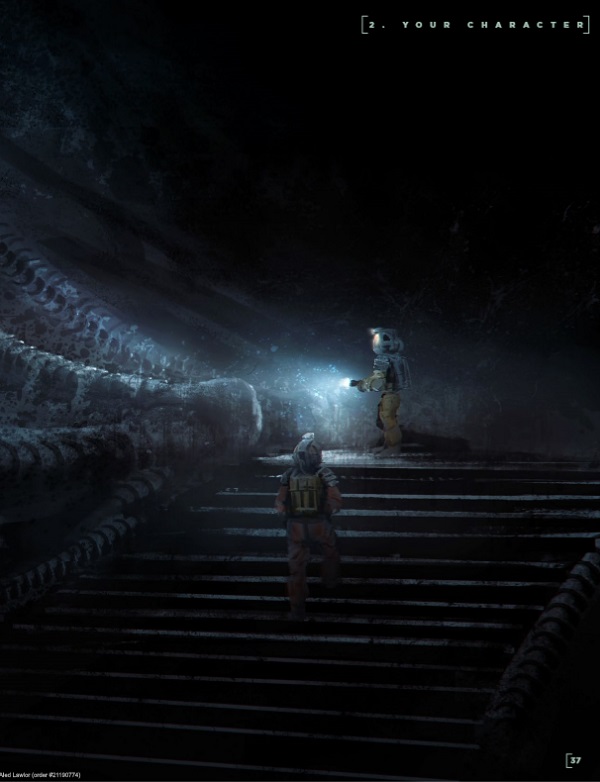 Character creation isn’t difficult by any stretch, but it also isn’t quiet as quick as an Apocalypse system or Quest. A one page sheet covers everything you’ll need to know about your character with a second covering your ship, but honestly the ship sheet won’t come up in most games or even every campaign if the GM doesn’t want it to. Every player picks their career (Marine, Marshal, Company Agent, Kid, Medic, Officer, Pilot, Roughneck or Scientist) and then assigning values to your attributes. Players assign their own values to each attribute making sure that each has no fewer than 2 and no more than 4 and that the total does not exceed 14. The exception is your “key attribute” which can have a 5. The example that the book gives is the Roughneck career has a key attribute of strength so your strength can (and should) be a 5. From here we move onto skills, or the clouds surrounding each attribute which you can similarly designate your own values for up to a pool of 10 points. Each player gets a few talents, some gear, a personal agenda, and they’re sent on their way to handle the xenomorph problem. All in all an experienced RPG player will fill out this sheet in twenty minutes or less while it was an hour long mini-session for my very rusty players. 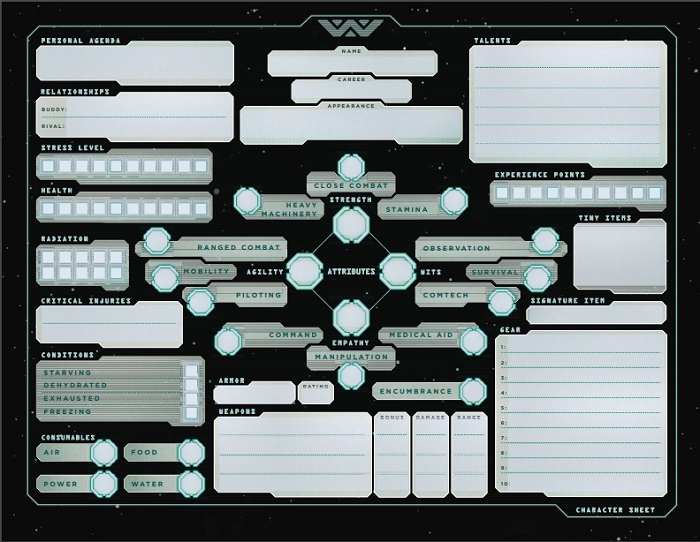 The Alien RPG system has propriety dice that look pretty darn cool but aren’t entirely necessary if you’re willing to get a little creative and have two sets of different colored dice available. When you need to test a skill you roll a number of dice determined by your levels of skill and attribute; if you have a higher skill you will roll more dice and have a greater chance of success. This is unfortunately ones of those games where a 6 (or a + on their special Alien dice) is success and everything else is the gaming equivalent of a shrugging emoji, so if you have a low to mediocre skill level, there’s a decent chance you won’t succeed, but rolling multiple successes allows you to perform stunts. If you’re desperate to succeed, a player can “push” their roll, but this can cause your character stress can only be done once so it’s important to make it count. 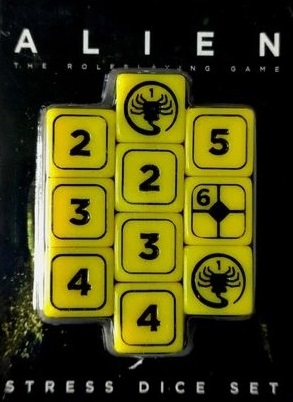 “Stress” is what takes this decent RPG system and transforms it into an anxiety inducing addition to the Alien universe. Failure creates stress, a mark-able status on your character sheet, and for each stress box you check off you add a stress die to your dice pool. On stress dice the six still denotes success, but a one looks like a face hugger and can trigger more stress or cause your character to panic. Panic can look like a character dropping everything and running away, doing completely catatonic, uncontrollable trembling anything in between; there’s a chart, but a creative GM can stray with it for the sake of their story. And further, especially stressful things in a game can trigger a character to visit the panic roll chart. Seeing a xenomorph for the first time, suffering a critical injury, or witnessing something horrible happen to one of your crew-mates can all force you to roll for panic regardless of where your stress level is. Not dissimilar from Call of Cthulhu, in the Alien game fear and anticipation are tools for the GM to wield with real, measurable consequences. 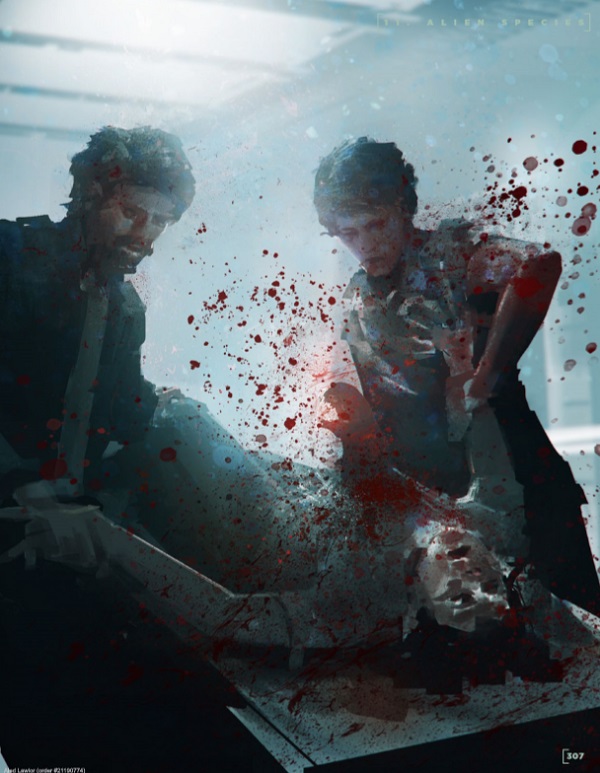 All in all, this is a solid game. Everything about it from the cover art to the rules feels like it belongs within the Alien universe and works to create an atmosphere where it’s impossible to get too comfortable while managing to stay fun.

If you’d like to add the Alien RPG to your collection, you’ll find everything you need on their official website.

Have you played the Alien RPG yet? How long did it take for your character to find themselves on the panic chart? Which of the movies is your favorite? Let us know in the comments.