These Cat RPGs Are Purrrfect 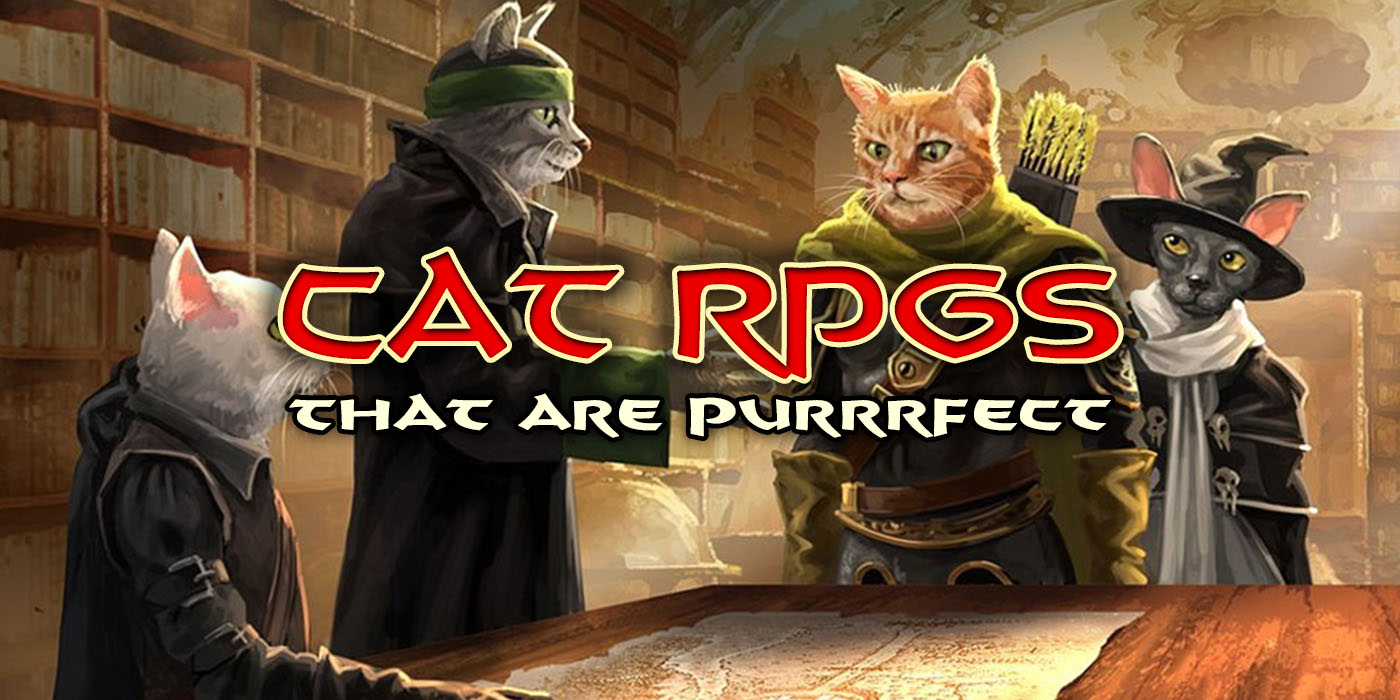 You’re on the internet which mans you’re probably looking for one of two things; nerd culture news or cat memes. Well these RPGs have combined them for you.

Who doesn’t love cats? Sure, they’re demanding little monsters who sleep most of the time and make us clean their poop out of a sandbox, but they are a nearly bottomless source of cute videos and hilarity. If you enjoy coming to the endless pool of the internet’s collection of cute cat content, you may be interested to hear that there are quite a few tabletop RPGs ready to cater to you. 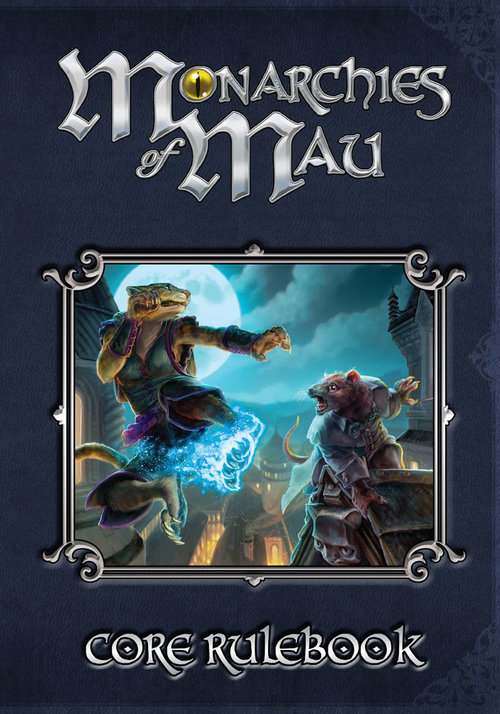 A few months ago I gave a shout out to Pugmire, an RPG which is effectively hit-for-hit D&D with dogs. And this is a concept you can’t go wrong with. Dogs are great, D&D is great, almost everybody interested in tabletop RPGs are more than familiar with both of these things as a concept, and Monarchies of Mau is the feline expansion of this same universe. Everything about this game is easy to fall into from the familiar rules to the use of different breeds of cat as D&D races to the fact that the animal are humanoid bipedal versions of companions you’re spending your real-life time with. 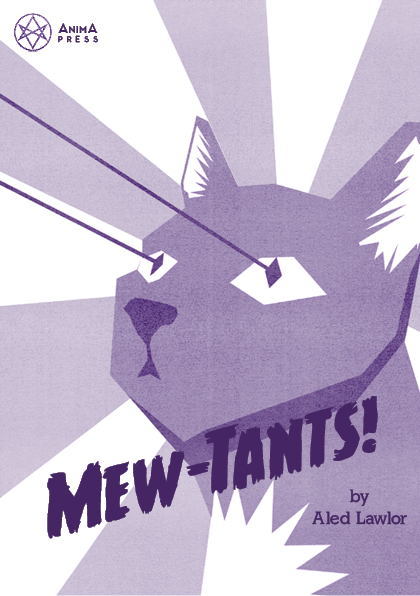 Mew-Tants is a game where everybody is a pretty normal cat except that they also happen to have super powers. But besides the super powers? Totally normal cats. If you’re attention has been immediately gotten, mine was too. It’s a short and simple system that mixes in serious gameplay mechanics with Internet meme goodness. Some of the super powers you can pick are Nyan Cat, Long Cat, and Keyboard cat along with more generic powers like Laser Eyes and Mind Reading. You take your cat and your super powers and go out into the world doing cat things like finding and eating kibble, finding boxes to sit in, and thwarting the local alley cat gang’s kibble heist. Y’know, normal cat stuff. Good kitty. 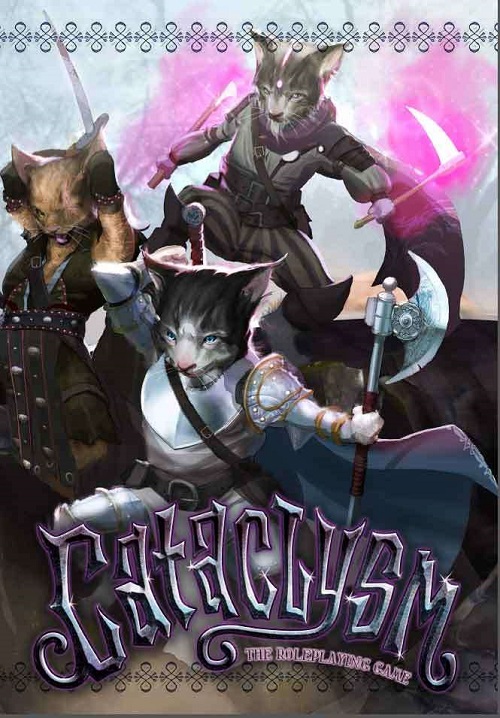 There were humans, but now there aren’t and now is the cats’ chance to shine. Defeat the evil hoards of rats and toads, travel the land looking for ancient human artifacts and “meowgic” (Get it? Meowgic?), and find the warmest sunbeam to nap in between encounters – you deserve it. CATaclysm prides itself on being a simple RPG to learn and play that will appeal to cat people and RPG people alike with streamlined rules and a one d10 system. Plus, look at that cover art! 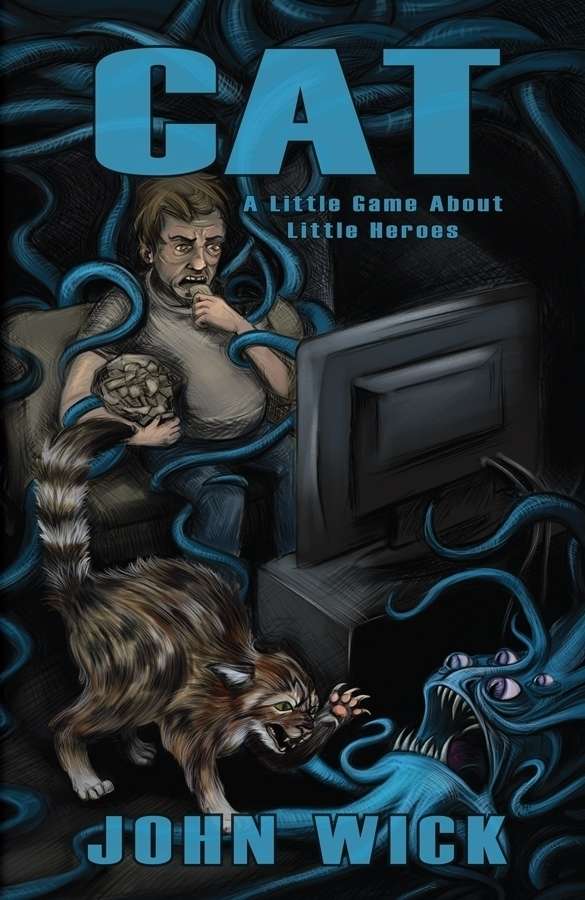 I thought John Wick was more of a dog person, but here he is writing an RPG about cats. The premise is wonderful in its simplicity – cats can see the monsters that humans cannot and take it upon themselves to defend their people. Cat’s don’t see us as capable hunters so they have to hunt the small rodents and defeat the giant monsters while we the people… don’t seem to notice. Another game with a simple mechanic and, CAT is a perfect game to bring to a family game night or use for a one-shot.

Do you have any cats? Are they the adventuring type? Do you like the idea of incorporating cats into your RPGs, or is your maximum level of overlaps a cat trying to steal your d20 from time to time? Let us know in the comments!