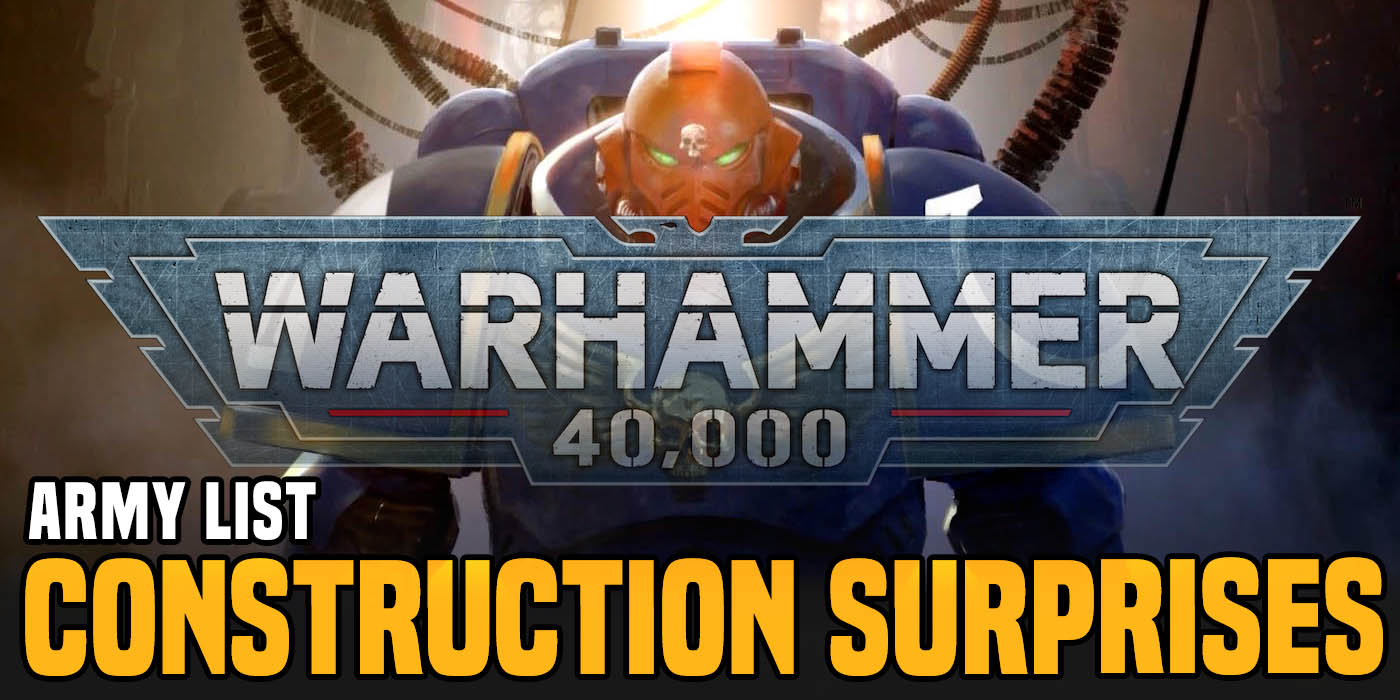 People are digging into 9th Edition points and making lists. But there are some unexpected changes in army construction.

It has certainly been a busy week, if not a busy Monday. The new point numbers for units were released, in addition to the updated FAQs for all the armies. This past Monday was certainly busy because of this.

The Points Are Upon Us

People all over the world are busy building new lists and coming up with all new ideas because the point values of some units went up a fair number of points. Along with the Core Rules, points and FAQ, we got a little glimpse of the missions. Having seen all these, there are a few questions that have come up, in regards to the new core rules.  If you watched or read some of the rulebook previews there is a new way to build your forces when playing the missions and it has caused some discussion among players on organizers. We will be talking about the possible new restriction to building your army for a tournament, this week.

Wait, I have to choose ahead of time?!

For those that may not be aware, there is a new wrinkle in how you build your army. In 8th edition you could change things like your warlord trait, relic, psychic powers, etc. before each game. In the upcoming edition you now have to determine these things before the tournament event starts. Some people feel that this is a bad thing for the game. It really brings home the fact that you will need to choose carefully on what you want to bring for your warlord to a tournament. If you choose something too specific then you may have gear or powers that are useless when faced with an opponent you did not expect. Depending on the opponent, this could almost be seen as a loss before the game even begins. The flexibility to tailor your relic, trait and psychic powers to your opponent is seen by many as part of the fabric that makes a good player. They see this new way of mustering your army as a hindrance that is more beneficial to armies that may have more options available to them. Although we have some good reasons for not using this new way of building your army, there are a few reasons why we probably should.

The Advantage of Time

Lets not kid ourselves, the current edition takes a long time to play in a competitive environment. Whether by choice or circumstance, the time to play the game has been as issue that many organizers have to deal with. If it becomes mandatory to have preset items in your army list, then that should help is cutting into game time. I have seen many a game take long because players spent a lot of their time trying to figure out what warlord traits to give their army or to figure out what psychic powers they are going to use for all 15 of their psychic units. This requirement would definitely help save time and arguments. t would also make things easier for the organizer as they can easily tell what players have chosen and it should be on the army list. There should be no issues with wargear between games since it should be the same throughout the tournament. If there is an issue, it will be easy to check and see if the player is being dishonest just by checking their list. Same goes for upgrading a unit before a tournament. Some upgrades were situational but now with limited command points and not knowing who you will come up against, you may not want to spend those extra command points for something that may not even come into play. Finally there is the issue of the recent codexes and Psychic Awakening books. Lately Games Workshop has been making it a point that some things need to be done while mustering your army. So even back when they were developing these books, they were already moving towards this requirement that certain things had to be done while building your army.

Personally, I don’t really lean one way or the other. I can easily see the issues with both ways of building your army for a tournament. What I think will happen is that the big tournaments will follow what Games Workshop is describing and, as a result, a lot of the smaller tournaments will follow suit. This will most likely trickle down to the local Rogue Trader Tournaments since they are usually used as practice for the larger tournaments. I could be wrong though.

~That’s all for this week. i hope you enjoyed the article. Let me know what you think, and what you think of this new requirement, in the comments section below.