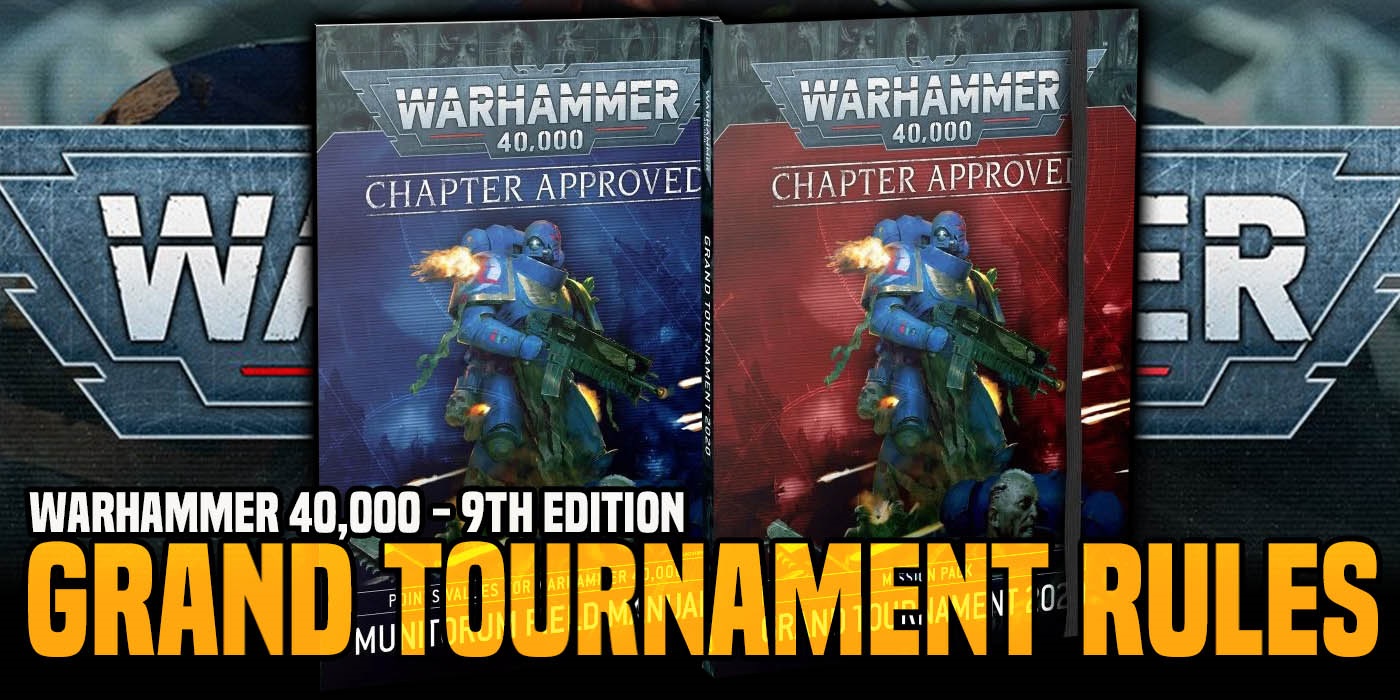 Have you been itching to learn more about how the official Games Workshop Grand Tournaments will work? Check these pages out from Chapter Approved 2020.

A new edition is only a few days away and Chapter Approved is launching right along side it. Not only is it a massive points shuffle, it’s also packing in some new Grand Tournament Standards. GW has been getting feedback and data from a lot of the big tournaments for all of 8th edition so we’re very curious about their GT rules – and now we’ve got a peek at them! 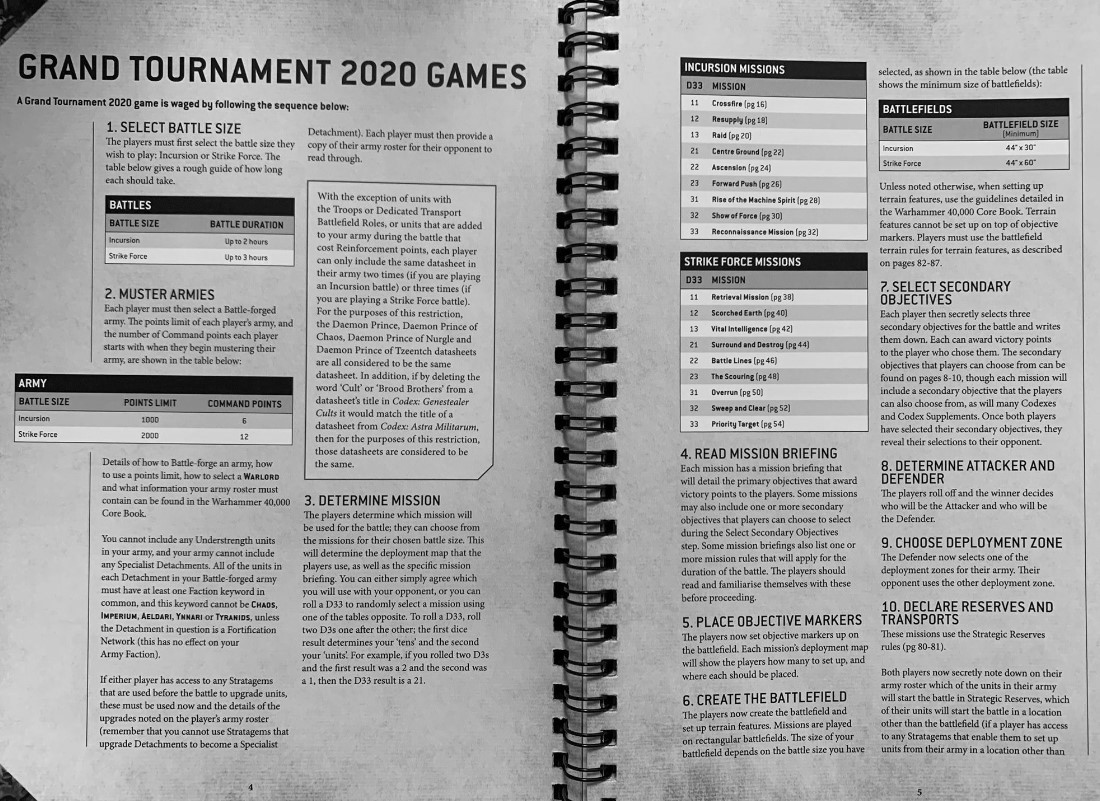 These first few pages just cover the basics – game sizes, time limits, table sizes (in minimums), and some more structure about army building restrictions as well as battlefield info. A couple of things to note:

Now, Tournament Organizers might opt to allow one or both of those things but it is an interesting observation. It’s also noteworthy that they have you roll randomly for the mission. Most Tournaments will decide the mission for the round for all players so again, these could be considered more like guidelines vs strict “How To” rules. 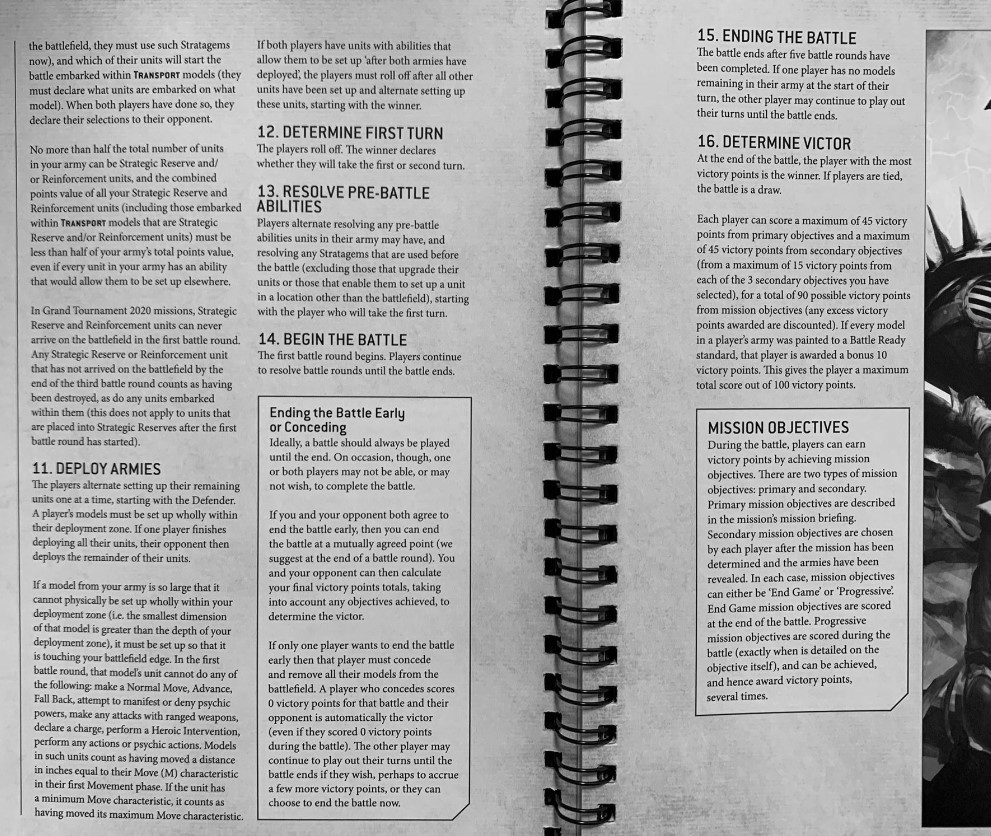 More info on the game setup here. We also get a look at the first turn die roll (no mention of Seize the Initiative) and we also get a nice section on Ending the game early. It’s worth noting that if a player concedes the game they must remove all of their models from the board and they score 0 points. The other player can opt to stop and score then or they can choose to play out the rest of their turns in an effort to score more VPs.

Also, Step 15 is worth reading. It’s a 5 battle round limit and if a player has no models left of the table their opponent can continue to play out their turns until the battle ends. Again, this is probably in the rules so that the player can try to score even more VPs and complete other objectives. The max score is 90 plus 10 bonus VP if your army is painted. The player with the most VPs at the end of the game is declared the winner. 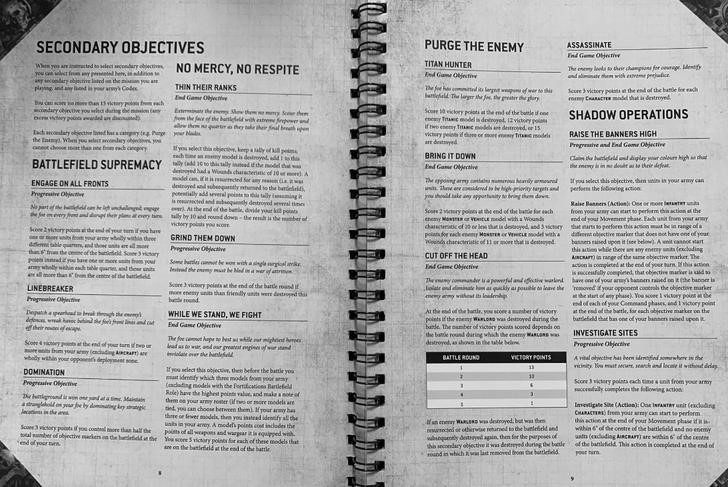 He’s a look at the Secondary Objectives. There are quite a few and we won’t go into all of them but they are fairly varied and some of them should look pretty familiar. 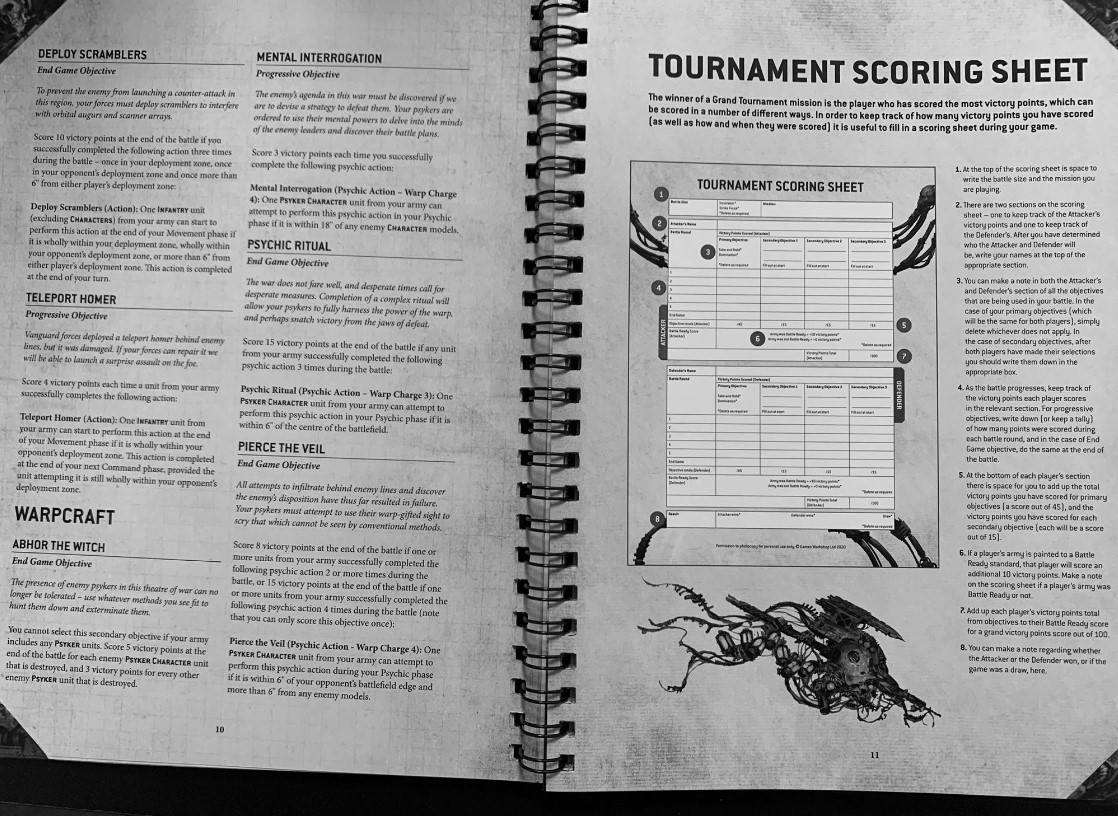 Here’s another page of the Secondary Objectives and the scoring sheet to go along with it. Overall, it’s a pretty simple system to follow. If you’ve never run a tournament or are looking for something to use in the future you can’t go wrong with these GT rules. 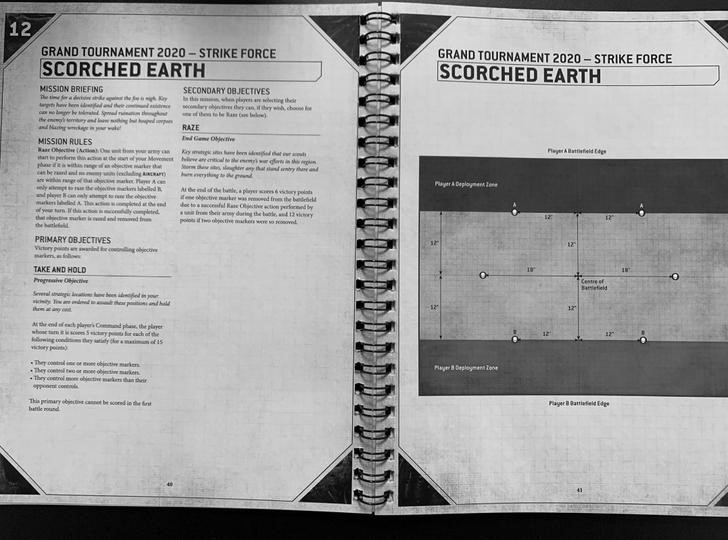 To go along with these rules there are 9 Incursion and 9 Strike Force Missions to play. Each mission has a different deployment layout for the zones, different missions rules and different objectives. If you’ve played 8th edition missions they should be familiar but a word of caution: Read the missions. They are actually different! Just to make sure you understand how to actually score those VPs make sure you read those new missions!

All of these rules and missions can be found in the upcoming Grand Tournament 2020 book as part of the new Chapter Approved pack which will be available next weekend!

What do you think of the new GT rules? Anything jump out at you in particular?