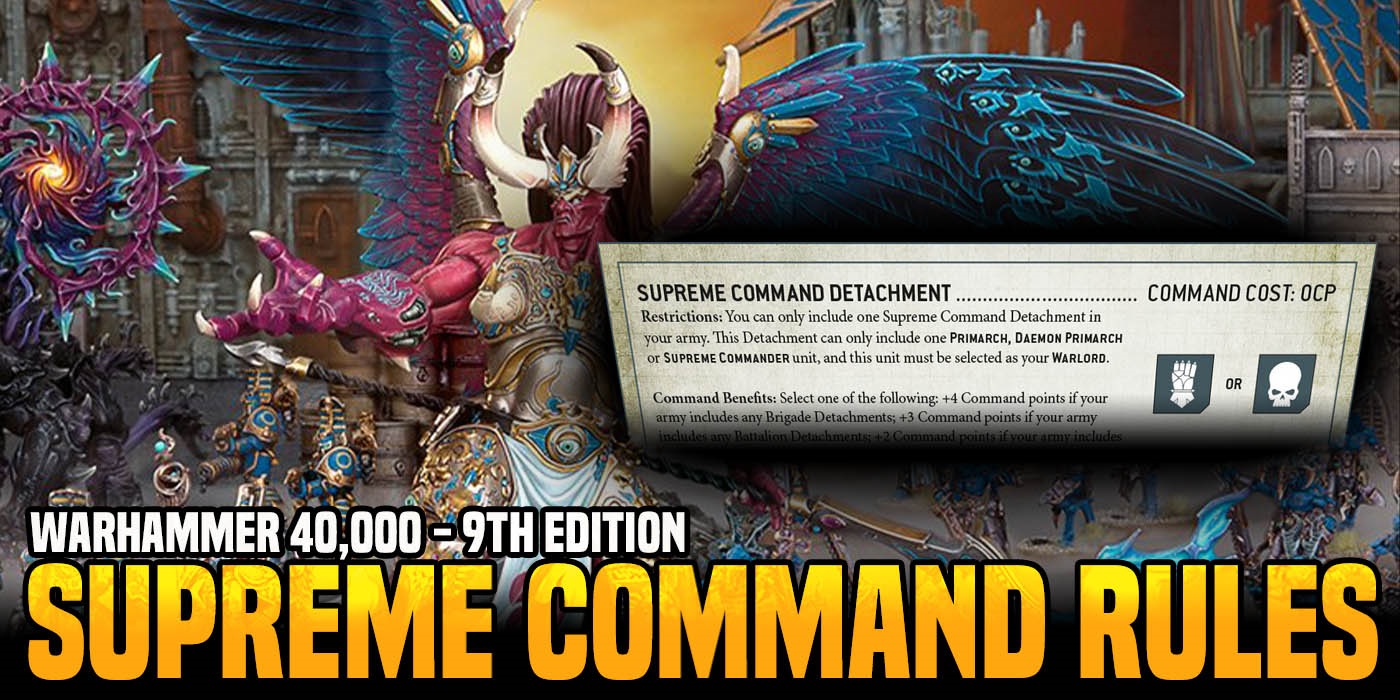 Primarchs, Daemon Primarchs and Supreme Commander units have an updated way to be added to your armies thanks to the Supreme Command 40k Detachment rules.

This one is for all the folks out there wanting to run one of the legendary leaders in their lists. Magnus, Mortarion, Guilliman – you get the idea. It’s a tweaked version of the old version because of how Command Points will work in 9th.

It might cost 0 CP but there are some restrictions. For starters, you can only have 1 Supreme Command Detachment in your list. Hence why it’s the “Supreme” Command, right? It would be kind of silly to have two. Anyhow, It’s also limited to one Primarch, Daemon Primarch or Supreme Commander unit. Hmm…I wonder if GW is trying to hint at more units coming to the game eventually because right now that seems like a narrow list. I can’t think of any current Supreme Commander units in the game off the top of my head. Sure, there are some units that probably should get that title, but again, I don’t see that as a key word at the moment.

Anyhow, the one Primarch, Daemon Primarch or Supreme Commander unit also must be selected as your Warlord. “Ah-HA! So it WILL cost you some CP to bring this Detachment!” If you’re thinking that keep reading. As a Command Benefit you get to select to get a refunded amount of CP based on other Detachments you have also brought along. 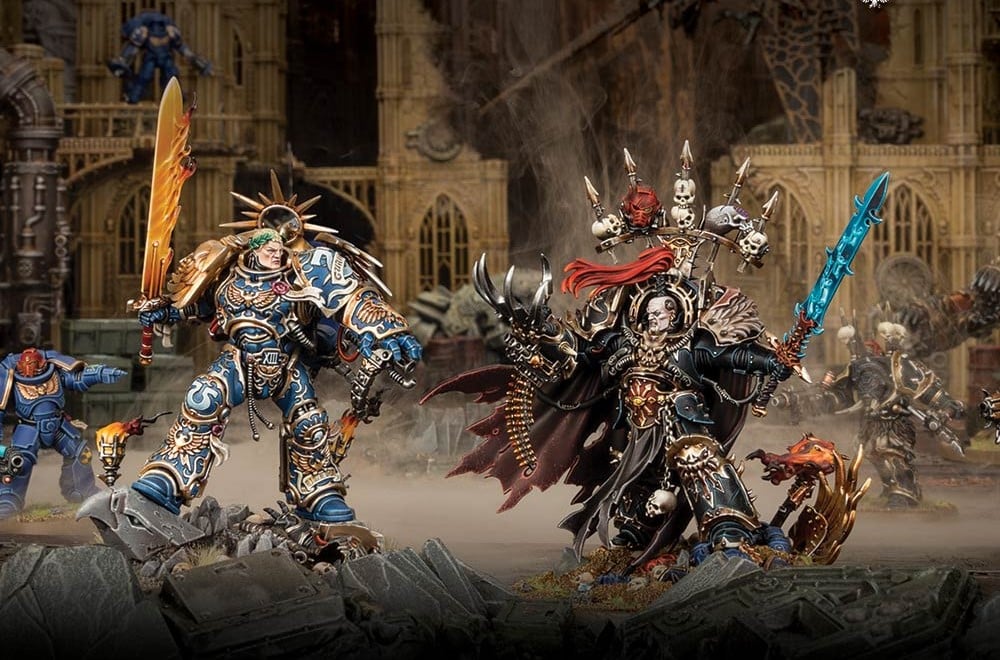 This seems like a good way to get one of those Lords of War or HQ units into your list while still giving you the flexibility to take other Detachments you might need/want to run. You’ll still be able to get the Command Points back for your larger Detachments, too.

If you wanted to run two Daemon Primarchs in a list, you can still do that – you’ll just have to pay the CP to run a Super-Heavy Auxiliary Detachment:

Will this change the way people build lists? Slightly. Now, as with everything in 9th when it comes to list building, folks will have to adjust. It’s not a monumental change, but it’s a way GW is trying to give everyone – no matter what your army build is – the same number of CP to start. For some armies it’s going to be less. For some armies it’s going to be more. They basically raised the floor on CPs and lowered the roof. How you spend them now is still up to you.

What do you think of the change to the Supreme Command Detachment? Will this impact your list building? 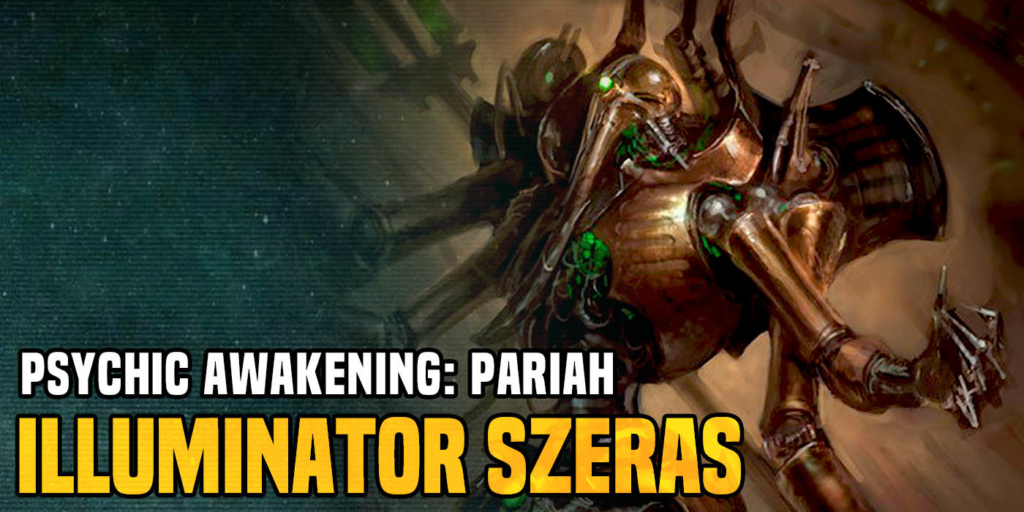