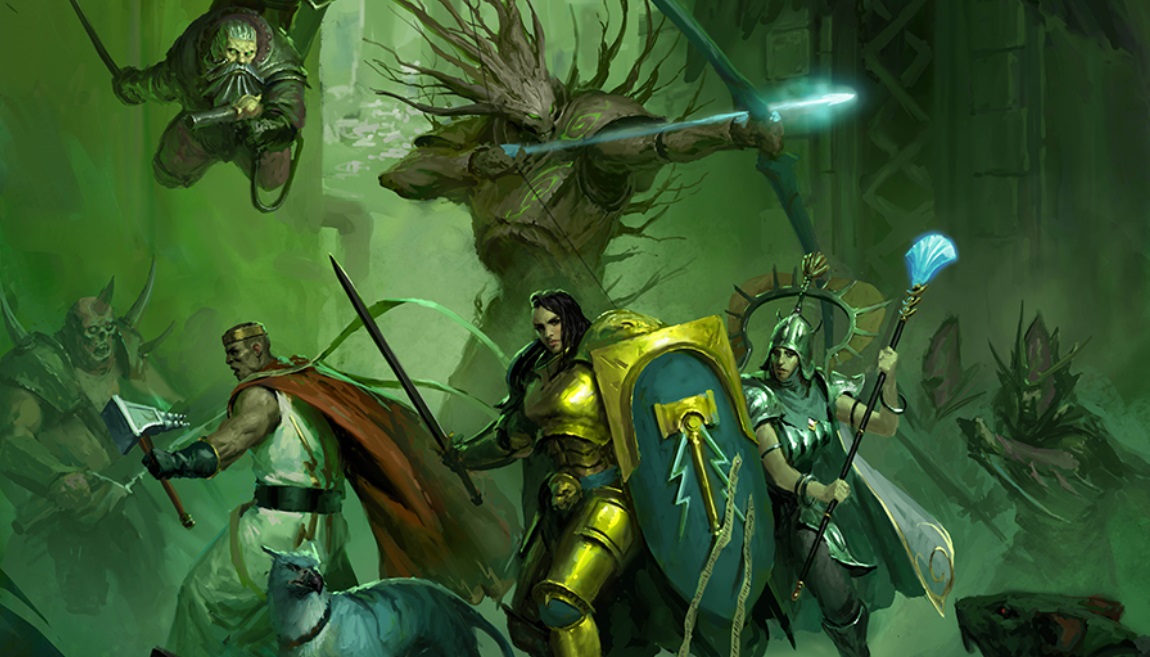 The majestic cities in the Mortal Realms are triumphant bastions of gleaming artifice–and as a new Soulbound supplement reveals: rotten to the core.

A secret conspiracy of Aelven outcasts threatens the heart of a city, mist-shrouded streets hide lurking threats, and six deadly adventures outline a campaign of treachery and adventure as your Soulbound squad tries to save the city of Anvilgard from a conspiracy of Shadows in the Mist.

Which is also the name of the newly revealed book from Cubicle 7–this book consists of six ready-to-play adventures set in and around Anvilgard and pits characters against a sinister society known as the Blackscale Coil. The Soulbound heroes will have to rely on each other in order to succeed, as the Blackscale Coil has infiltrated every level of Anvilgard’s society–pre-order the adventure today and unlock a pdf of the first adventure of six as soon as you order. 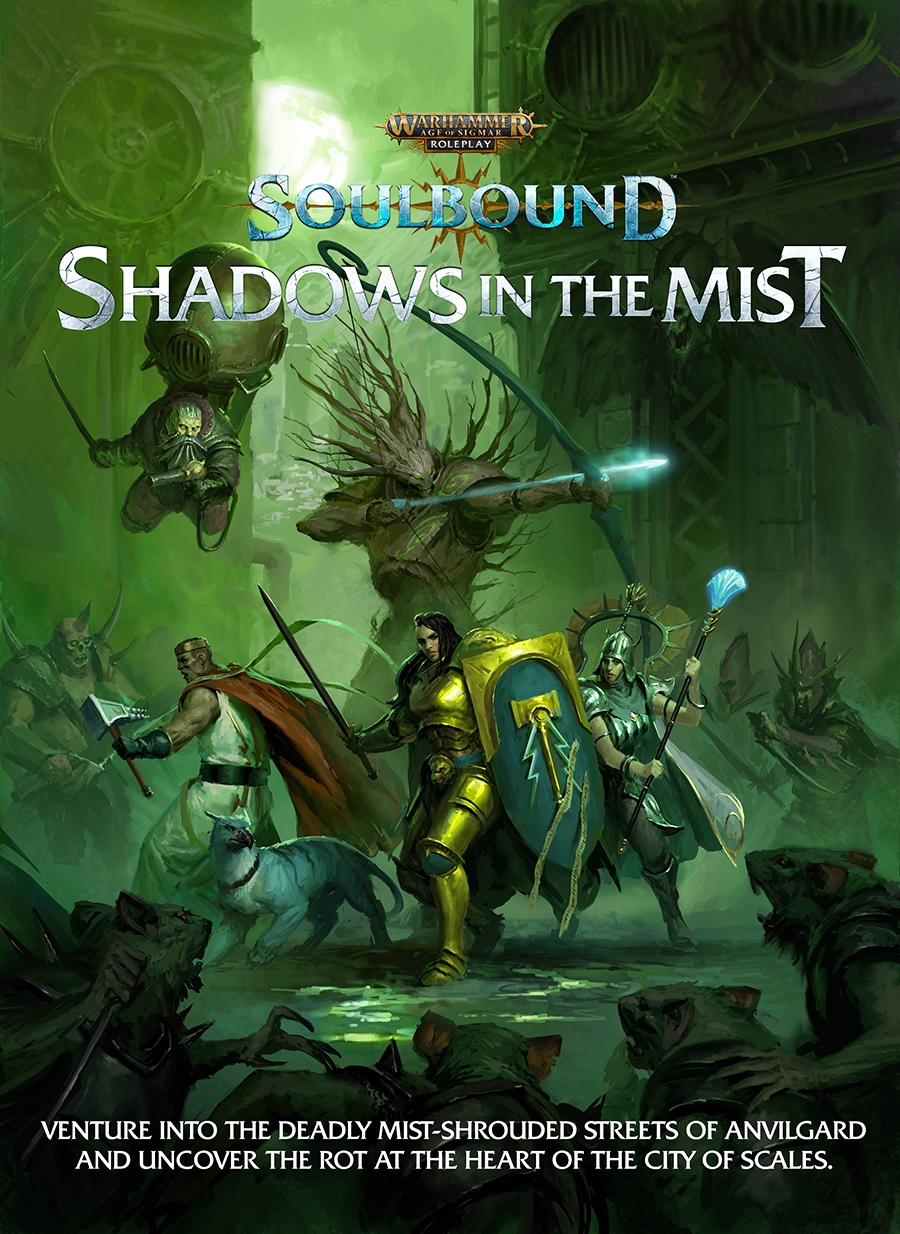 There is a rot in the heart of Anvilgard. While the Anvils of the Heldenhammer looked outward, a cabal of Aelven outcasts has taken root within the city. Known as the Blackscale Coil, this mysterious group has infiltrated every facet of Anvilgard’s society, and seeks to make the city their own. But the Coil is not all there is to worry about – an even greater threat lurks in the mist…

Venture into the deadly mist-shrouded streets of Anvilgard in the first ever campaign for Warhammer Age of Sigmar: Soulbound. Shadows in the Mist contains six exciting ready-to-play adventures set in the city of Anvilgard. These adventures can be played as a complete campaign that sees the Soulbound uncover the truth of who — or what — is threatening Anvilgard, or can be used as individual standalone adventures. Shadows in the Mist also contains a comprehensive guide to the city of Anvilgard, including places of interest, major factions and people, and other threats that lurk in the mist.

When you pre-order the hardcopy of Shadows in the Mist, you will receive the first thrilling adventure, Blood Tide, immediately. The following content will be released regularly and you’ll receive the PDF as soon as it is available.

Adventures will also be made available as individual digital publications via DrivethruRPG and our Webstore.