If you’re interested in Morgwaeth’s Blade-Coven or Morgok’s Krushas in your armies in the Mortal Realms, good news! Their Warscrolls are out today.

Two new Warbands will be entering the Beastgrave this weekend, and that means soon you’ll be able to bring a trio of powerful Iron Jaw orruks, or a coven of lithe and deadly Daughters of Khaine into battle against the forces trapped inside the Beastgrave by the dastardly magic of Nagash. However, before they’re trapped inside a hellish battlezone from which there is no escape, not even the release of the grave–you have a chance to field them in your armies.

Games Workshop released War Scrolls for the two new Warbands earlier today–come take a look at Morgaweth’s Blade-Coven and Morgok’s Krushas as they operate in Age of Sigmar. 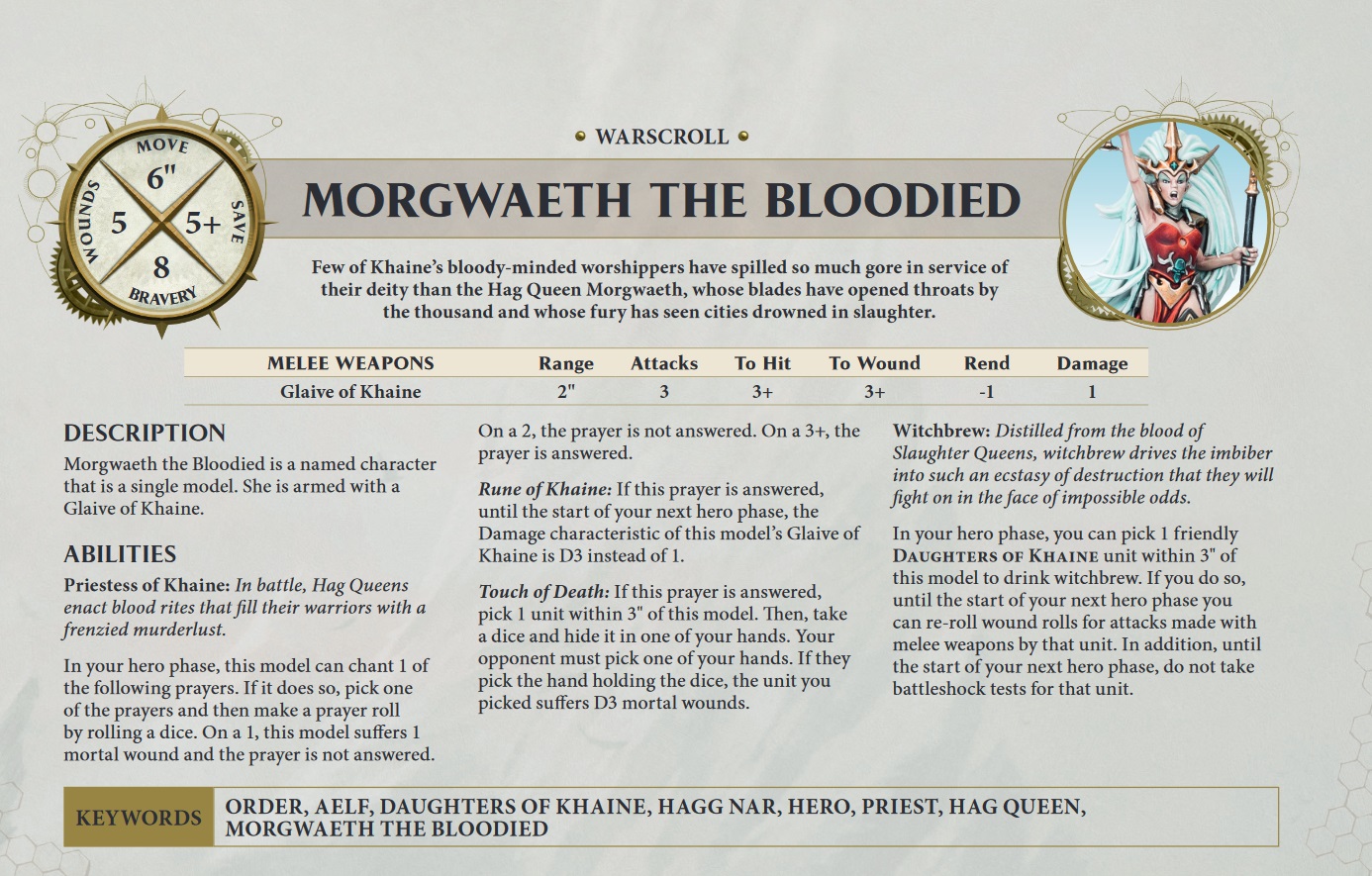 Here’s Morgwaeth, who functions as a Hag Queen capable of doling out some witchbrew to nearby units, while laying waste with her Glaive of Khaine. 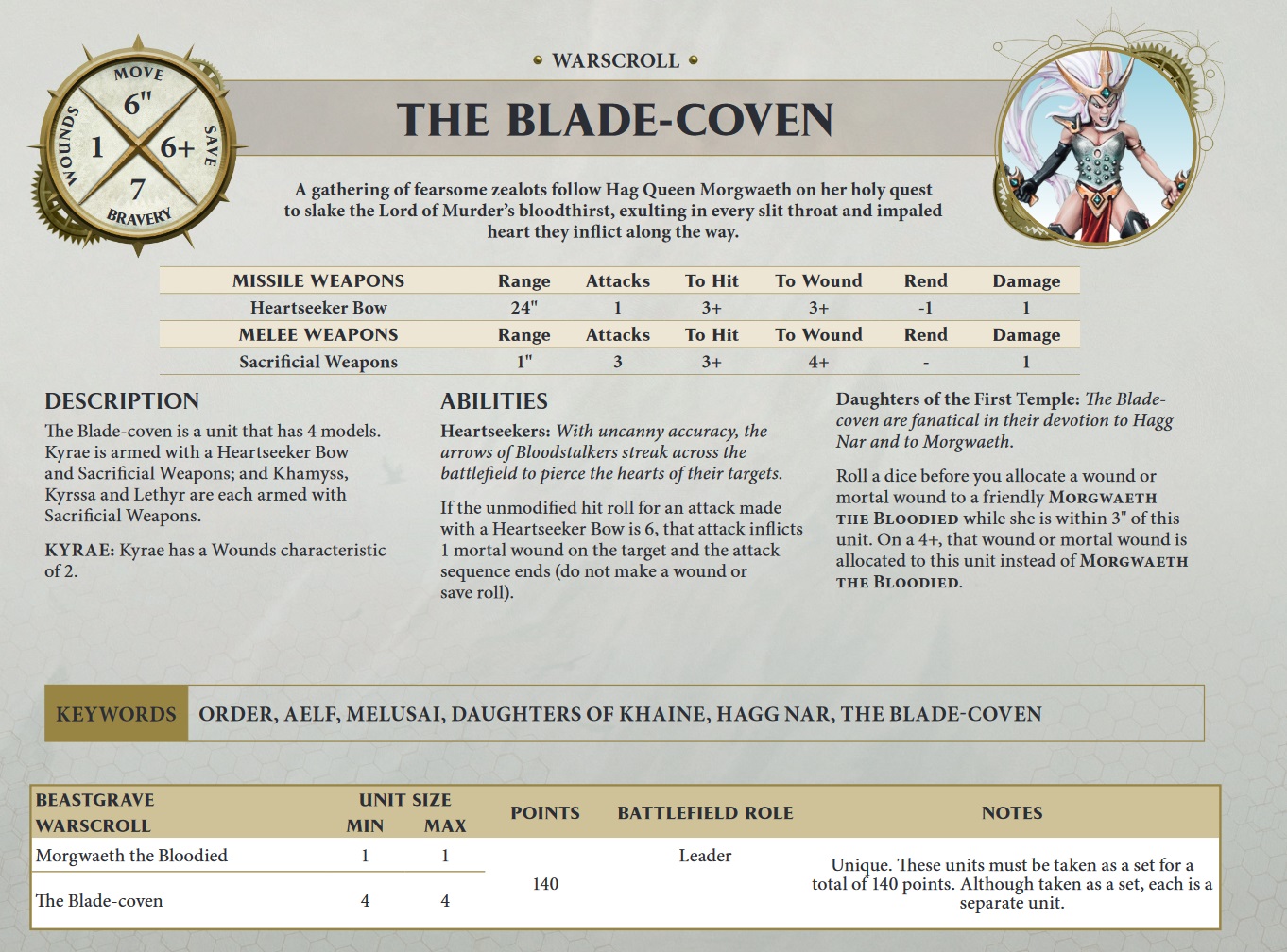 The Blade-coven, which must also be purchased along with Morgwaeth, hit pretty hard themselves, giving you a nice mixed-unit to play around with, since you’ve got a heartseeker bow to mix up with your sacrificial weapons. 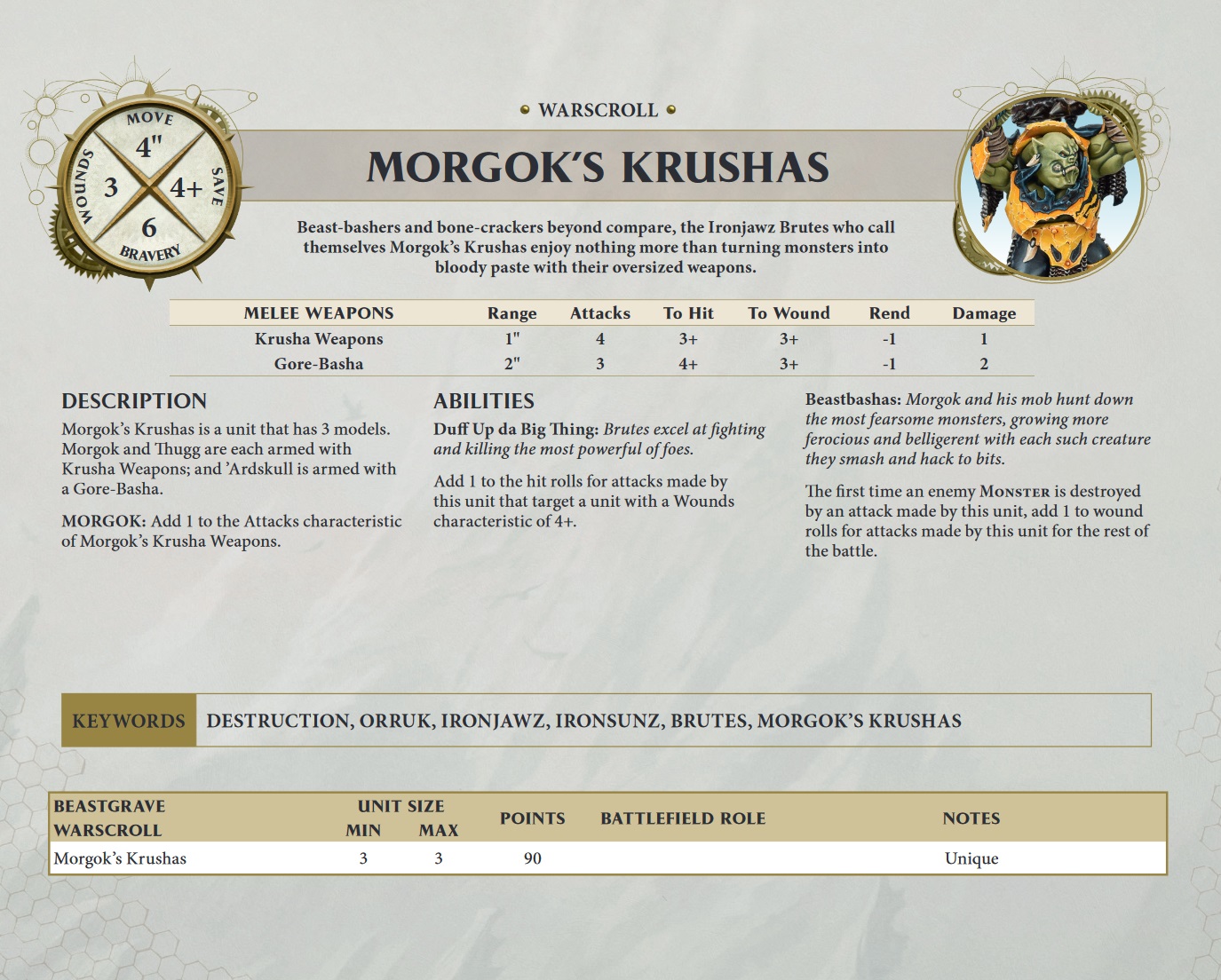 Our Orruk friends, meanwhile, are much simpler and straightforward, as befits their nature as forces of Destruction. These boyz are brutes, who will get in there and attack with their Krusha weapons and Gore-basha, and they are particularly excited to hit big things.

Simple, easy, but that’s greenskins for you. They know what they like, and they’re pretty good at doing it.

Both of these warscrolls are available to download now, so follow the links below–and if you’re thinking of grabbing one of these forces, you can pre-order them this weekend, so keep your eye out for that!

Which ones will you field in your armies?