There is a new Warhammer: Age of Sigmar video game on the way. Say hello to Storm Ground!

Revealed earlier today at Gamescon2020, there is a new Warhammer: Age of Sigmar video game coming in 2021. Check out Storm Ground’s trailer:

We don’t have any gameplay or release date (other than the aforementioned 2021). The game is slated for a release on PC, PS4, Xbox One and Nintendo Switch. We do have some cool features from the trailer for various Stormcast units. Storm Ground is pitting the Stormcast Eternals vs Nighthaunt – at least based on the trailer.

Based on the looks of the units and the voice over in the trailer, I’d wager that this might take place during early days of the Age of Sigmar or possibly closer to the Soul Wars. It’s a pretty classic line-up with those two faction going at it once again.

According to IGN, “Gasket Games is made up of veterans from Relic Games” and that’s a good sign. Relic, of course, is responsible for the Dawn of War games so they do have a pretty good relationship with Games Workshop and their respective IP. There is speculation on if this will be a strategy game  but that is based on the history of the games members of Gasket Games have worked on…And a splash screen from their website is a big hint: 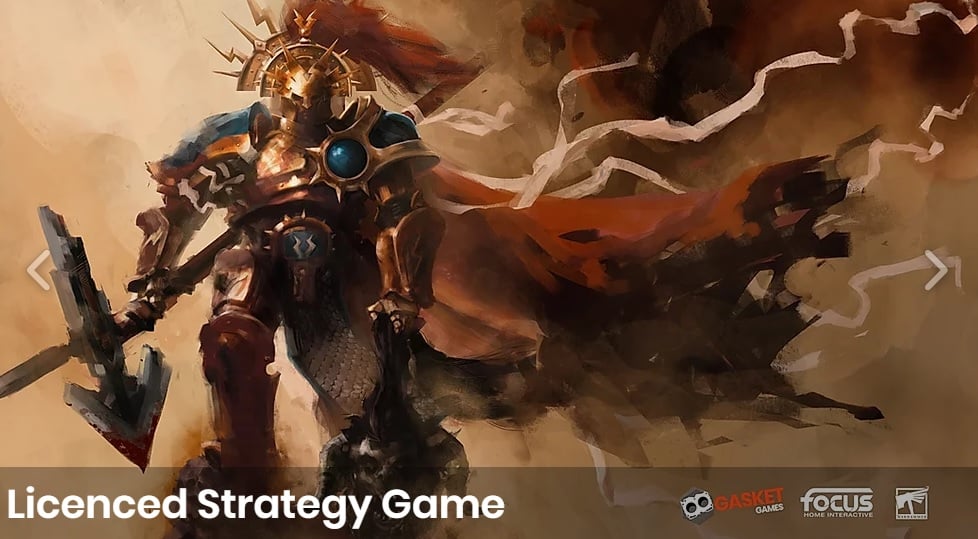 “We are developing a new cross-platform strategy game with Focus Home Interactive and Games Workshop. Stay tuned for more announcements on this title later this year.”

So ya. It’s probably that “Licenced Strategy Game” based on all those hints. 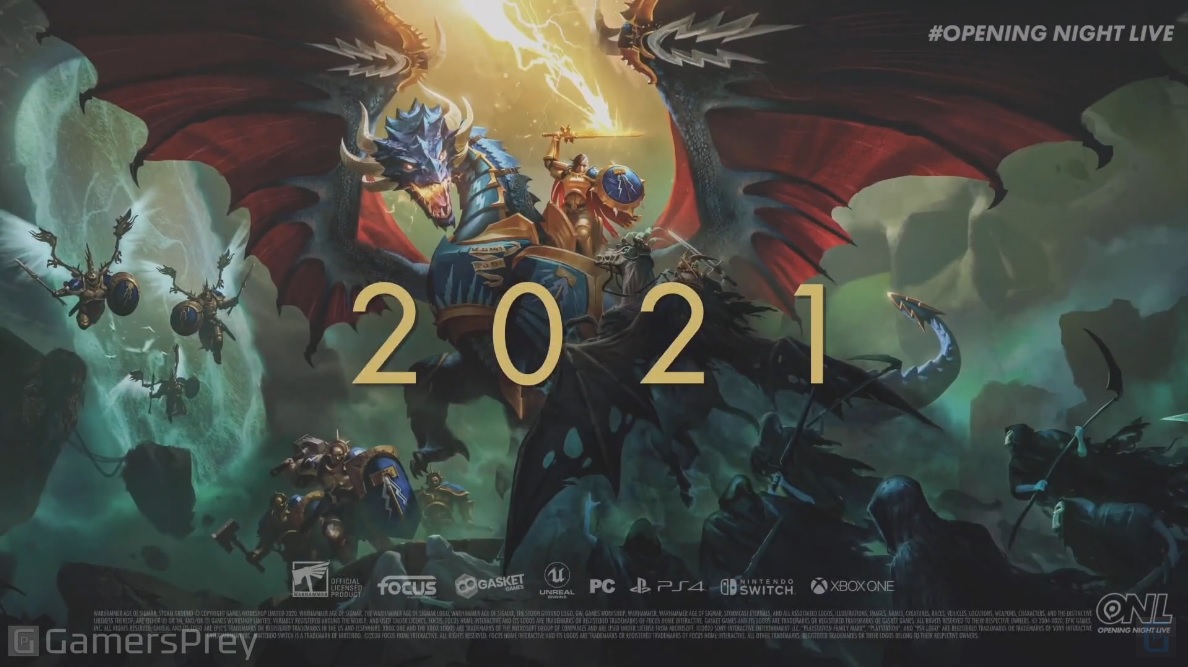 An AoS Strategy Game? We’ll be keeping an eye on this one for sure!

Author: Adam Harrison
Writer, Editor, Texas Native, and Austinite for 15+ years, Adam covers all things Tabletop Gaming. Which includes Warhammer 40,000, Age of Sigmar, D&D, Board Games and everything else that involves dice, boards, cards and a table. A hobbyist, player, and collector of miniatures and games, Adam's current obsession are his Death Armies for Age of Sigmar, his Blood Angels and Tyranids for 40k, and his ever growing Arkham Horror: The Card Game Collection.
Advertisement
Age of Sigmar Games Workshop Tabletop News Video Games Videos
Advertisement