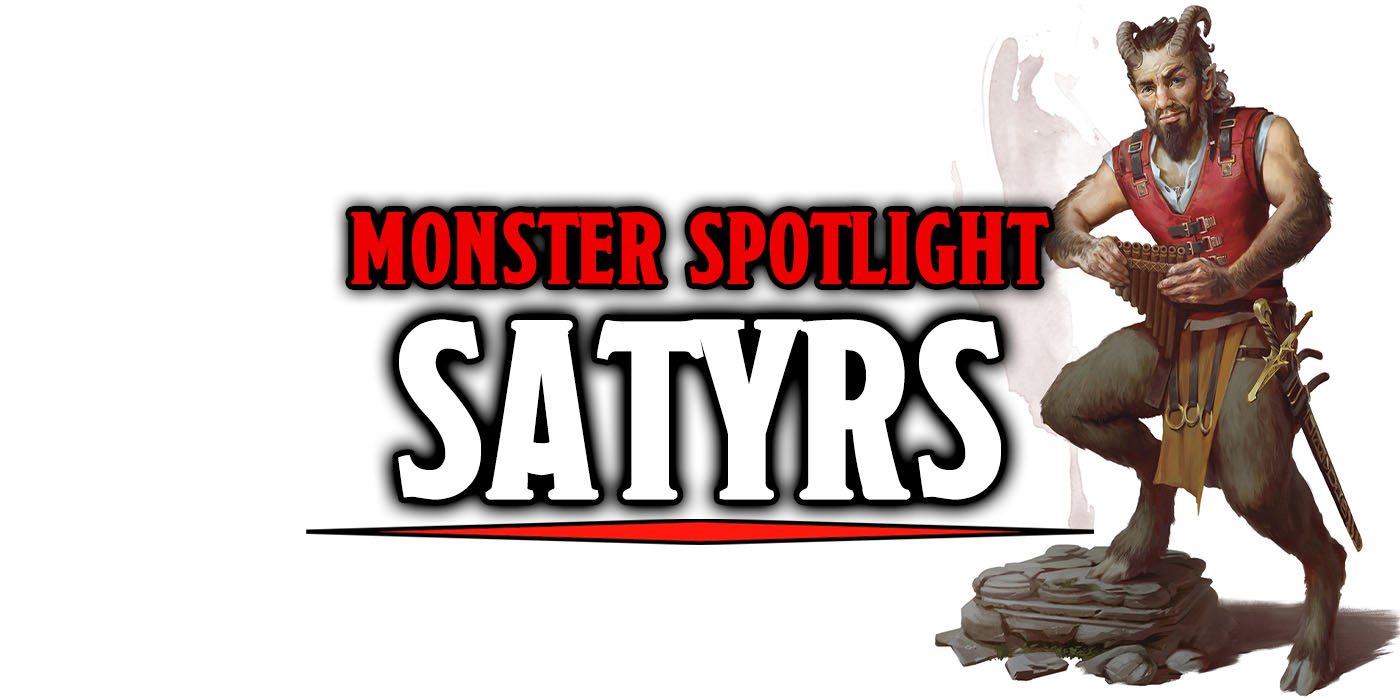 If there’s a raucous party in the woods it might be teenagers, but it might also be half-goat half-man fae. This week, we’re talking about satyrs.

Mythic Odysseys of Theros hit shelves not too long ago and I was finally able to add a print copy to my collection. Theros has been available electronically for a little while now, so if you haven’t taken a little time to get familiar with the material, what are you waiting for? But now that it’s on shelves, definitely pick up a copy for yourself – your local gaming store will thank you. The expanded rules and world are worth it alone, but if you’re a monster enthusiast or a fan of classic Greek and Roman mythology, you’ll have a blast leafing through the brand new additions to your 5E rogues gallery and the extra information they have on the creatures that already exited. One of my personal favorites of these being the satyrs. 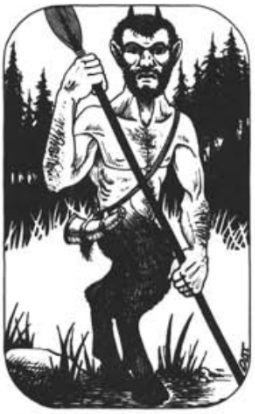 Satyrs are relatively inoffensive monsters in the grand scheme of things. They stick to sylvan woodlands where they are pretty much only interested in having a good time. If you want to win over a satyr, they have been known to be successfully bribed with good wine, and will likely not attack you physically even if you do happen upon them in the woods. Instead they’ll use their pipes to play a magic tune that will either charm, cause sleep, or cause fear, making their prospective attackers easy to rob and escape from or scare off. When a satyr does attack, they’ll often use their horns as a weapon, much like a goat. But really, they seem like much more fun to friend than to fight. 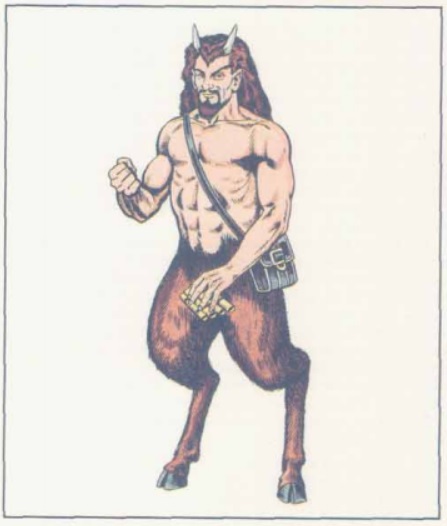 Second edition frankly only makes satyrs more delightful. They rarely venture more than 10 miles from home are a fun-loving people, and never hunt or gather to depletion. Strangers are welcomed to a satyr’s celebration if they bring good food or drink to share, but sometimes these newcomers will wake up the next day massively hungover and without all of the valuables they showed up with. If you’re going to party with satyrs, stock up on pedialyte and don’t have anything on your person you’re no prepared to “misplace” in the woods. 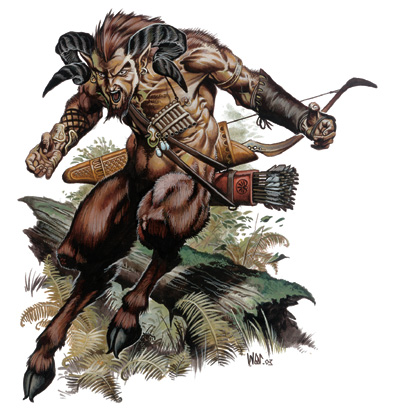 3E has the most attack-ready artwork for satyrs yet, but is still clear to point out that they’re more likely to be armed with an instrument than a weapon. If surprised by a battle, they will still utilize a powerful head butt, but a satyr expecting a fight can be expected to be skilled with a bow and a dagger as well. Third edition also leaves out the bit about satyrs being won over with good drink and leaving their new acquaintances with a headache and without a few pieces of gold, so this version of the satyr may be the version of satyrs that least fun so far. 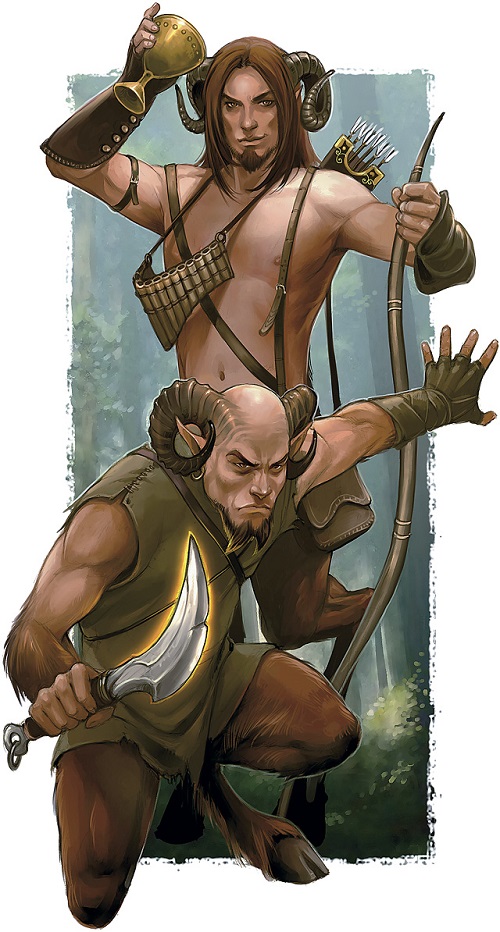 Somehow creating a version of satyrs that’s even less fun than third edition, fourth makes them into an actual foe as opposed to a mischievous party boy. Now they’re greedy tricksters who take what they wish and will sometimes trick mortals into spending time with them in order to rob and kill them. Aside from the drastic difference in how they would be played from a role-playing perspective, satyrs are by and large the same monster to fight in an encounter, using their music, horns, and bows as their weapons of choice. 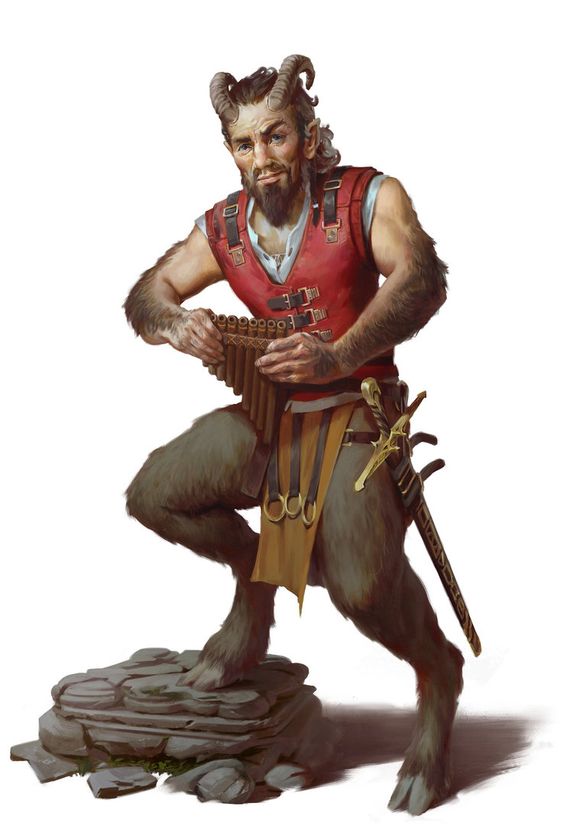 The fifth edition satyrs are almost a mixture of the predecessors. They’re not malicious like in 4th (and to a lesser extent 3rd) edition, and may not rob a traveler as soon as they have reveled to their mortal body’s maximum limit, but they can be thoughtless aside from what brings them joy. They act as though they’re addicted to decadence and fun, mystifying passers by and leaving them days later wondering how to explain their absence.

Have you encountered a satyr in your games? Were they a fun source of a good time, or a battle to endure? Did you wake up hungover missing any jewelry? Let us know in the comments!