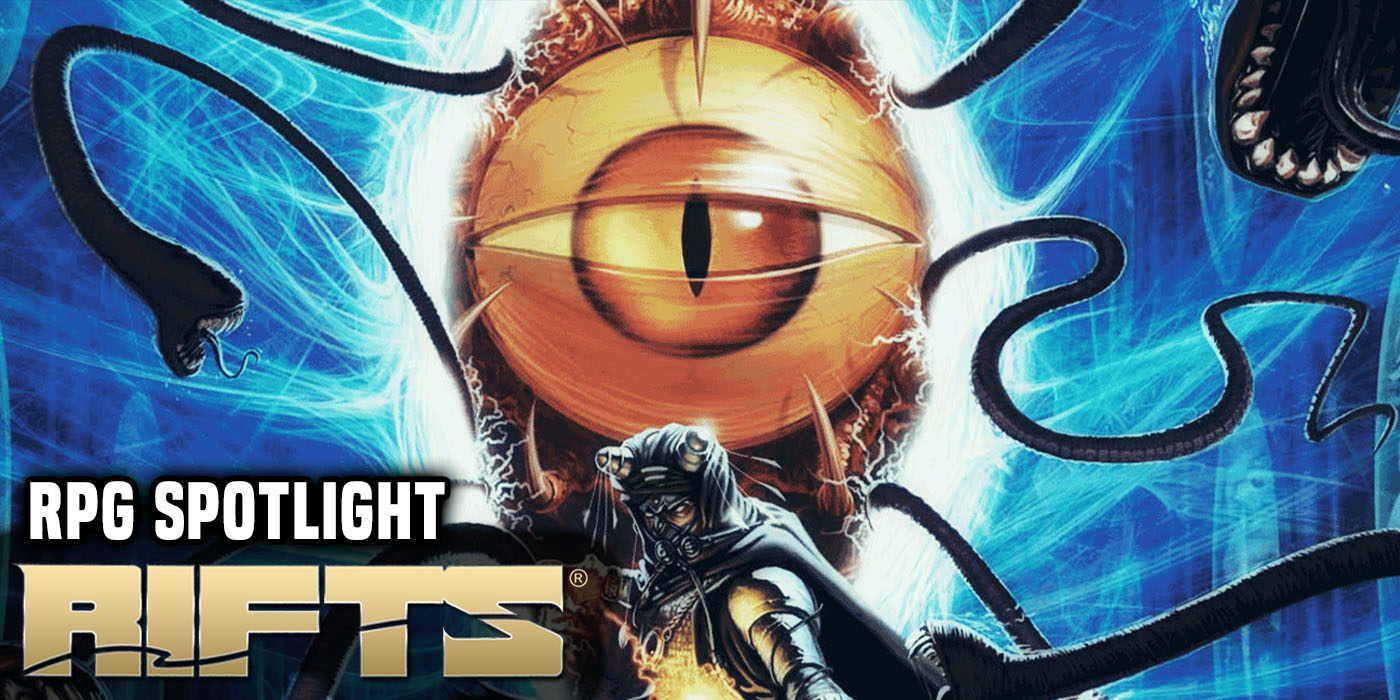 In the post-post apocalypse there are gargoyles in Germany, techno-wizardry can make anything possible and if you don’t like it, jump to the next dimension. 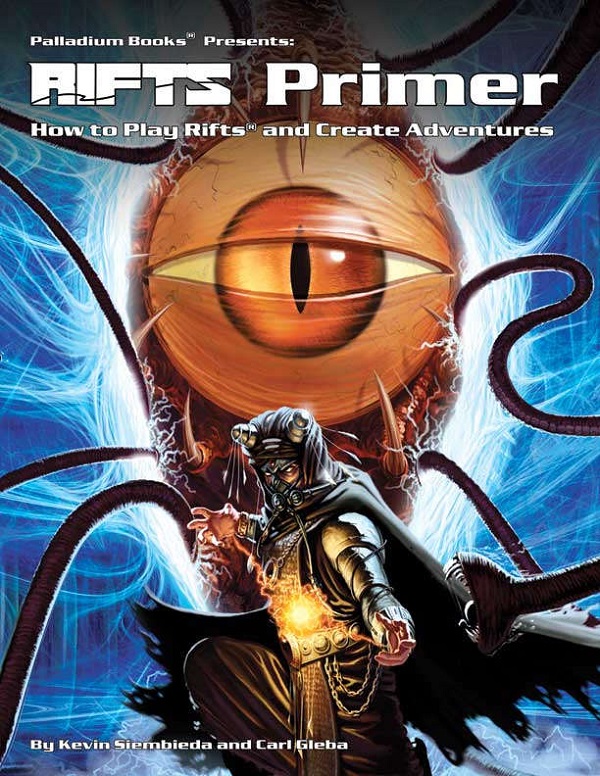 Rifts is a universal RPG system that is anything but. From the ground up this game takes the idea of a multi genre roleplaying game and turns it on its ear. Why chose from one setting or genre when you can use all of them? Why make different editions when you can add expansions and improvements while keeping everything else about game intact? Why do anything like any other game when you can be Rifts?

The version of Earth you play on exists hundreds of years in the future where ley lines draw magic energy across the globe, and where these lines intersect locations with powerful magical energy are formed. Surges in these areas can tear a hole in space-time or well… a rift leading to another timeline or dimension. All of these dimensions come together to create the greater Rifts Megaverse where any world or genre you could possibly want to send your players to is possible. That said, the standard garden variety earth of Rifts isn’t exactly boring. With enough lore to fill a pretty decent sized novel if not an entire series, there’s too much to go into during a quick RPG Spotlight, but some highlight include cataclysmic disasters causing rifts and hundreds of years worth of mythical and alien monsters to come through, powered super suits and giant robots, the vampire kingdom of Mexico, battles against the empire of gargoyles in Germany, and the appearance (or possibly reappearance) of the lost continent of Atlantis. Honestly, if this was all the setting for a series of books, I would read them, and with 80 system books published since 1990, that’s almost a reality. 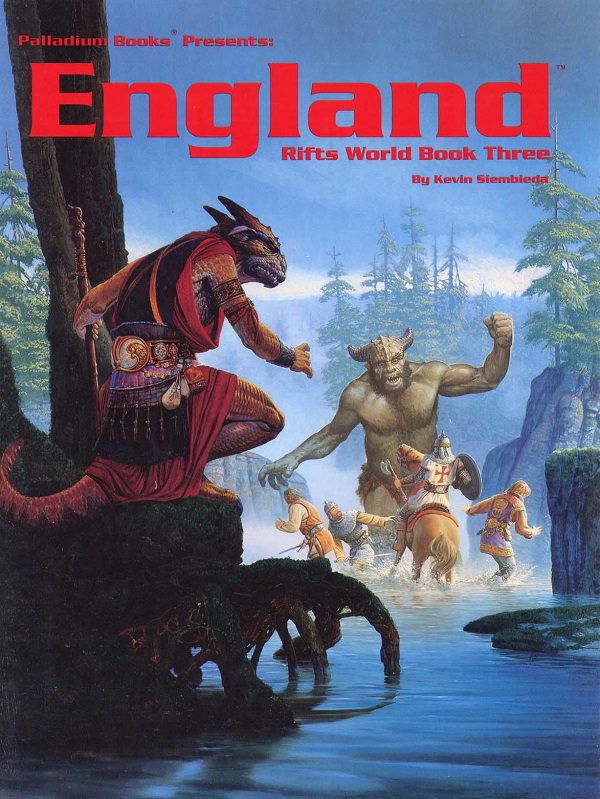 Gameplay uses a split mechanics system for rolls, neither of which will feel alien to players of other RPGs. Skill checks are done on a percentile scale, so you roll two ten sided dice to determine your percentage between 1 and 100. Your aim is to roll below your skill level, so if you have 60 points in a given skill you have a 60% chance of succeeding. The GM can give you boosts and add a few percent to make the roll easier if you have a necessary tool or take away percentage if something is distracting you, but for the most part your skill level is your percentage of success. Combat, however, uses a completely different system which is much more similar to D&D. You must beat a given difficulty with a d20 to hit.

Neither of these systems are difficult to learn and many of us have used both of them in numerous games, but it is strange that a player would have to switch back and forth between the two depending on what part of a session they’re in. Not to mention, as game systems they’re not terribly compatible. 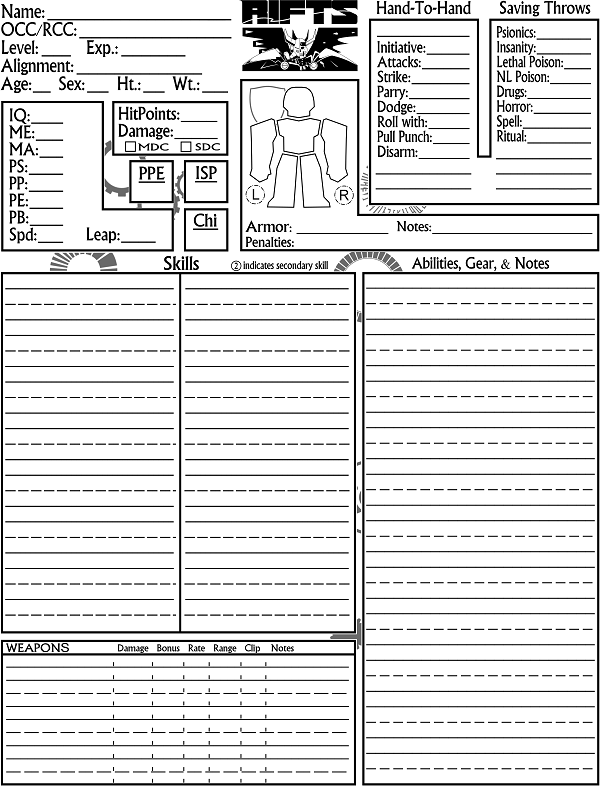 Which brings us to the biggest issue with Rifts; it’s a terrible game for newcomers to tabletop roleplaying games. Rifts knows that though, describing itself as a more advanced game and was not made to be an introduction to the hobby. And while I can respect their self awareness and commitment to their original game vision from 1990, this can also make it a difficult game to pitch to a group. My current D&D group has at least one fairly green player and my previous games had at least one player each whose introduction to tabletop gaming happened around the table I was at. Finding experienced players who are willing to learn a slightly complicated game or who are all already familiar with the system can be a challenge when so many more modern and streamlined games exist. That said, none of those game are as bananas as Rifts, so if that’s the vibe your crew wants, I hope they’re excited to commit to a stack of books roughly my height. 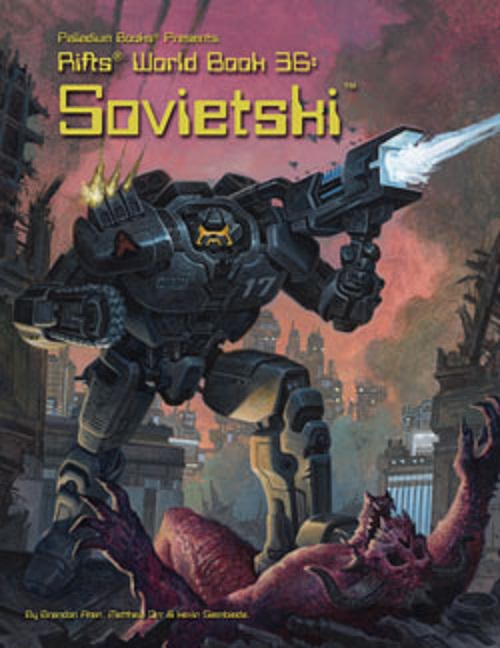 If you’d like to check out Rifts for yourself, you can find the book on the Palladium Books website.

Have you played Rifts? What bonkers part of this bonkers world was your favorite? How would you introduce a newer player to the game? Let us know in the comments!