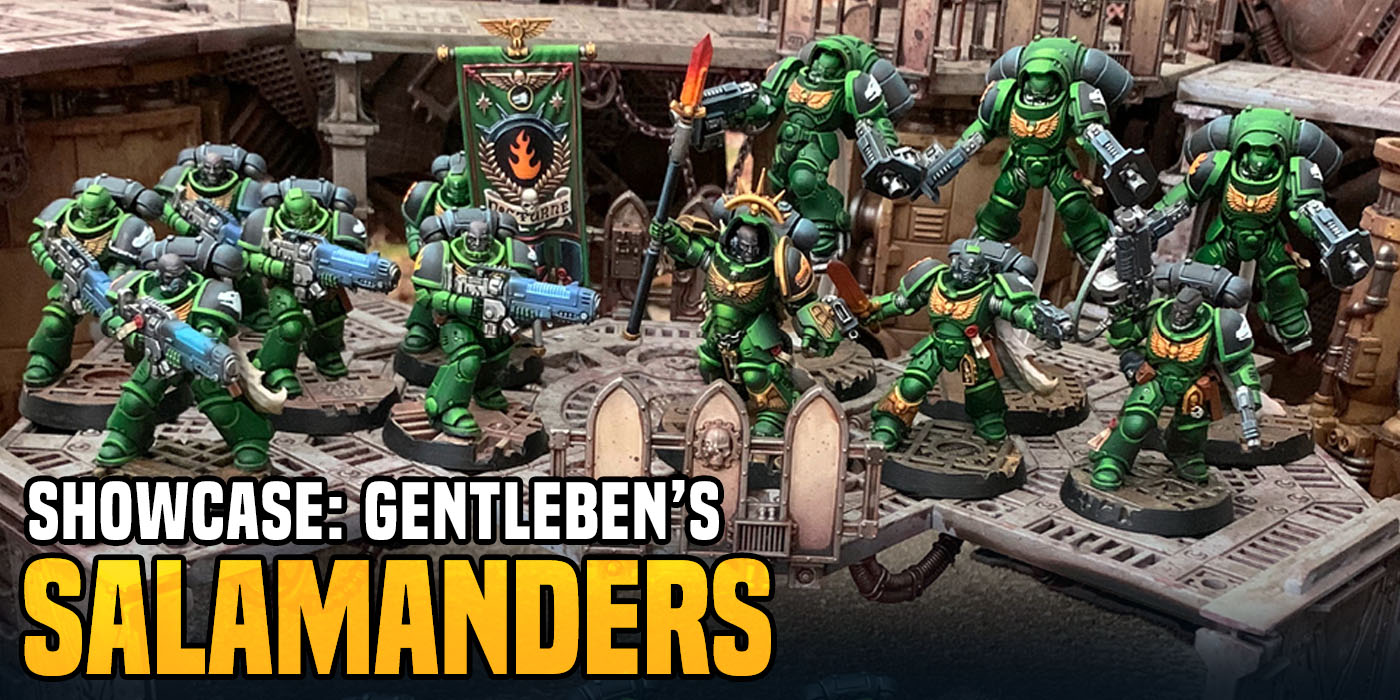 Let’s take a look at the some sons of Vulkan. Has it really been almost three years since I painted these guys?

I preordered myself an Indomitus box set and as I’ve painting it up, I couldn’t help but look back on my first space marine army. While I’ve been playing 40k for literally decades, it was almost that long before I started my own marine army. Despite yearning for the odd Astartes model off and on over the years, it was the sleek high-tech look of the primaris that finally saw me enlist with the Emperor’s finest. 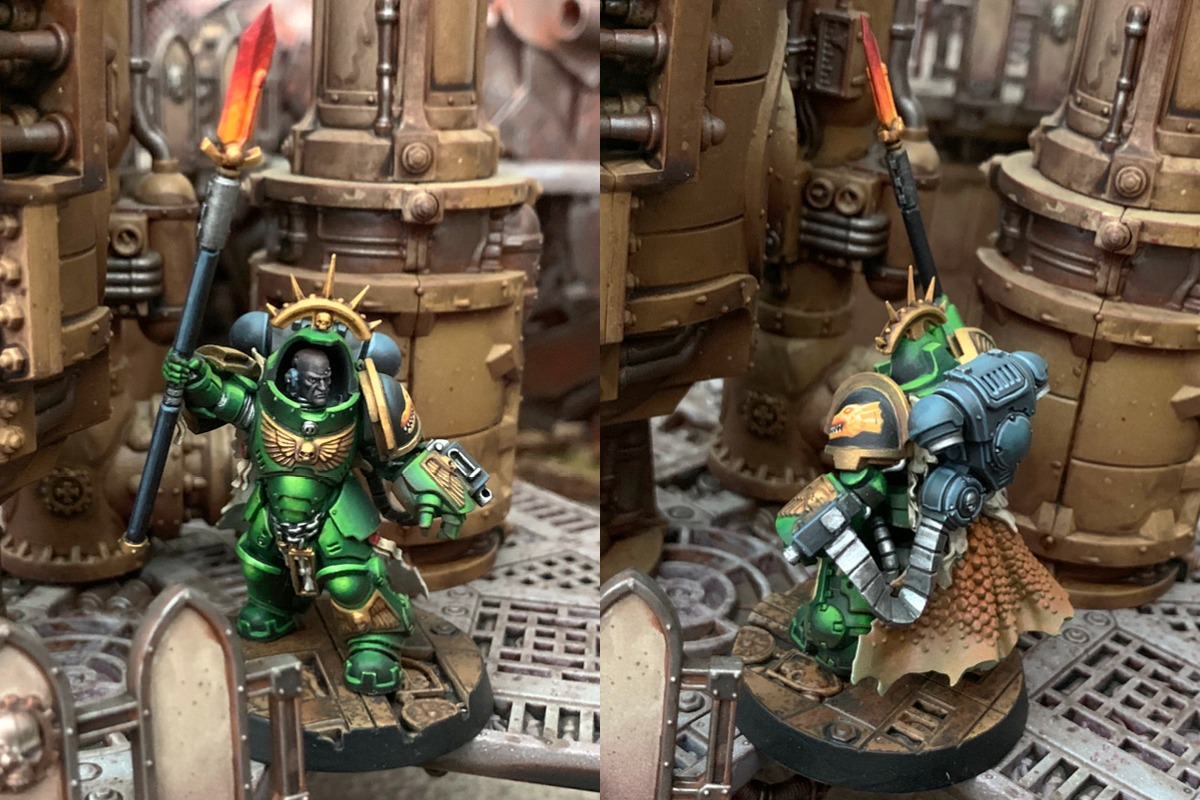 My first Captain! I spent a lot of extra time on this guy’s armor to get all the highlights nice and shiny looking. Salamanders carry spears in a lot of the art so I gave him one of those. And, I thought he should go helmetless so I stole the bare head from the Primaris Apothecary (still getting around to painting that one). All my Salamander officers have drakeskin cloaks from Black Arc Corsairs. The big Anvilguard box had just been released and resellers were splitting it up. No one seemed to want the dark elves so I bought a couple boxes worth for cheap ($15 if you’re the curious type). I’ve already run out though and they’re not as affordable as they used to be…

He did pretty well in my earliest games dishing out the pain. But gun-lines are just so much more competitive, so I started leaving him at home since generic captains are so much cheaper. Maybe he’ll be useful again in ninth. Melee armies seem stronger and while Adrax is better, this guy is cheaper. 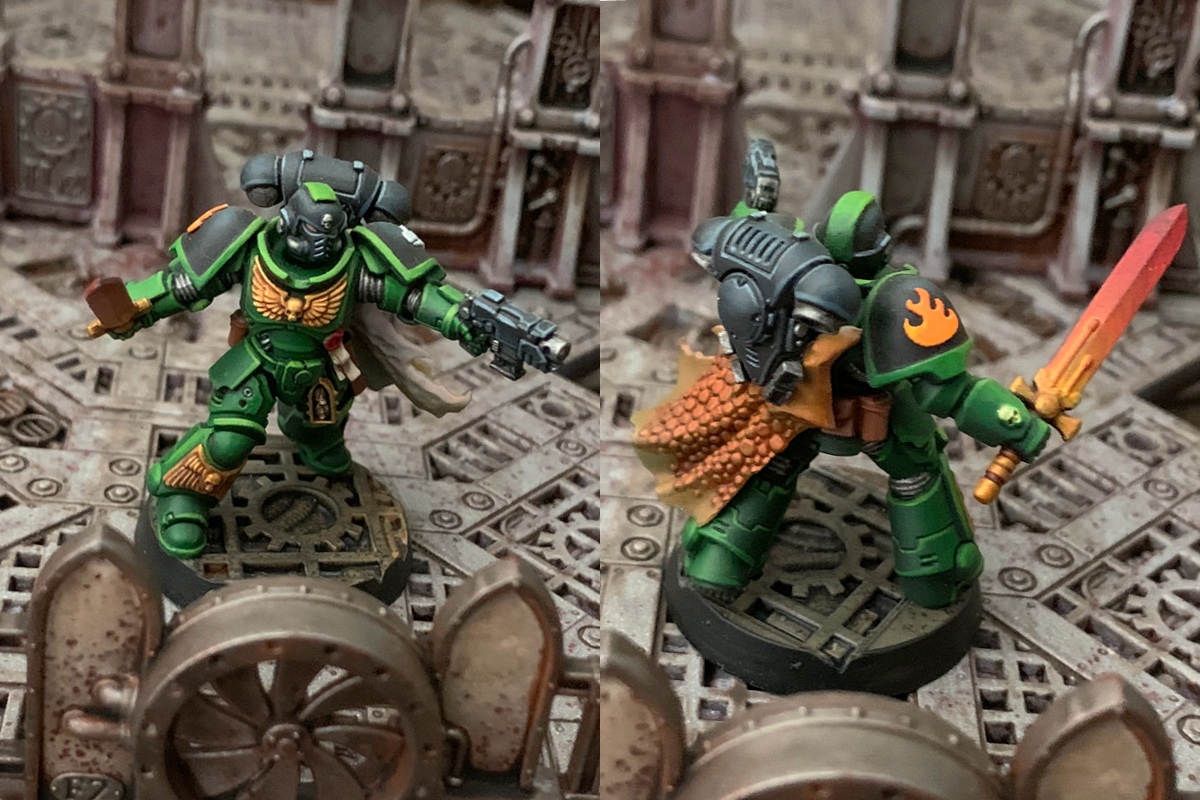 Lore-wise Salamanders don’t alter the coloration on their helmets to denote rank, but I thought it would look cool. My lieutenants all have black helmets with green “mohawks.” This is the only one wearing his helmet though. As far as this guy’s usefulness went, see my above comments on the captain. Sadly I don’t think he’ll be headed back to the game soon. The Indomitus Lieutenant will probably be more useful up close. 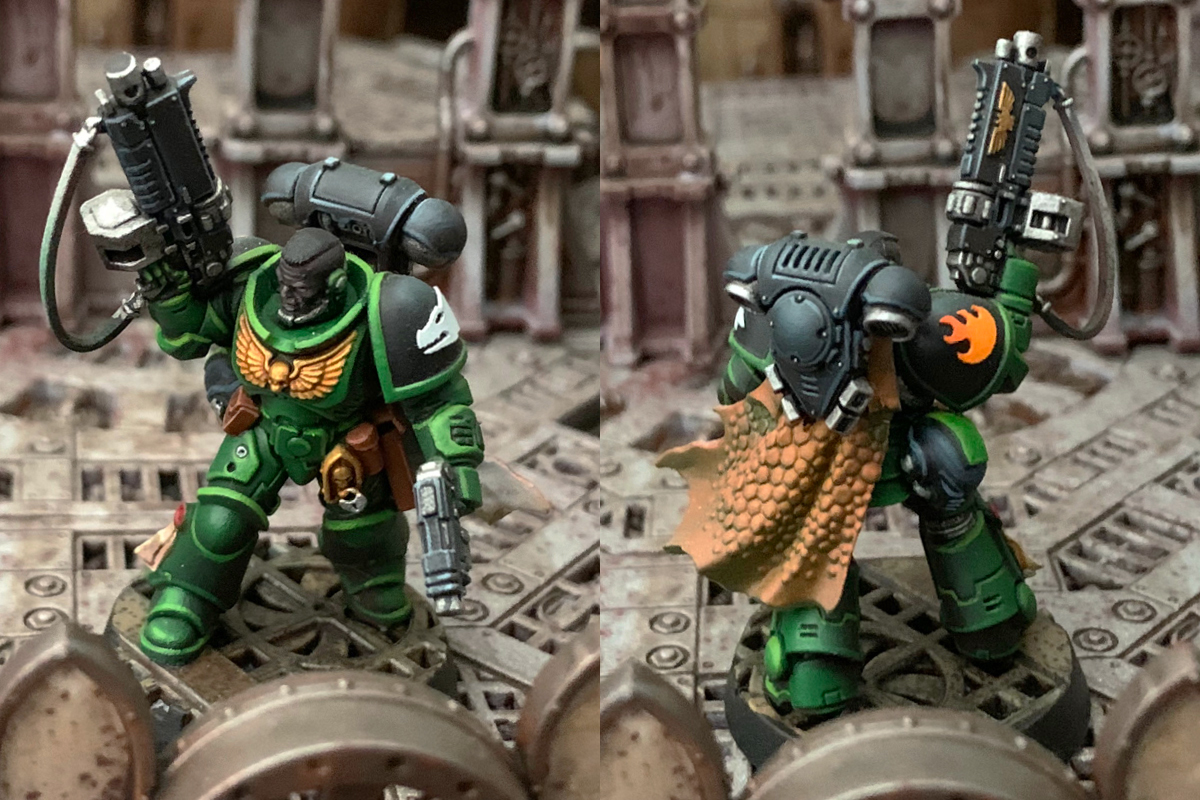 I’ve used this lieutenant a bit more thanks to his ranged weapon. He’s even killed a few enemy models on occasion. 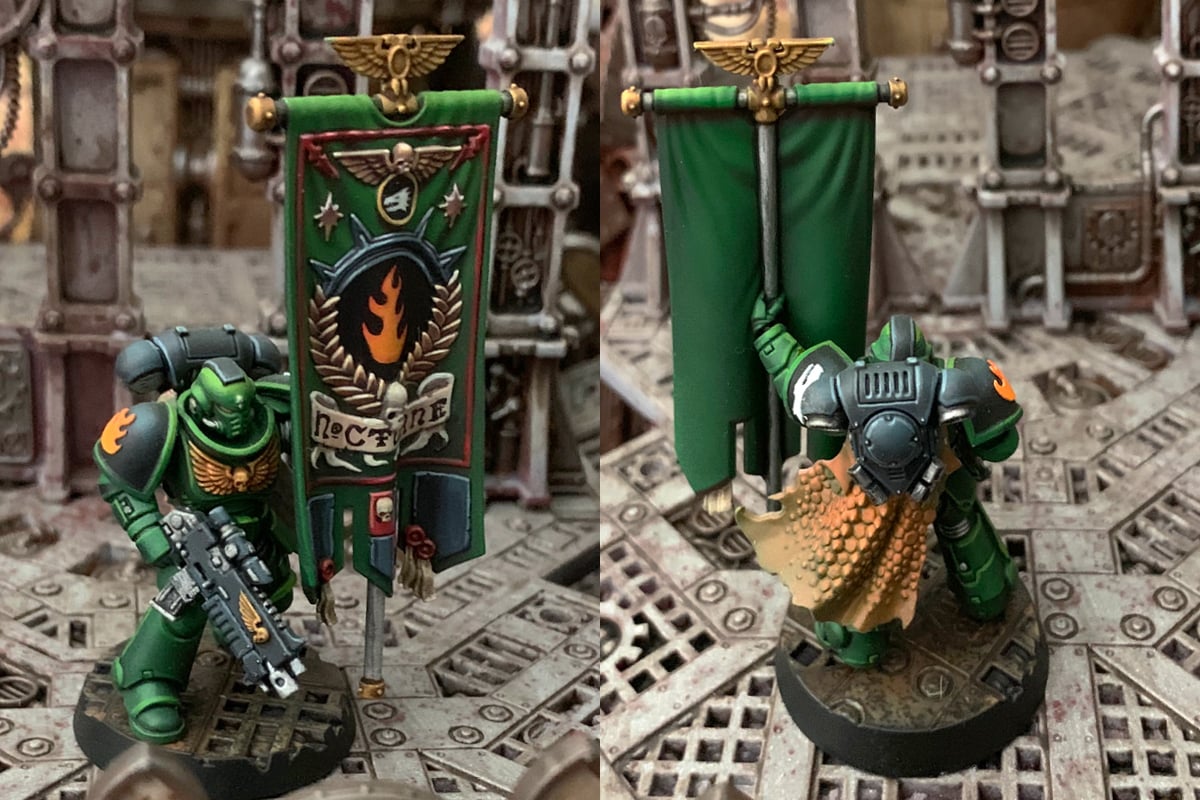 Now this guy is handy. Especially with those Hellblasters getting killed left and right. Plus that dirty Salamander tactic. Who doesn’t love a few extra shots with re-rolls! He should be just as useful in ninth, even if they stop letting Forged in Battle work outside of Overwatch and friendly shooting phase. 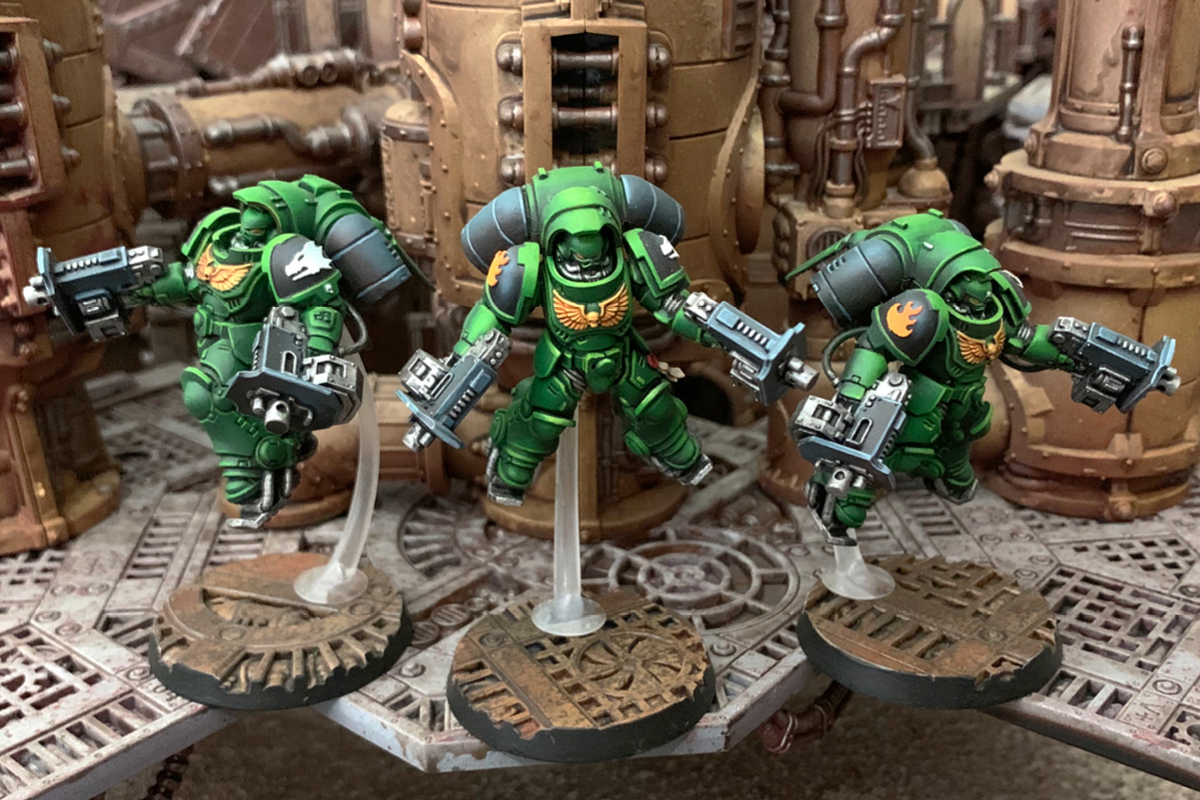 Soooo much fun, even if they never make their points back. I always love the thought of these guys falling out of the sky blasting everything they can. Hope they get a little bump in the new codex because I don’t see them getting much better in 9th otherwise. 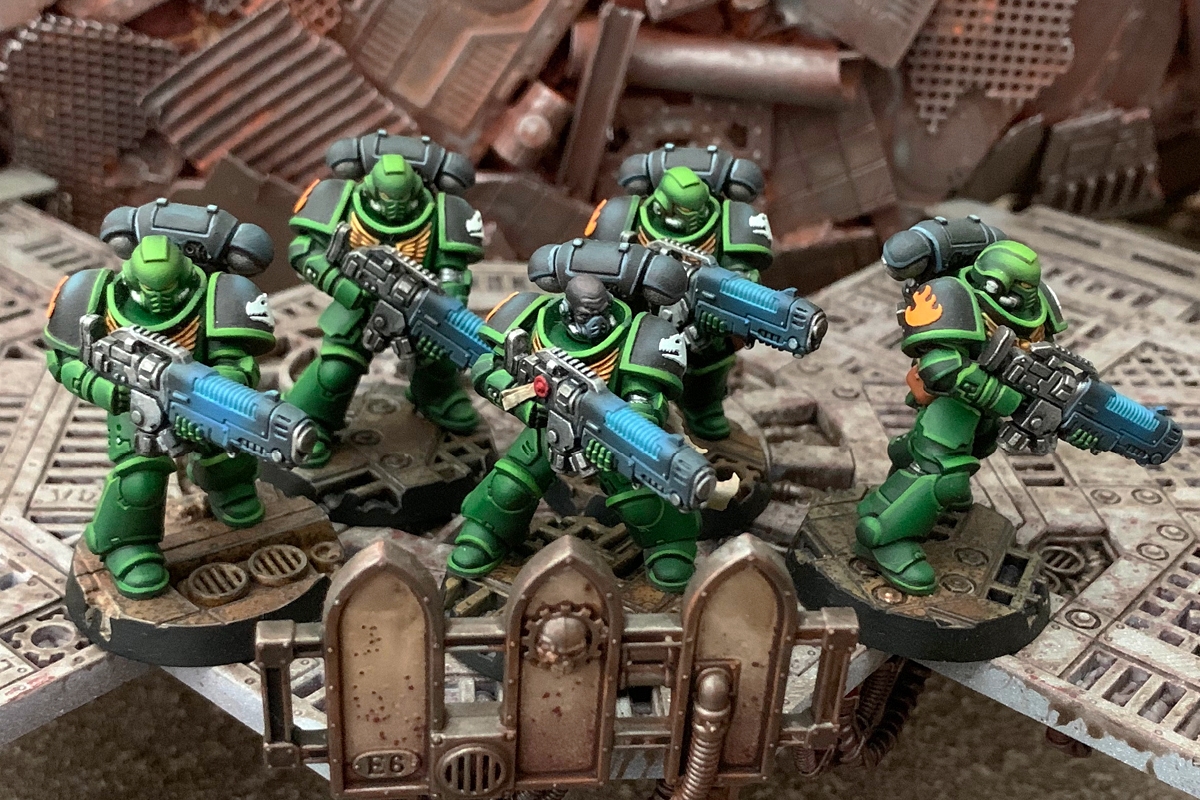 So hit-or-miss these guys… They can put out 20 damage in a turn, or get sniped off the table before they get a chance to move. Pretty much everyone targets them first and they’re expensive, but I’ve seen them make so many threats just disappear. I even painted another unit, also armed with the generic version of the Plasma Incinerator. I think its the best mix of firepower and utility. 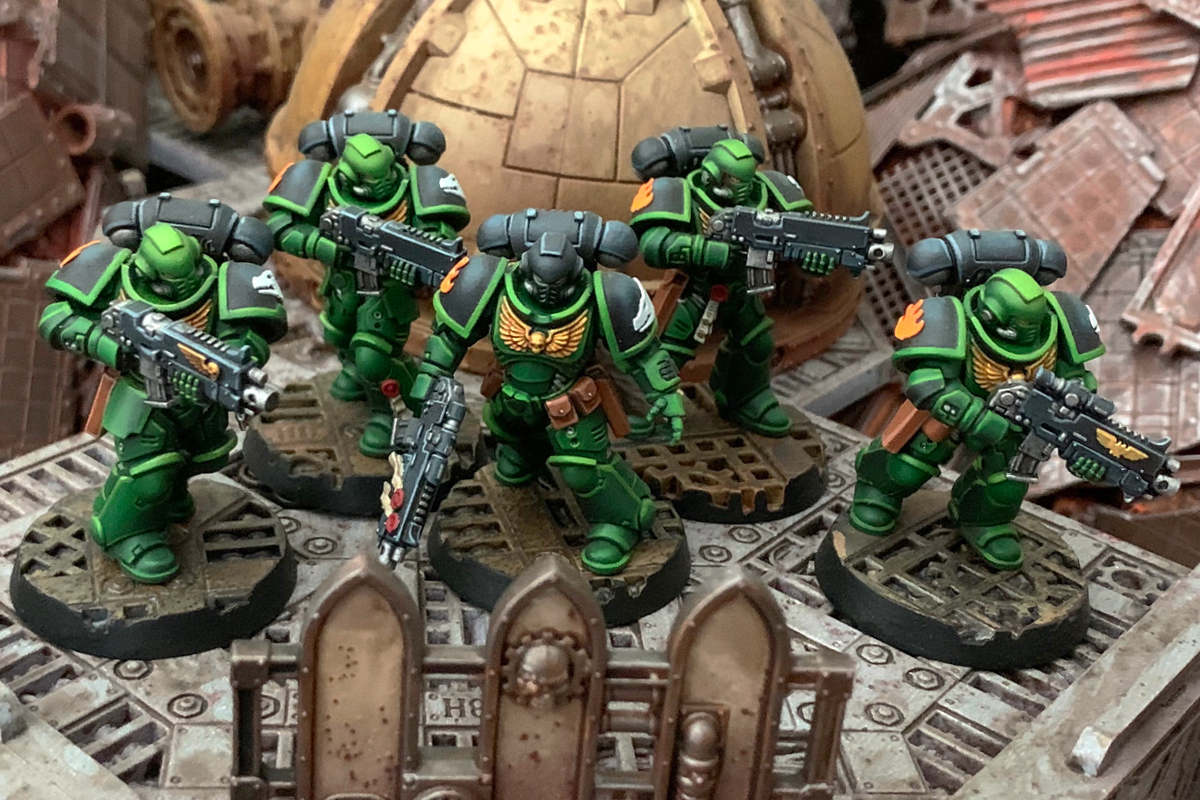 Theoretically, my sergeants all get plain black helmets. Except this is the only sergeant that wears his. I stopped using these guys for awhile, but when the last marine codex came out I started bringing them back because of the Rapid Fire stratagem. Costly at 2 CP but that’s a lot of AP -1 shots. 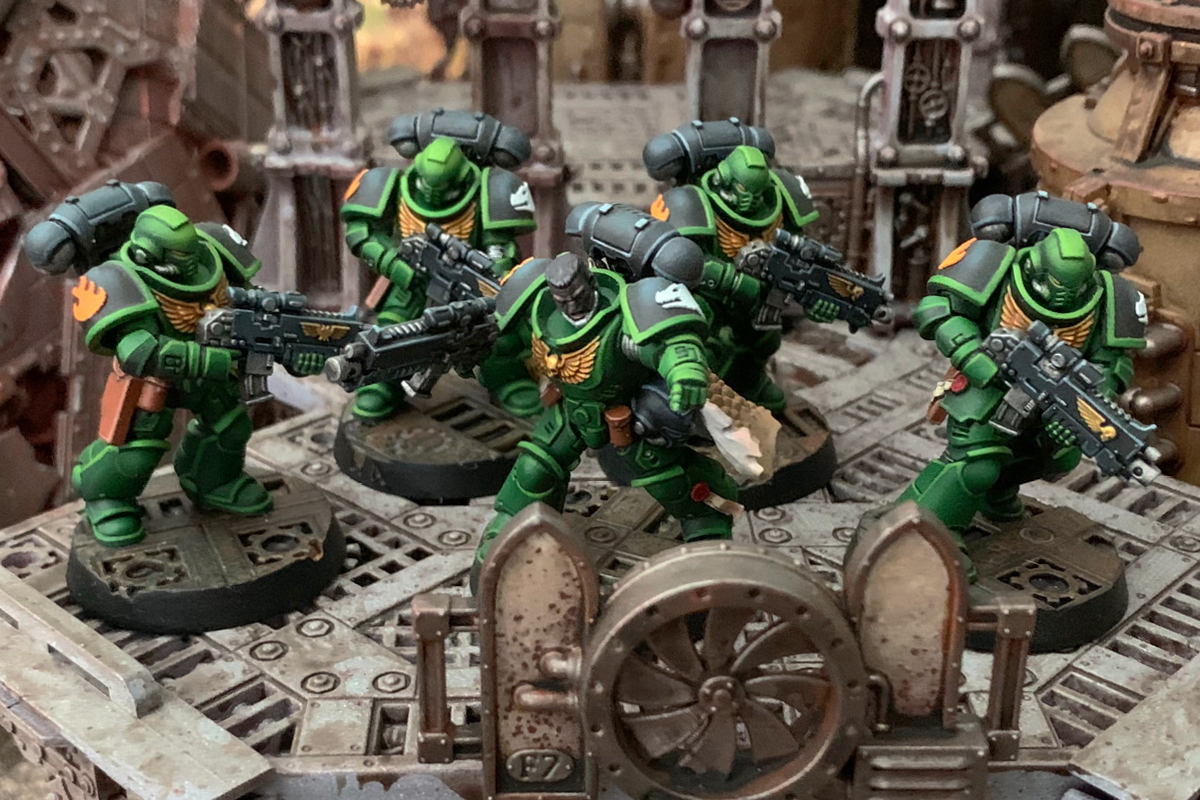 All that’s left now is this last unit of Intercessors. Recently they’ve been joining the other squad for maximum Rapid Fire. I also have a few units with Auto Bolt Rifles and Thunder Hammer sergeants. In a couple of my 8th ed lists I was able to fit both types of Intercessors in and make it work, but with the points increase I doubt I can squeeze them all in.

~What are your best memories of 8th? What models do you recall most fondly? Do any of these Primaris Marines factor in? What about the Death Guard they came with? 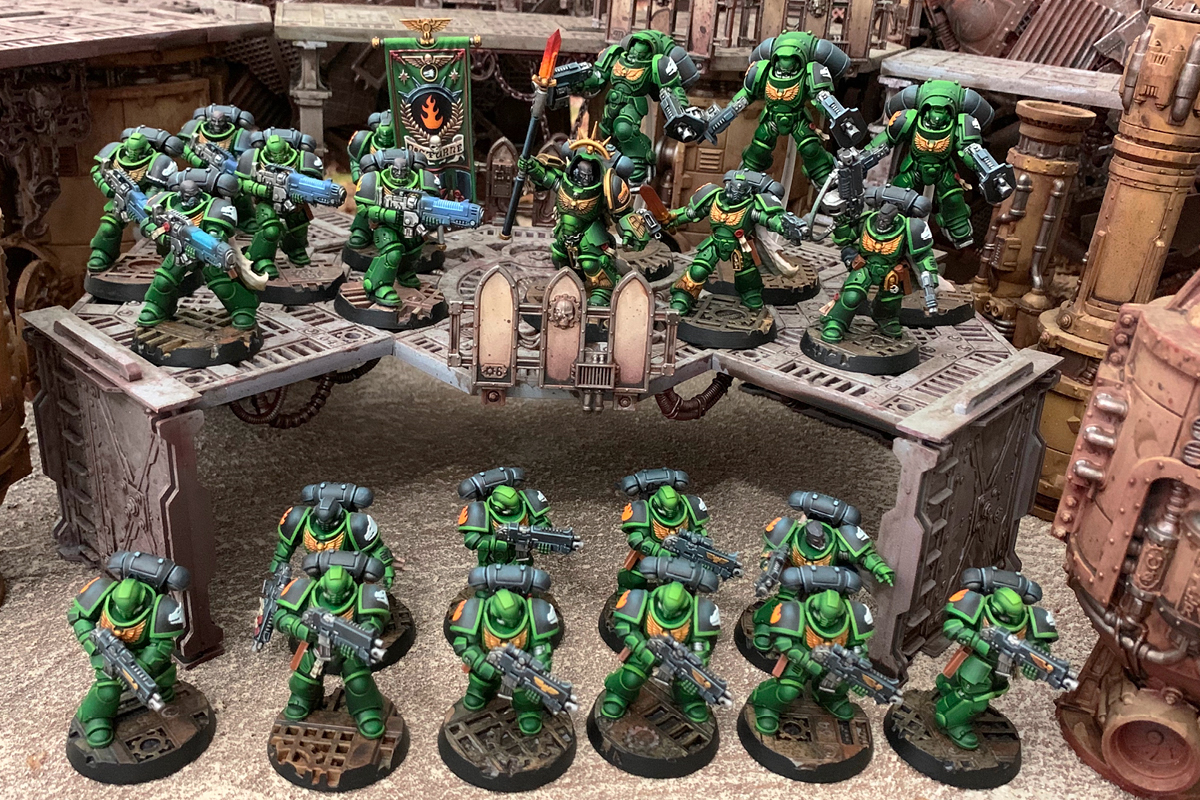 Author: Ben Williams
Ben Willimans is a Professional Painter and Columnist at Bell of Lost Souls. He has been involved in the hobby and art side of miniatures and the tabletop gaming industry for over 20 years. He has won multiple national painting awards.
Advertisement
Hobby Painting Space Marines Warhammer 40k
Advertisement