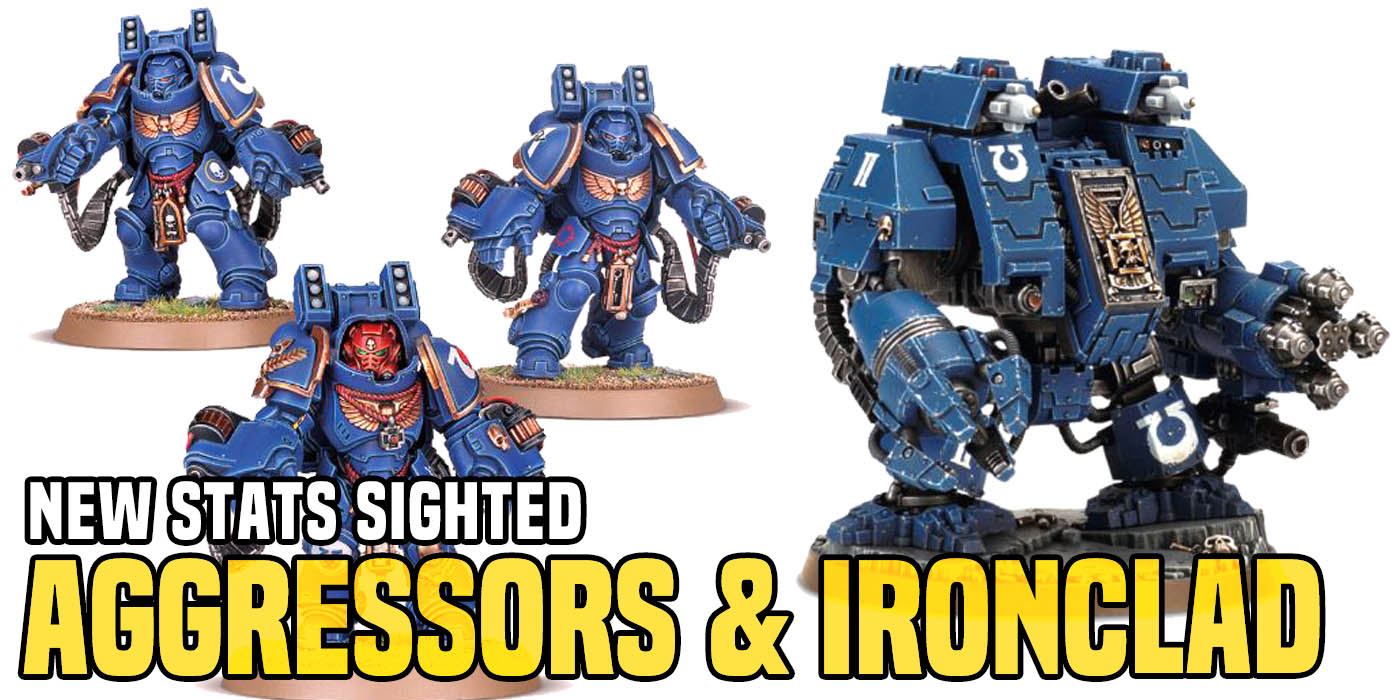 Primaris Aggressors and the Ironclad Dreadnought have several big updates! Take a look.

These images from a miniature assembly guide has been doing the rounds on Facebook and forums this past weekend. These are the assembly sheets from the recently reboxed 9th edition Ironclad Dreadnought and Primaris Aggressors kits. While the main units are pretty similar, There are some weapon changes! 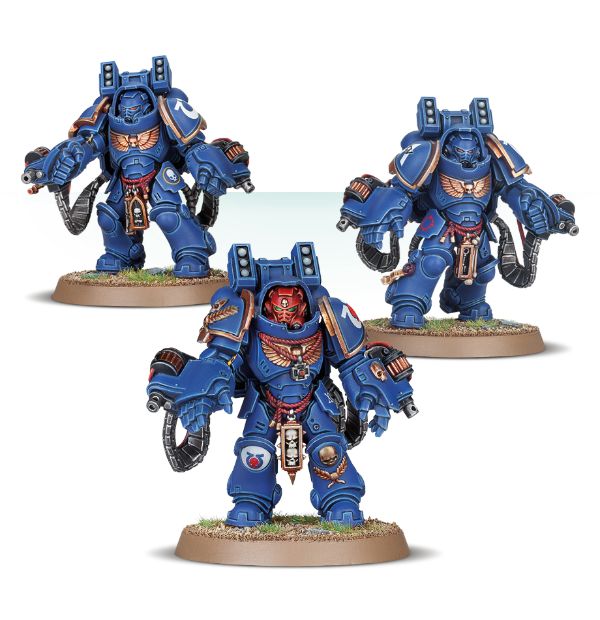 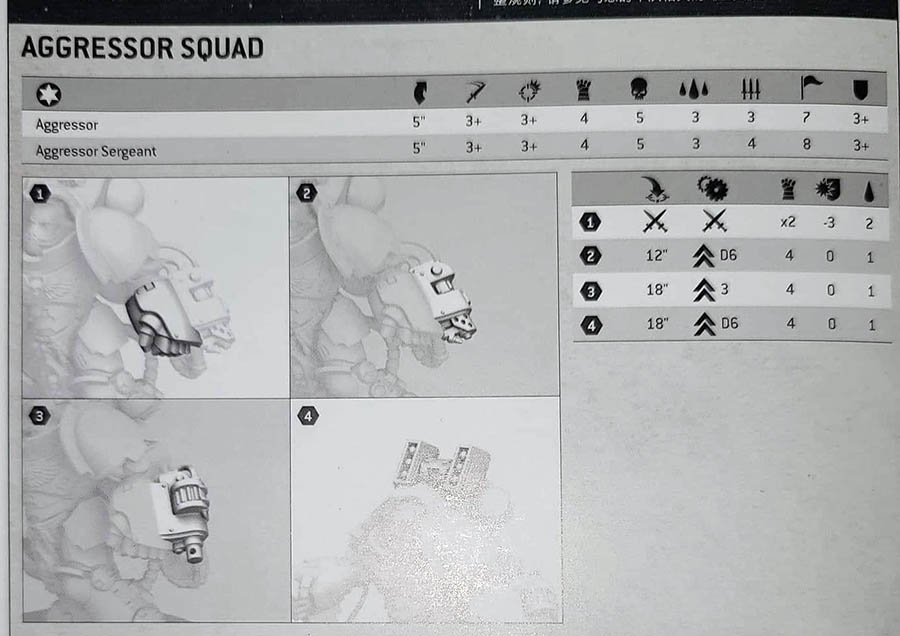 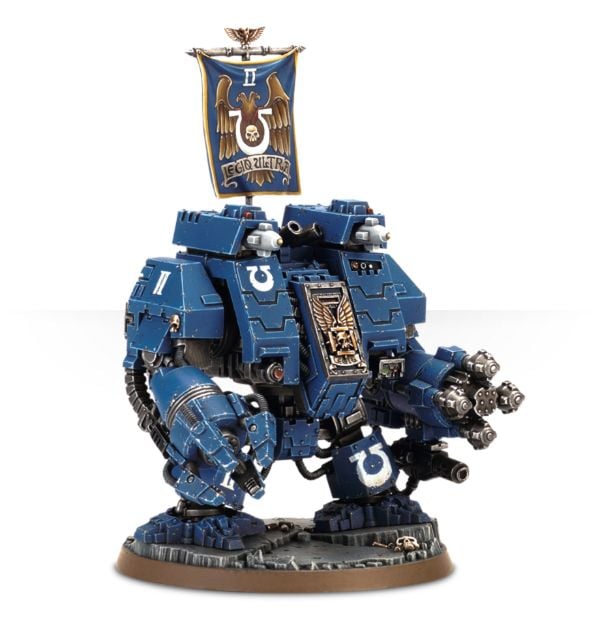 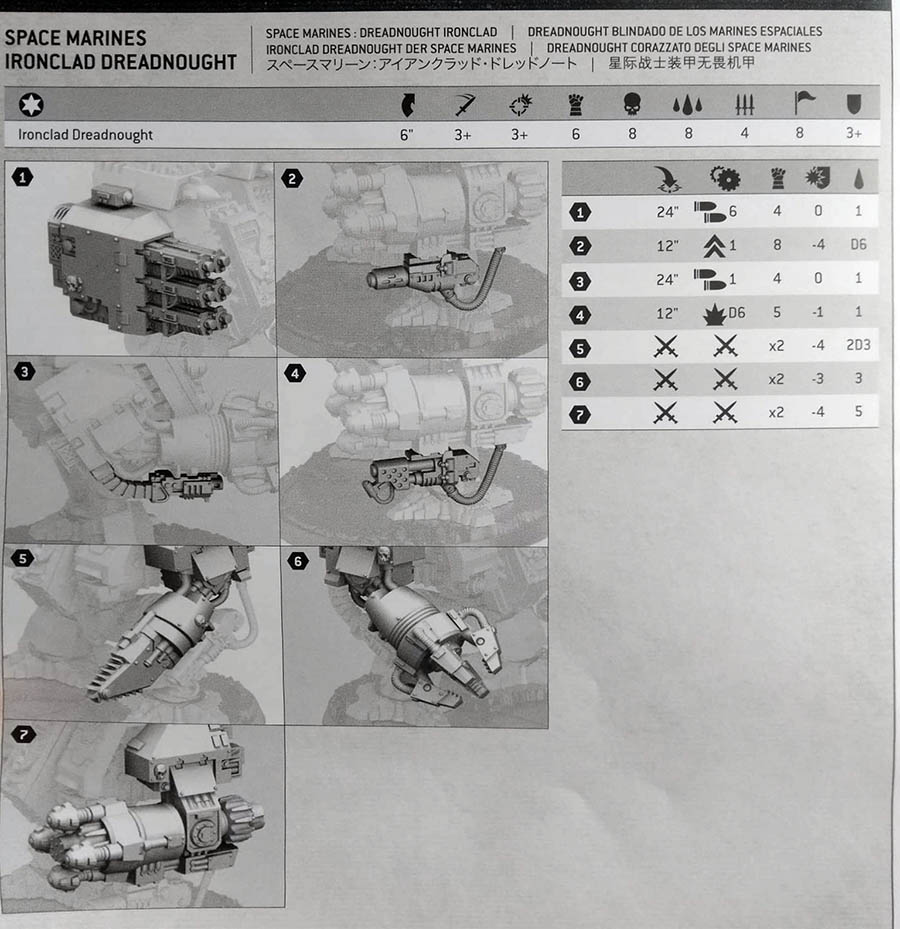 Again we are seeing a pattern emerge of range extensions on flamer weapons from 8″ to 12″ across the board. These weapons   on deep strikers are now much more potent. On Melee weapons we are seeing some odd swings in both directions. The Aggressors Powerfist move to flat D:2, increasing their reliability, and matching the other PFs we’ve seen.  However the Ironclad’s chainfist goes in the opposite direction, becoming more random with it’s 2D3 damage.

Finally we have yet another case of a bolter weapon with a decrease in number of shots when mounted to a dreadnought/walker. You will recall the heavy bolter on the Invictus Warsuit has only 1 shot, instead of 3. Here the Ironclad’s Storm bolter has Rapid-fire 1, while other units we have seen retain the Rapid-fire 2.  Weird…

What do you think of the updated units, and what is going on with the bolter family and walkers?