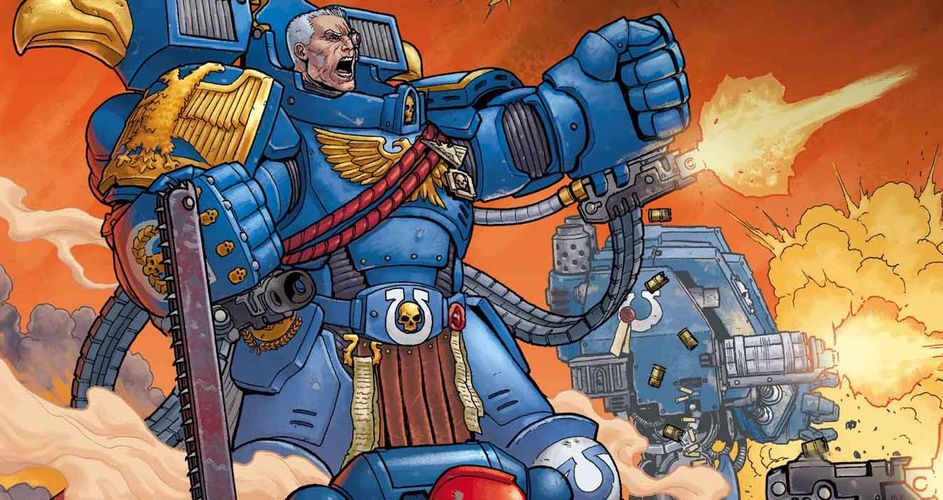 Kieron Gillian, writer of Warhammer 40K: Marneus Calgar, has a preview of the upcoming Marvel-GW comic. Come take a look!

The book, which is coming in October, tells the origin story of Marneus Calgar from his humble beginnings on Nova Thulium to the grim darkness of the distant present-day future that is 40K as we know it. Written by Kieron Gillen, who has worked on titles like Thor and the Uncanny X-Men, the veteran writer is also a veteran player, whose enthusiasm for 40K knows no bounds. Today we’ve got a look at some of the gorgeous new artwork, as well as a few hints of where the story’s going. Take a look! 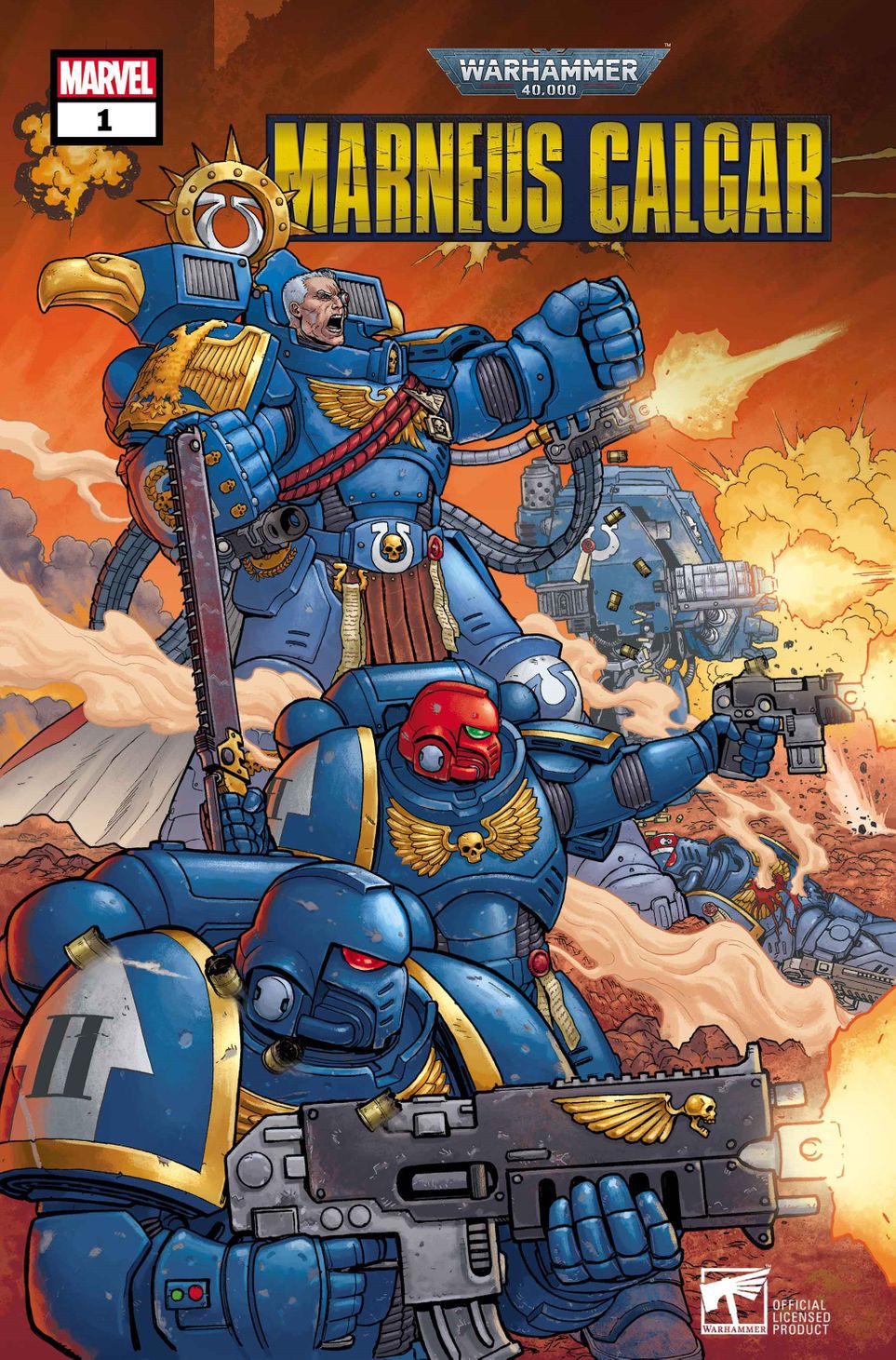 Gillen has always taken a “more is more” approach when it comes to 40K:

40K is a far future hellscape. That doesn’t quite capture the scope though. It’s a hobby universe where there’s a theocratic regime with a God-Emperor that’s fed thousands of souls of psychic human beings every day in order to stay alive and act as a glorified lighthouse. That awful scale is what makes it palatable. This isn’t like the small scale horror we see every day. This is operatic in its awfulness. That’s the emotional kick. 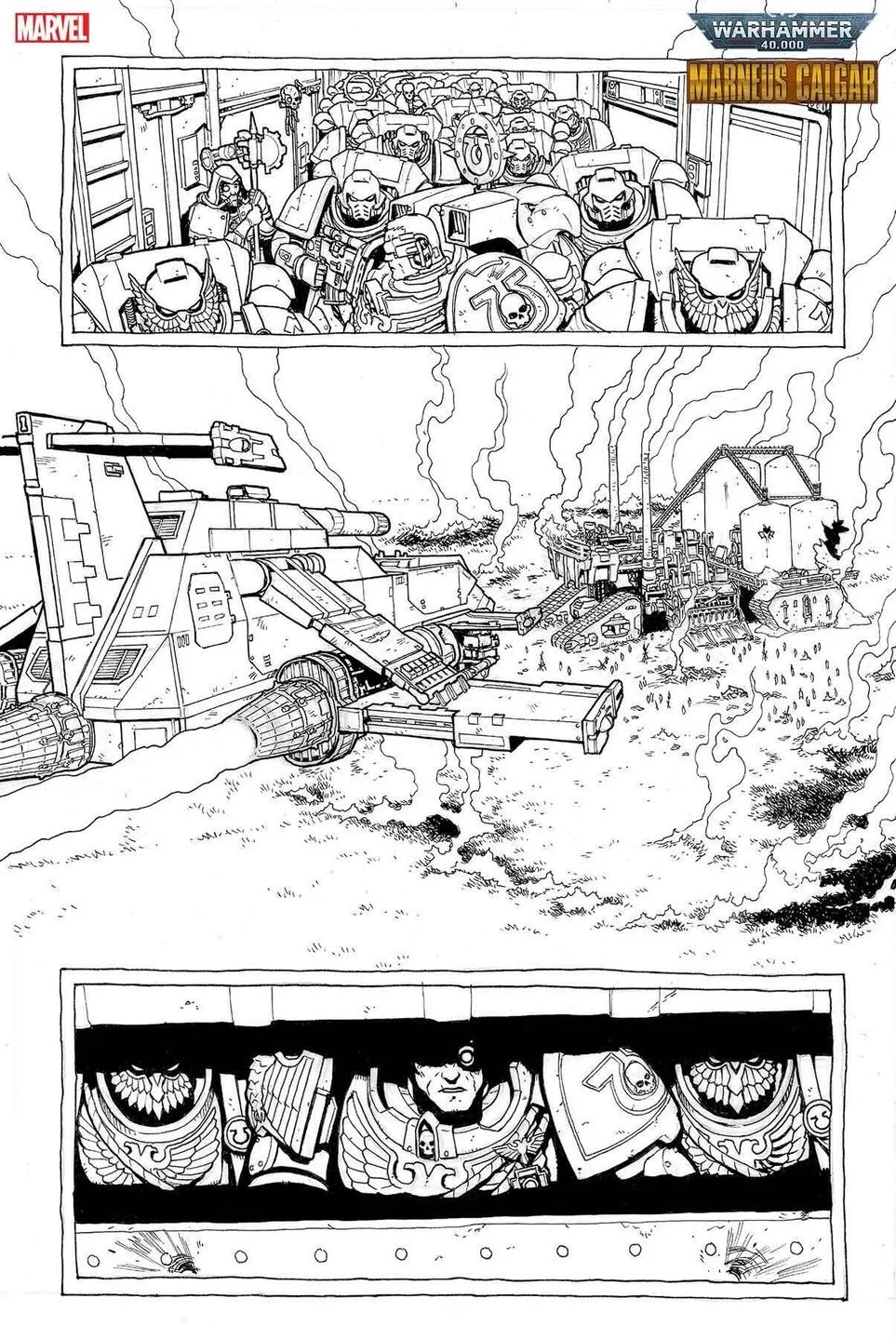 And looking at the artwork, you can see the over-the-top aspect of the world being depicted before your very eyes. With writing and drawing that pulls from the same sort of energy that brought you things like Heavy Metal, Gillen wants to tell the story of Calgar’s life–focusing on some of the tiny moments that help define the character, things like:

How Marneus became a Marine, what Marine training looks like, and including elements of Marneus’ life after he becomes a Marine. That’s the core historical part, and the present day is about the aftermath of the last Chaos assault on Ultramar.

This means we’ll ultimately see Marneus as a Primaris Marine, but where the book really sounds like it’ll shine is in the supporting character. There will be plenty of normal characters in addition to the stalwart Marines. 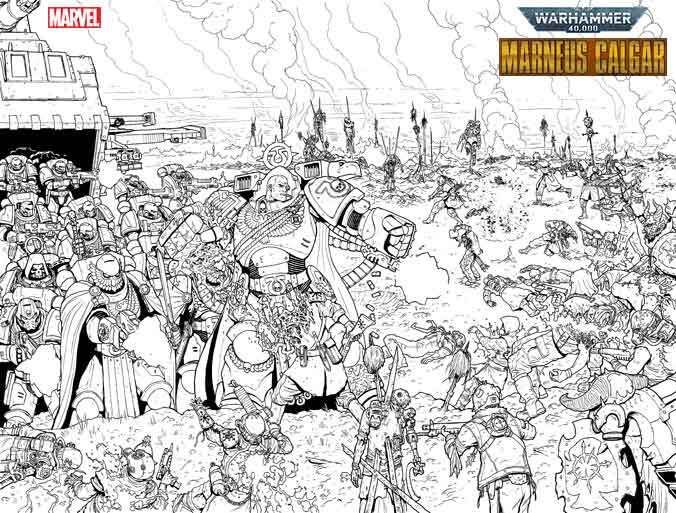 For istance, there’s the Admech supporting staff, or the various other adjutants who live on Ultramar, which, as far as Warzones go, is pretty alright. Sure you have Tyranids, but on a good day, your life expectancy might be 35!

Anyway, those two illustrations are a look at what’s coming. We’re gonna see 40K past and present, sometime in the near future. 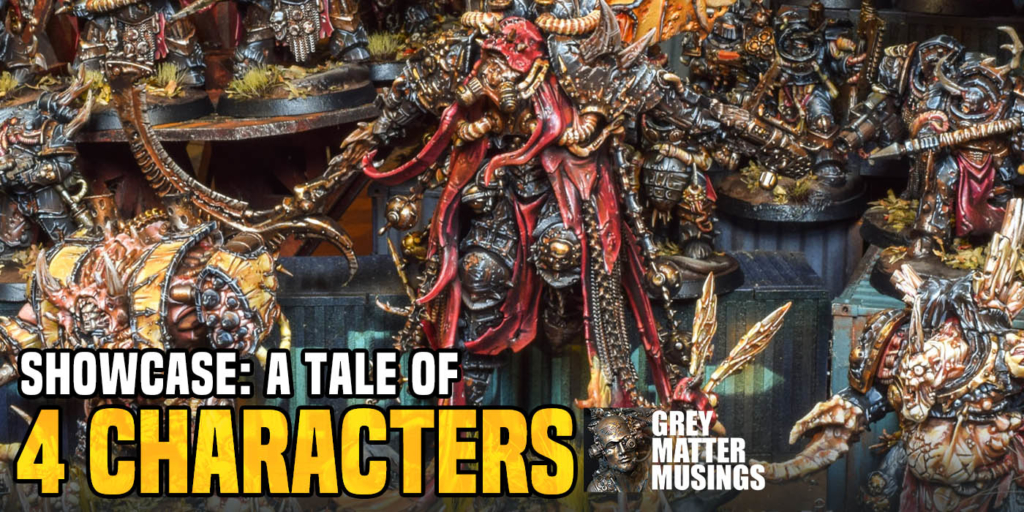