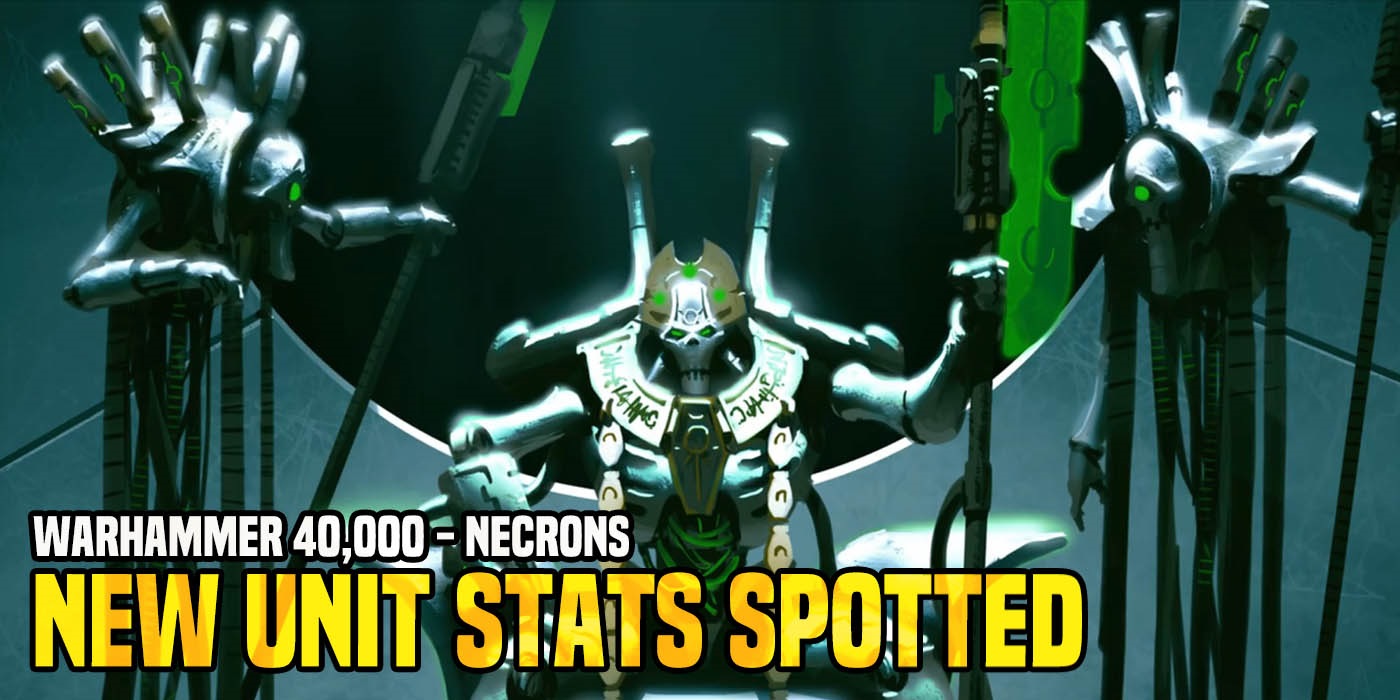 New Necron units and some old favorites have had their statlines revealed. Come take a look for yourself!

We know that the Necrons are getting a bunch of new units and a new codex in October. But in the meantime, where can you find out the unit stats? Looks like the new starter boxes have some more rules for the new units and the assembly instructions also have some unit stats, too.

Interestingly, GW seems to have shifted the Damage Table on the the model’s statline bar.

Anyone else hoping that we get an Overlord on a Heavy Destroyer Body?! 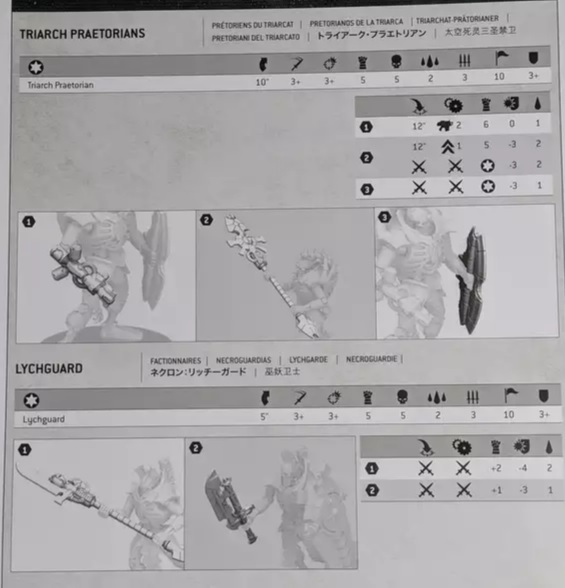 The Praetorians have gained an attack and their weapons options have been improved. The Particle Caster gained a shot and the Rod of Covenant gained a point of damage for both melee and shooting. The Lychguard also gained an attack. 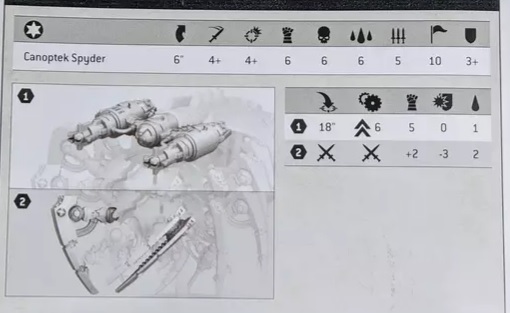 Canoptek Spyders gained 2 wounds and an attack on their stat line. It looks like the Particle Beam shrank in range however. To make-up for that it appears to have gained 3 shots but lost a point of strength. It’s close combat attacks gained +2 strength, a point of AP and went to a flat 2 damage vs D3. 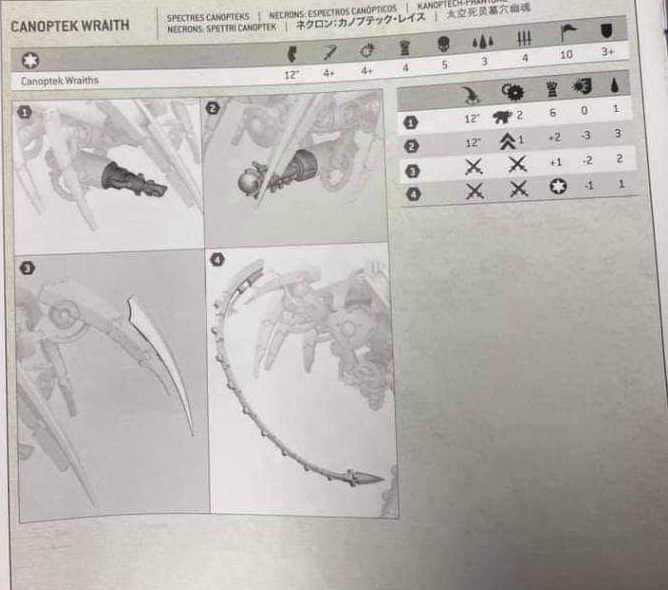 The Canoptek Wraiths got a bunch of tweaks. Here’s their current statline to compare:

They went from BS/WS 3+ to 4+ and dropped down to 4 strength. They did gain an attack and their armor save went to 3+. Their Particle Caster got the same treatment with the extra shot but the Transdimensional Beamer got tweaked a lot. It’s now strength +2 and a flat 3 damage. Their claws are now +1 strength – which still leaves them weaker than the previous version and the Whip coils took a hit, too.  Overall, seems like a nerf to this unit. 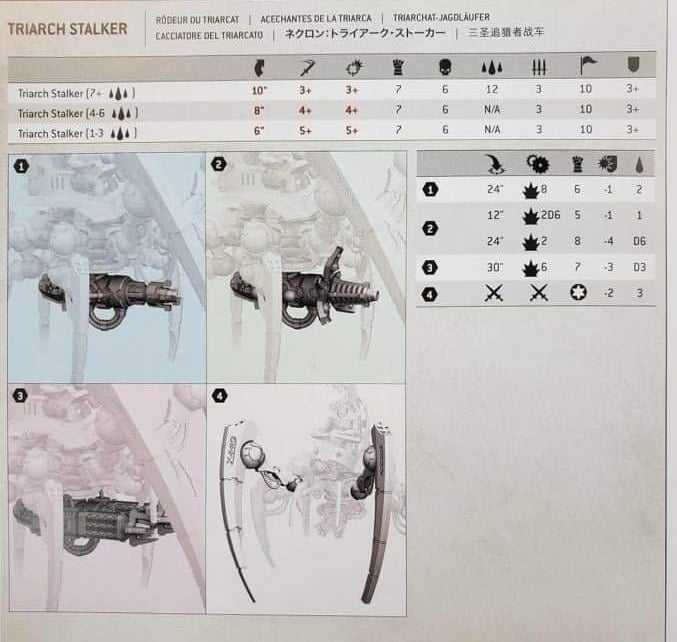 The Stalker gained 2 wounds up to 12. The damage table is basically the same. The Particle Shredder gained 2 shots but lost a point of strength. It’s also a flat 2 damage now. The heat ray’s dispersed version got 4″ of range. The Twin Heavy Gauss Cannons gained 4 shots up to 6 but dropped in strenghth, AP, and damage. The close combat attacks also gained an AP and also went to a flat 3 damage. 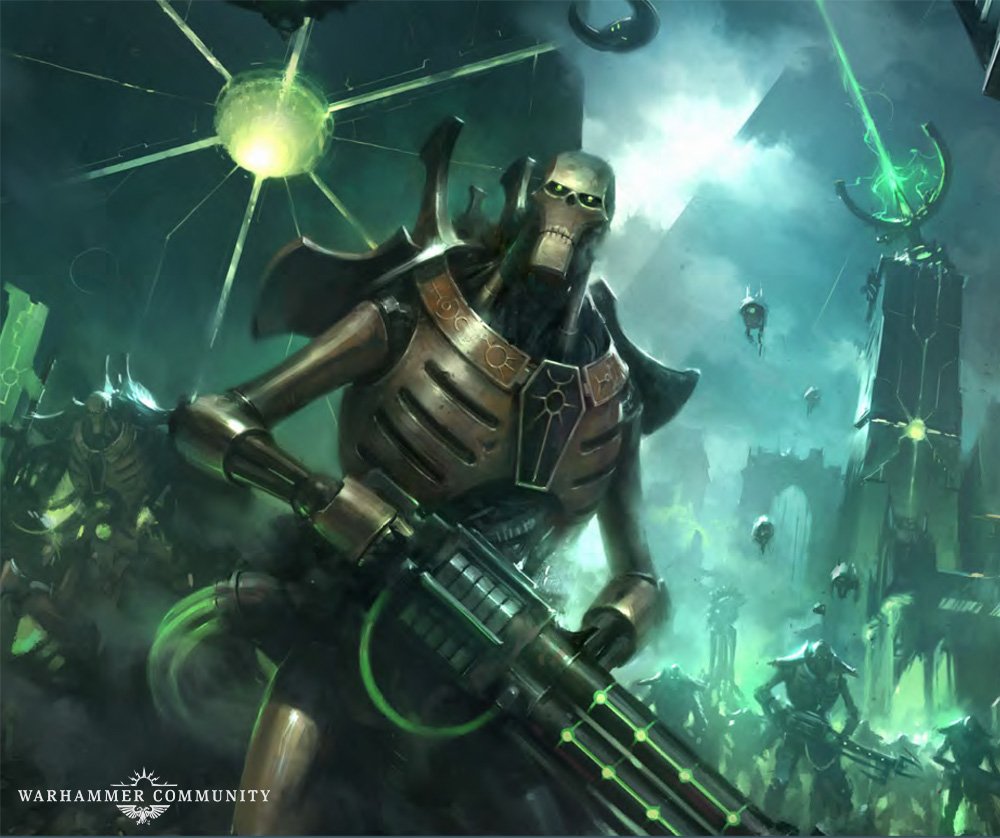 This could be the tip of the iceberg for the Necron coming in October. Who knows what else got tweaked and changed subtly in the upcoming Codex!

What do you think of these Necron changes?