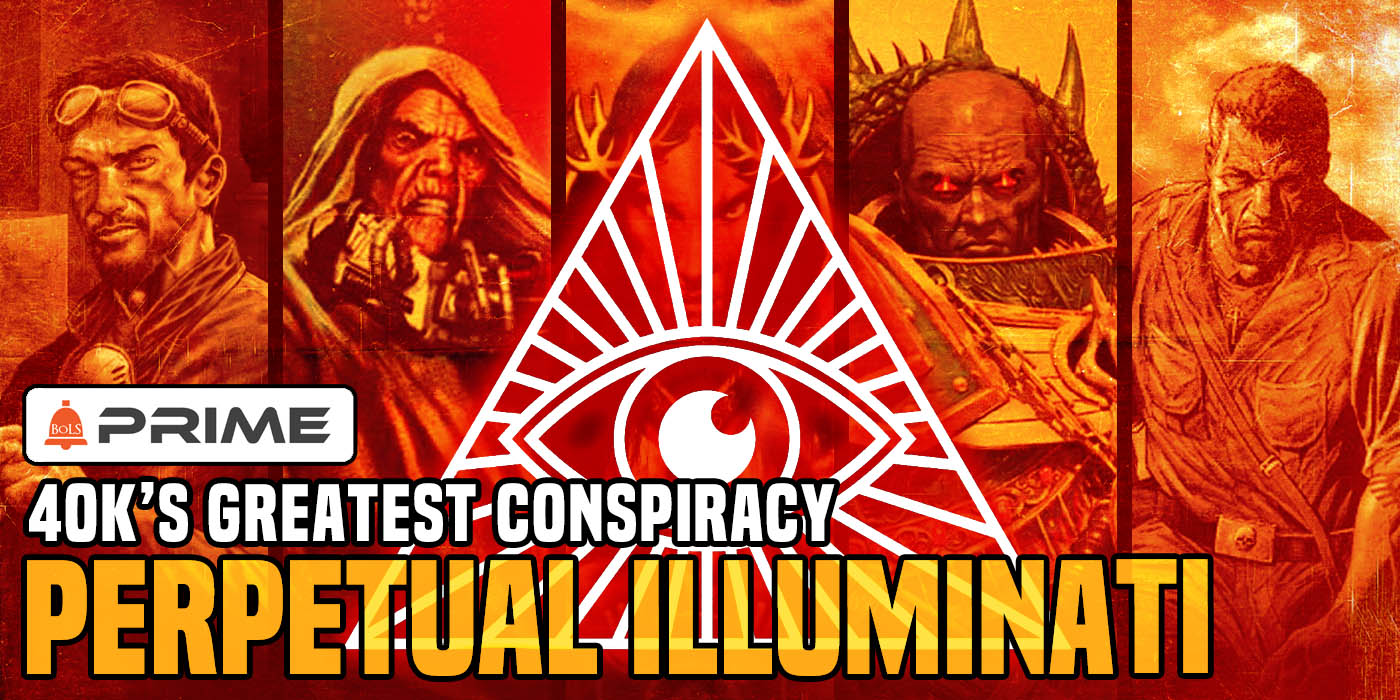 Today let's delve into the grand conspiracy that has dominated humanity since the very beginning.

Everything you have been told is a lie. For tens of thousands of years, across all the long eons from the birth of the first man to the coming of the Emperor, humanity has believed itself free. The master of its own destiny. It was only when the Emperor emerged from obscurity to end the reign of the techno warlords and bring Unification to Terra that humankind was giving a guiding hand. Only then was the fate of mankind taken out its own hands and control by another, higher, divine power. Or so we have been told.

But this is a lie.

In truth, the fate of mankind has never been its own to control. Since before the first word was written, back in the dim pre-history of the species there have been those on Terra with powers far beyond those of mortal man.  These beings have long controlled the direction of human civilization, acting as a hidden immortal conspiracy to direct the ebb of flow of human growth. They have used humanity as their playthings, used mankind as fodder in their wars and feuds, and conspired to dominate all. Lurking in the shadows these have made sure that humanity has never truly been free.

I speak of course of the Perpetuals. The immortal gods that walk among us.

Let us delve know into their dark history. Their nature and powers. And their grand ...