Warhammer 40K: The Problem with Stratagems 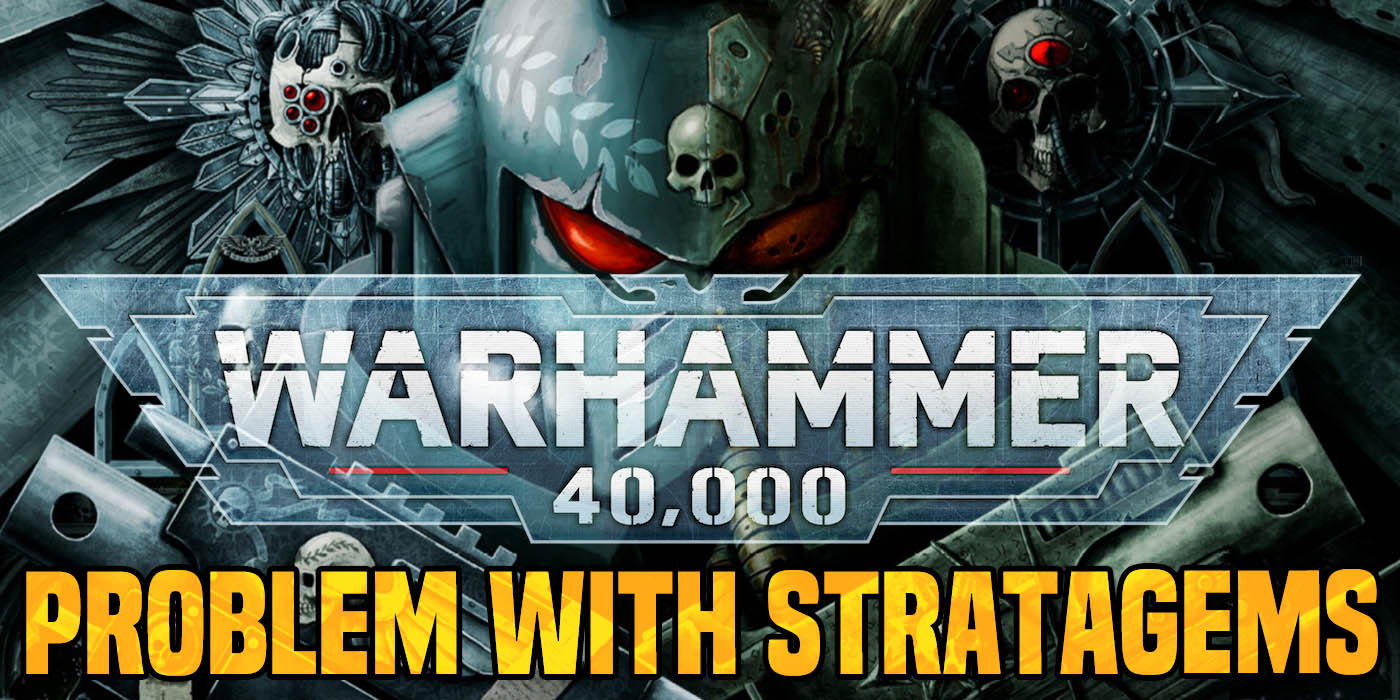 Today let’s talk about the state of stratagems in the game, and something that has been bothering me.

Today I am taking a small break from the philosophy series to talk a bit about the game of 40K since we’ve had some time to digest some of the stuff coming out with the new edition. Part of this comes from conversations I’ve had with people around the community, particularly my friend Ricky, so I’d like to express my appreciation for all the good conversations I’ve had as I’ve prepared this.

Stratagems are a new addition to 40K when looked at in the context of the whole game’s history. Even so, we’ve had a couple of years to really dig in and digest their place in the game now. I think it has been long enough for us to really take a look at what stratagems have added to and taken away from the game. At its core, the concept of stratagems was to create a system that would allow your units to be a little extra, or to allow the players an opportunity to find an exception to general rules principles and practices. The best examples of these are the core stratagems in the rulebook. 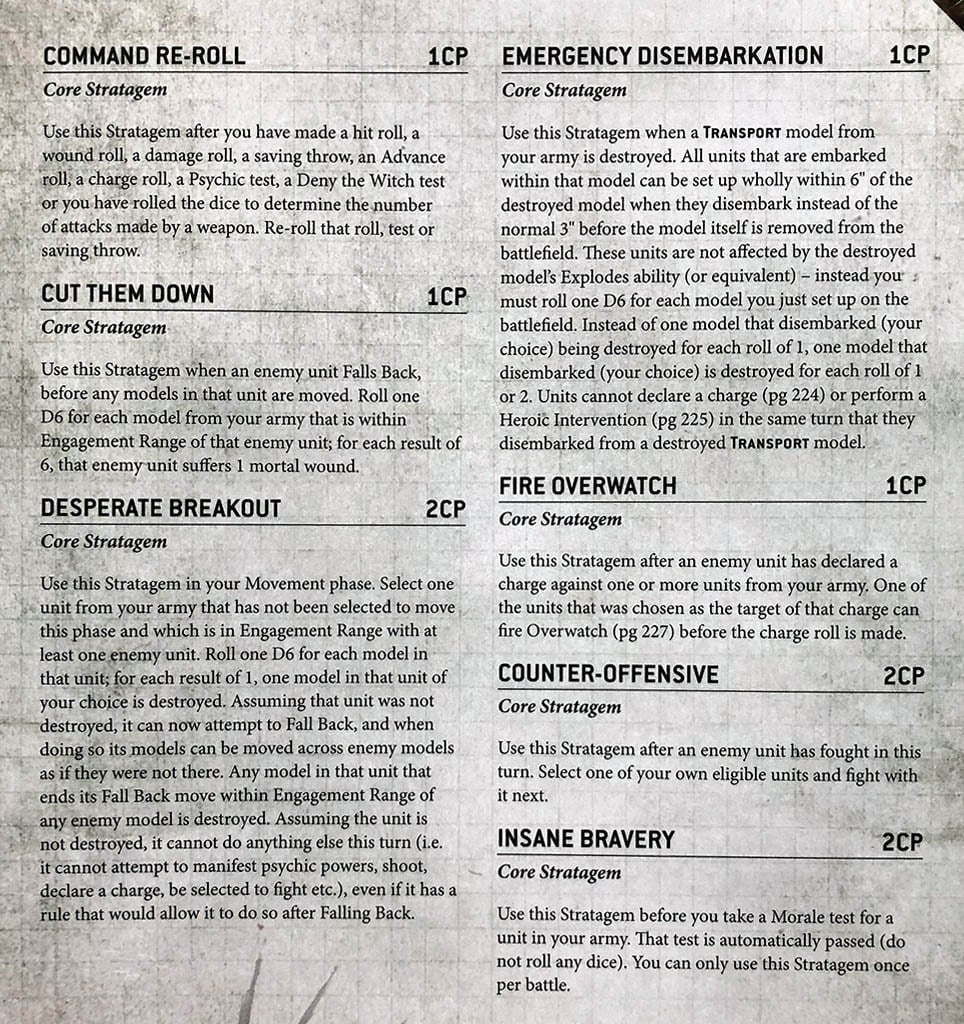 These stratagems allow you to do something that normally the rules don’t allow. Re-rolling a roll. Interrupting the combat sequence. In 9th edition, there are more core stratagems than there were before. Shooting in the charge phase. Escaping from being locked in combat if you’ve been tri-pointed. These are all good stratagems, in my opinion, because they allow for in-game actions that go beyond typical expectations. They are tactical, limited, and even reasonably priced for the most part. As good as these are, however, stratagems have grown beyond just the core rulebook.

Stratagems may have started small, but now there are more than ever before. Each faction now has a full list of stratagems from its core rulebook. Additionally, there are also stratagems that came out with the Psychic Awakening series. There are dozens of stratagems per faction now, so many that you couldn’t hope to use them all in a single game. The stratagems each vary in effectiveness and situational usefulness. Some are so strong that armies are literally built around the utilization of them. 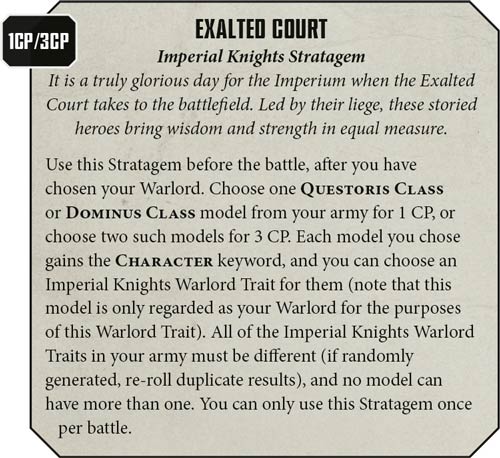 Many stratagems are so overshadowed by the few outstanding ones that they see next to no use at all, or are so circumstantial that they require very specific situations to operate.

Some of this is to be expected. Inevitably when you have a group of things, the most useful things will rise up the hierarchy. That’s nothing to be too upset about except in the circumstances where a stratagem is so good that others in the book may as well not exist for all the use they get. More than that, though, I think the real problem with stratagems lies in the ways they replace a unit’s uniqueness.

For all the coolness of stratagems and the way they allow units to be extra, sometimes it seems that it takes the use of stratagems to make a unit or even a faction feel normal.  I’m going to pick on my favorite faction here for a bit, but there are many examples of it. In the beginning days of Blood Angels in 8th Edition 40K, they hit the scene pretty hard. A lot of this was the result of the stratagems that allowed them to close in and make use of their jump pack units.

Wings of Fire was very popular and very effective. Of course, that meant that it received an increase in CP cost. Further changes to how reserves rules work relegated the faction slowly over time to the bottom-tier. Once you were out of CP, after all, BA suddenly forgot how to fly. That seems inappropriate considering how this is a core theme of the faction that existed for years prior. Rules iterations in the past for BA focused on their jump troops ability to accurately descend from on high to deliver judgment. Meanwhile, several of their units and characters were missing things that were mainstays from previous editions, or were watered down versions of their former selves.

This was especially true for characters like Mephiston, Dante, and Tycho. Mephiston, while formidable, lost character by losing his Transfixing Gaze ability – one that has existed since he first got rules in 2nd edition. Dante was cast down as the worst named Chapter Master out of all codexes because of his price and his re-roll wording. His Death Mask was no longer unique, and he offered no benefits to give an army additional command points like other Chapter Masters, despite being lauded as a tactical genius who even Marneus Calgar took a backseat to. Baal Predators, once a mainstay of BA lists, were next to useless because they were exempt from the Killshot stratagem. Beyond that, a core feature of the tank (and all BA rhino-chassis for years gone by) was turned into a stratagem – Lucifer Engines. The speed and ferocity of BA Rhino rush armies disappeared. Then it got edited further in later updates as if to seal its grave.

This watered-down feeling is not unique to Blood Angels. Dark Angels also had core concepts of their rules turned into stratagems, like The Inner Circle stratagem.

Other stratagems were so situational that they hardly came up in games.

Some were related to wargear, where weapons that used to be wargear became stratagems.

This is not something that is unique to Astartes factions, but these are the ones I”m the most familiar with. I’m betting fans of their particular faction will be more than happy to put in the comments the things about their preferred factions that have this same issue. Psychic Awakening and some of the codex supplements aimed to correct some of these issues, but in some cases they only made it worse.

When Your Solution Creates a New Problem 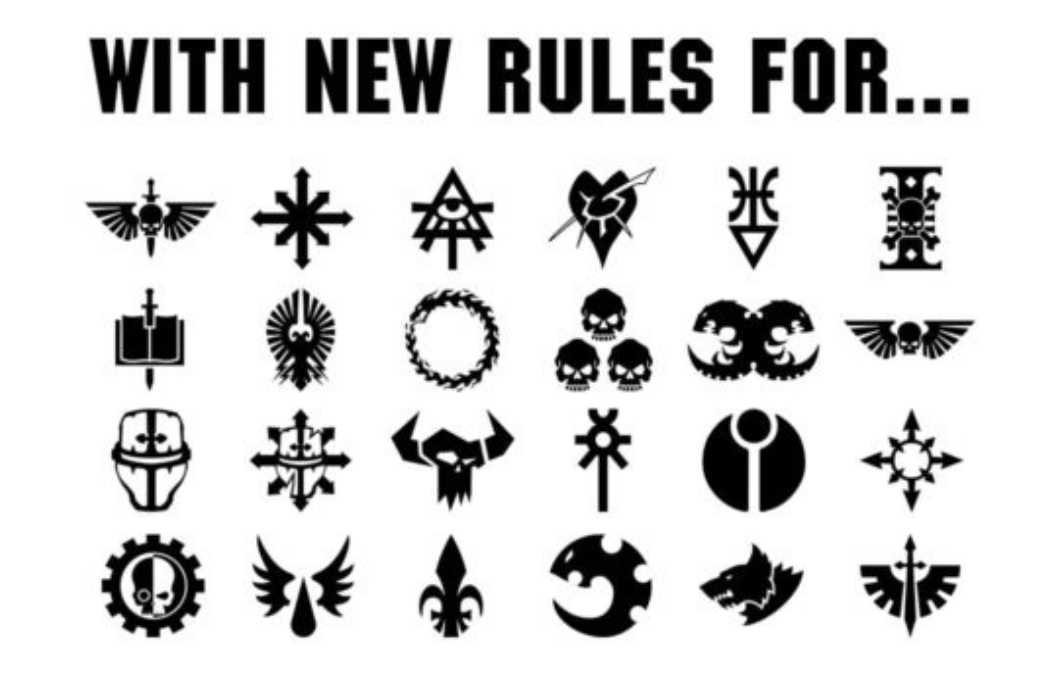 Psychic Awakening was a great breath of fresh air into the new edition. Many factions, including the Blood Angels, benefited greatly from the additions to their core rules. This helped reduce the watered-down feel of the armies in general, though not completely or in the right ways. In many ways, it actually re-emphasized some of the problems by adding even more stratagems to the mix. For Blood Angels (again, because I’m the most familiar with them), the Sanguinary Guard received a lot of characterful additions that made their death masks function more, but only if you had the CP to spend on them.

Death Masks should be a core part of this unit, as it has been in the past. Especially considering the base ability of the masks affects morale. So you pay points for the mask so you can pay CP to use them effectively. While I love the effect of the stratagem, it is unfortunate that you have to pay a fee to pay the fee for using them.

Of course, some of the character or depth features that were added to armies with effective strategies created some incredibly powerful units and armies. The power of the post-supplement Space Marine armies is well-known, particularly to factions that regularly take a backseat to the Astartes spotlight. This affects the experience of their opponents. Even among non-competitive or matched play gaming this became a problem, as some players refused to play against Space Marine armies. No amount of yelling ‘Git Gud’ to someone looking for a good time rolling dice will enhance their play experience, after all.

Even after that, the number of stratagems exacerbated the problem of too many stratagems and not enough command points. So, post-psychic awakening, we are sitting on more stratagems than ever before, and our armies are parched for the resource that defines their character.

Looking to the Future

This problem still exists to an extent in 9th edition, though we have yet to see if the new codexes will address this problem. Will the new codexes cut back on the number of stratagems and give units their own rules back, or will we have even more stratagems? Is this concern premature? We’ll have to wait and see.

Don’t get me wrong, I think that stratagems are a great addition to 40K. I just would like to see stratagems as the things that make the army “extra” instead of being necessary to the core function of a faction.

One thing that I like about Age of Sigmar right now is how command abilities work. If 40K were to scale back on stratagems and have hero abilities like AoS, do you think it would offset some of the problems that stratagems are having? I think it might.

What do you think? Do you like the way that stratagems work, or do you think they should be adjusted?