Warhammer Next Week: The Beastgrave Opens Once More

New Warbands come to Beastgrave  next week, making it a whole lot killier. Murder elves and Ironjaw Orcs await your pre-order next weekend.

That’s right folks, the Beastgrave has opened once again as we return to Warhammer Underworllds next week. Two new Warbands are going up for pre-order: Morgwaeth’s Blade-coven and Morgok’s Krushas. Each of these new warbands has their own distinct play style, so whether you prefer to be agile and killy, or to dole out punishment as fast as you can take it, you’ll find something to delight. Let’s take a look! 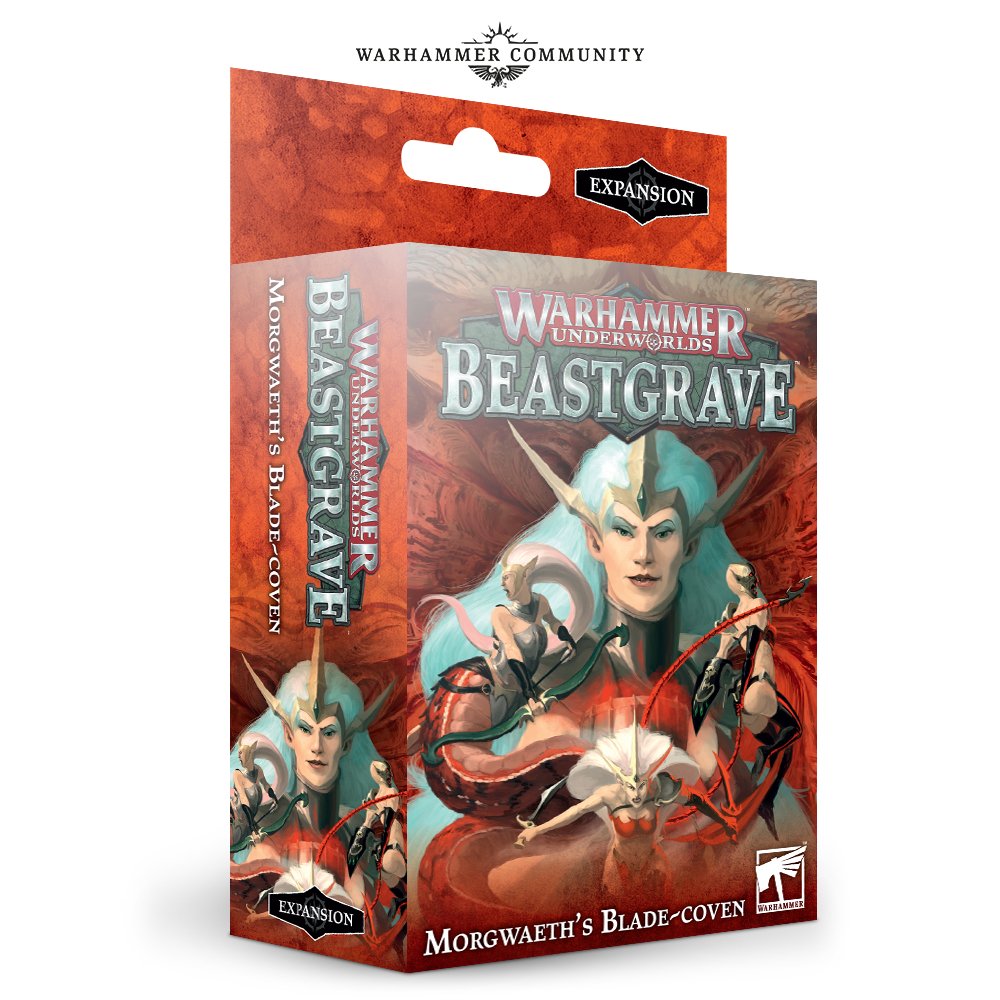 Meet Morgwaeth’s Blade-coven. These witch aelves are more than capable of killing you where they stand, whether that’s close up, right where their knives can drink your blood–or at range where their Melusai will pierce your heart with her heartseeker bow before slithering away to a safe distance. 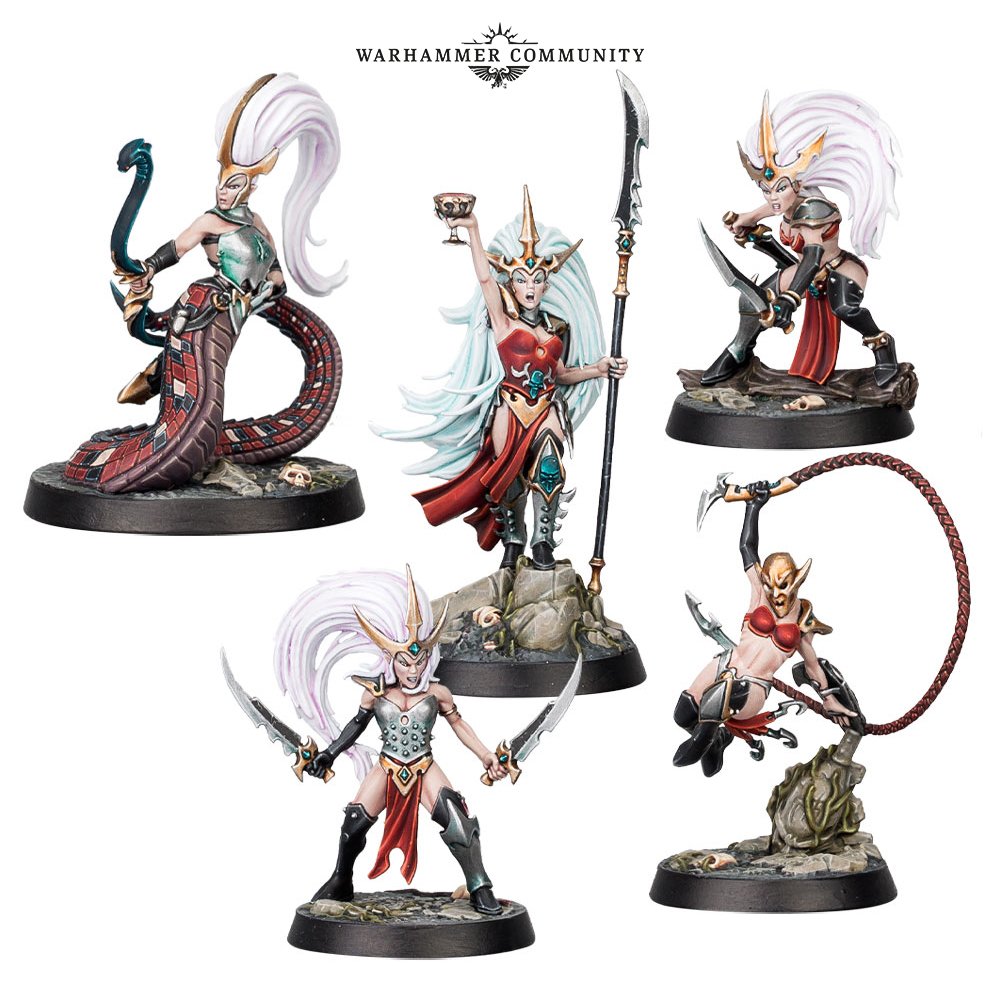 There are five models in this kit, each one looks very lithe and agile and deadly. Like their AoS counterparts, they likely hit hard, but must rely on their ability to evade damage to stay in the fight. We’ll get a better look at their rules this week, so tune back in to see what they play like. 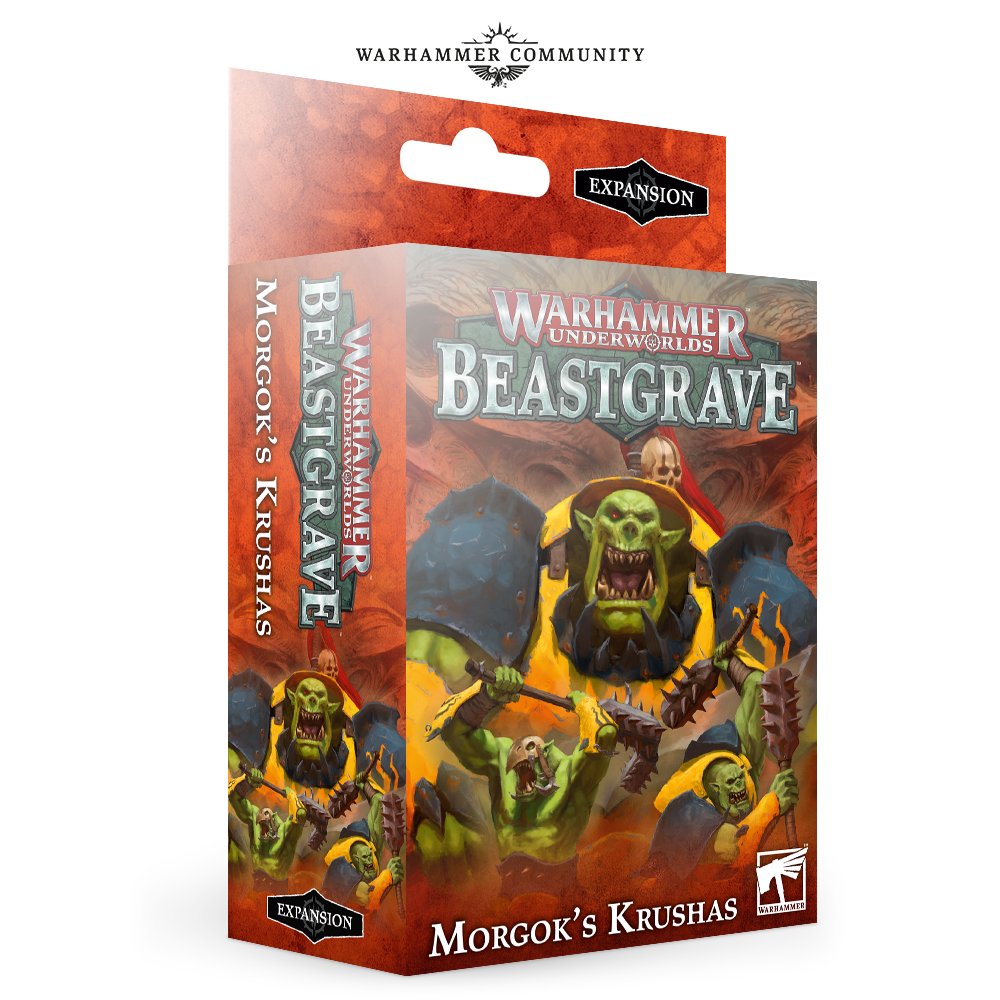 Meanwhile Morgok’s Krushas are a smaller in number (though not necessarily actual size), these big orruks are ready to krush you with their signature krushas. Whether wielding a big one, a little one, or keeping the spirit of the krusha alive in your heart even though you’re actually wielding two swords… Morgok’s Krushas are the fighting band for you. 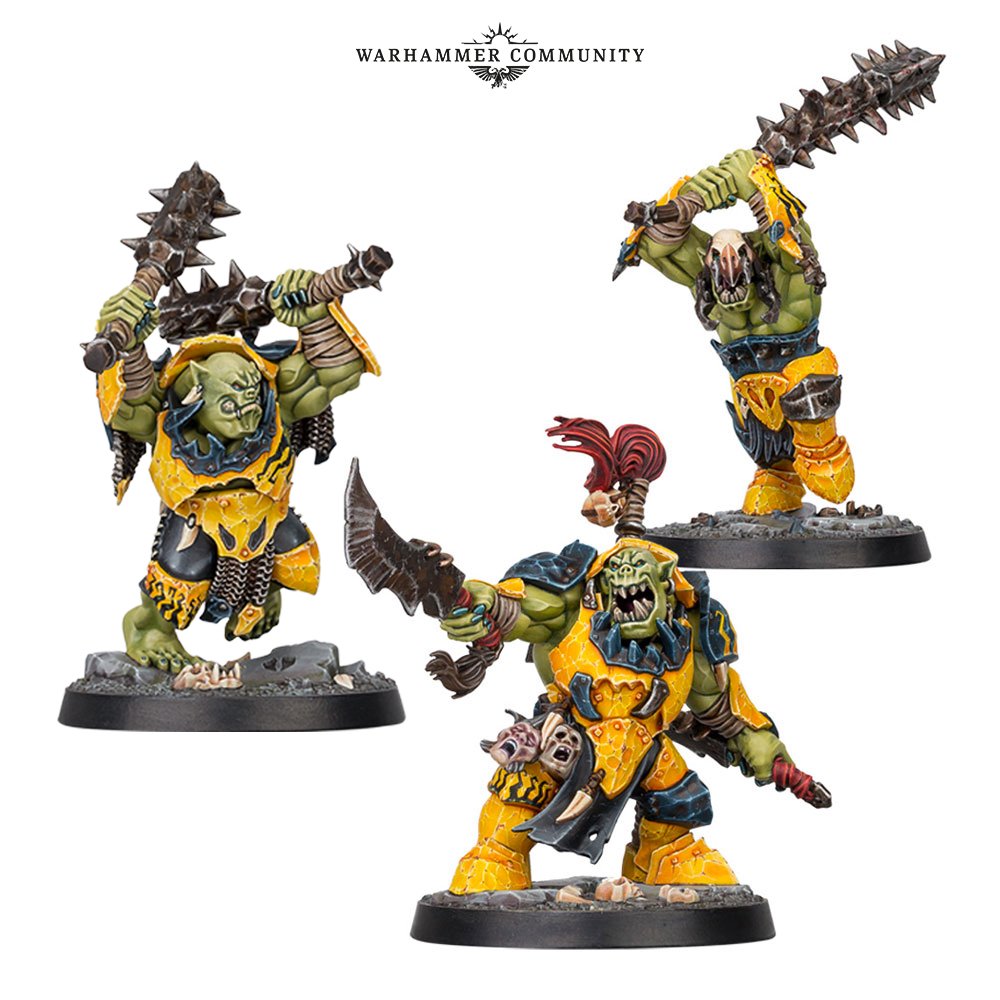 As you can see, there’s only three orruks here, which means they’ll have to be tough in order to hang  with the rest of the trapped tomb-robbers kept in the Warhammer Underworlds by Nagash himself.

We’re looking forward to seeing how both of these bands play, so check back later to get a glimpse!