“7 Wonders: 2nd Edition” Cleans Up Issues With the 1st Ed 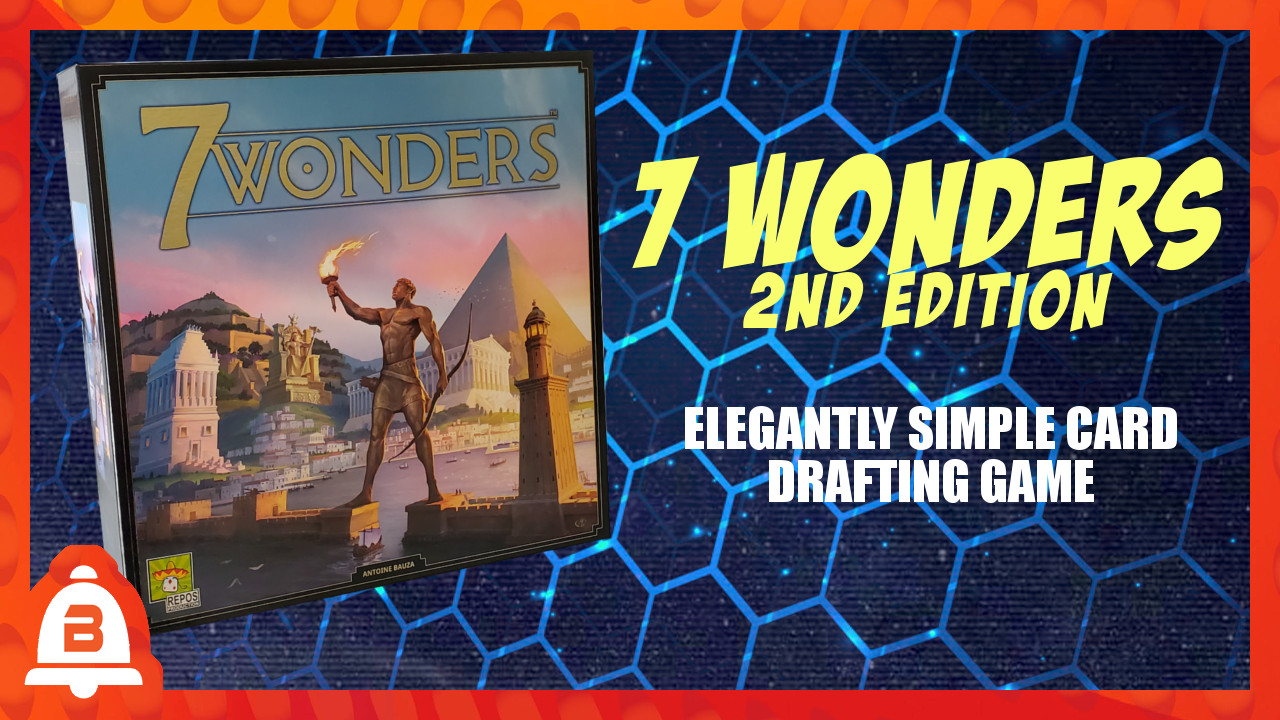 On the 10th anniversary of 7 Wonders, a 2nd edition has been released which makes the experience very welcoming to newer players.

7 Wonders is a game about building a city whose name will be remembered throughout history! Maintaining a constant source of valuable resources, as well as manufacturing and trade, while taking the lead on scientific research and militaristic conquest.

7 Wonders is a competitive card drafting and tableau-building game with some set collecting mechanics. The objective of each player is to earn the most victory points at the end of the 3rd round.

Each round begins with all players getting a hand of 7 cards. These cards come in a variety of colors which designate the sort of use they have.

The iconography and layout of the cards have been made a lot more clear from the 1st edition.

But regardless of the type of card, each card provides to the player whatever is shown in the colored banner under the name. Whether its a resource, military strength, victory points, or some trading opportunity. Some cards require the player to spend resources in order to build the cards. This cost is listed on the left of the card, in the small dropdown list.

Each player chooses one of the cards in their hand to play, then passes the remaining 6 cards to the next player, who will do the same. This card drafting mechanic is the core of 7 Wonders and provides a lot more strategic decisions to make than it might seem at first glance.

The 2nd edition features a Day/Night side with distinct art, instead of just an A/B side.

Each player will place their buildings above their player board since they will also be attempting to construct a wonder in their city. This is done by, instead of building their chosen card, spending the listed resources within the leftmost available slot on the bottom of the board, and placing the chosen card there, indicating the wonder is 1/3 built. Then repeating again for the middle and rightmost slot, which completes the wonder.

After the 3rd round, the game ends, and points are tabulated. Points are scored through a variety of methods. Blue cards, which grant points directly, are easy to figure out. Green cards offer big points if the player has collected specific sets or groups of them. Purple cards can grant points based on a lot of different things. There’s a lot of ways to score points, is what I’m getting at here. Whichever player has the most points wins! 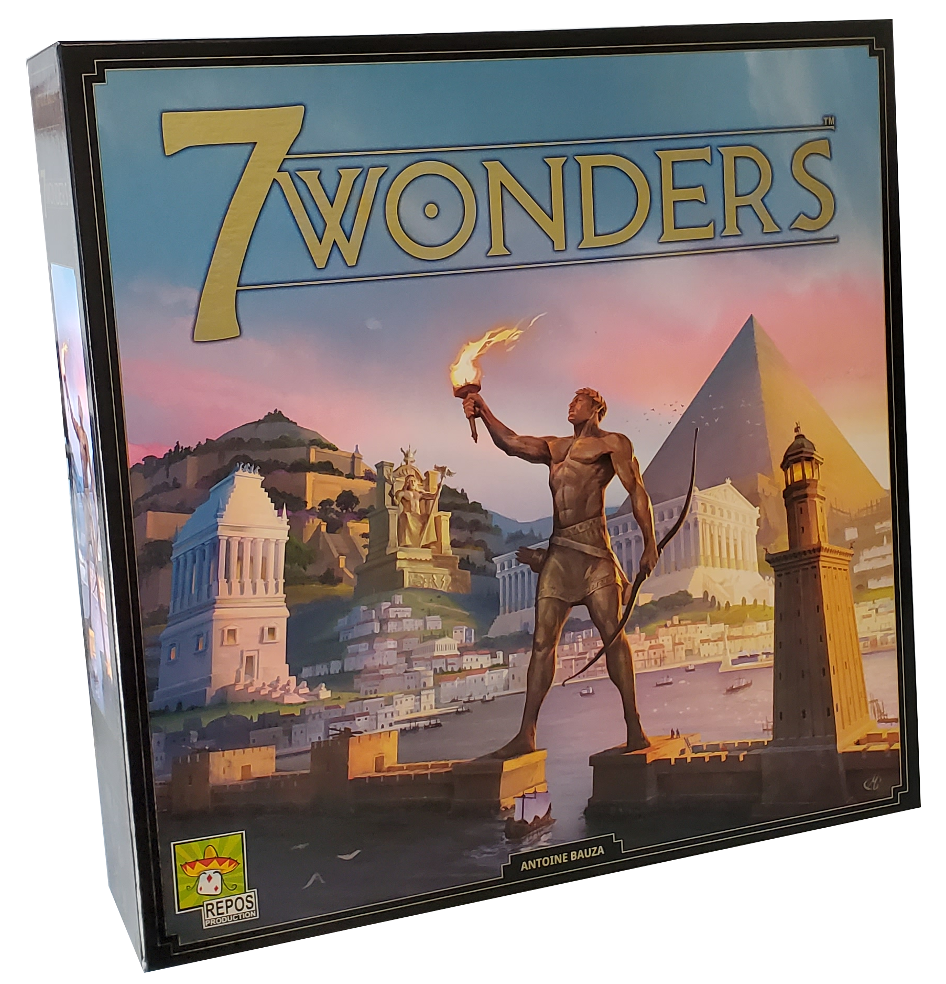 You are a leader of one of the seven greatest cities in Antiquity. Develop your city by increasing your scientific discoveries, military conquests,commercial agreements, and prestigious structures to lead your civilization to glory!All the while, keep an eye on your neighbors’ progress since they share similar ambitions.Will your wonder transcend the millennia to come?

Author: Matt Sall
Matt has loved games of all kinds his whole life: board, video, war, roleplaying. He's worked as a writer for BoLS since 2017. He's worked as freelance editor for board game rulebooks and has designed many of his own games as well.
Advertisement
Asmodee Board Games Card Games Rules Tabletop News Videos
Advertisement 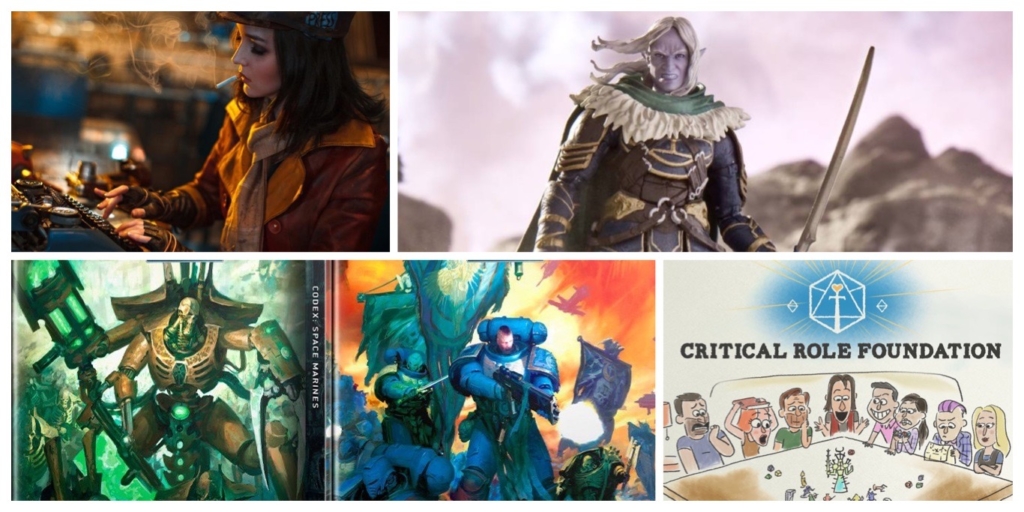