Hammerhal is coming to the Eightpoints, and it’s bringing all the thunder it can muster in service of Sigmar.

With a new expansion to Warcry coming soon and introducing us to the dark underbelly of the Eightpoints, the other factions are going to need to step up their game. Hammerhal, one of the largest cities in Sigmar’s empire, is certainly rising to the occasion with new rules in the upcoming issue of White Dwarf. While we don’t know too much yet about their rules, what we have seen looks pretty awesome, so here’s my quick take on the previews.

Hammerhal is not only one of the largest, but also one of the most diverse cities in the Realms, so large it straddles both the Realm of Fire and the Realm of Life. As such, the city is full to the brim of Freeguild warriors standing alongside Aelf and Duardin warriors of all walks. These warriors all make their way into the Eightpoints in one way or another, from duardin Ironbreakers and Aelven Wildwood Rangers to Freeguild Handgunners.

The Community site showed us the Marksman with Long Rifle card, and it is going to be a terrifying addition. Sure it’s a rather hefty 200 points, but it can absolutely ruin whatever you point it at with it’s rifle. It’s a single shot ranged attack with a 6-20” range, power 4, and base damage of 4, so fairly standard so far. However, should it score a critical hit, that damage rockets up to 10. Having a couple of these protected by a tough duardin Ironbreaker or Aelf Blackguard will mean you can easily pick off problematic enemies with little to no effort.

Hammerhal also bring a lot of exciting abilities to the battlefield, representing the diverse fighting style of the various races that call it home. Form Shieldwall, the double skill useable by your leader, allows any units with the Bulwark runemark to increase their toughness by 1 so long as they are within 3” of the leader model. That means you can set up a powerful defensive line to keep your slightly frail ranged units safe while keeping the pressure on your enemy. In addition, Hammerhal is getting its own unique campaign, detailing the story of the brave warriors chasing down a living spell to bring it under control.

Will you be making a Hammerhal Warband?

Author: Clint Lienau
Originally from North Carolina, Clint comes to Austin as the latest in a long list of haunts of a wandering actor. An avid gamer, writer, actor, pyrotechnician, and general nerd, he writes two Age of Sigmar weekly articles for Bell of Lost Souls from a slightly less than meta angle, plus a weekly tournament roundup. When not busy being a clueless cowboy, Winterfell Bannermen, or whatever else acting life throws at him, he enjoys reading folklore from around the world, writing narratives for his Wargaming armies, or watching all the movies he can. Look for his storytelling podcast, By the Dancing Fire, or find him on Twitch at RedWendigo13.
Advertisement
Age of Sigmar Warcry
Advertisement

GMM Showcase: A Tale of Four Characters - Lord of Sigmar 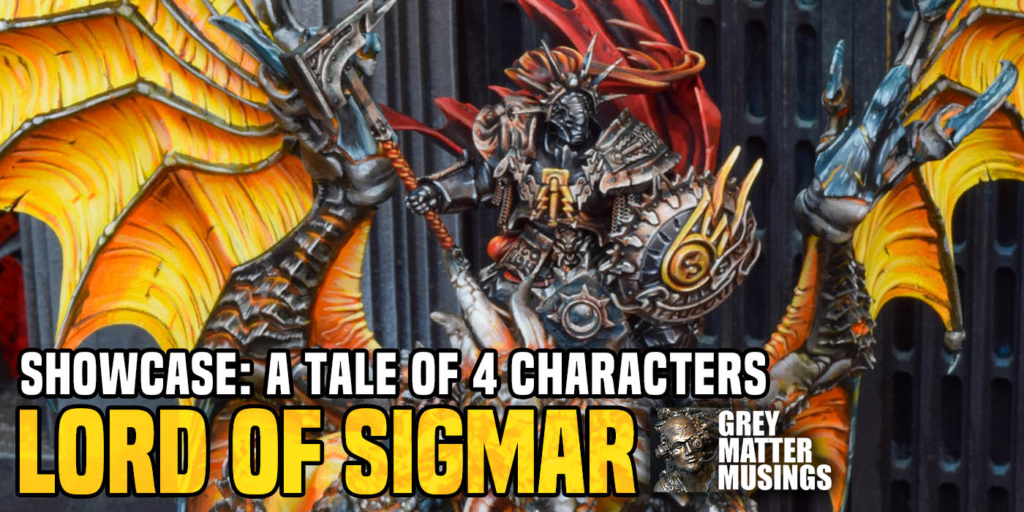