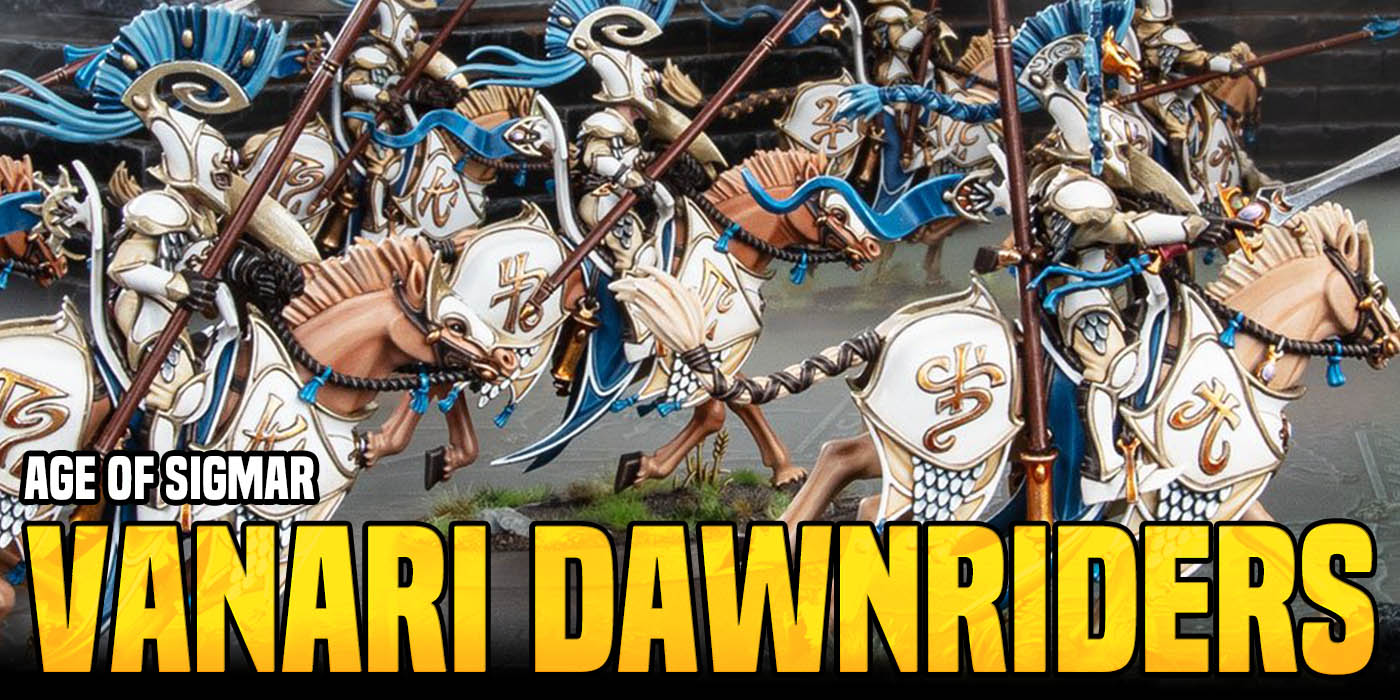 With the bulk of the Vanari units dropping this weekend, and the last unit going up on preorder, prospective Lumineth players that missed the army box, or those that snagged it and want to expand their forces, will be able to get the backbone of their army ready in no time. Here’s a quick review on the three Vanari units, and how they all fit into the grand scheme of the army. 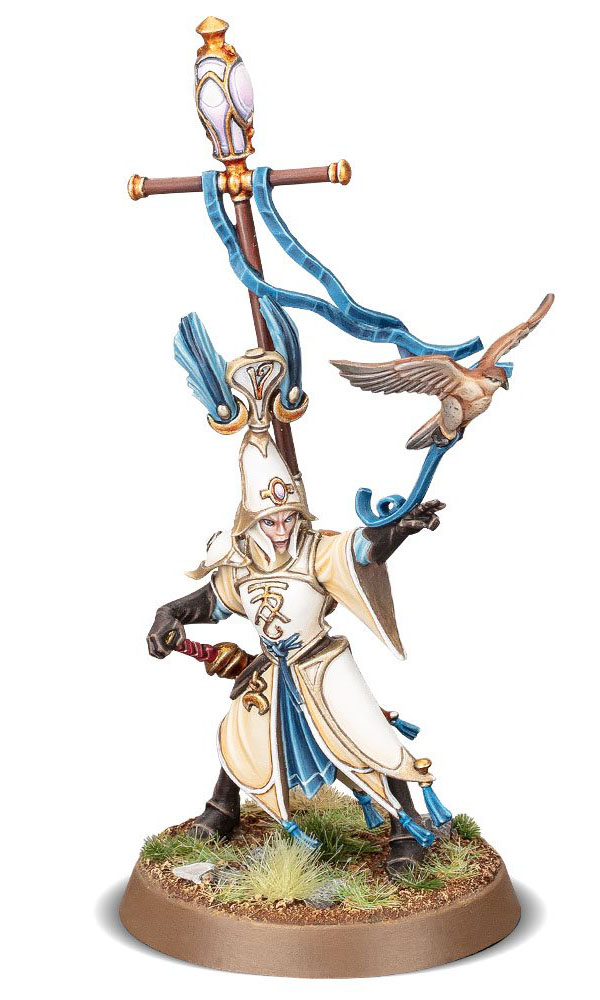 First, as with all Lumineth, all the Vanari are Wizards, and they all carry the same spell, Light of Hysh, which can be cast by any number of wizards in a single turn. This allows them to buff their already powerful Sunmetal Weapons, which dish out a mortal wound instead of regular damage on an unmodified 6 to hit, to dish out the MW on a 5+ instead. Since these are the core of your army for the most part, giving them this much punch is extremely powerful, especially when combined with their own unique special rules.

The Auralan Wardens are your basic core, and the only non-conditional battleline in the army (the other Vanari become Battleline when taken beside the Wardens, and the Stoneguard require the Ymetrica subfaction). They are a solid defensive line, and can make almost immovable objective holders with their Wall of Blades rule. This rule increases the To Wound roll of their pike attacks to 3+ and gives them a point of Rend if their target charged them in the same turn. Since they get two attacks with a 3” range, you’ll be able to dish out a ridiculous amount of attacks since even larger units will be able to get most if not all of their models in combat, and your opponent will think twice before charging an important unit into them. In addition, their champion model carries a Moonfire Flask, which allows them to pick a unit within 3” once per battle and smack them with d3 wounds on a roll of 2+. Once these guys get onto an objective, they’re likely staying there.

Standing behind your line of pikemen should be a unit of Auralan Sentinels. These expert archers can either shoot an aimed shot 18” with a slightly better hit chance and a point of Rend, or a Lofted shot 30” which, combined with their champion’s Scryhawk Lantern, can be fired at targets that the unit can’t even see. Best part about this, their bows benefit from the Sunmetal Weapons rule, meaning they can throw out mortal wounds from half the map away. You’ll want to keep them out of melee if you can, though, because their daggers do NOT benefit from the Sunmetal rule, so you’ll have to rely on luck to deal damage with them. But if you’re hiding behind the Wardens, or a hefty unit of Stoneguard, you won’t have a problem.

Finally, on the offensive side, we have the fleet-footed Dawnriders. These speedy horsemen get to increase the wound and rend of their lances on a turn they charge, similar to several other heavy cavalry units, and can increase their damage output exponentially with their Deathly Furrows ability. If they say they are using this ability, they can either increase their attacks by 1 and only attack models with 2 or less wounds and no mounts, or increase their attacks by two and only attack single wound models. While this isn’t exceedingly powerful against Chaos or Stormcast armies, horde armies like Skaven or Gloomspite will quake in terror before your charging horsemen. Once your Auralans have the objective, use these guys to hunt down threats.

Which units will you be prioritizing?

Age of Sigmar: Four Lumineth Realm-Lord Abilities To Look Out For 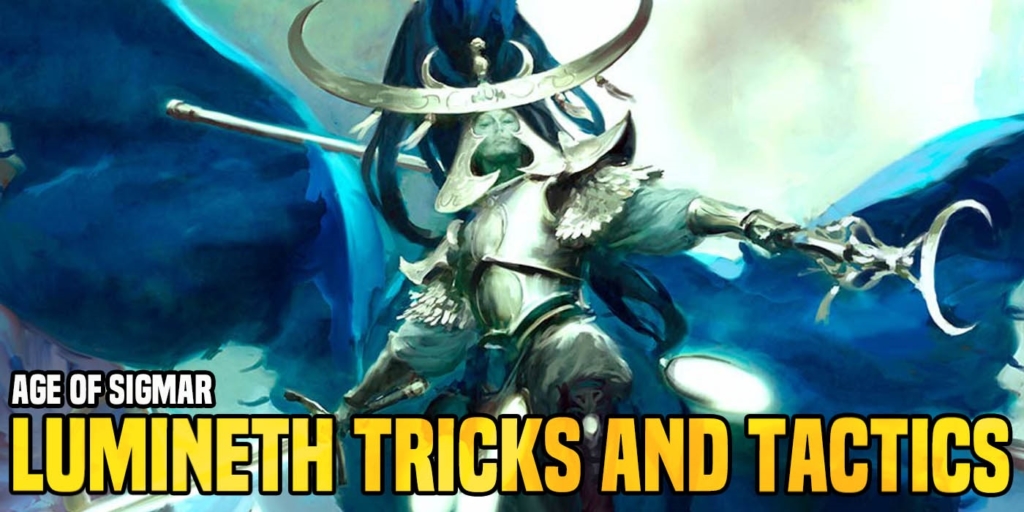