Last weekend, the Underworlds got a little more dangerous with the introduction of two new warbands–let’s unbox them and get ready for battle.

Last weekend, the Beastgrave opened up once more to admit two new Warbands. And today their boxes are opening up to reveal the contents within to you. Check ’em out! 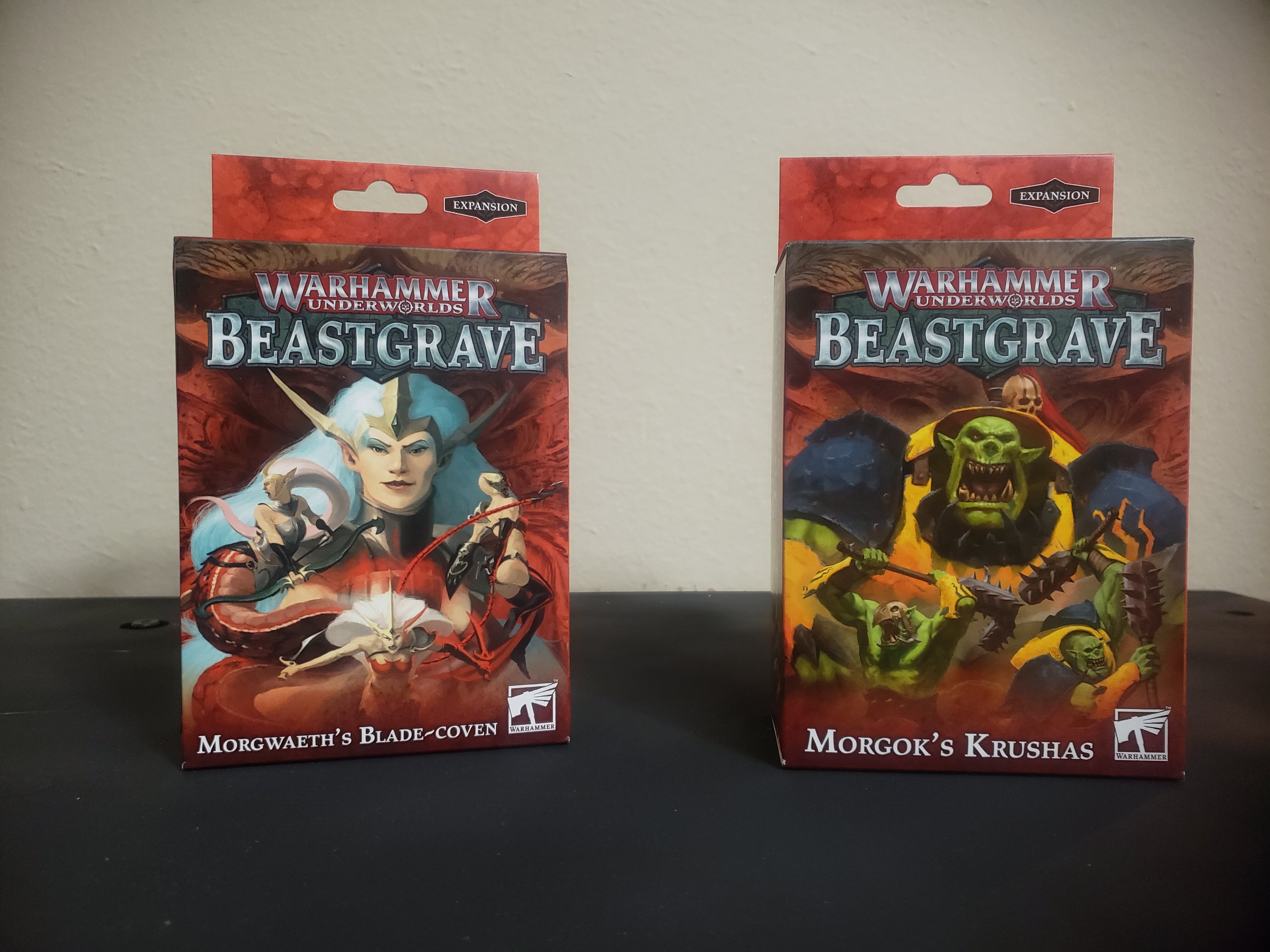 As with all the Underworlds kits, the box comes with color-coded sprue with all the pushfit models, two sets of cards (generic and unique), and the mini instruction manual for fitting it all together. The detail on all of the sprues is awesome, and the thematic bases and dynamic poses make the models stand out from their AoS kin. As much as I love the Daughters of Khaine, I’m a little partial to the Ironjawz models in this set. They have the solid, war-crazed look that so befits the Orruk mentality, and ‘Ardskull is the perfect balance between an Ironjawz Brute and Bonesplittas Maniak. Not that the Daughters don’t bring their own flavor to the table, particularly Khamyss the Sister of Slaughter who is diving into battle with her whip coiled around her, but they seem a little too static for the balletic servants of Morathi. Points have to be given though to Morgwaeth herself, who stands like the regal queen she is and definitely draws the eye when she’s on the table. 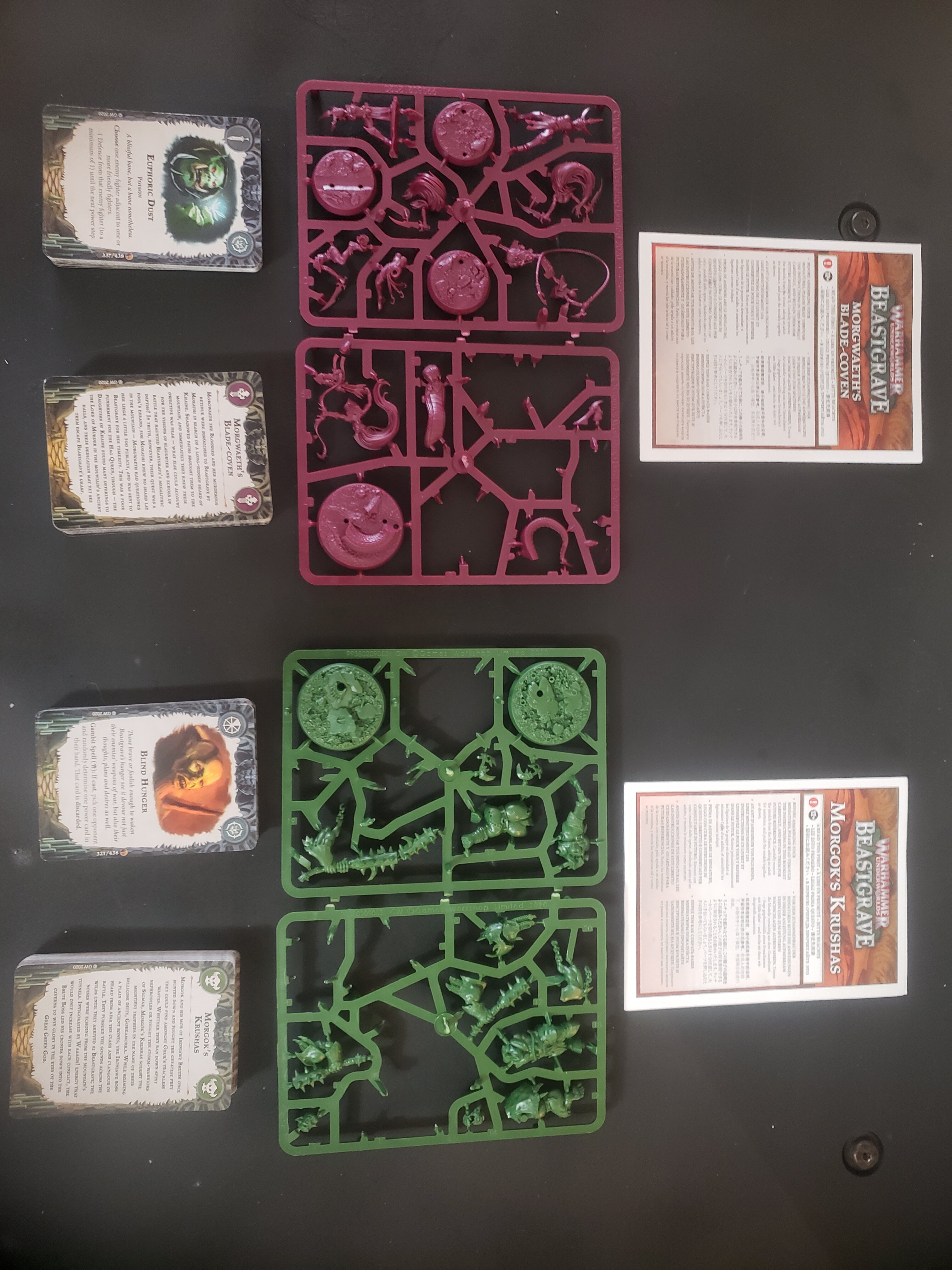 (I realized I forgot to take this picture until after I’d already built the leaders, so please forgive the holes in the sprues.)

The cards themselves are very interesting, and the unique decks weigh themselves well with the intent of the warbands. Morgwaeth has a lot of healing, rewarding team aggression, and heightening your army’s bloodlust with the Inspire ability. Morgok, on the other hand, favors single fighter beatdowns, and focuses on buffing one or two of your fighters into a living battering ram that can weather return damage. 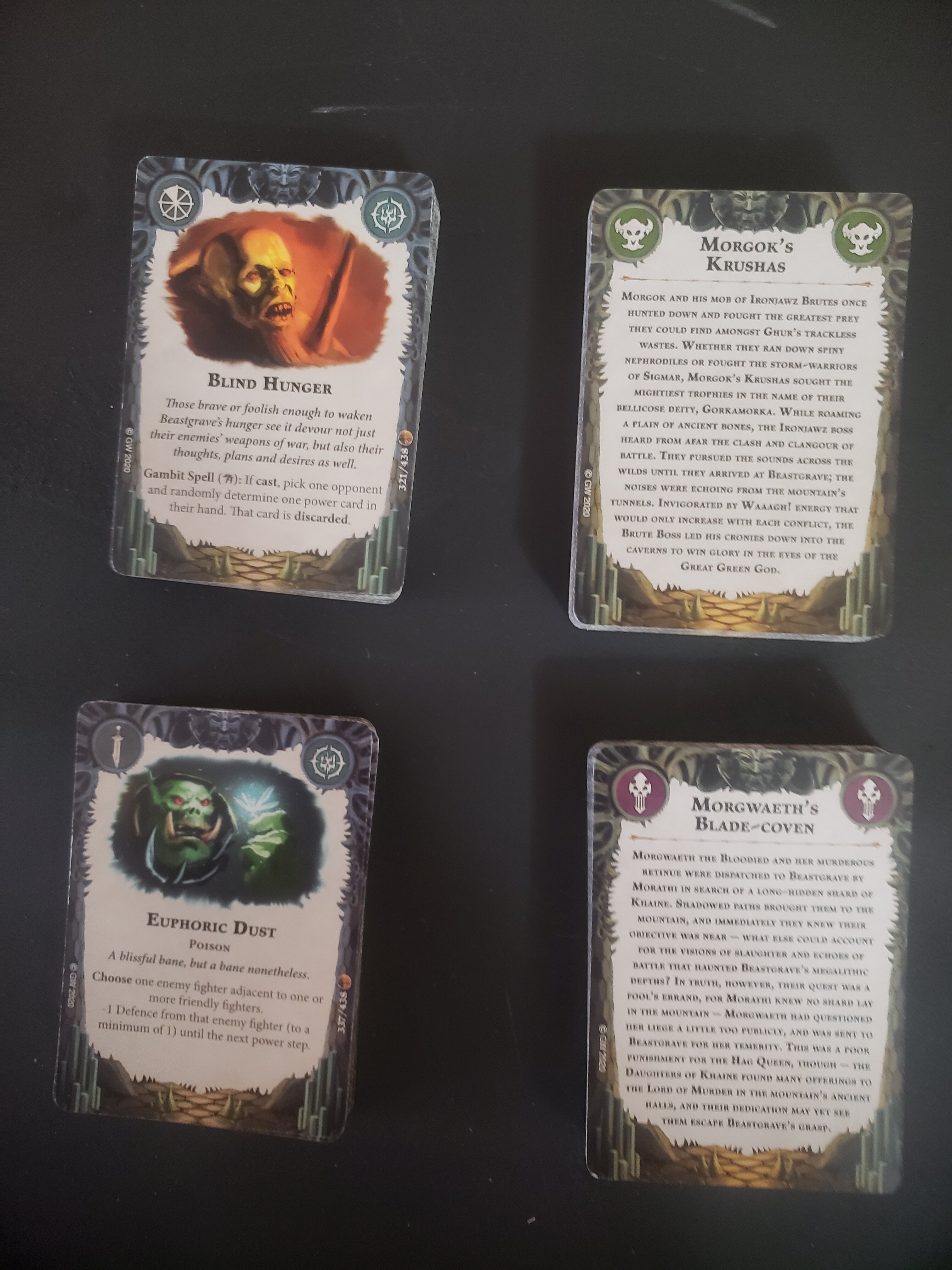 The pushfit design of the Underworlds models means that even novice model builders can get a warband game ready in an afternoon, without sacrificing the model’s look. Morgwaeth and Morgok both make great warband centerpieces, the former rising above her comrades on fallen masonry and the latter urging his warriors forward with a loud battlecry. I was able to get both of these models from sprue to finished in about 8 minutes, so getting the whole warband ready should be a piece of cake. Happy hunting, wargamers! 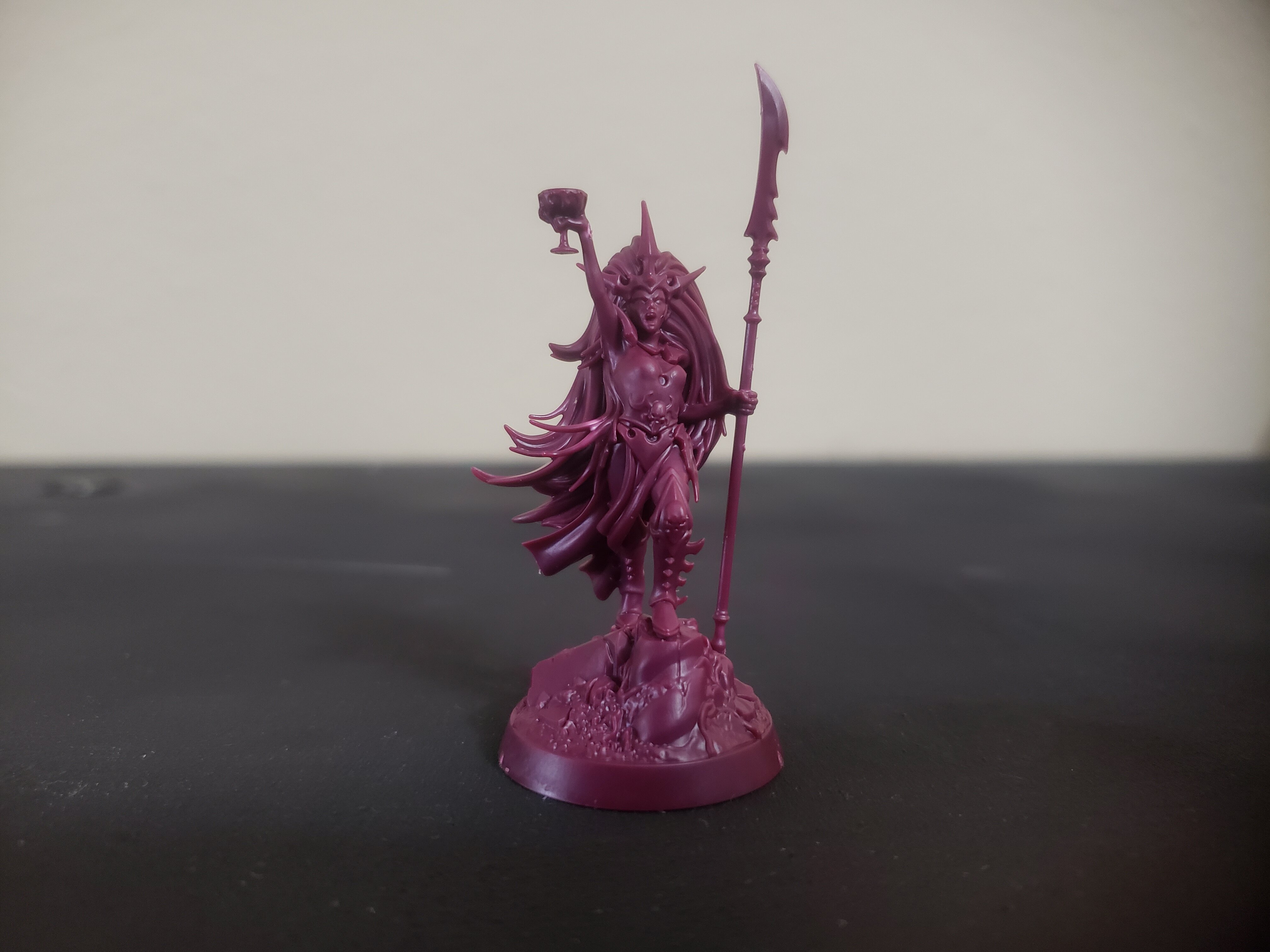 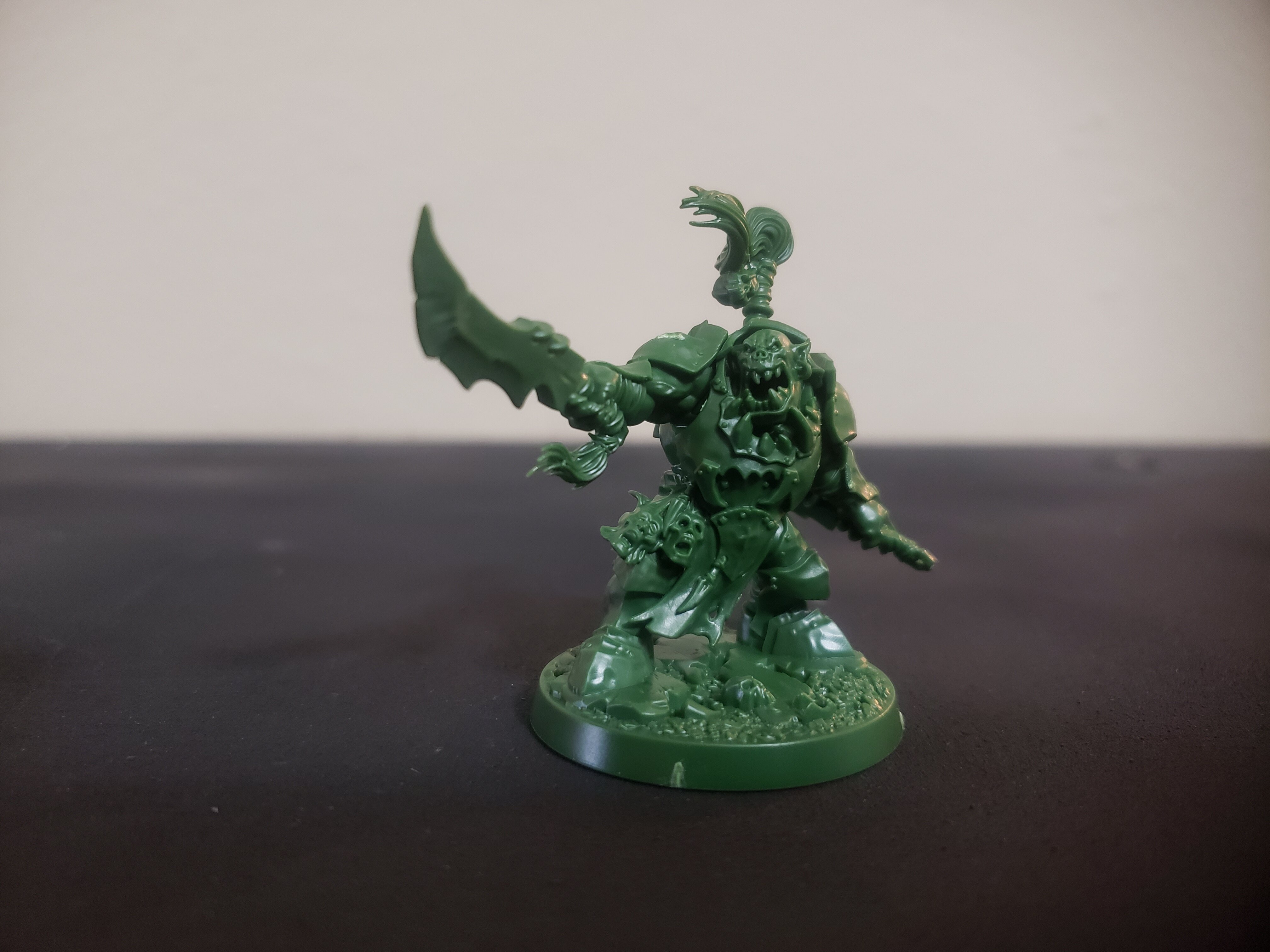 Did you pick up the new warbands?

Author: Clint Lienau
Originally from North Carolina, Clint comes to Austin as the latest in a long list of haunts of a wandering actor. An avid gamer, writer, actor, pyrotechnician, and general nerd, he writes two Age of Sigmar weekly articles for Bell of Lost Souls from a slightly less than meta angle, plus a weekly tournament roundup. When not busy being a clueless cowboy, Winterfell Bannermen, or whatever else acting life throws at him, he enjoys reading folklore from around the world, writing narratives for his Wargaming armies, or watching all the movies he can. Look for his storytelling podcast, By the Dancing Fire, or find him on Twitch at RedWendigo13.
Advertisement
Age of Sigmar Unboxing Warhammer Underworlds
Advertisement

Age of Sigmar: All that Hysh - About Those Preorders 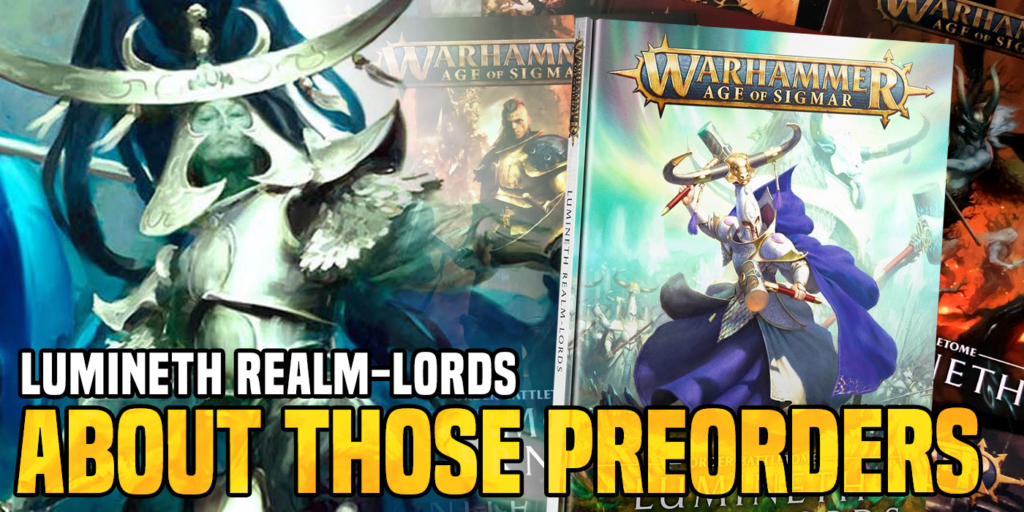