D&D: Two New Magic Tattoos In Tasha’s Cauldron Of Everything 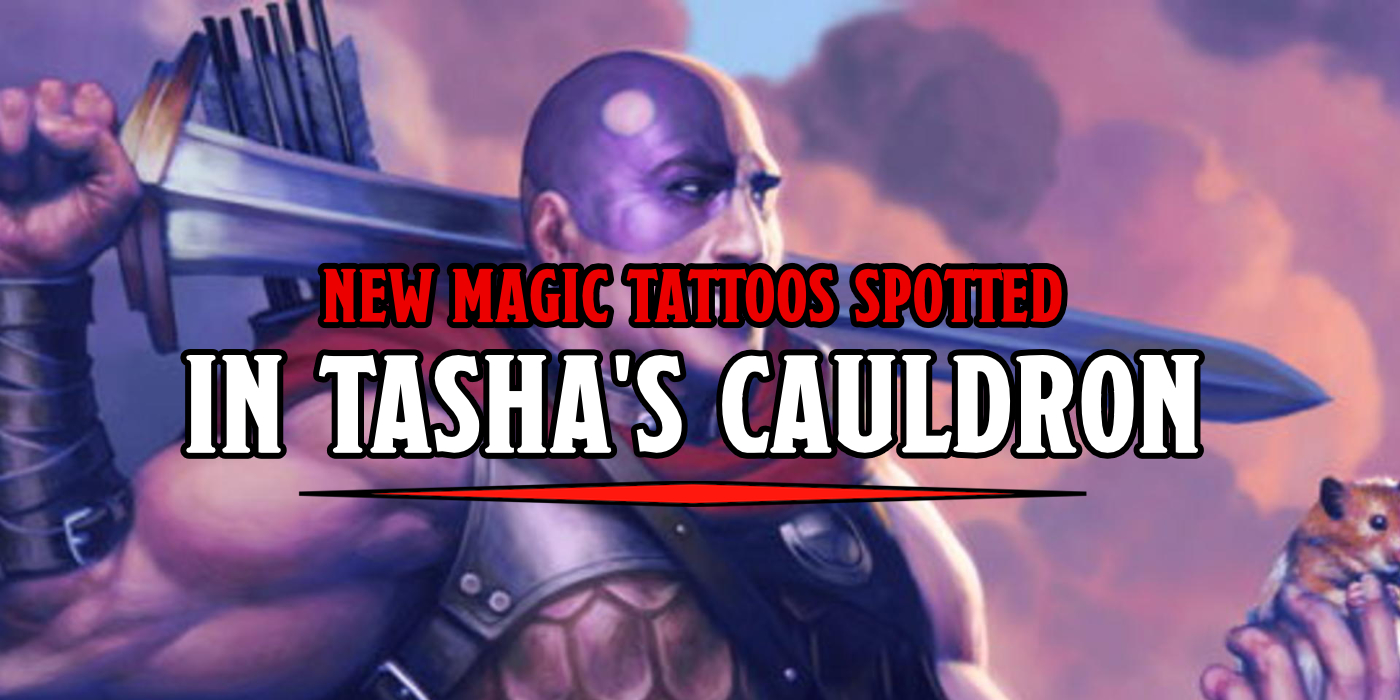 Tasha’s Cauldron of Everything will be formally introducing rules for magic tattoos into 5th Edition, but you can preview two of them right here, today.

Magical Tattoos have been around in D&D in one form or another throughout the editions, including 5th–with the upcoming release of Tasha’s Cauldron of Everything. Soon your Tiefling will be able to get a magical tattoo that commemorates an important event in their light, looks sweet in fan art, and gets you some kind of magical benefit. In the previous unearthed arcana, we got a glimpse of how big these tattoos are:

And recently we got a look at two magic tattoos that are confirmed to be in the new book, come take a look at the Masquerade and Coiling Grasp Tattoos. 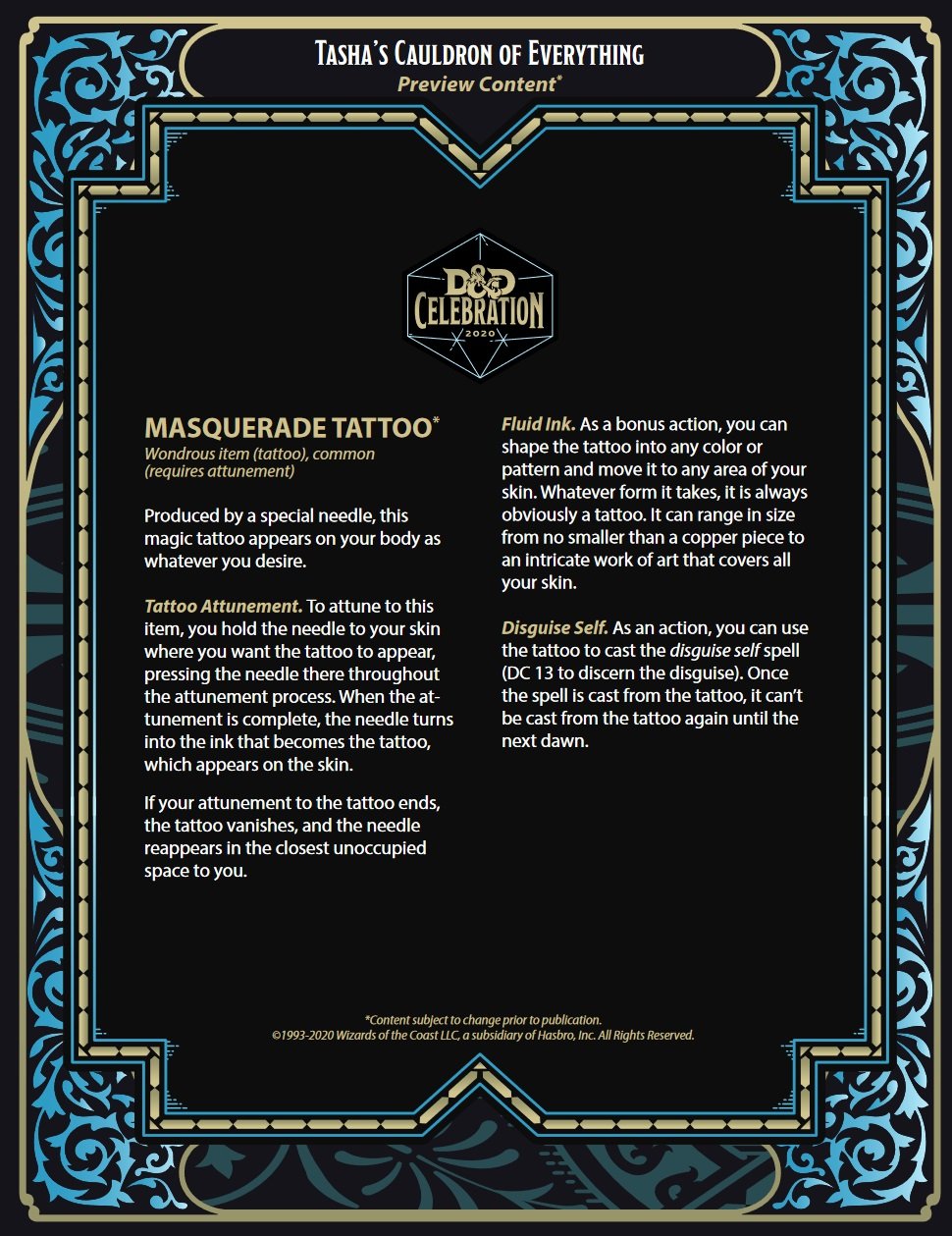 This is definitely an item for all the characters out there who are meant to see and be seen. It’s the magical equivalent of a display piece that you can change at will. Only it’s a tattoo and it’s always on your body. Which can be handy for Roguish characters, because your masquerade tattoo’s first power is to appear as a tattoo that looks like anything. So if a guard sees a figure with a distinct serpent and anchor tattoo robbing the royal treasury, when they find your rogue sitting with a humble M<3M tattoo, you’ll obviously be innocent.

Especially if you used the item’s second power to cast Disguise Self for your caper. 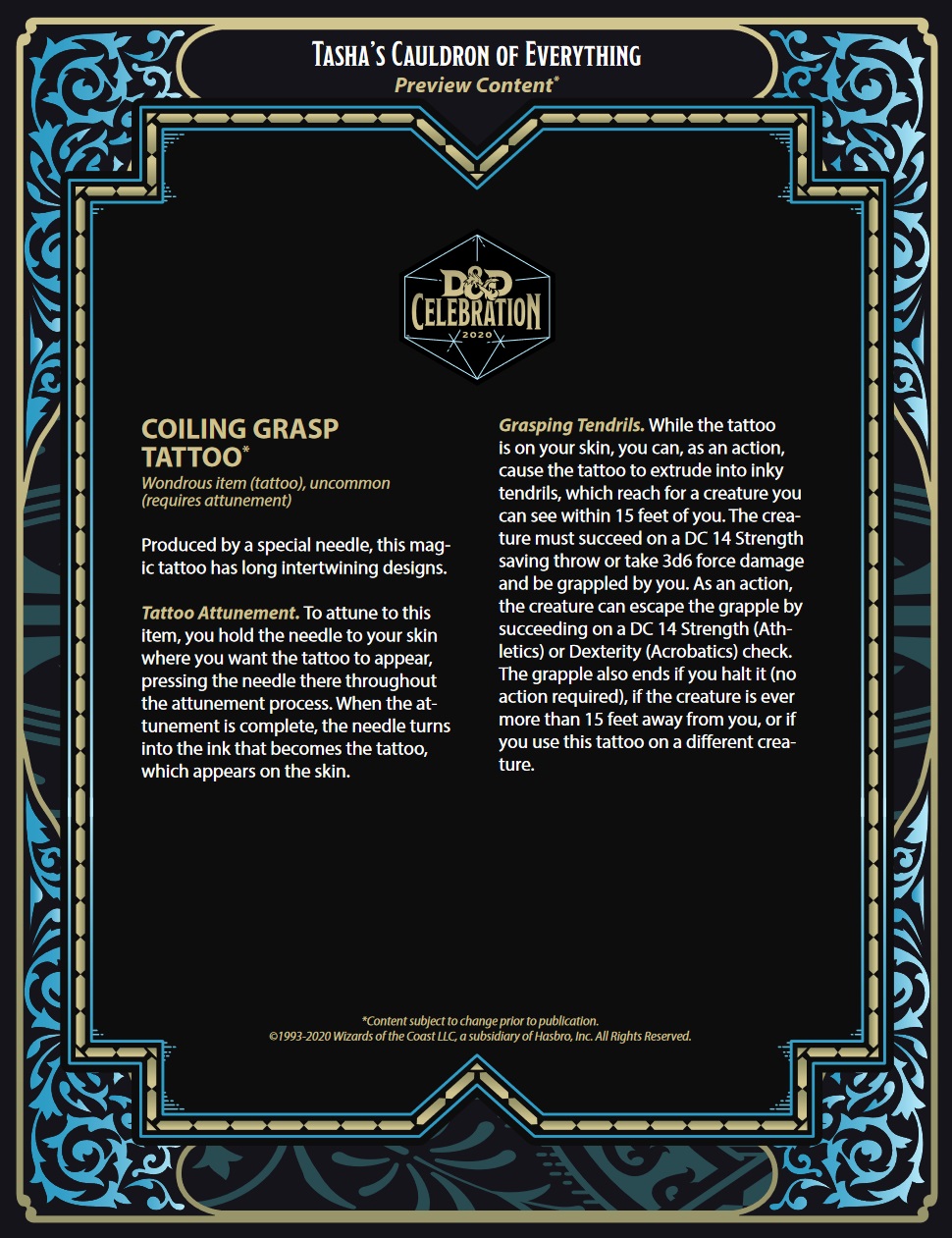 Then we have the Coiling Grasp Tattoo, which is an excellent item for when you just need to get that extra reach to try and pin down a troublesome foe. It takes your action, which makes it hard to figure out who wants this–trading your action for a grapple attack that can be avoided with a DC 14 Strength Save is okay. But it’s 3d6 damage that hits a foe within 15 feet and doesn’t target their armor class either, which makes it especially attractive to someone like a fighter. Especially if you or your party can shove the creature down and wail on them while they’re prone and can’t escape.

These are just two of the magic tattoos–there are plenty more set to come out in November, so keep your eyes peeled, and your fantasy aquaphor close at hand.

What do you think of these tattoos? Let us know in the comments! 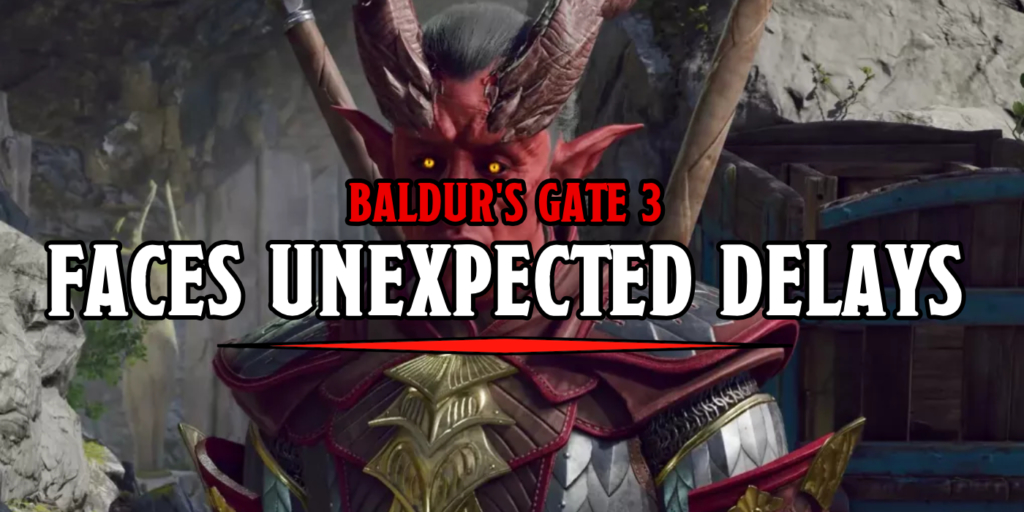