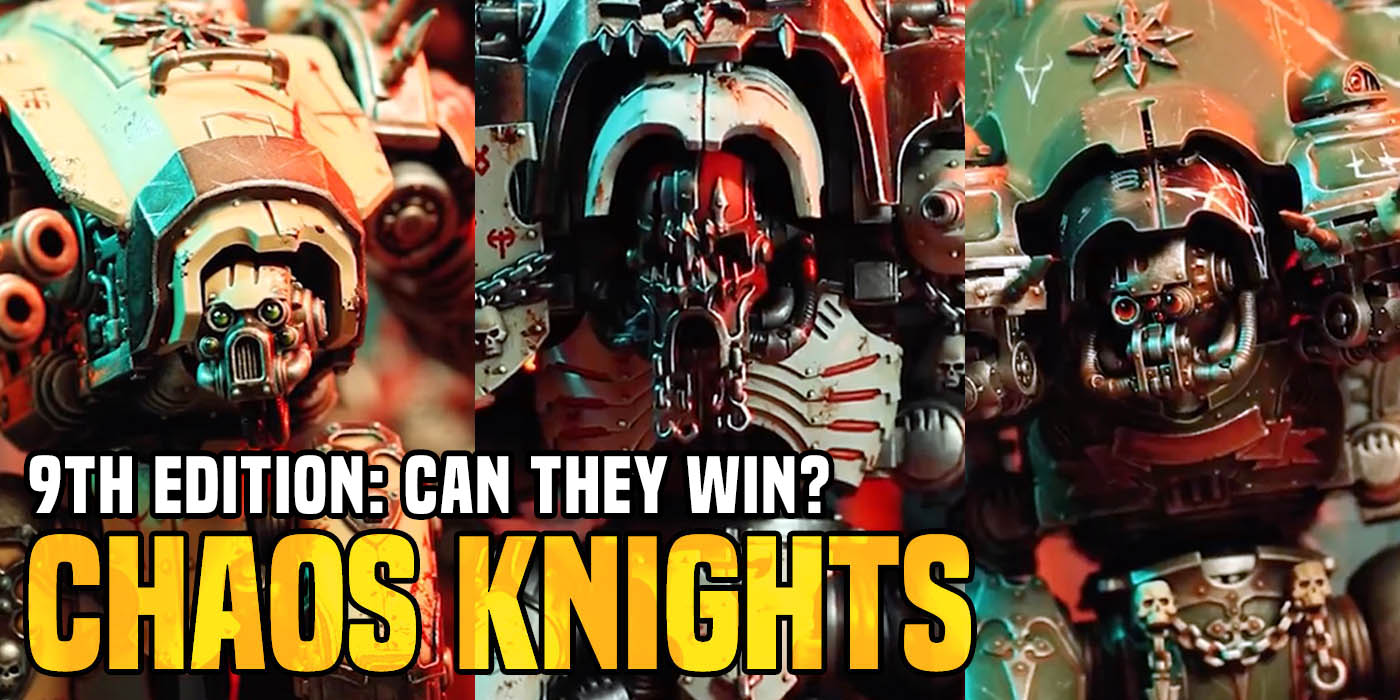 Goatboy here with a list I think can keep Chaos Knights in the running in 9th Edition.

Knights and their bad guy versions are really in a weird place.  They used to be the gate keeper of 8th edition with the ability to get more wins than losses in a lot of events but with 9th edition I think the big boys are at a severe disadvantage.  The mixture of holding objectives being important, needing to really back each other up, and issues with secondaries – the big baddies of 8th edition are sitting not nearly as pretty.  I think they can be worked with – we just need to rethink how to play them. 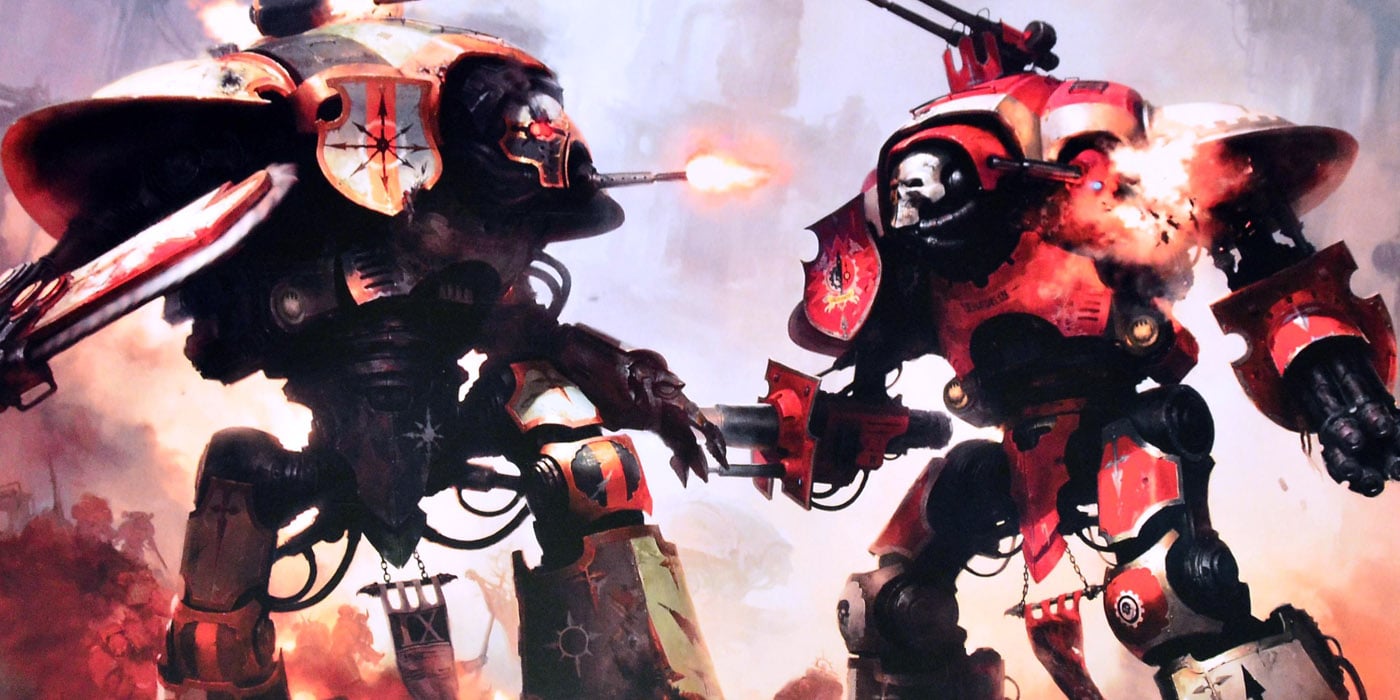 The old ways used to be 4-5 big baddies and the ability to remove the kill more option from the opponents game plan.  Mix this with usually killing things each turn and holding at min one objective – the Knight player could easily hit 3 points per turn while dealing with some of the secondary options based on their choices (with the old ITC missions).  This obviously changed in 9th so now the army has to rethink how to play the game.  I think we can still limit some Secondary auto takes and still ensure we have enough damage potential by shifting from a ton of big guys and moving to a large amount of Armigers mixed with an “Adult” knight to help out. 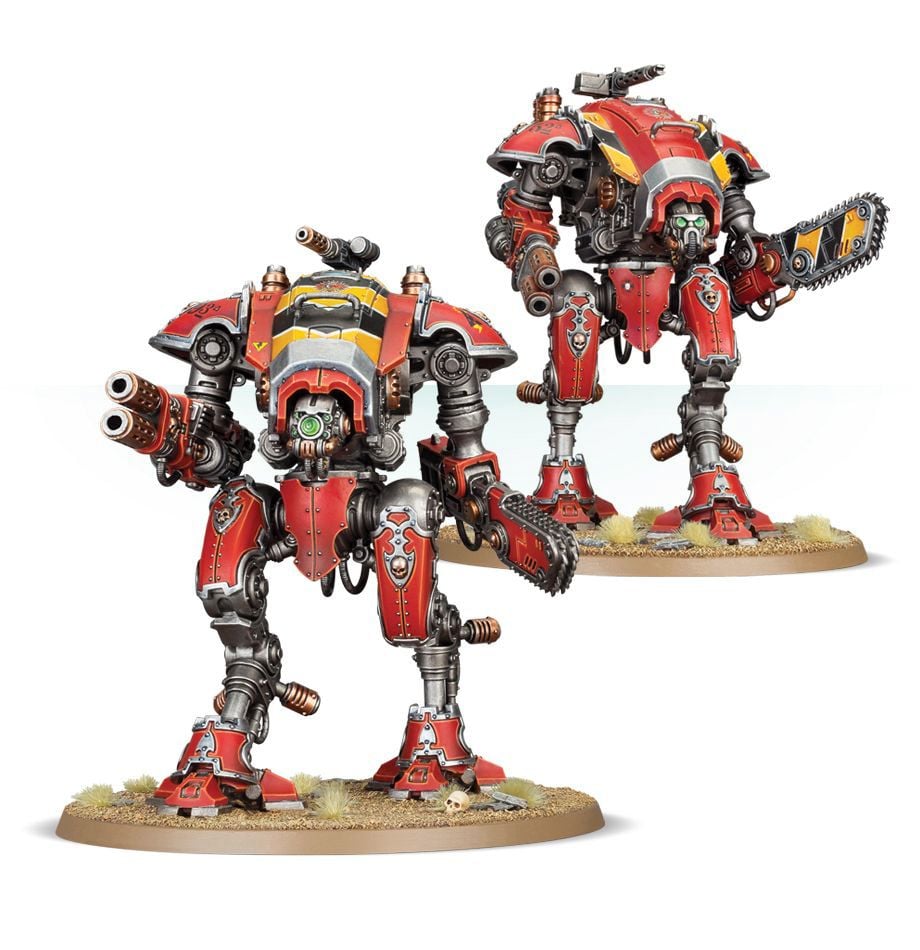 Thankfully in the Chaos Knights FAQ the Tyrant got a point fix to match up Imperial version.  This has me thinking that it might be time to make one again due to the other FAQ changing Chaos Knights – Endless Torment is usable per weapon – not per Knight.  Thus we have an interesting set of updates and when mixed with going one big and a ton of Small knights – you start to have an army that can move around the table and score objectives as needed.  With that in mind – let’s get this put together. 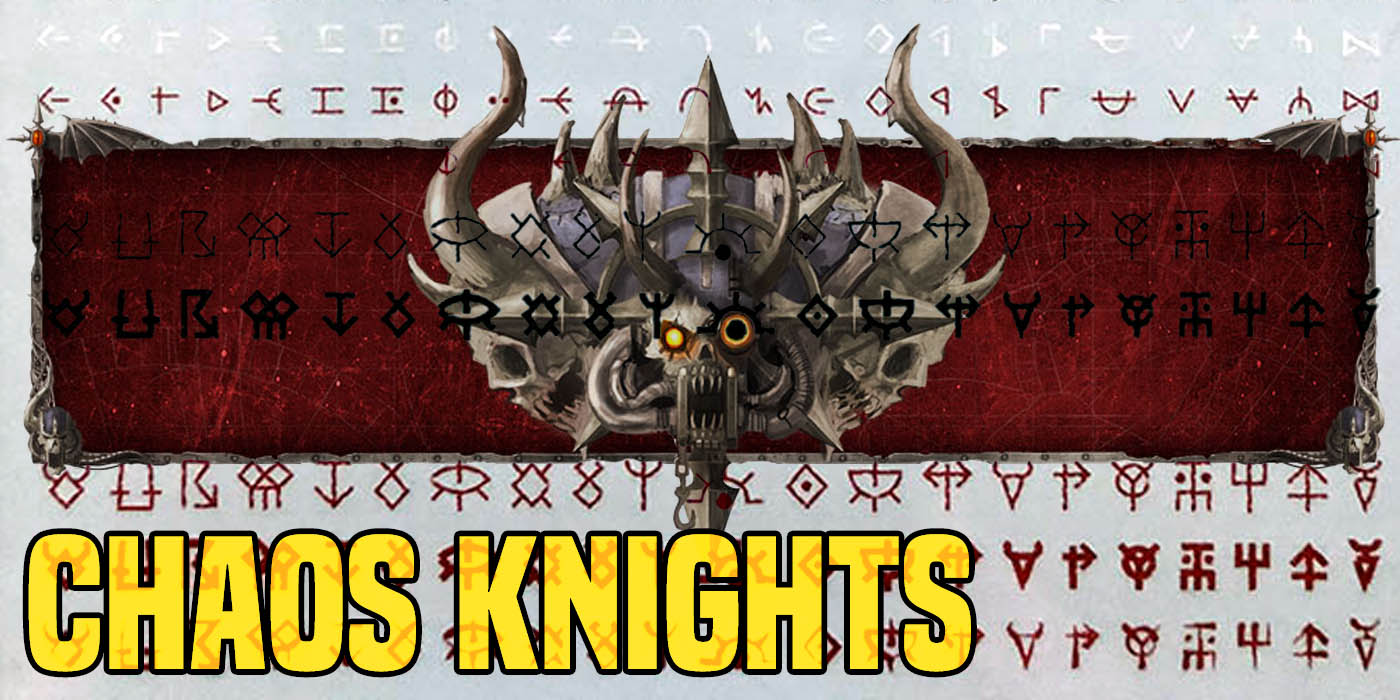 This army is simple – you have 3 Close Combat units for War Dogs to bully and push up, you have 2 to sit back and shoot long range, and then you have 3 to play middle and around your big boy.  The big one is meant to just throw as much damage at what can hurt it – and then assault if needed with an Extra attack to do its Tiny Feet on.  You got enough CP to always reroll hits on the big guy and make sure you got some  other rerolls as needed.  Its also pretty simple to go around and cause some mischief as needed.  It is tempted to throw a Vow on the big guy as we have the CP to do it – so testing is needed to see if it is worth it or not.  Plus this army looks cool and seems small enough to play around with and be a bad ass as Johnny says on Cobra Kai.

~Do you thinks lots of Armigers/Wardogs can make Knights work? 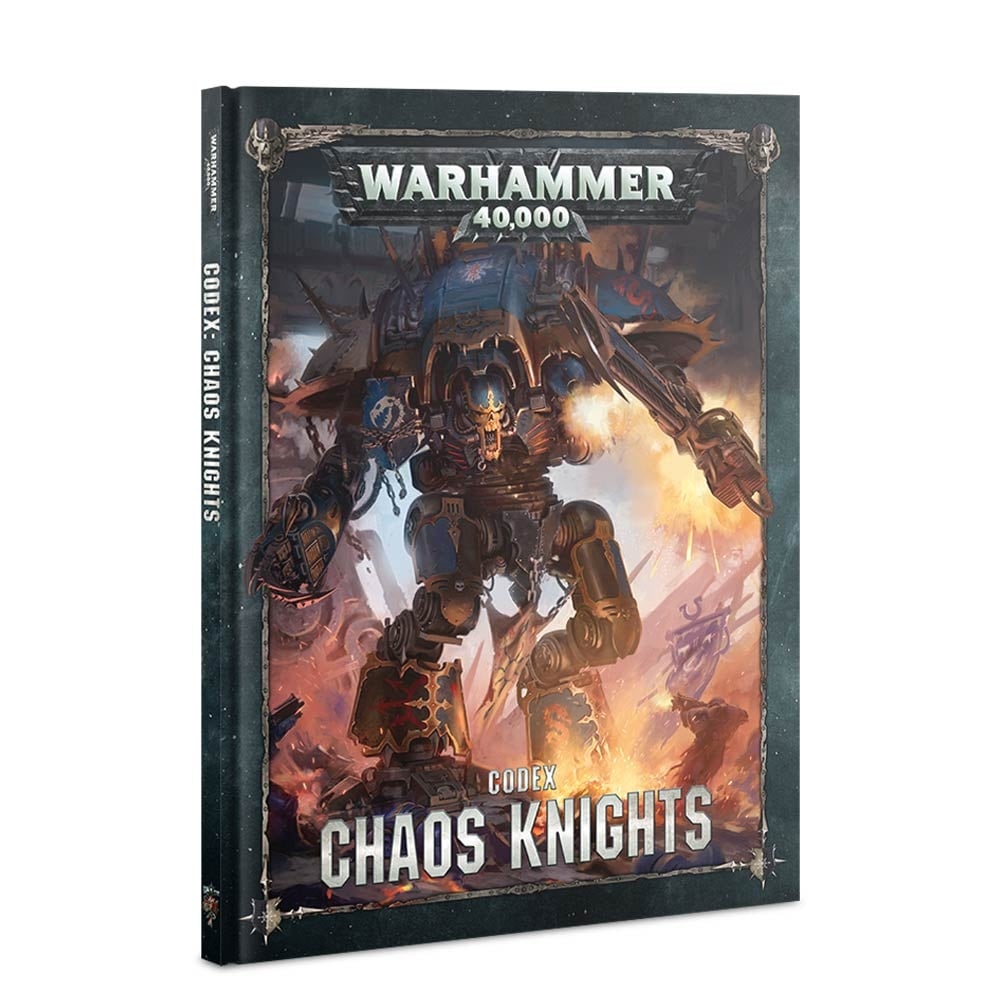 Author: Thomas / Goatboy
Thomas Reidy, aka Goatboy, the ever-evil member of BoLS. I do arts, play 40k, and even paint a lot of stuff. I have been playing Warhammer 40K since the 1990s, and have won multiple national events including Adepticon and GW GTs. I've been writing for BoLS for 15 years. Look at my Instagram to see what I am working on - or working on for someone. I am always doing something hobby related.
Advertisement
Armylists Chaos Knights Tactics Warhammer 40k Warhammer 40K 9th Edition
Advertisement 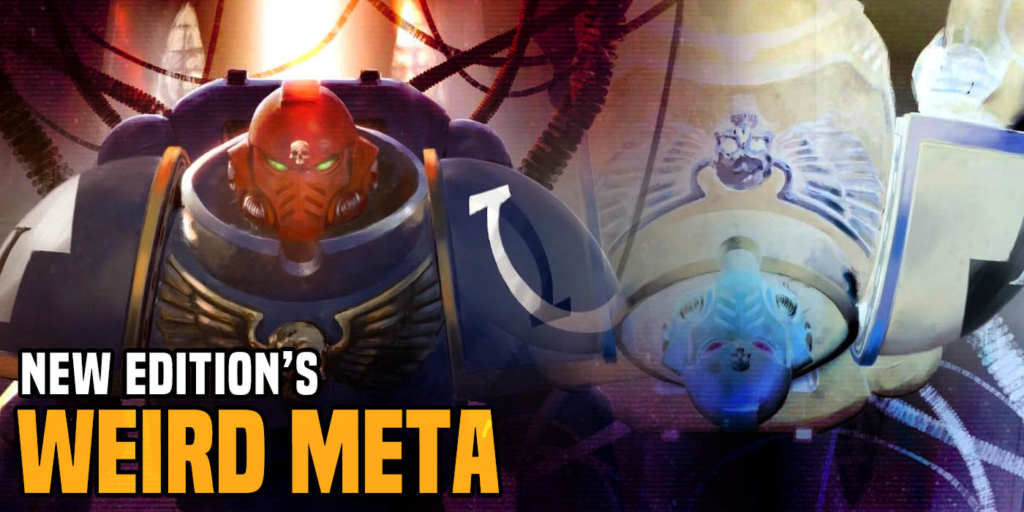