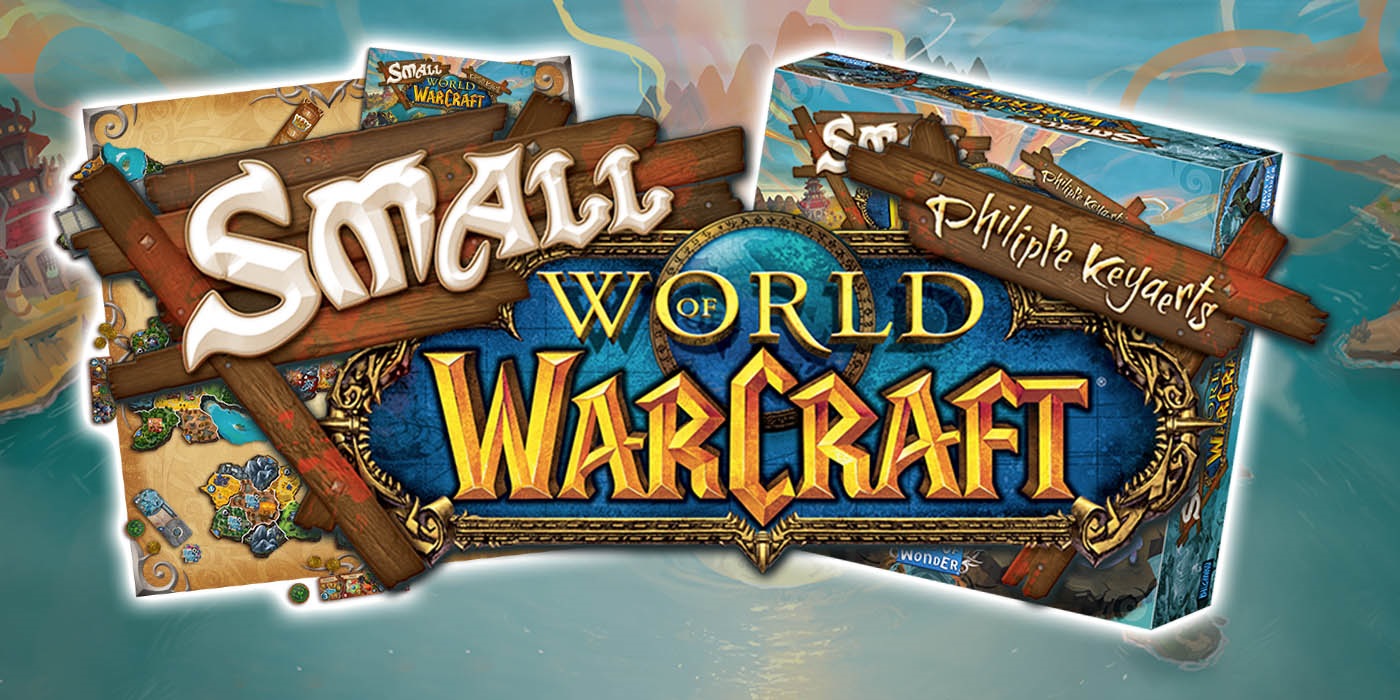 Get ready to duke it out with your friends in a game about rising and falling empires, factions, and armies – it’s Small World of Warcraft!

Now for some folks, they probably read that sentence and got excited. For others, they might be scratching their heads as they may have heard of “World of Warcraft” or “Small World” but not the other. So what the heck is going on? It’s pretty simple. Days of Wonder (publishers of the hit board game Small World) teamed up with Blizzard Entertainment (of  The Lost Vikings and Blackthorne Fame) to mash them both together to create Small World of Warcraft! 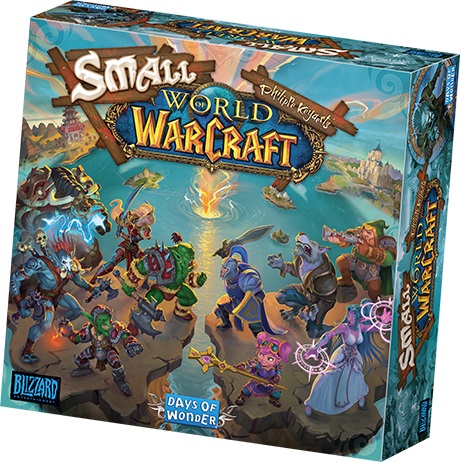 Now, we’re not here to do a ‘How To Play’ Article. If you’re interested in that, watch the Developer video above and read the rules online – it’s honestly not that hard to pick-up and learn. But for the purposes of this review, we do need to talk a little bit about the game basics. 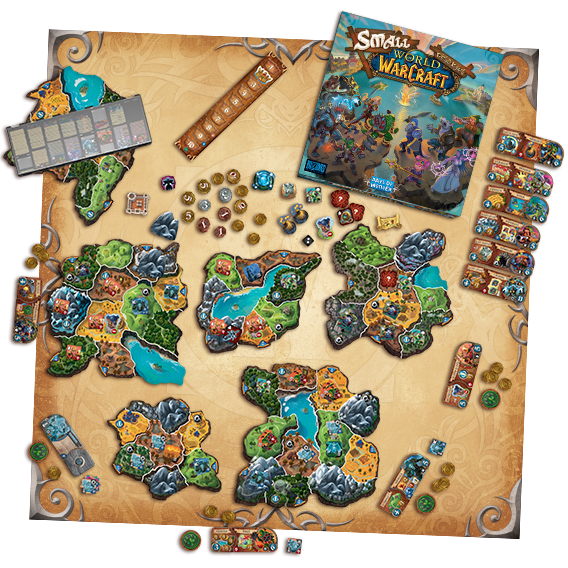 Basically, the game is designed for between 2-5 players to compete to score the most victory points at the end of the game. You do this by taking territory on various game boards and scoring VPs based on the different conditions. There are some standard VP generation conditions (like taking Territory) and different points generating conditions based on your race and special powers.

If you’ve played Small World – it’s basically the same game with a World of Warcraft reskin and some more modifications. If you haven’t played Small World, it’s kind of like risk only you don’t roll dice (well you can roll a single die for your last invasion…but that’s not important right now) and you just have to (basically) outnumber units to take a zone. It’s slightly more complex than that – but read the rules if you really want to get into the nitty gritty. 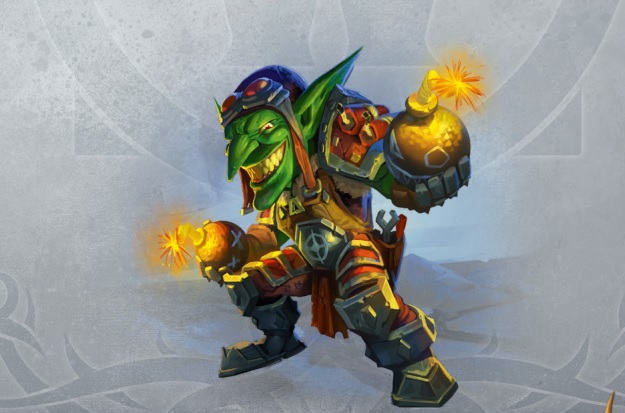 There is also a neat mechanic where players have to choose their faction based on the races available from a pool and they each get a random special ability. This makes the game inherently replayable due to the different combinations you could get. These different combos greatly impact how you play those races and how you score. You can also “Enter into Decline” with a race to swap over to a new one. In fact, you’ll want to do this so you can conquer  territory and score more points.

And if you’re a fan of the Conflict between the Horde and Alliance, you’ll be happy to know that you can score bonus points by attacking your rival faction, too. 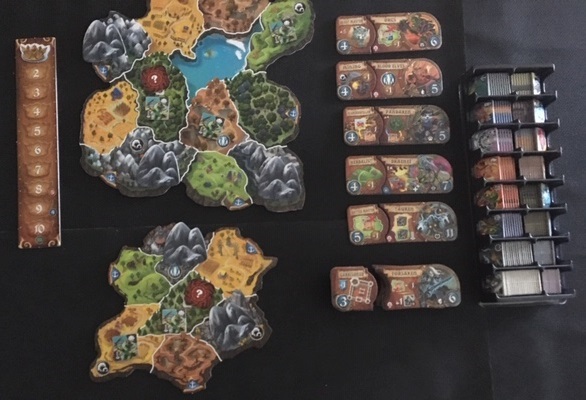 Small World of Warcraft also has a different turn limit based on the number of players – you actually get more turns based with fewer players. Again, this is probably sounding way more complicated than it is. Seriously. After you first setup and first round, you’ll pick-up the game really quickly.

Let’s pretend you’ve never heard of either Small World or World of Warcraft and are more interested in the quality of the product. Well, then this board game should please you! Everything is made from sturdy cardboard and the printing details are fantastic. It’s brightly colored in a cartoony way – but not in an overtly childish style. Sure, it’s kid friendly, but it’s got good visuals to match. 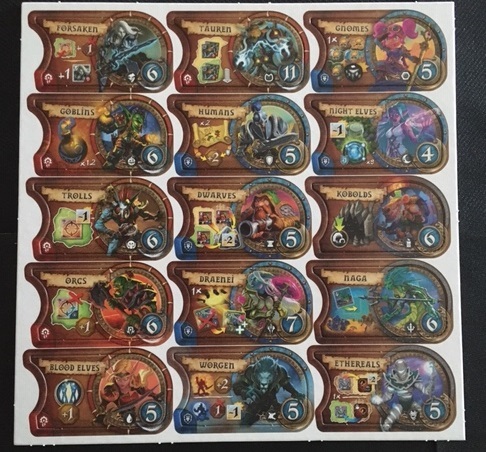 It’s got a TON of WoW factions in the game from the iconic Orcs and Humans to the newer Ethereals and the goofy Kobolds. If you’ve played any Warcraft, you’re bound to recognize these races. 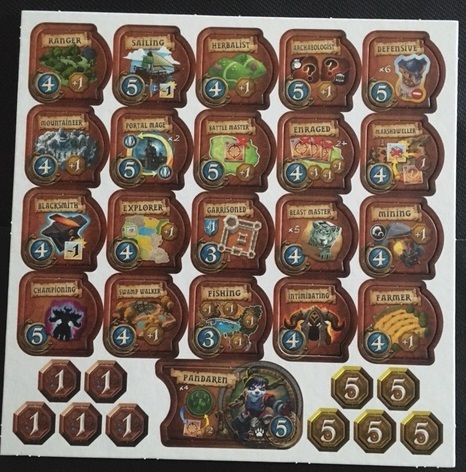 There are 20 Special abilities that also come in the same cardboard punch out sheets. These slot in perfectly with the factions to create the unique combos. 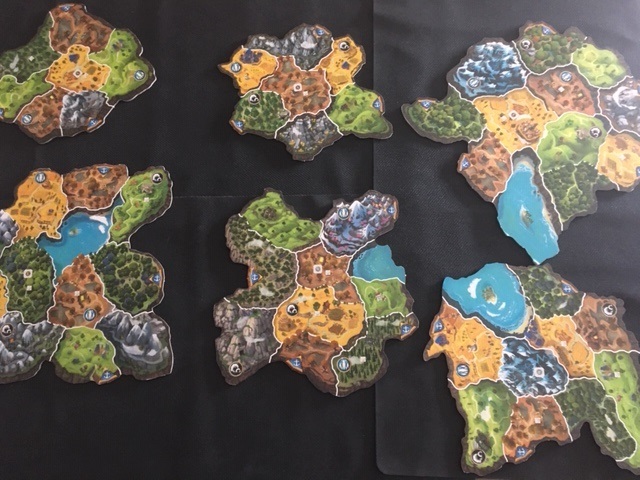 There are also 6 double-sided maps boards, 2 Small, 2 Medium, and 2 large – you’ll use the various island boards based on the number of players. There are also a ton of extra tokens and things to play the game. Like all the different punch outs for your armies: 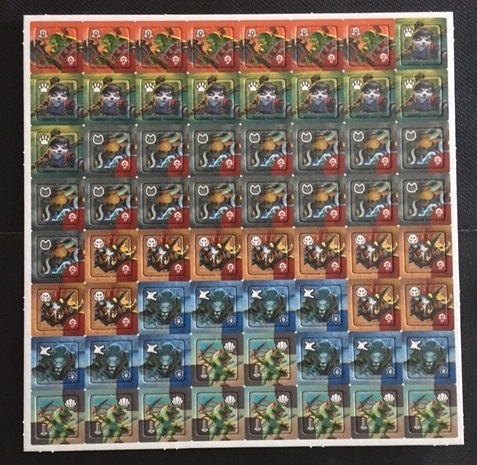 There are a couple of these sheets for all the factions.

Again, it’s all high quality “stuff” to go with the game. Now, at this point, you might be thinking, “Yeah, that is a lot of stuff. How can I keep it all organized.” Don’t worry. They thought of that, too. Inside the box comes a vacuum formed plastic container for everything: 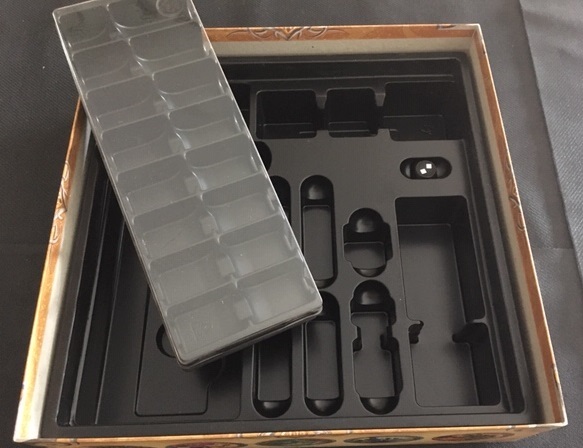 And it makes clean-up and packing everything super easy: 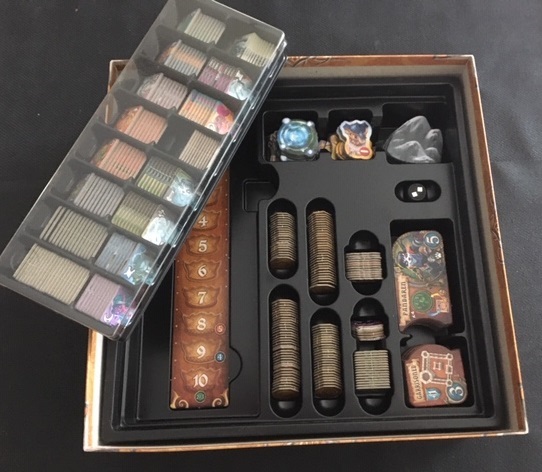 Some folks might recognize that from Small World – but I thought it was a nice touch. It actually makes playing the game a LOT easier once you’ve got everything organized. This game definitely scores an “A” in the component department.

My only complaint about the game is that they nailed the theme so well with the factions, I was a little disappointed the map wasn’t a recreation of Azeroth. Where’s Orgrimmar or Stormwind? Or The Barrens or Stranglethorn Vale? I mean, I do understand that mechanically you probably don’t want one board to be entirely jungle or grasslands – but thematically I think it might have been a missed opportunity. Other than that small gripe, I think this game is great and deserves a spot on your board game shelf!

Small World of Warcraft is out in stores now. You can pick it up directly from Days of Wonder or you can check out your FLGS and snag it from them! It’s out in retail so help out your local board gaming scene.

We rate this one 4 out of 5 Frostmournes! 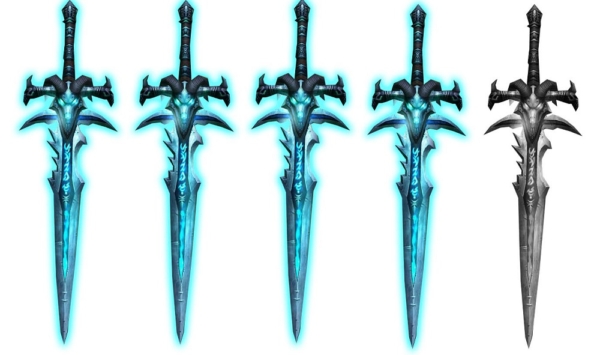 For the Horde / For the Alliance / Fight For the Small World of Warcraft!

Author: Adam Harrison
Writer, Editor, Texas Native, and Austinite for 15+ years, Adam covers all things Tabletop Gaming. Which includes Warhammer 40,000, Age of Sigmar, D&D, Board Games and everything else that involves dice, boards, cards and a table. A hobbyist, player, and collector of miniatures and games, Adam's current obsession are his Death Armies for Age of Sigmar, his Blood Angels and Tyranids for 40k, and his ever growing Arkham Horror: The Card Game Collection.
Advertisement
Board Games Review
Advertisement

Board Games: The Official 'Mulan' Game Is Not A Game Worth Fighting For 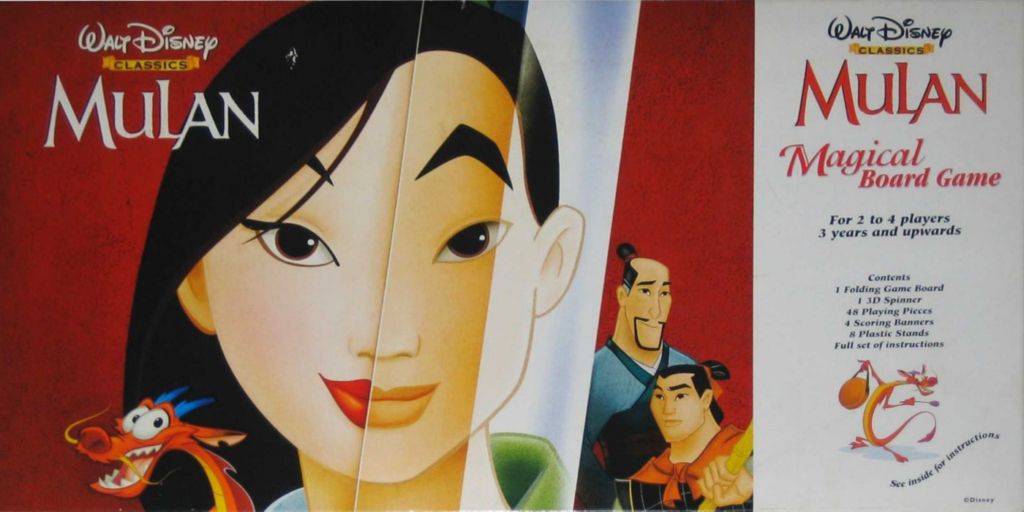