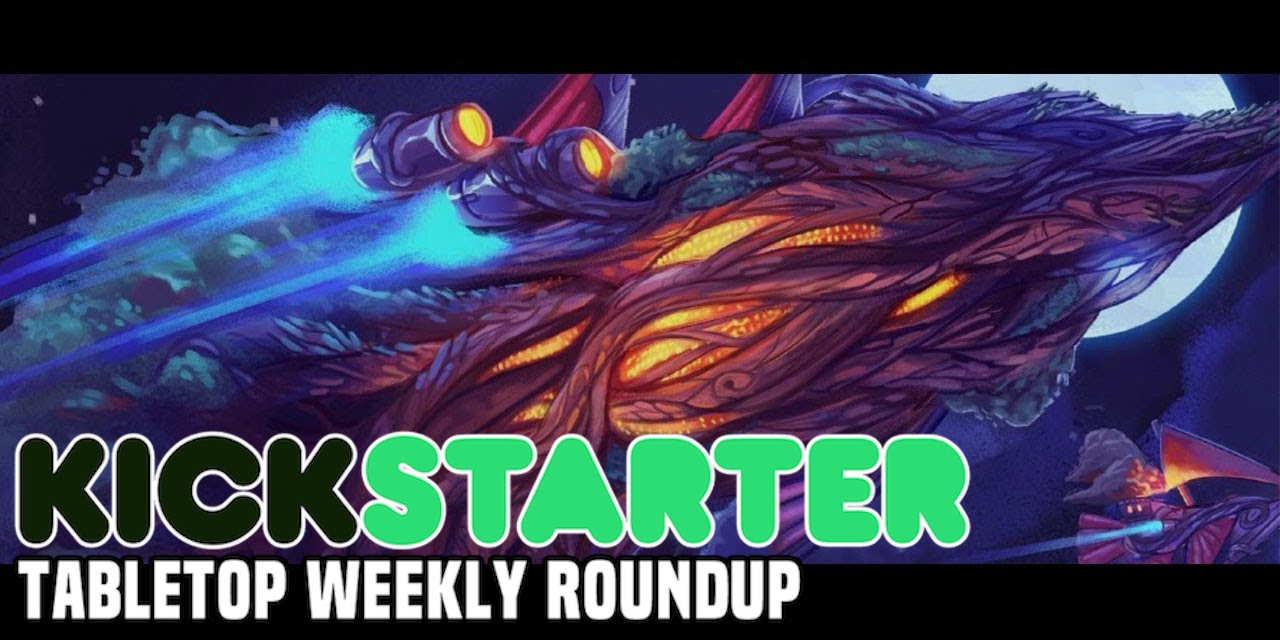 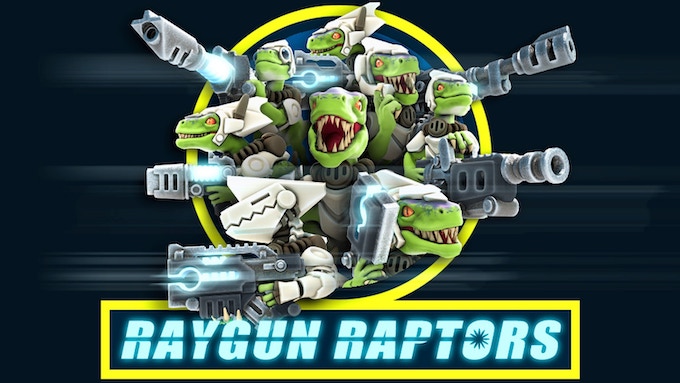 The Raygun Raptors are an original new race that you can introduce to your tabletop games. A force of ruthless shock troopers combining the predatory animal with high technology. Armed with sickle claws and razor-sharp teeth, they are a threat to any opponent. And that’s before you add the guns – exotic energy weapons, laser blasters, or more conventional weapons like machine guns and grenade launchers. Clever girls indeed.

The scientific name for the species is Dromaeosaurid Astroraptor. But are they alien raiders? Genetically engineered super soldiers? Invaders from an alternate timeline, where the dinosaurs never became extinct? Or perhaps escapees from a bio-lab, where doomed scientists were so preoccupied with whether or not they could, they didn’t stop to think if they should. It’s your army – it’s up to you! 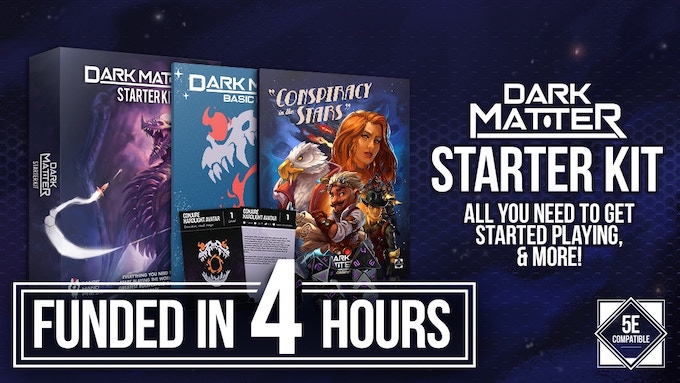 Dark Matter is a rip-roaring futuristic campaign setting set against a mashup of sci-fi and fantasy influences, which lets you play DnD in Space without learning a new system.

Play as bounty hunters, galactic explorers, or daring space marines in a universe inspired by the likes of Star Wars, Hitchhiker’s Guide to the Galaxy, The Expanse, and Doom. You and your crew can pilot breathtaking starships, face down alien horrors, battle evil space wizards, and explore the furthest reaches of the galaxy.

Get the FREE demo for the Dark Matter Starter Kit and start playing today!

The art in the header image is from this book.

Pledges start at $15 for a PDF of the starter kit and $40 for a PDF bundle with the Dark Matter book. 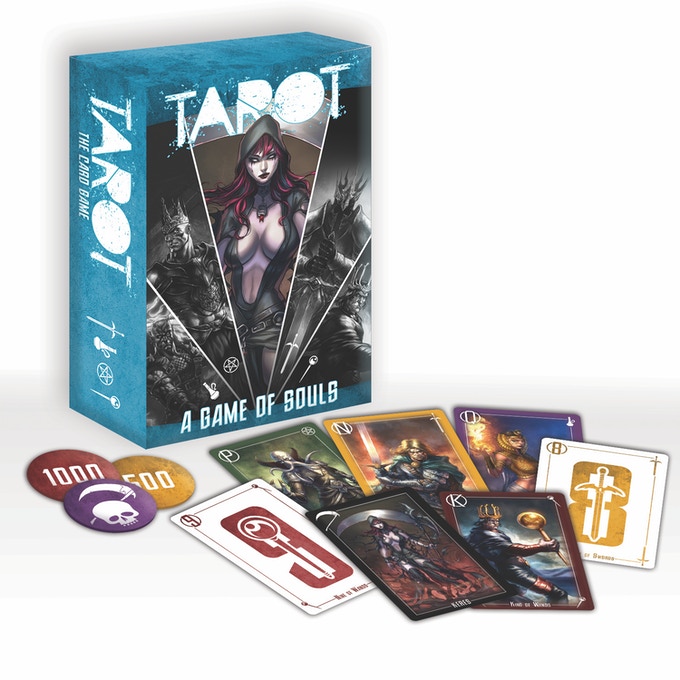 Since the dawn of time, KERES and DEATH have battled each other over the souls of evil mortals. Keres, the Goddess of Death, has promised great power to the Soul Hunter who brings her the most mortal souls. But Death, the Grim Reaper, has his own plans on winning this ages old battle. The penalty for defying him is to join the souls he claims.  Will you succeed in bringing Keres the souls she desires and be elevated to her court? Or will your soul be taken by Death and be doomed to serve his whims for all eternity? The Game of Souls will decide your fate.

Battle your opponents in a game of skill and luck to see who can claim the most souls for KERES, the goddess of Death. This card game is based on Coup d’Etat, first played within the dungeons of France over two centuries ago!

Pledges start at $25 for the game. 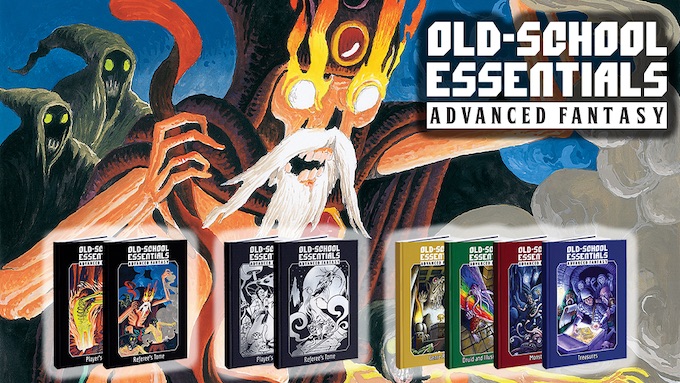 The Old-School Essentials Classic Fantasy game is a faithful retelling of the 1981 Basic/Expert rules, beloved for their simplicity, clarity, and flexibility. But sometimes you want MORE!

Available in Two Formats: Complete Tomes and Modular Supplements. For a preview of Old-School Essentials, check out the free Basic Rules.

Pledges start $15 for the Monsters and Treasures PDF.

Left at the Bottom of the Garden – Minis 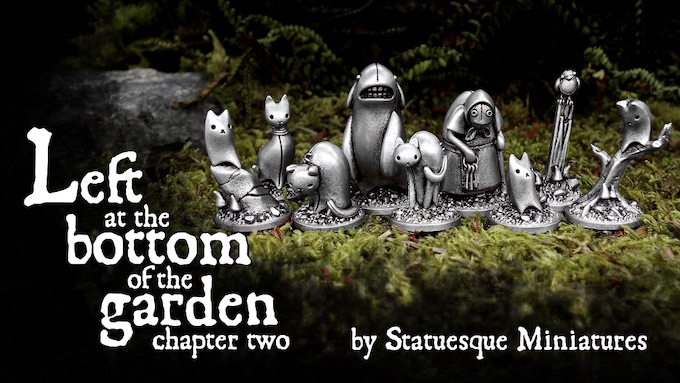 Left at the Bottom of the Garden Chapter Two is a project to fund the production of nine high quality, lead-free metal miniatures, each depicting a lost toy. Following on from my previous Kickstarter, our intrepid lost toys have met a new group of toys deep in the forest: the old woman who lives in the woods, her various cloth cats, a toy robin, and whatever it is she keeps in the woodshed.

Measuring approximately 13mm to 31mm tall, the Left at the Bottom of the Garden Chapter Two miniatures represent the household of the old woman who lives in the woods – mostly cloth cats. I sculpted the miniatures with tabletop gaming, painting, and collecting in mind. In particular, I wanted them to be nice little objects in themselves, needing no glue, no assembly beyond normal casting clean-up, and no plastic bases. They have bold, chunky details meaning they can be easily painted or finished however you wish.

Pledges start at $30 for this chapter and you can get both chapters for $57. 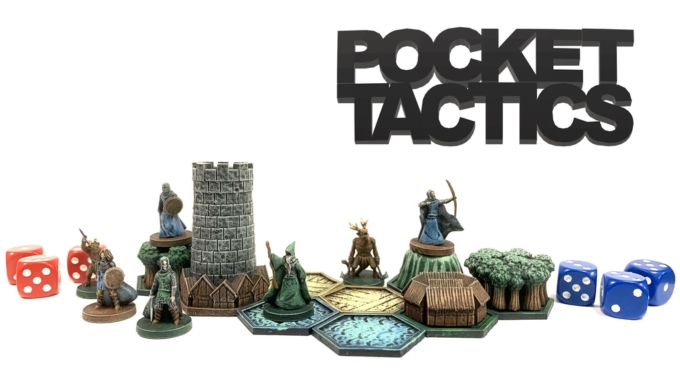 Pocket-Tactics is a fast-paced, modular strategy board game in which fantasy forces battle for control of a randomly generated hex map. The core set features two factions: the Legion of the High King and the Tribes of the Dark Forest and is a streamlined remake of the original set we first released over eight years ago.

If you have a 3d printer there will be a whole lot for you to print! In addition to the core game, we’ll be adding tons of new pieces and expanded game modes to the stretch goals as we go.

If you don’t have a 3d printer, we’ve included a starting tier that will get you a traditional print-and-play set that can be printed on paper or cardstock! This printable PDF will include everything from the core set, beautifully rendered by Cam Croft, and will be included with every pledge level.

Pledges start at $5 for a traditional PnP and $10 for an STL PnP.