RPG Accessories: Make Your Dice Think About What They’ve Done In Dice Jail 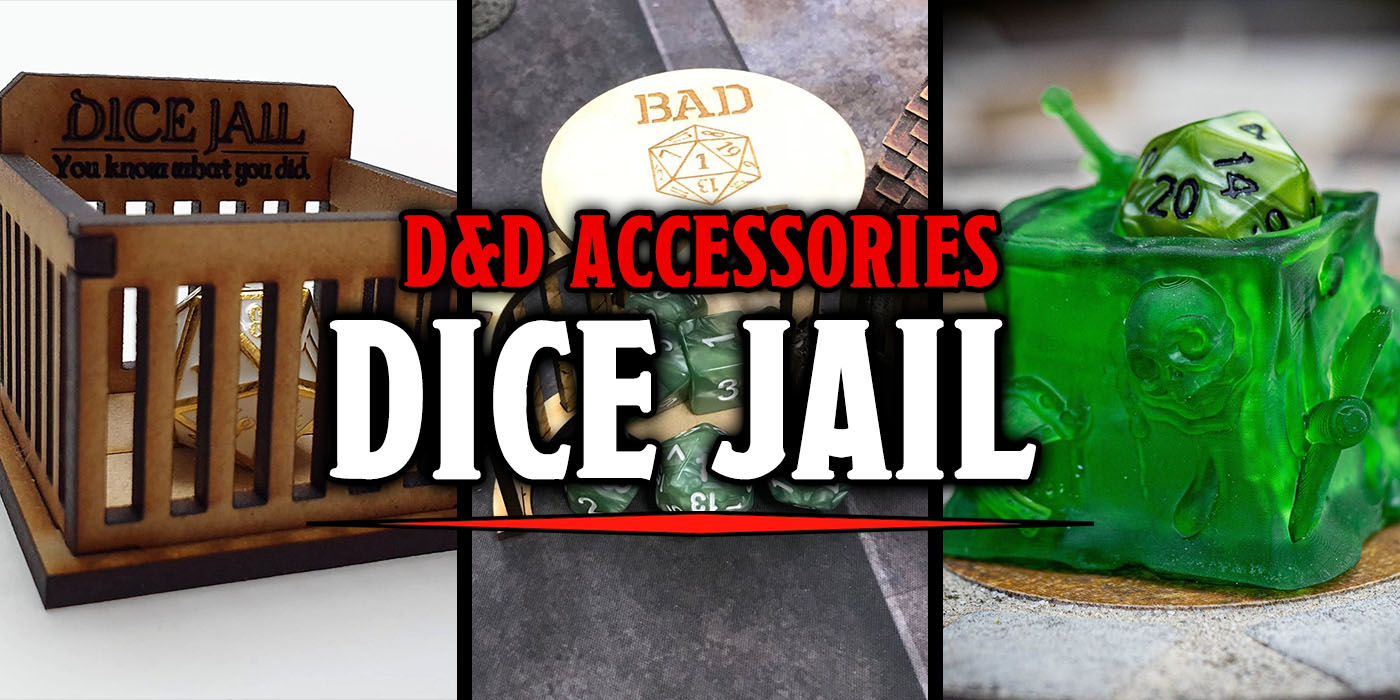 Have you rolled your third failure in a row? Was there was a critical failure in there? It’s time to put that die in dice jail so it can rethink its choices.

Look, sometimes dice know exactly what they’ve done. Whether it’s rolling a four, again, when even a five plus would do it. Rolling a one when you need to make that save, or to hit that final boss, but now the whole campaign is crumbling. And while dice don’t necessarily feel pain, science has proven that they do feel shame, which is where these accessories come in handy. 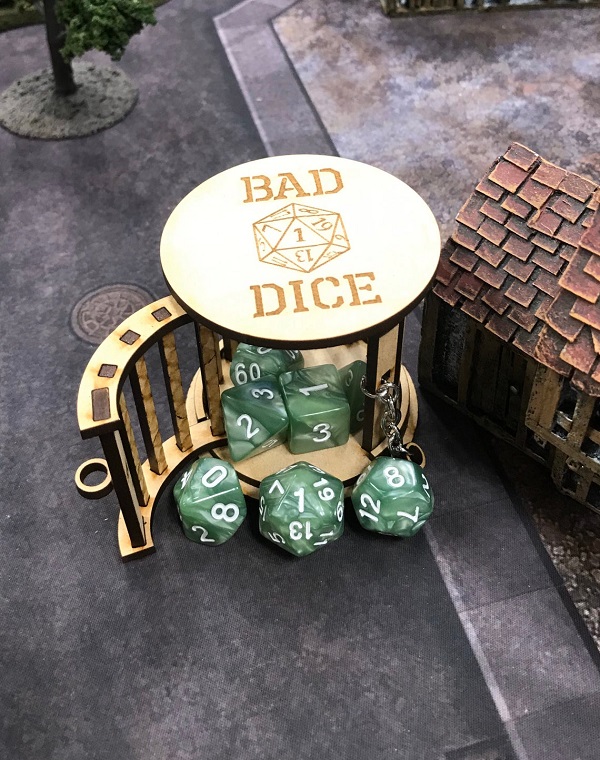 Some nights you have one of those sessions where all of your dice are acting up, the entire set of them. Who hasn’t had that night? When it’s time to throw all seven of those bad boys into the clink this wooden dice jail will keep them put until they’ve learned their lesson. You can also chose from seven really pretty sets of dice to get along with the dice jail, and hopefully all of those sets come already scared straight. 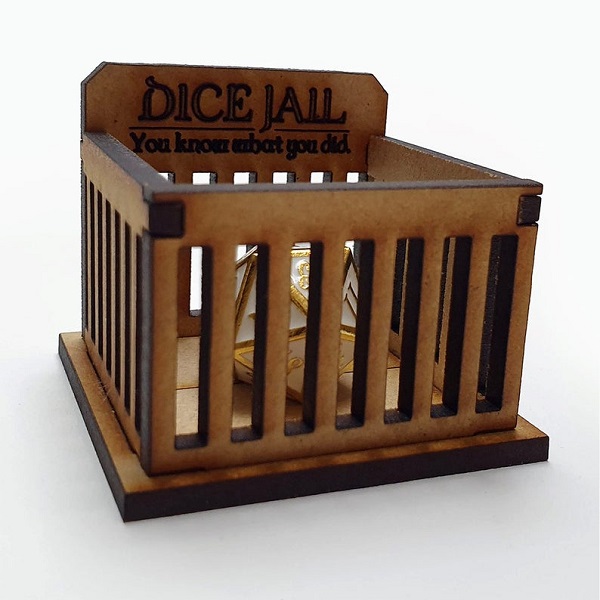 Dice Jail, you know what you did. This one is a really fun take on the idea of a dice “jail” by not shaping it like a real jail for adults but as a baby jail. This dice crib puts your poorly rolling dice and makes them sit alone in the crib of shame so they can think about what they’ve done before they’re allowed to play with their friends again. 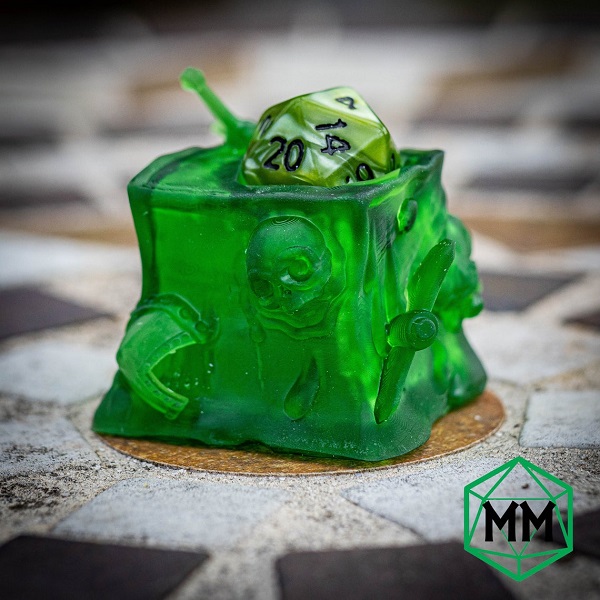 It can only hold one die at a time, but this may be the most hilarious and unique dice punishment container I have ever seen. Is your D20 causing you to get eaten by monsters? Well maybe you should feed it to a monster of its own and show it how that feels! The design is fun and thoughtful, including all of the little adventurer skulls and weapons that you’d expect a gelatinous cube to have picked up along the way with a little divot for your die to fit in and look like it too is being consumed by the doom cube. 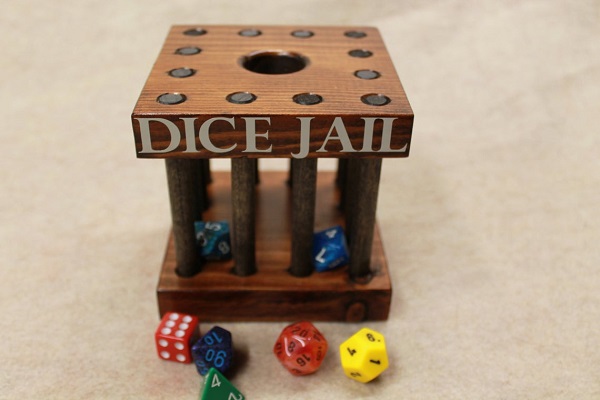 Another simple and classic design, I personally appreciate the coin-bank esque hole in the top for easy temporary disposing of problem dice. The shiny finish and felt pads to keep from scratching tabletops give this dice jail the little extra mindful touches that make it functional and fabulous at the table. 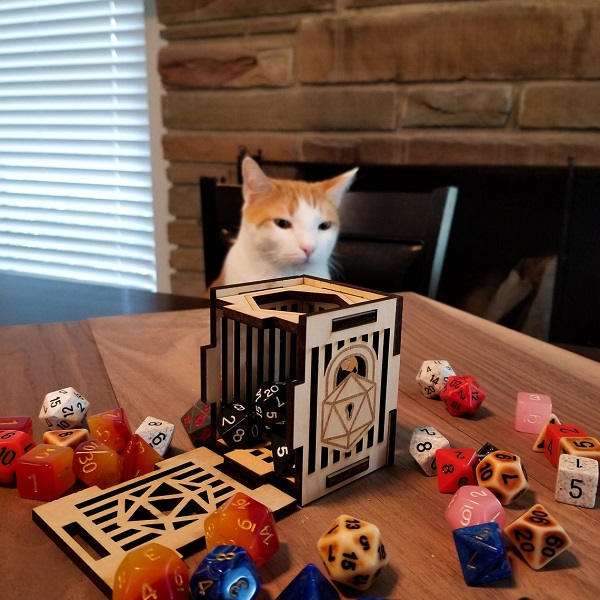 A long time follower of my accessories post knows that I really value convenience in accessories and accessories that can come apart flat for easy transport to and from D&D sessions. This laser cut dice jail will be easy to build as soon as you get to D&D, keep all of your poorly behaved dice in one place where they can’t do any more damage, and then fold up flat again when it’s time to put everything back in your bag and head home.

Do you use a dice jail or do your do you let your bad dice roam free? Have any of these options piqued your interest, or is there another box for bad dice that you swear by? Let us know in the comments.

D&D Adventure Hooks: So A Devil Walks Into A Temple... 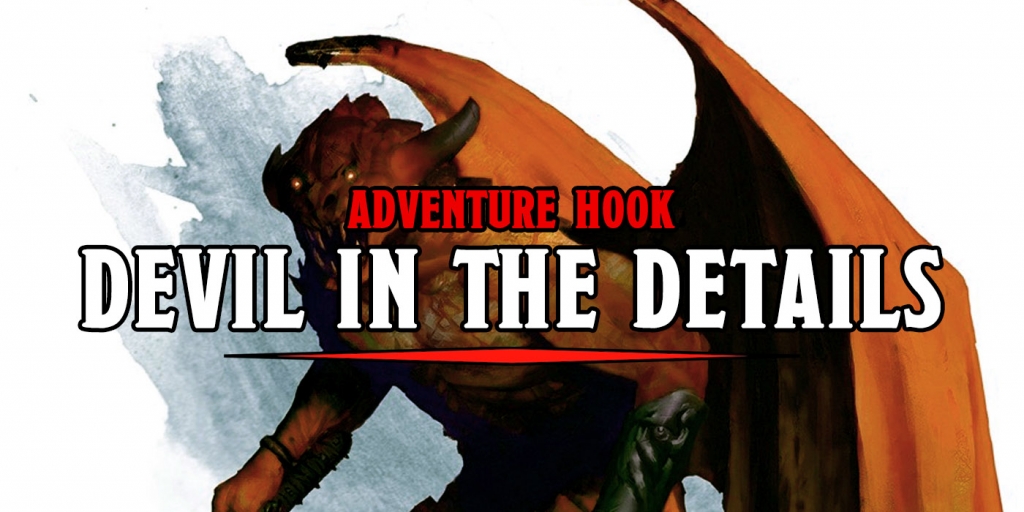