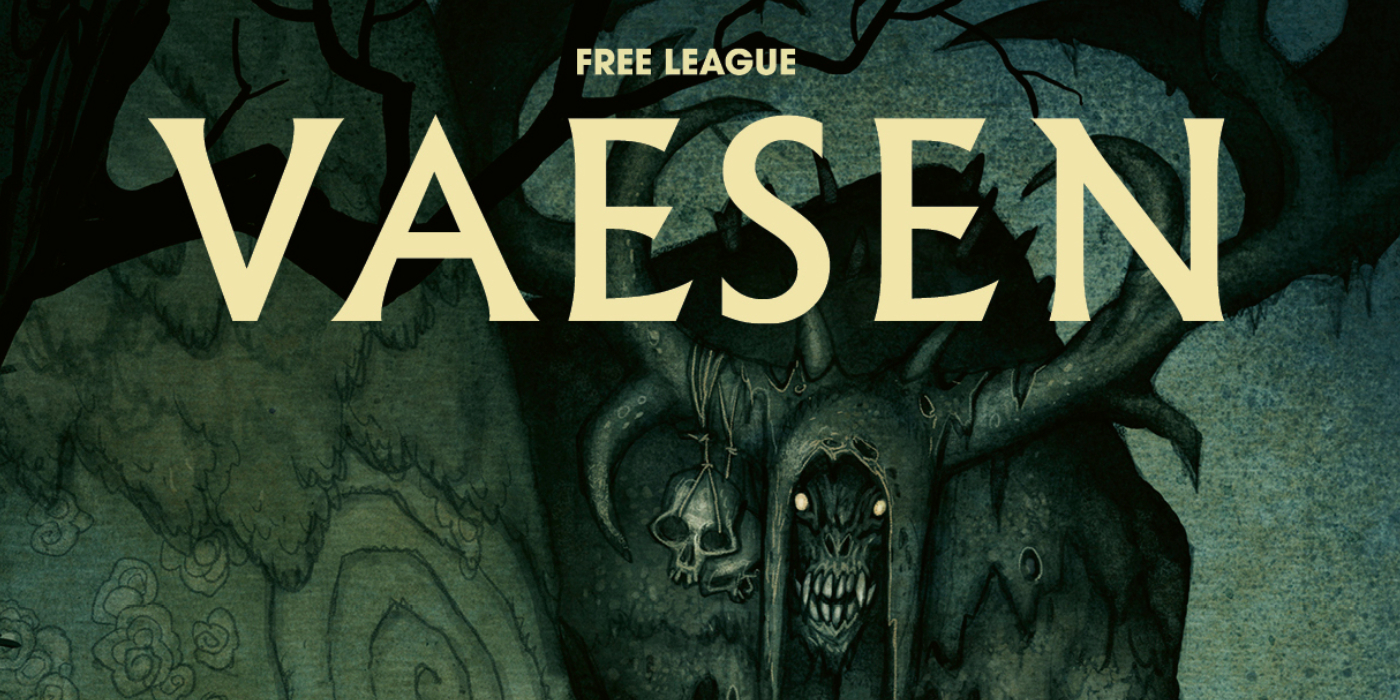 Step into a world steeped in Scandinavian myths and Nordic Folklore mixed with a dash of blood curdling horror in Vaesen, a new RPG from Fria Ligan.

Horror is such a fascinating genre–it’s hard to do well, but when done right it sinks into your bones and lets you experience the thrill of being truly afraid (or ill at ease) without having to actually go through something horrific. Throw in the elements of a roleplaying game into the mix and you’ve got a recipe for an experience that can be chilling, or that can end up with you covered in an unreasonable amount of dynamite as you drive a double-decker bus into the open mouth of an eldritch horror, shouting at it to get off of your lawn. 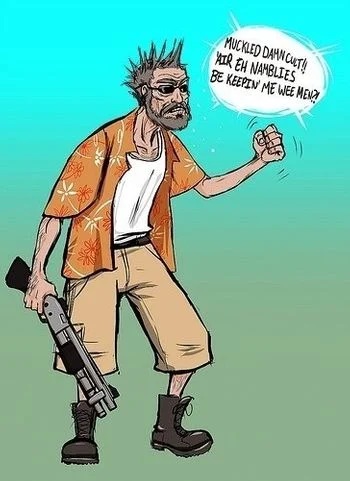 And while RPG urban legends like Old Man Henderson, the only investigator to “win” Call of Cthulhu, are fun reads on a quarantined afternoon–they’re not exactly the typical horror experience most people are looking for when they watch a scary movie. You don’t watch something like Paranormal Activity or The Exorcist or Ernest: Scared Stupid to feel triumphant. You want that u n s e t t l e d feeling that comes from crossing just out of your comfort zone.

Which can be hard to deliver when so often RPGs are tuned to deliver power fantasies to people (not that that’s a bad thing). With Vaesen you get a touch more of the dread chill that people look for in their horror games. Vaesen is a world of mythic horror, but it’s drawn from real world myths and set in the northern Europe of the 19th Century. Here monsters lurk in the dark reaches of the forest, unseen by most–but not by you. 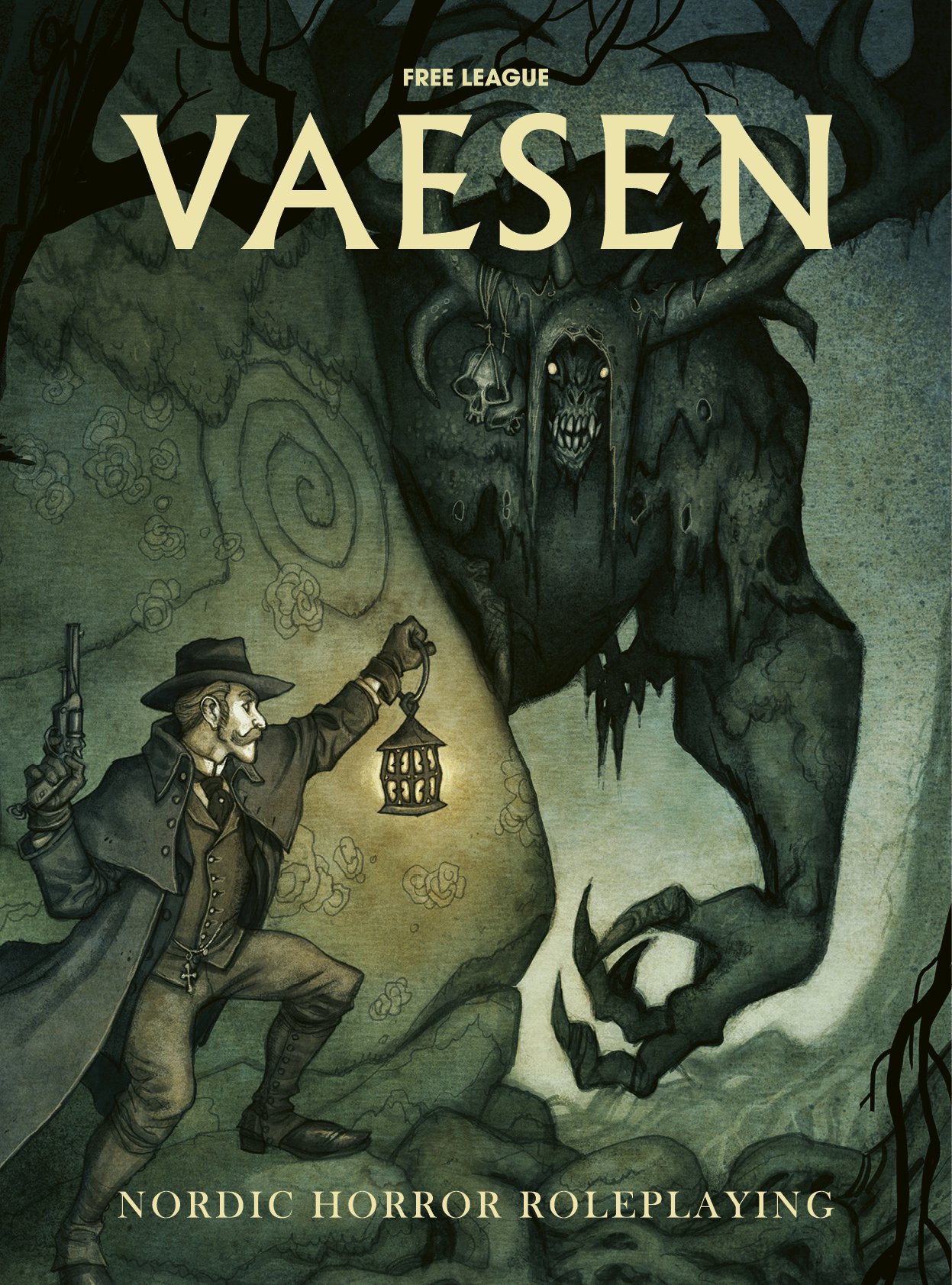 In dark forests, beyond the mountains, by black lakes in hidden groves. At your doorstep. In the shadows, something stirs. Strange beings. Twisted creatures, lurking at the edge of vision. Watching. Waiting. Unseen by most, but not by you. You see them for what they really are. 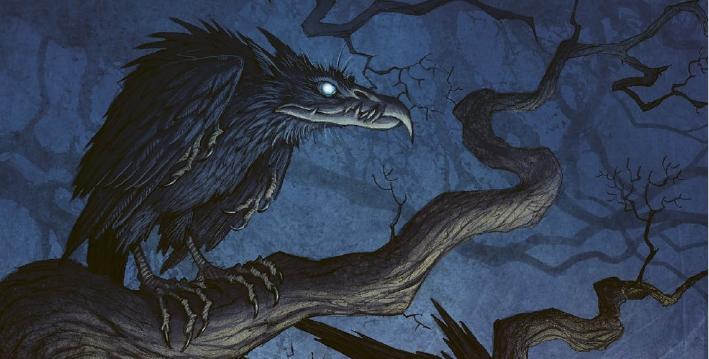 Welcome to the Mythic North – northern Europe of the nineteenth century, but not as we know it today. A land where the myths are real. A cold reach covered by vast forests, its few cities lonely beacons of industry and enlightenment – a new civilization dawning. But in the countryside, the old ways still hold sway. There, people know what lurks in the dark.
They know to fear it. 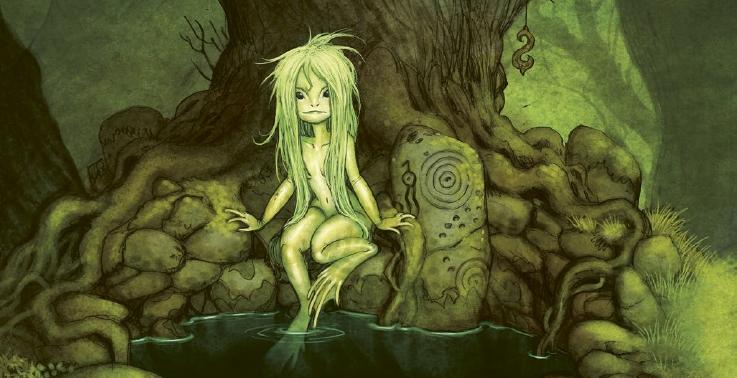 Vaesen – Nordic Horror Roleplaying is written by Nils Hintze and based on the work of Swedish illustrator and author Johan Egerkrans, Vaesen presents a dark Gothic setting steeped in Nordic folklore and old myths of Scandinavia. The game mechanics use an adapted version of the award-winning Year Zero Engine. 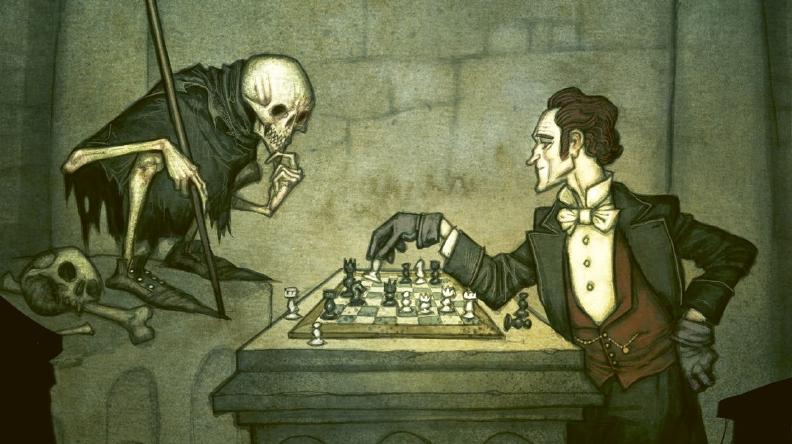 Key features:
• Nine ready to use archetypes lets you create a character in minutes – or use the included life path tables and let the dice decide.
• Quick and flavorful rules for combat, investigations and horror.
• Rules for developing the player characters’ mansion in campaign play.
• A detailed gazetteer of the Mythic North setting and the town of Upsala.
• A score of bloodcurdling vaesen to encounter, all beautifully illustrated by Johan Egerkrans.
• An introductory Mystery called The Dance of Dreams.