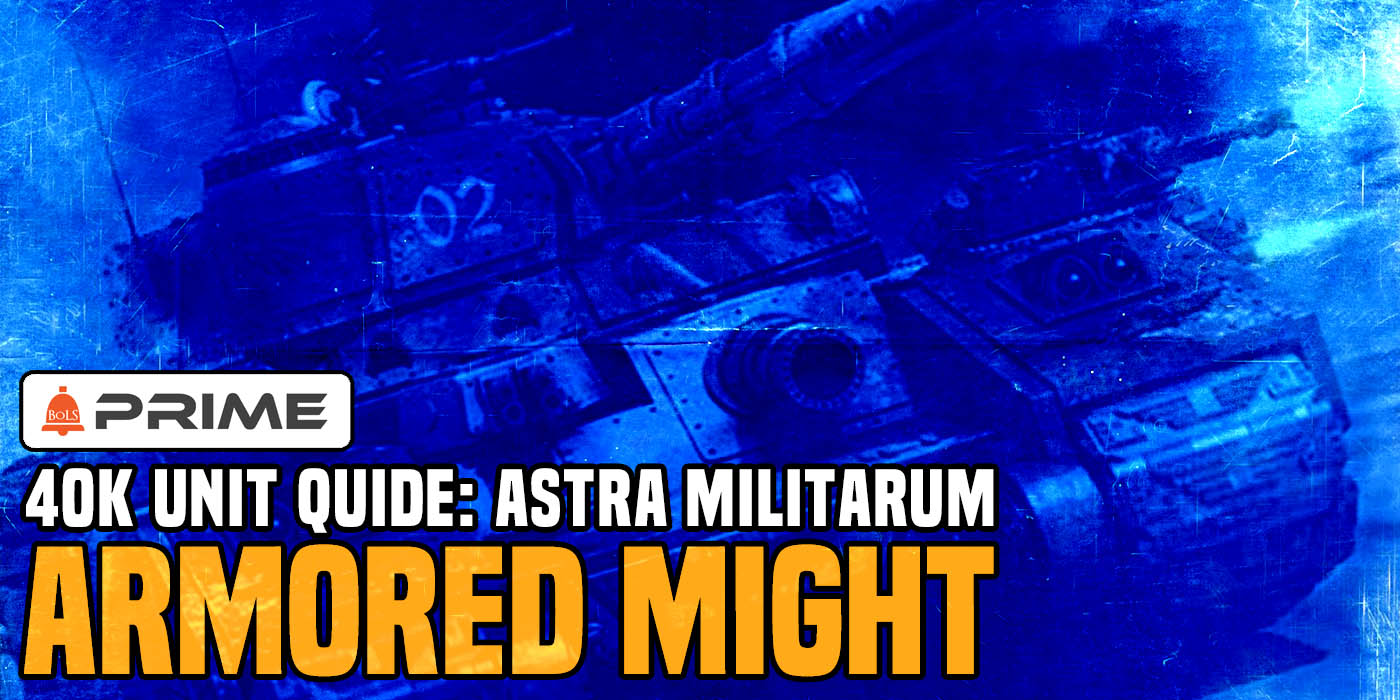 Today let's take a look at more units of the Imperial Guard and how to use them.

That Astra Militarum, or to us old-timers, the Imperial Guard is one of the classic armies of Warhammer 40K. They represent not only one of the largest in-universe fighting forces, but also one of the largest model ranges. Generally speaking, they are an army that requires some skill to play, but that can be very rewarding. The other week we started our deep dive in the units of the Imperial Guard and how best they are used in this new edition. Today lets finish looking at the many units at your disposal.
Hellhounds

Hellhounds are a classic Imperial Guard unit that currently comes in three flavors. You have your OG, flame-spewing Hellhounds, your acid chemical spitting Bane Wolf, which I assume will break you, and the melta toting Devil Dog. In addition to their primary weapon, each gets the choice of either a hull-mounted heavy bolter, heavy flamer, or a multi-melta. They can also take vehicle equipment, which includes either a heavy stubber or storm bolter. You can take up to 3 in a single slot for a maximum of 9 in a 2000 pts game.

The Hellhound and its variants are a pretty solid choice AM armies. They tend to be decently fast and survivable, while not costing a whole ton and make for great units to push forward with. They also fill a fast attack slot that can be of use. Both th...