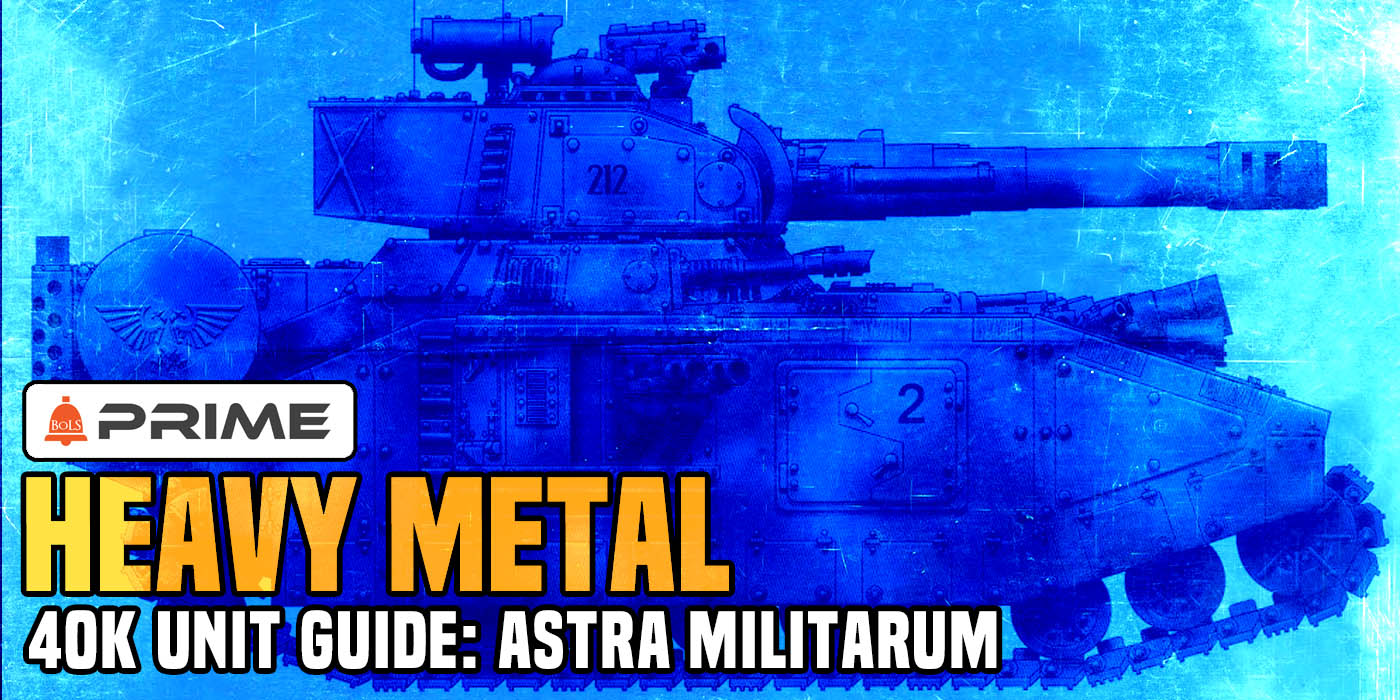 Today let's take a look at the biggest beefiest units of the Imperial Guard and how to use them.

That Astra Militarum, or to us old-timers the Imperial Guard, is one of the classic armies of Warhammer 40K. They represent not only one of the most massive in-universe fighting forces, but also one of the largest model ranges. Generally speaking, they are an army that requires some skill to play, but they can be very rewarding. The other week we started our deep dive in the units of the Imperial Guard and how best they are used in this new edition; we then continued looking at some of the Fast Attack and Heavy Support units. Today lets finish looking at the many units at your disposal.
Dedicated Transports
Chimera
The Chimera is the iconic Imperial Guard transport vehicle. It is a relatively cheap and durable transport option that carries many troops and has decent firepower. It's also a bit outdated. It is armed with a hull-mounted heavy bolter, which can be replaced with a heavy flamer, a turret-mounted multi-laser (which can be swapped with either a heavy bolter or heavy flamer), and two lasgun arrays, which may only be fired is there are models in the transport, and add the equivalent of 6 lasguns to its firepower. It can also take a pintel mounted weapon.

In the past, this firepower (with as many as 21 shots), made the Chimera one of the more heavily armed dedicat...