Warhammer 40K: Black Templars – No Pity, No Remorse, No Fear 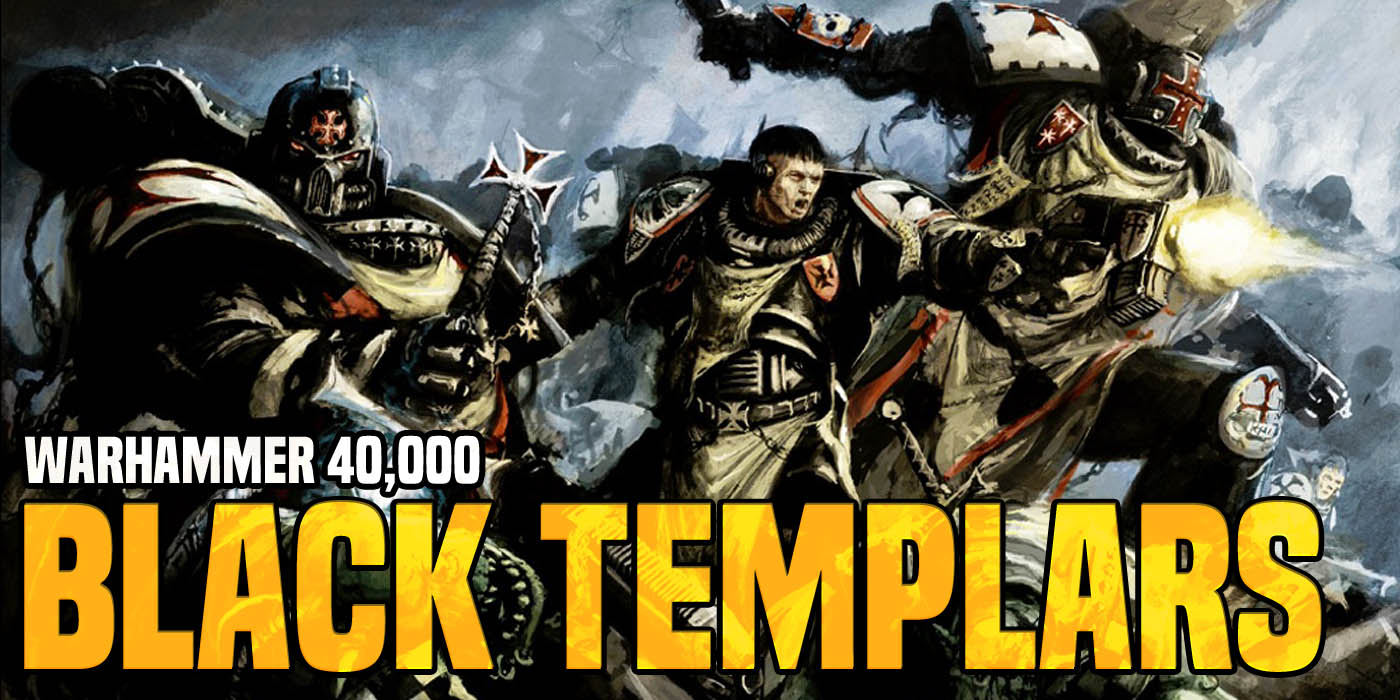 Who are these never ending crusaders scouring the Imperium from end to end in search of heretics? The Black Templars.

During Horus‘s attack on the Imperial Palace, the Imperial Fists‘ primarch, Rogal Dorn chose his First Captain, Sigismund, as the Emperor’s Champion, and he was given the best armour and weapons. Sigismund went forward to challenge the traitorous leaders in single combat, and triumphed over all he met in battle.

A schism between Rogal Dorn and Roboute Guilliman led to the chapter’s creation.

After the Horus Heresy, Roboute Guilliman, the primarch of the Ultramarines, ordered the breakdown of the Space Marine Legions into chapters. Dorn thought Guilliman a coward for not being there during the defence of Terra. Guilliman, in turn, thought Dorn a rebel for refusing to accept the dictates of the new Codex Astartes. Neither would give in. Leman Russ of the Space Wolves and Vulkan of the Salamanders both sided with Dorn, as they did not want their Legions divided, while Corax of the Raven Guard and Jaghatai Khan of the White Scars sided with Guilliman. Again, civil war threatened to split the Imperium.

Sigismund led the more zealous of the Imperial Fists with him to the founding of the Black Templars, and became their first High Marshal. Sigismund swore an oath that upon leaving Terra, that he and his new chapter would prove their loyalty by never resting in his duties against enemies of the Emperor. Sigismund spent much of this time remaining vigilant over the Cadian Gate, insisting that Horus‘ Traitors would one day return to plague the Imperium. Despite the dismissals of many Imperial officials, Sigismund was proven right when Abaddon returned in the First Black Crusade. The Black Templar fleet was waiting, and a massive battle erupted that saw Sigismund slain by Abaddon himself.

Since his death, every High Marshal has renewed Sigismund’s oath of never-ending crusade and as such, the Black Templars’ Crusade has continued for over ten thousand years, and is thus the longest Space Marine Crusade ever begun. Because of this unending crusade, the Black Templars have no permanent homeworld and instead live on their Crusade Fleets, using the planets they conquer to establish Chapter Keeps which are used for recruitment and staging areas.

The Black Templars are not organised like a typical Codex Chapter. Most of the time they are formed in an ad hoc manner into Fighting Companies. Individual Crusader Squads and specialists (such as Techmarines and Apothecaries) will fight side by side out of familiarity and comradeship rather than any imposed organisation. 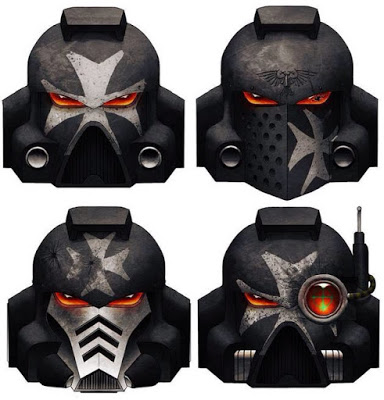 Many Imperial Citizens want to become a Black Templar, so they hone their skills which helps them later to enter the ranks of the Imperial Guard or planetary defence force even if they are not chosen to be Neophytes. Those who declare their intent to join Black Templars are known as Expectanten and have a long and dangerous journey to survive before they can became a simple Neophyte.

They are recruited from a number of worlds across the Imperium, each possessing a Black Templars Chapter keep. In order to be considered for recruitment, an Expectanten must travel to the keep, braving whatever hazards they may face on the way 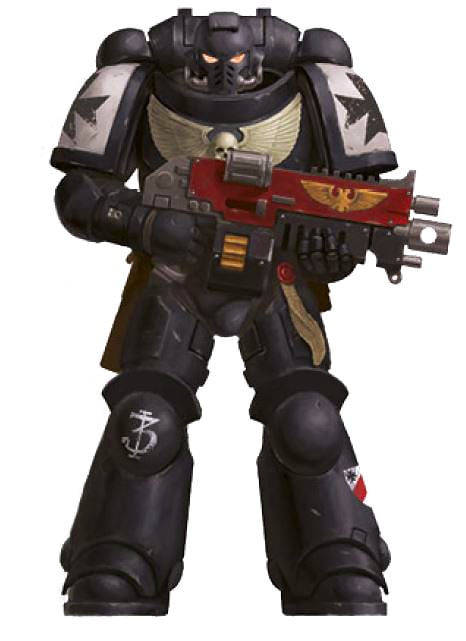 The Black Templars are among one of the rarer Chapter’s that worship the Emperor as a god and follow the Imperial Creed.

By their doctrine, the Black Templars abhor the traitor, the alien and the mutant. The last category includes psykers, with the result that the Black Templars are one of the few Space Marine Chapters that exclude Librarians, seeing them as a potential source of corruption in the midst of battle. However, Black Templars do use psykers in other non-combatant roles, such as Astropaths and Navigators. Black Templars view these beings with special reverence as they see them as able to commune directly with the Emperor.

Black Templars place great emphasis on close combat prowess and honour. As such they can often be seen charging into suicidal situations to avenge fallen comrades. Black Templar Marines also set themselves apart from standard Codex doctrine by including Neophytes into squads of fully initiated Marines to help teach them the ways of battle and the art of combat. 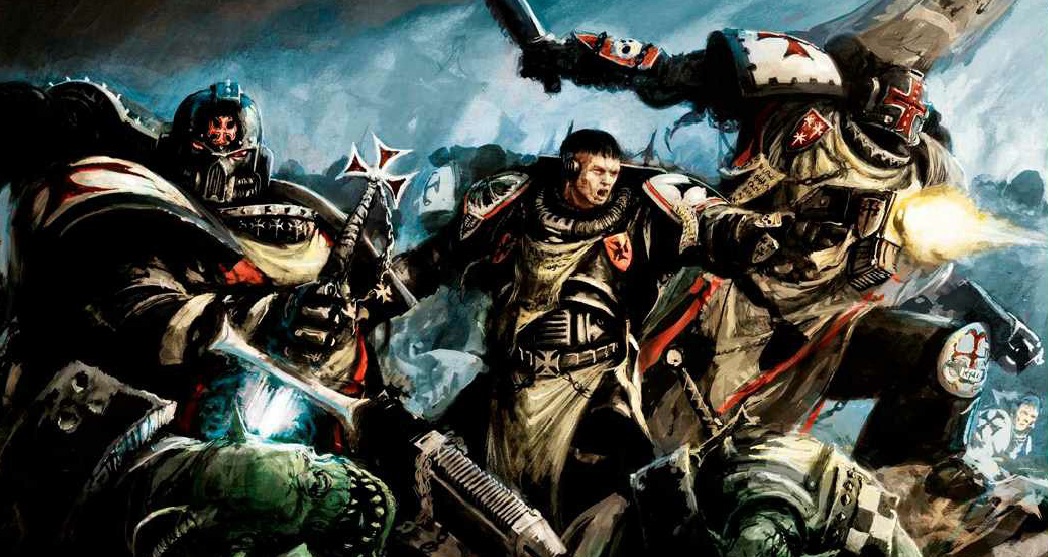 The Black Templars are also notorious for defying Codex Astartes doctrine that states that a chapter may only number 1000 battle brothers. This is partly due to the divided nature of the chapter, being spread out everywhere on separate crusades (usually consisting of several hundred Battle-Brothers) and no one has thus been able to keep track of their exact numbers. However, it has been estimated that there may be several thousand Black Templars Companies spread out around the galaxy – an almost unstoppable force if gathered at one place and cause for the Inquisition to keep a close eye on the Black Templars.

Vows of the Black Templars

Unlike most other chapters, the Black Templars do not have a homeworld. Eschewing the idea of one, they opt to live aboard their crusade fleets. These vary in size and are made up of dozens of Battle Barges, Strike Cruisers and other craft such as training vessels and huge forge ships. Given this fleet-based nature, the Black Templars are rarely assembled as a Chapter, but are instead divided into many Crusades, every Crusade being responsible for its own recruiting as well as training of new Neophytes.

The High Marshal himself has his own personal Battle Barge, the Eternal Crusader, a huge vessel that is the spiritual home of the entire Chapter and contains its most sacred relics, chapels, and reliquaries. It has been expanded and refitted many times and can currently hold twice as many Space Marines as a normal battle barge.

This flexible, mobile nature allows the Templars to continue the first mission of the Black Templars: to actively seek out the enemies of the Emperor and destroy them before moving onwards to find the next foe.

~ No Pity! No Remorse! No Fear! (Chapter battlecry)

Author: Larry Vela
Dad, Gamer, Publisher, Pilot, Texan. All games all the time since junior-high. I started BoLS Interactive in 2006. I’m a lifelong tabletop & RPG gaming enthusiast, and internet publisher working to entertain and inform my readers every day. I've been playing RPGs and Tabletop Games since the 1970s. I'm been playing and covering Warhammer and Warhammer 40K for over 35 years.
Advertisement
Black Templars Lexicanum Lore Warhammer 40k
Advertisement 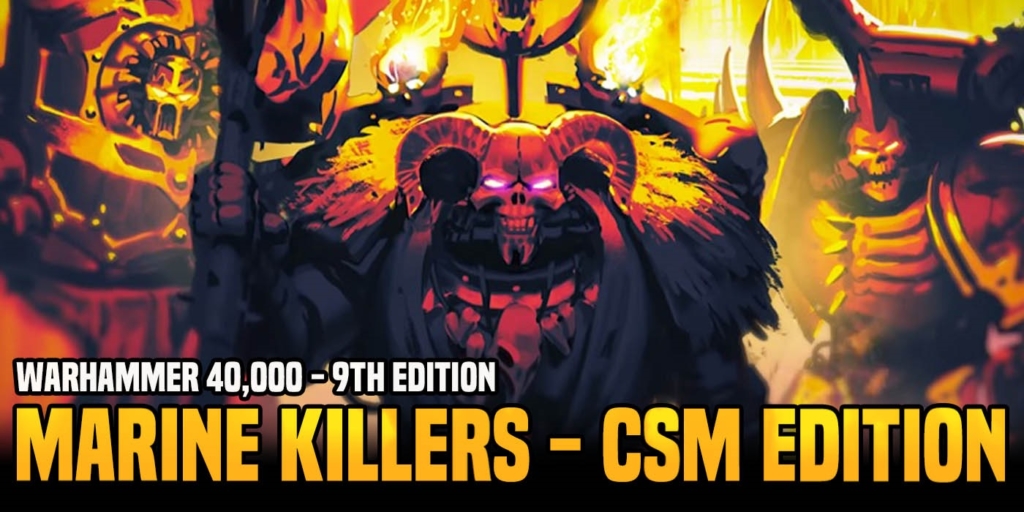