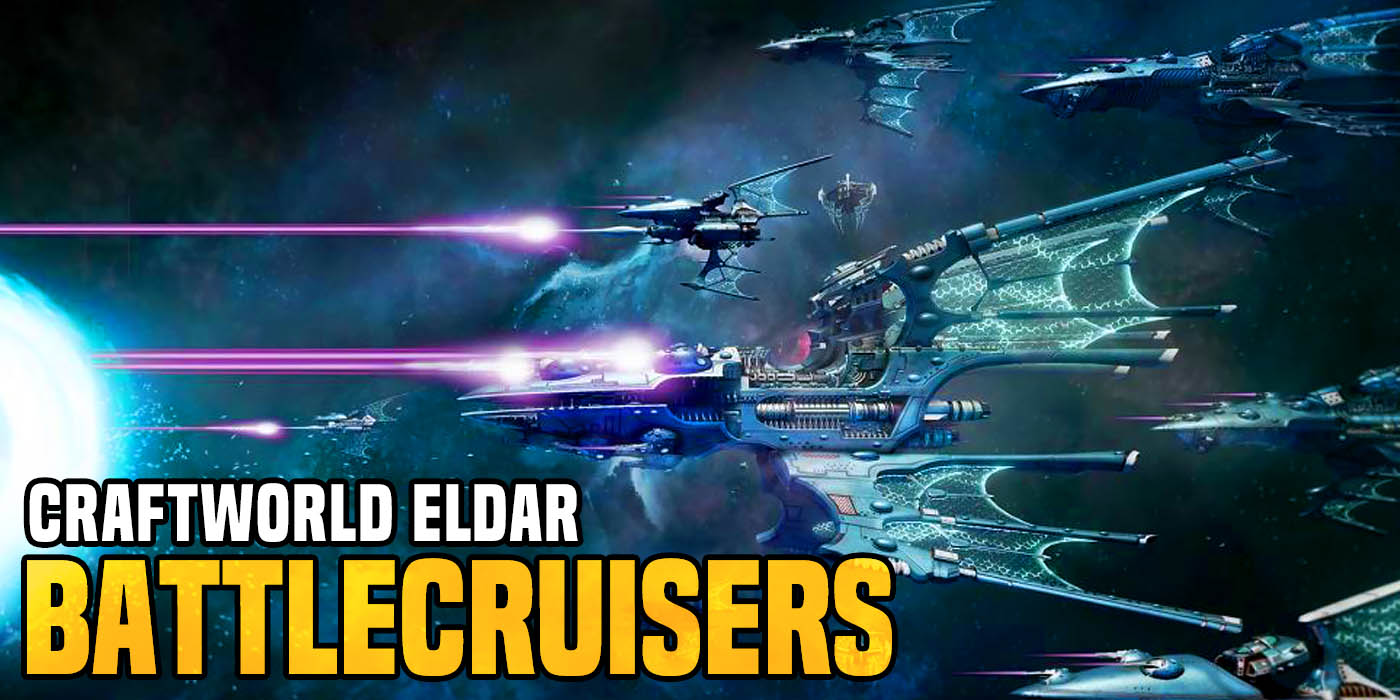 The Eldar Navy is a force of highly advanced craft which are lighter and faster than other ships of their kind but also a lot more delicate, partly relying on solar sails for propulsion and using the speed to avoid fire rather than taking heavy armour to absorb it. To this end Eldar ships are seen as fragile but highly maneuverable. Today we will look at several of the largest known classes. 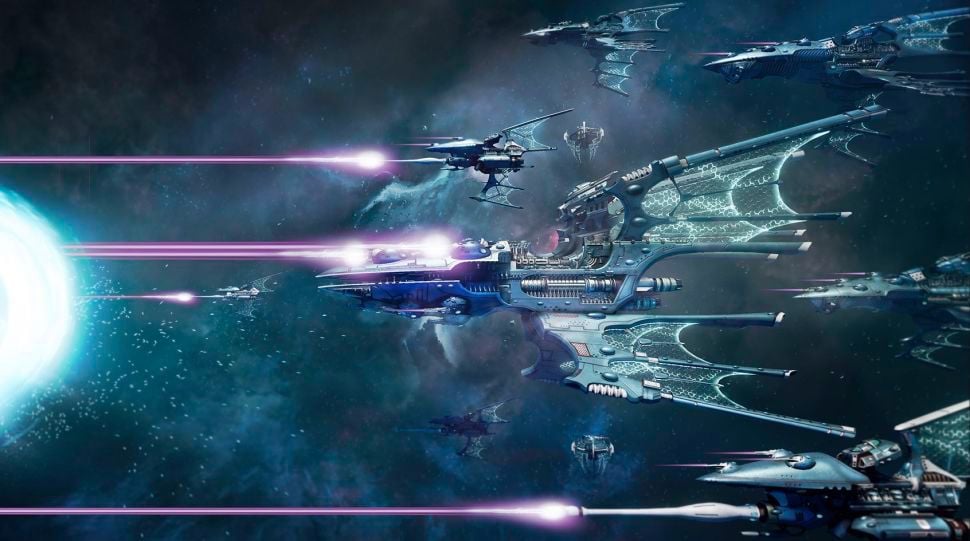 The Void Stalker is one of the largest Eldar space vessels after the Craftworld.

The Void Stalker represents the pinnacle of Eldar technology and many are known to have taken part in the Gothic War. When the Eldar pirate fleets allied with Lord Admiral Ravensburg after the Battle of Gethsemane, the Void Stalkers were brought into service, previously not having been seen during the entire war. They are strong and powerful with various weapons including Pulsar Lances, Eldar Weapons Batteries, and Eldar Launch Bays with Darkstar Fighters and Eagle Bombers.

Other Void Stalkers during the Gothic War pursued personal vendettas while the whole region was in turmoil. 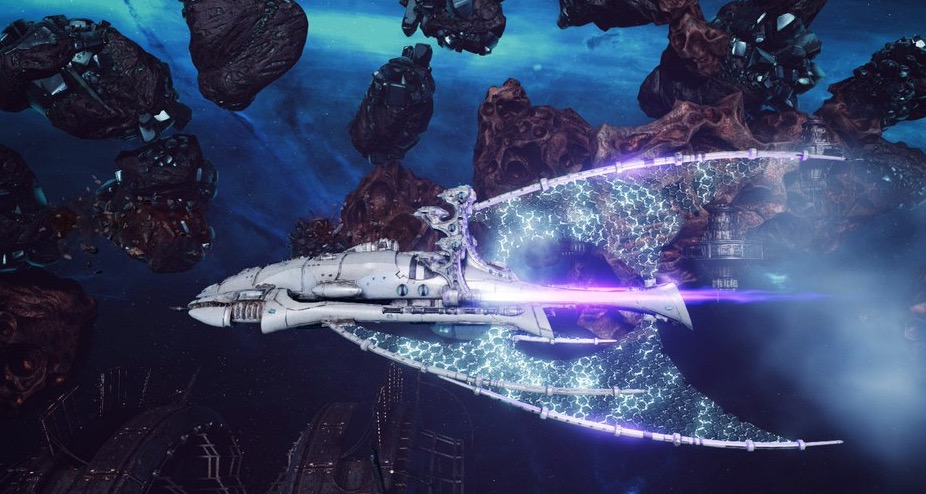 The Phoenix is similar in design to the Dragonship and Wraithship and is equipped with Pulsar Lances, Lascannon batteries, and launch bays for Attack Craft. 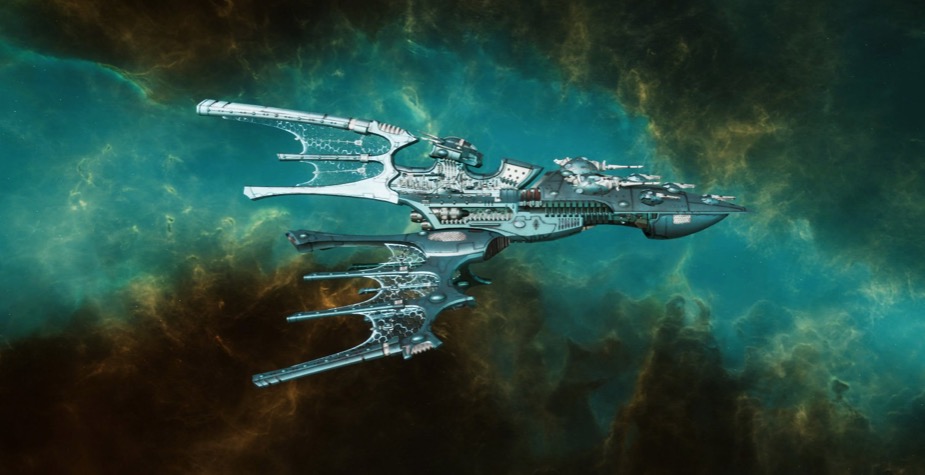 The Eclipse-class Cruiser is a class of Eldar Cruiser that is one of the most effective Attack Craft carriers in the entire Gothic Sector thanks in large part to the quickness and agility that is common to all Eldar craft.

Unlike other races’ carriers which must stay well away from the front lines – thereby increasing travel time before their Attack Craft reach their target – the Eclipse can dart in, launch a wave of Darkstar Fighters and Eagle Bombers, and then race to safety before the enemy can retaliate. When this speed is combined with the incredible effectiveness of Eldar Attack Craft and the power of the Eclipse’s forward Pulsar Lance, it is small wonder that the Eclipse was the bane of Imperial commanders throughout the Gothic Sector

It is typical of Eldar capital ships due to the use of large solar sails, providing it with immense speed and maneuverability. Often they are seen outrunning the escort vessels of other race, they are equipped with a prow Weapons Battery and keel Torpedo tubes.

There have been many successful raids and battles with the Shadow class and there are also many famous ones. The most famous during the Gothic War was the Black Star commanded by Prince Conanmaol of the Executioners. He destroyed many Imperial capital ships as well as a huge amount of merchant shipping tonnage. It evaded destruction and still launches raids from the Graildark Nebula. Another vessel, the Fhianna Rethol, was the first to be captured relatively intact and was being studied at Argante Station when a flotilla of Eldar vessels attacked and fired a salvo of torpedoes at it, destroying it utterly. 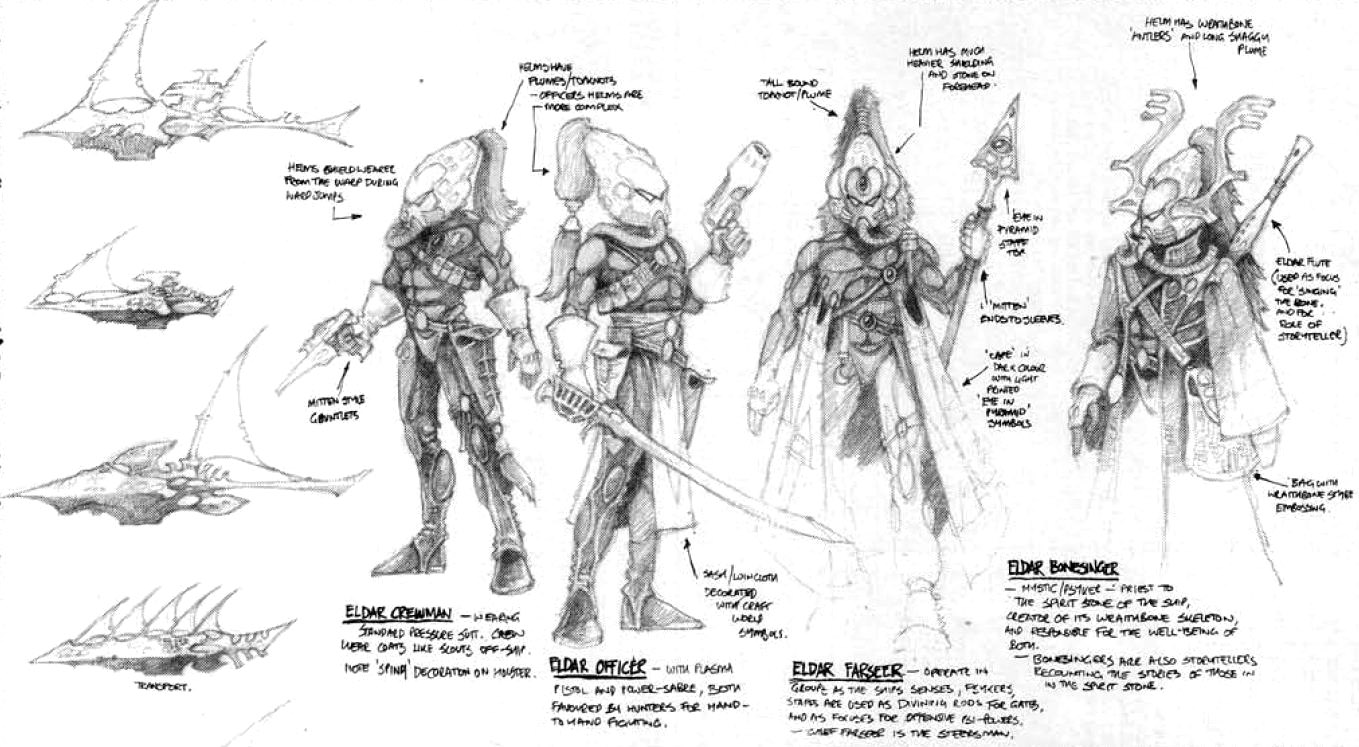 Learn More of the Craftworld Fleets

~We are fortunate that the dying xenos possess so few of these fragile vessels, that they live in constant fear of the Imperial Navy!