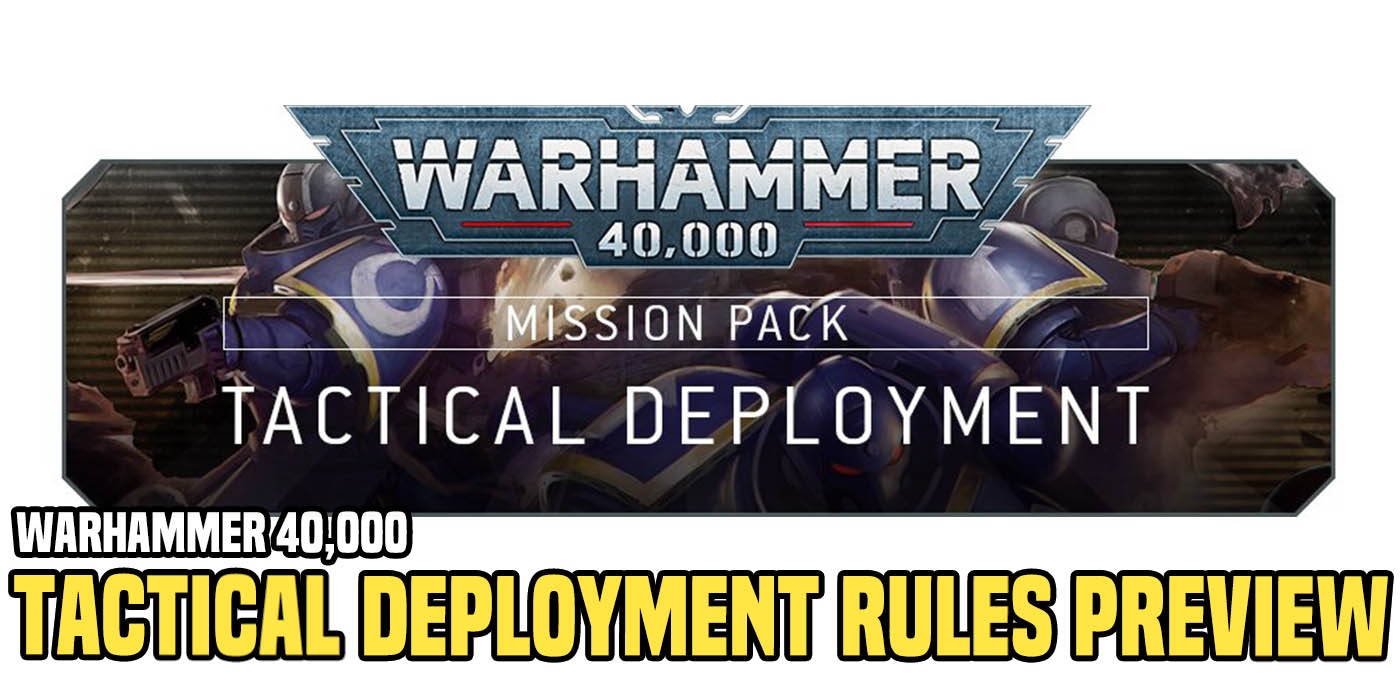 Get ready to up your game with some new reveals about how Tactical Deployment will work with your terrain collection!

It’s time to bring your own terrain to the tabletop with Tactical Deployment. We’ve been curious how these rules will work and what structures are in place to keep it balanced. Well Games Workshop is here with some previews on how this new system fits together and answers some of our questions. 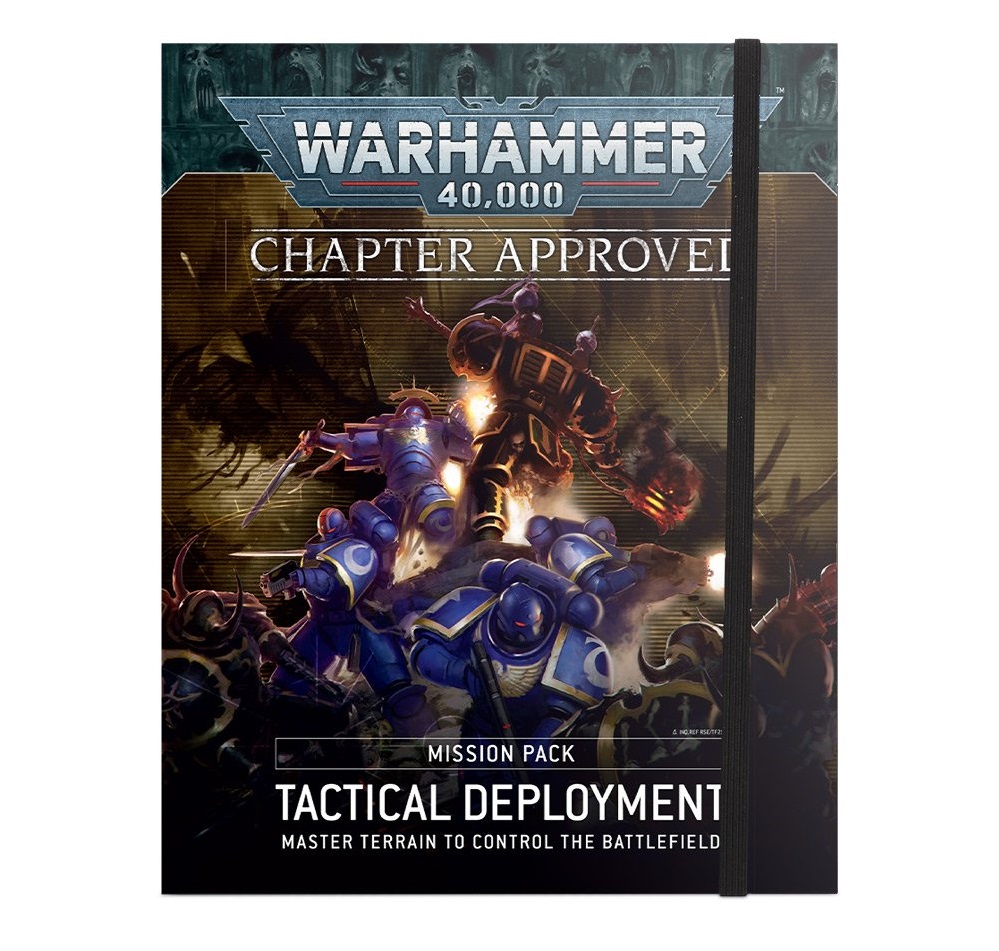 “Tactical Deployment games see you bring your collection of terrain to battle along with your army. Selecting terrain pieces and choosing how to deploy them in your territory will play an essential role in your success in battles. Each terrain feature you take offers your units tactics and abilities to exploit on the battlefield while providing additional objectives for both you and your opponent to achieve.” 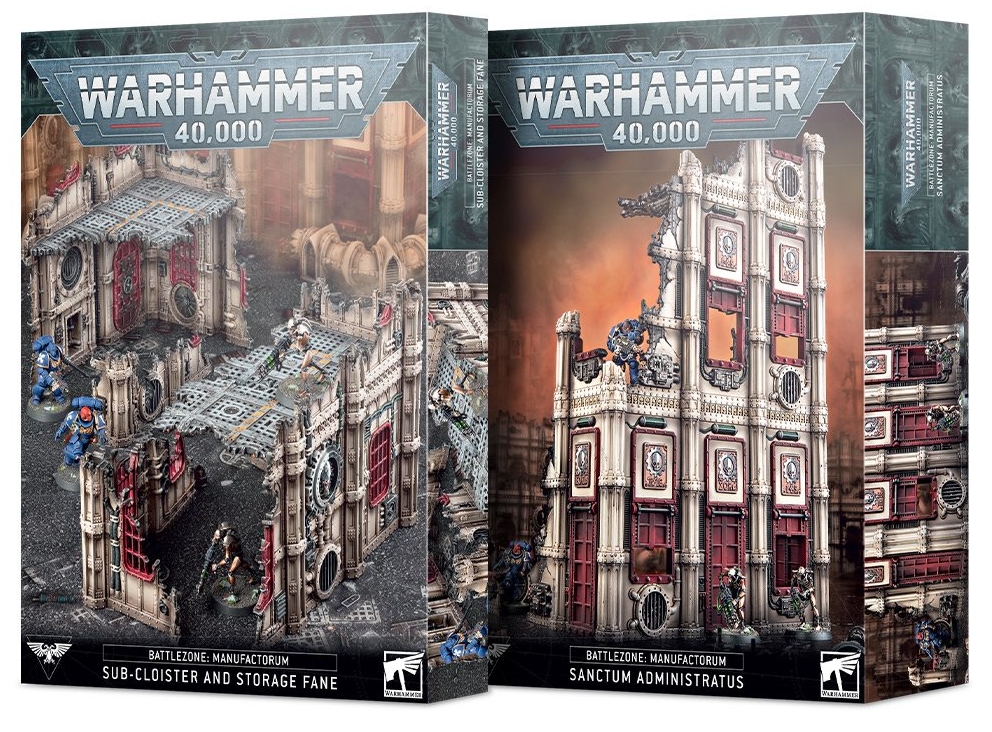 So how will this system work and how will it stay balanced points-wise? Well, we already know that players will agree to the size and scope of the game. That also determines the number of points Players get to spend using the new Terrain Points. GW revealed two ends of the spectrum of Terrain Points you’ll receive:

That’s not only going to help shape your army but it will also shape how your tabletop will look based on what terrain each player brings to the tabletop. So what will those points buy you? Here’s an example of a new Terrain Datasheet: 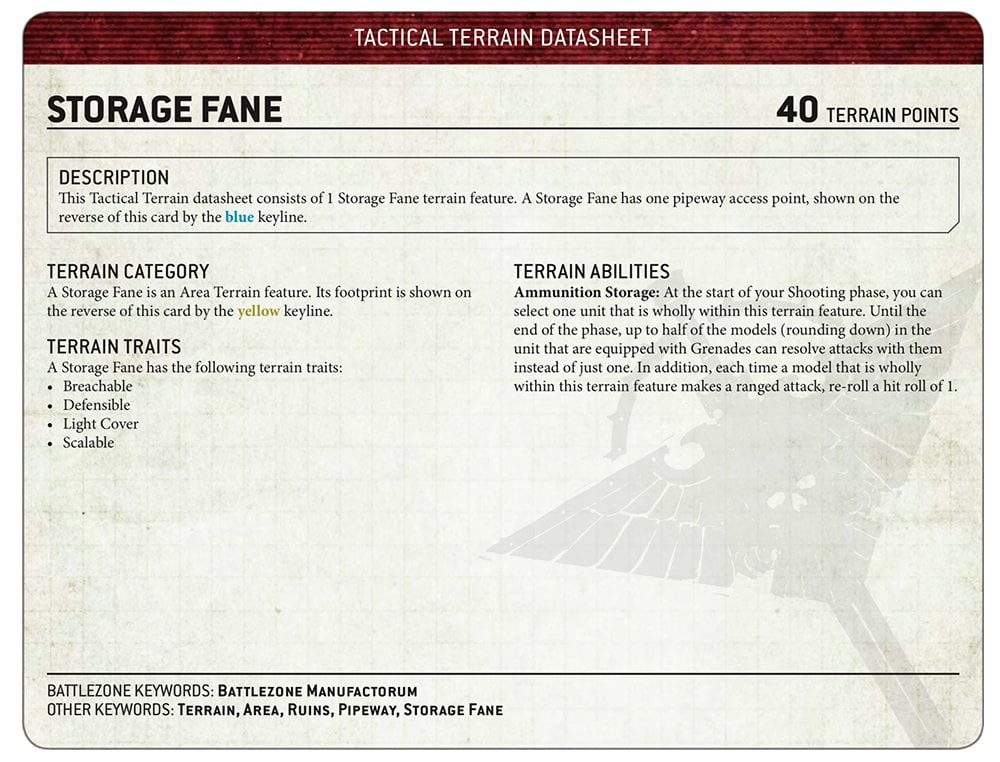 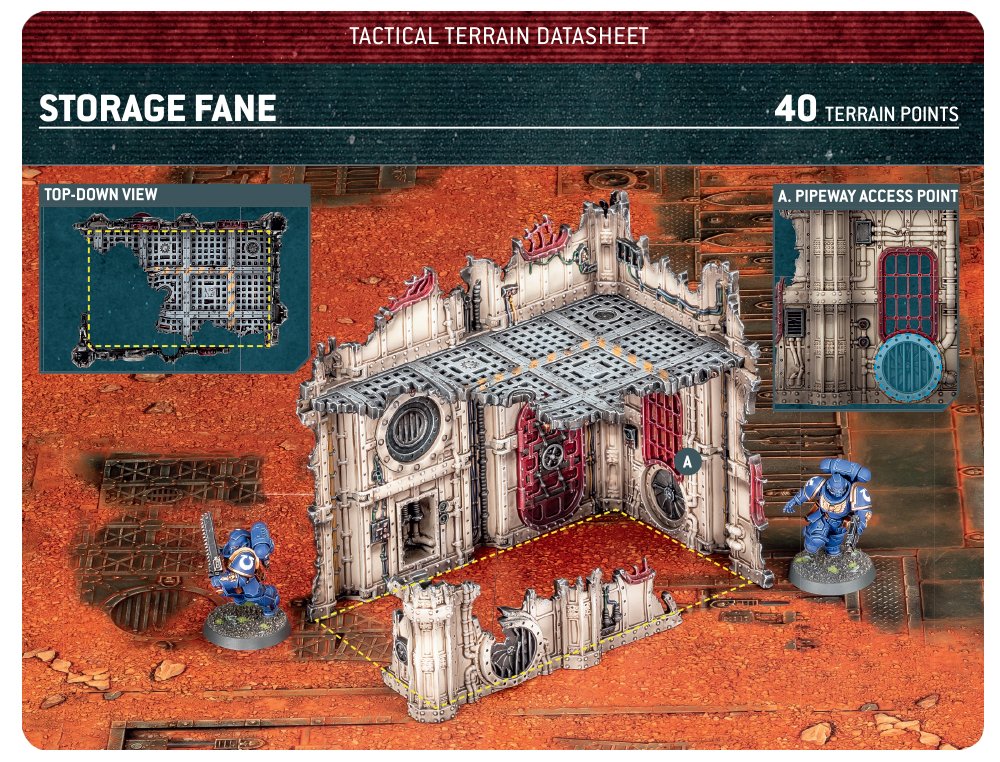 Each card is double sided – one side has the rules while the other has a diagram of what the terrain will look like on the tabletop. The layout is basically a blueprint of how to position the terrain on the board along with access points and other features explicitly depicted in the card. When we first learned that GW was changing the terrain rules with a new keyword inspired system we thought that Tournament Organizers would have to make a pack for their terrain. Well, GW just make all those cards for you!

Between the footprint layout and the unique rules for each building, these new Tactical Deployment Terrain pieces will help clear up any confusion about what a terrain piece does and also provide some interesting battlefield options when playing with them. That is if players choose to use these rules…

The new Chapter Approved Mission Pack doesn’t just include rules for these terrain pieces, it also includes new Secondary Objectives as well. And if you’re worried about the amount of terrain on the tabletop then why not get some points for blowing it up? 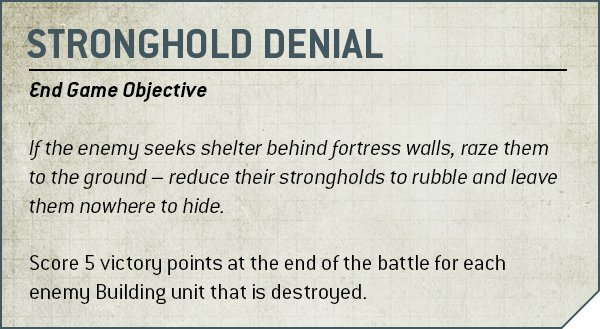 If the terrain has the Critical Feature keyword instead of blowing it up why not move in and score some points that way instead? 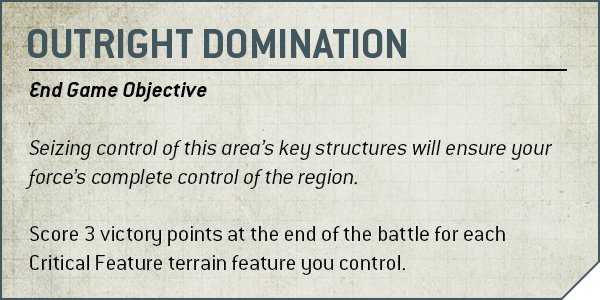 There are lots more Secondary Objectives in the book to encourage players to give these rules a try and also provide you with some alternate scoring options!

Missions – Do You Choose To Accept?

What about the missions? Good question. GW also showed off what one of the new missions would look like: 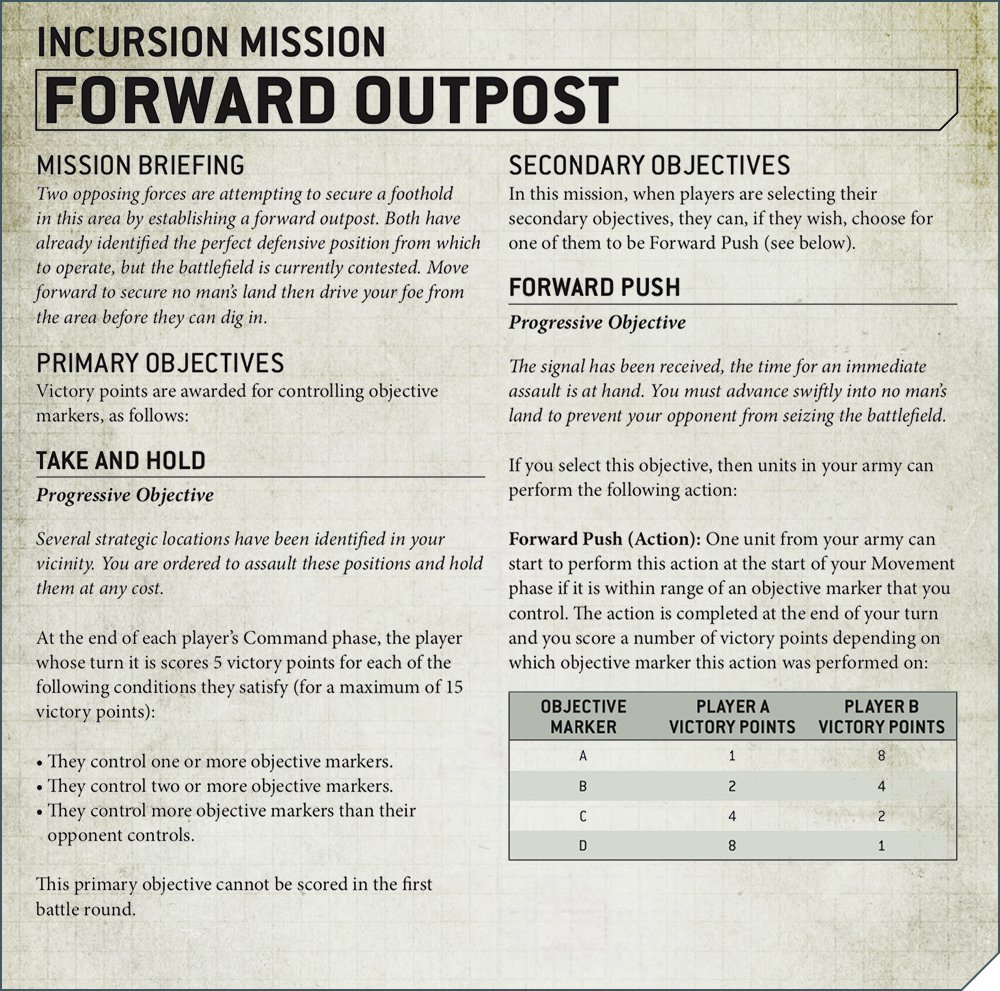 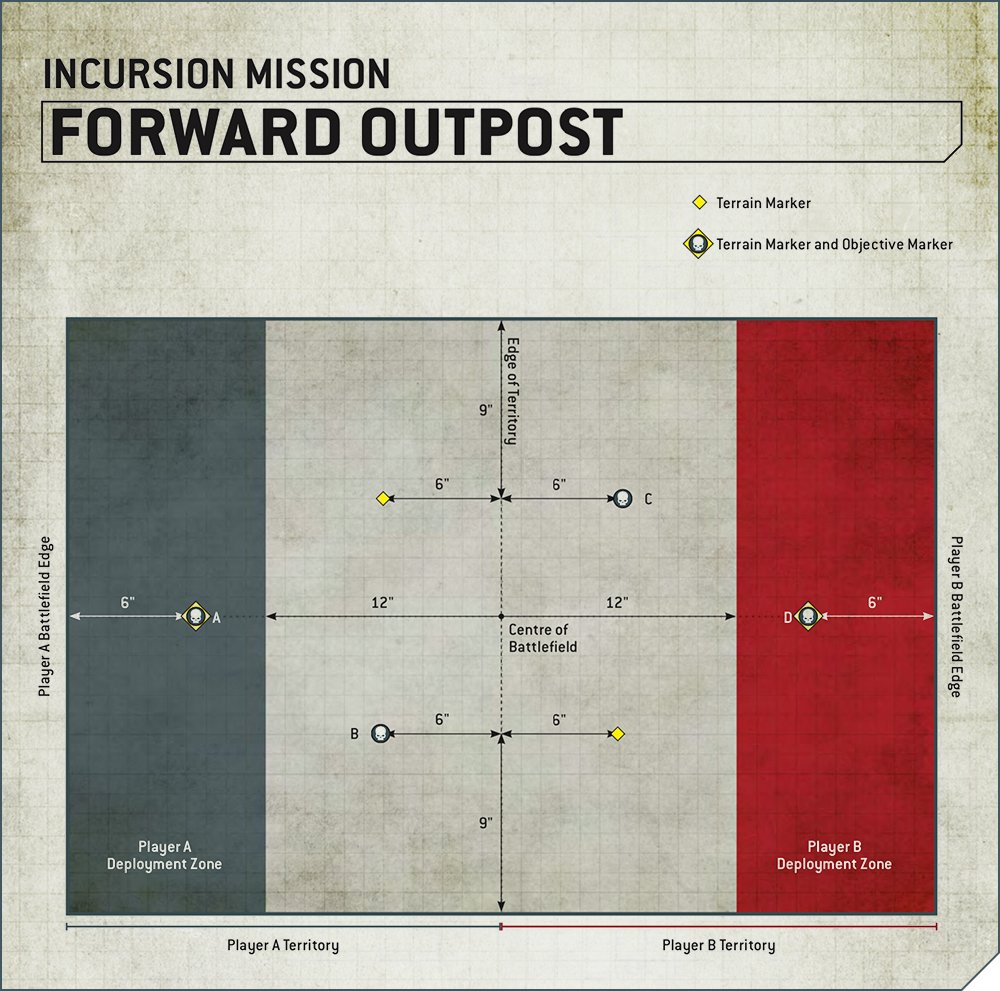 This is just one of the many missions included. There are six missions for each of the respective game sizes. Whatever game size you’re planning on playing with your opponent GW has you covered. Tired of the same ol’Pitched Battle? Then give these a go!

These Missions and Terrain rules have also been designed with Tournaments in mind. If you’re a Tournament Organizer and you’re a little light on your terrain collection then why not give these rules the green light and allow players to bring their own terrain? If you’re a player, don’t get hozed by a lack of terrain or terrain placement – bring your own terrain and ensure your bases are covered. 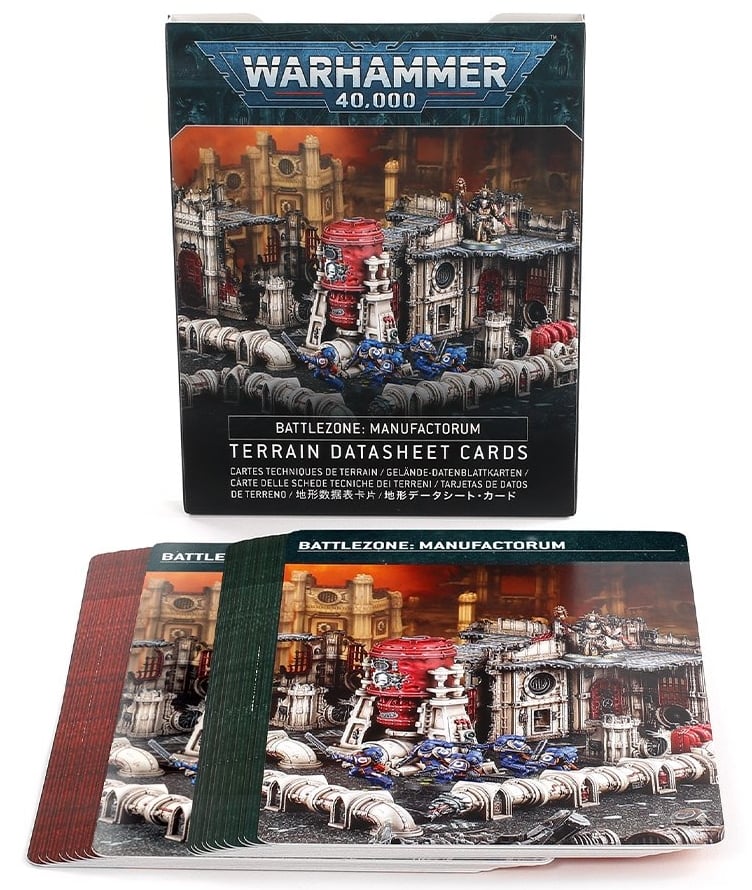 What do you think of the Terrain Rules we’ve seen so far? Would you give these a go in Matched or Tournament Play?

Author: Adam Harrison
Writer, Editor, Texas Native, and Austinite for 15+ years, Adam covers all things Tabletop Gaming. Which includes Warhammer 40,000, Age of Sigmar, D&D, Board Games and everything else that involves dice, boards, cards and a table. A hobbyist, player, and collector of miniatures and games, Adam's current obsession are his Death Armies for Age of Sigmar, his Blood Angels and Tyranids for 40k, and his ever growing Arkham Horror: The Card Game Collection.
Advertisement
Games Workshop Miniatures Rules Tabletop News Terrain Warhammer 40k Warhammer 40K 9th Edition
Advertisement 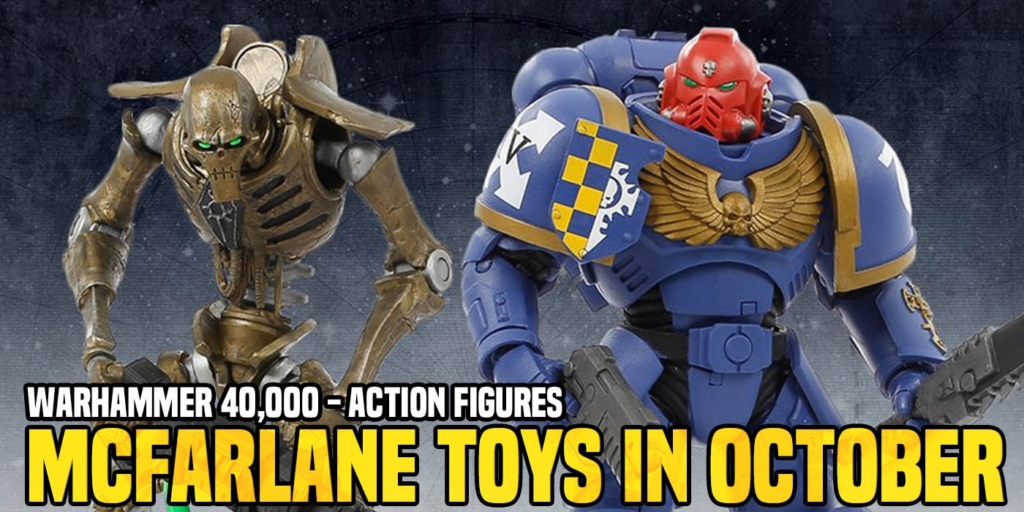