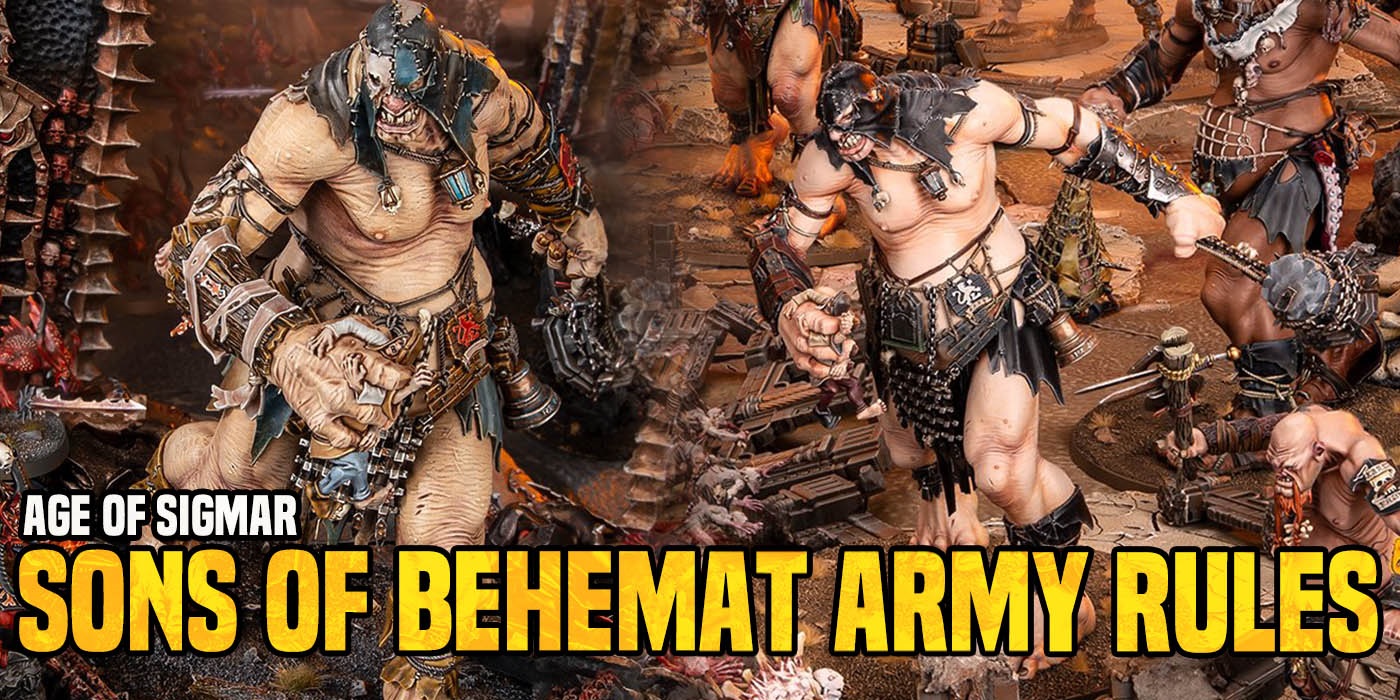 The Sons of Behemat are coming and they have even more rules to help them smash across the tabletop!

Yesterday, we got a look at the different Mega-Gargant stats for the new massive monsters. Today, we’re getting a better picture of some of their OTHER rules that make them function as an army. If you wanted to start an ALL Sons of Behemat army, you’re going to want to check these out.

“All Sons of Behemat armies benefit from a set of battle traits, including one that helps them seize objectives – which is important considering how few models you’ll have.” 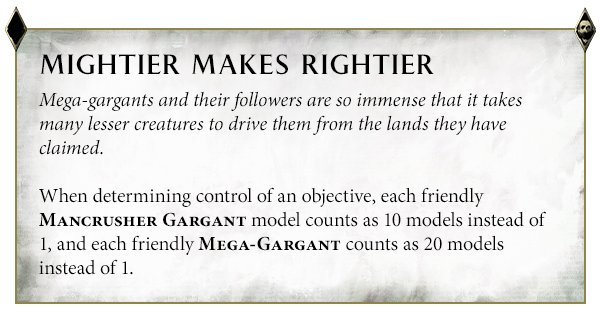 This new army wide rule alone makes them actually viable in Age of Sigmar. You can’t win every game by just smashing your opponent’s to bits, you’ve got to take objectives and Mightier Makes Rightier fits the bill nicely. Your Gargants count as 10 models and Mega-Gargants count as 20 for the purposes of determining objective control. That’s going to help out this low-model count army quite a bit. 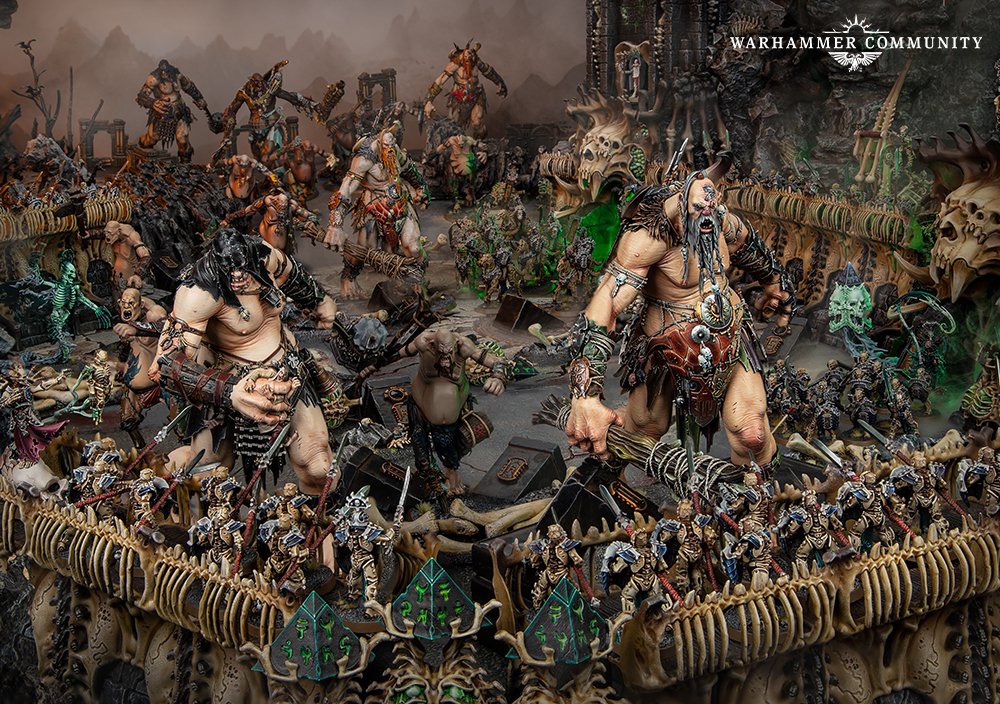 Games Workshop has also added new Tribe rules for the Sons of Behemat. You’ll be able to pick one of the three different tribes if you’re playing a pure Sons of Behemat army – and it’s based on which Mega-Gargant is your general.

This army is lead by a Warstomper. They are all about getting into the fight and stomping all over the enemy ranks. They get bonuses to attacking large units and they have a way to close the distance, too! 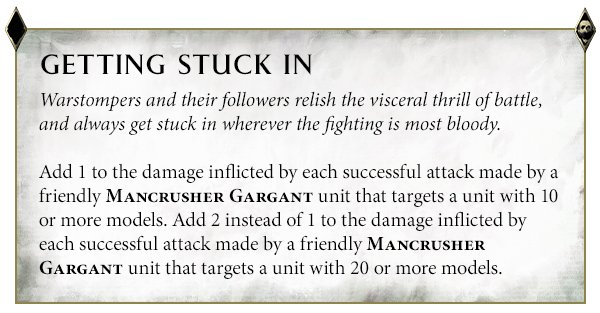 And if your opponent thinks they can just sit back and shoot, well, you’ve got an answer for that as well: 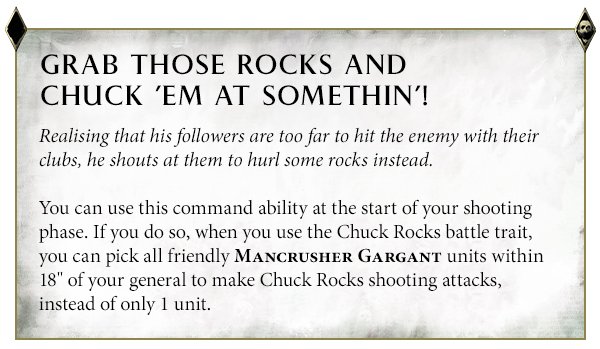 If you were drawn to the Gatebreaker Mega-Gargant, then the Breaker Tribes are you home. They REALLY enjoy breaking things. They enjoy it so much, they get a special hate-fueled chart they can roll on. 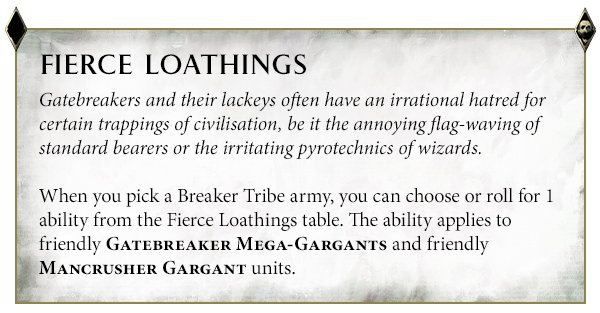 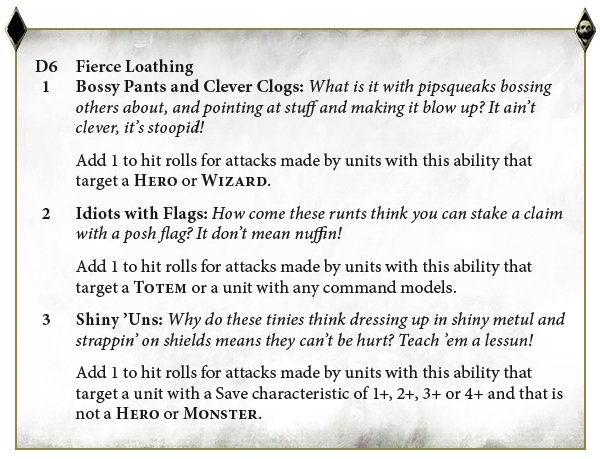 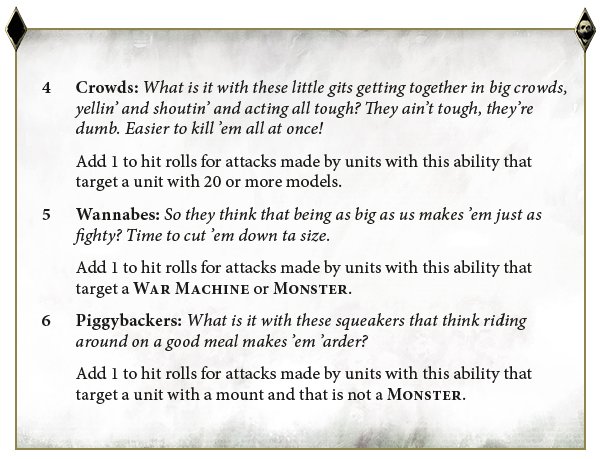 If you opponent thinks they can hide in a garrison, this is one tribe you do NOT want to do that against. 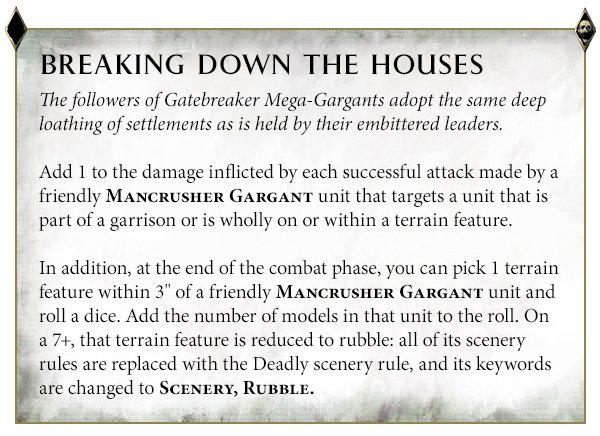 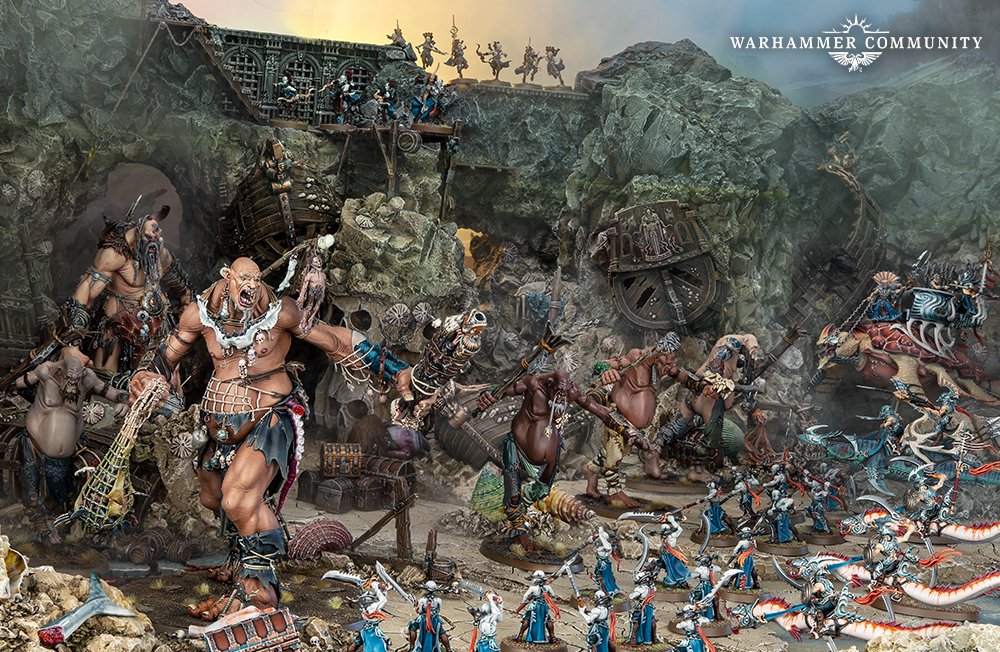 If the Kraken-eaters caught your eye with their nets, then the Taker Tribe will provide you with the haul you seek. They have even more taking power when it comes to objectives.

In addition, each Tribe will have 3 artifacts of power. Except for the Takers. They actually get 6! One of which is the Net of the Beast-Reaver: 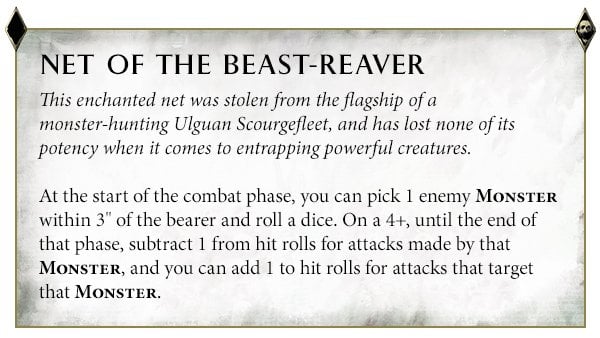 And, as befitting the name of Taker, they get bonuses when they take out enemies with artifacts of power. 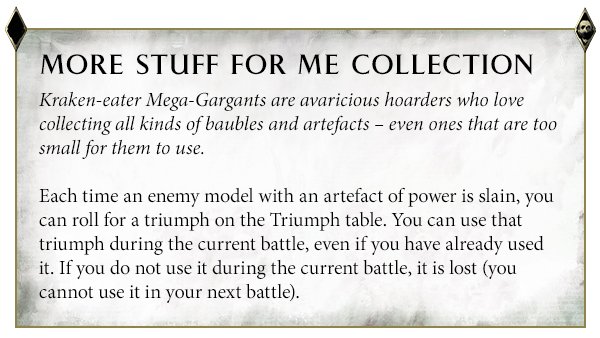 Those Triumphs can be great bonuses – as long as you remember to use them. 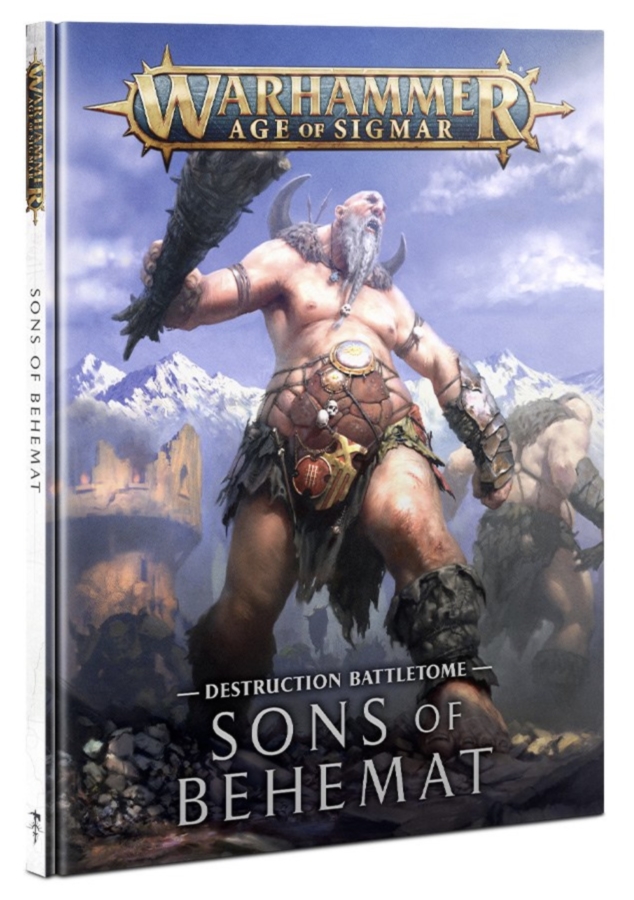 The Sons of Behemat Battletome is up for pre-order this weekend. Get ready to rumble!