Come take a look at the newest horror-themed adventure coming to the Mortal Realms. Come see what happens one Fateful Night in Soulbound.

Chills abound for the Age of Sigmar Roleplaying Game as Cubicle 7 unveils a new, one-shot horror adventure comes to Soulbound. Just in time for Halloween comes A Fateful Night, a new horror-themed adventure by Cat Evans that takes you to one of the biggest cities in the Mortal Realms as all hell breaks lose. 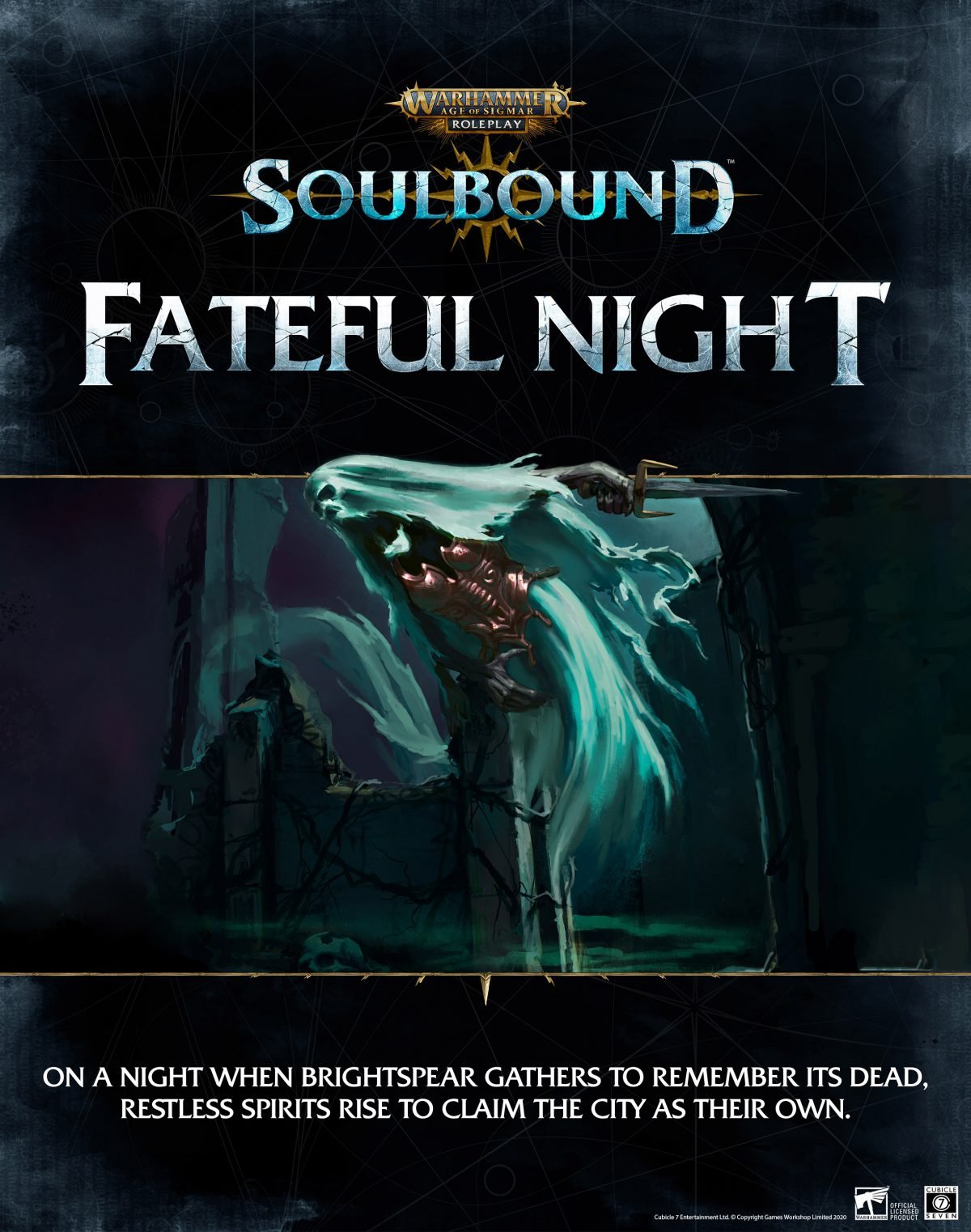 On the Night of Memory the people of Brightspear gather to remember those that were lost during the Necroquake. But as the Spearians mourn their dead, restless spirits rise once again to terrorise the city and claim Brightspear as their own. On this Fateful Night, the light of Brightspear may finally go out.

The city of Brightspear is overrun by spirits and wraiths as a powerful Myrmourn Banshee tries to open a gateway to the Realm of Death. The party must battle their way through streets filled with death and despair and fight their way to Domini University to end the ritual that would see Brightspear fall to ruin.

Fateful Night is a horror-themed adventure for Warhammer Age of Sigmar: Soulbound that is perfect for a single night’s play.

This PDF also includes two one-page adventures that can expand the scenario for play over multiple sessions.