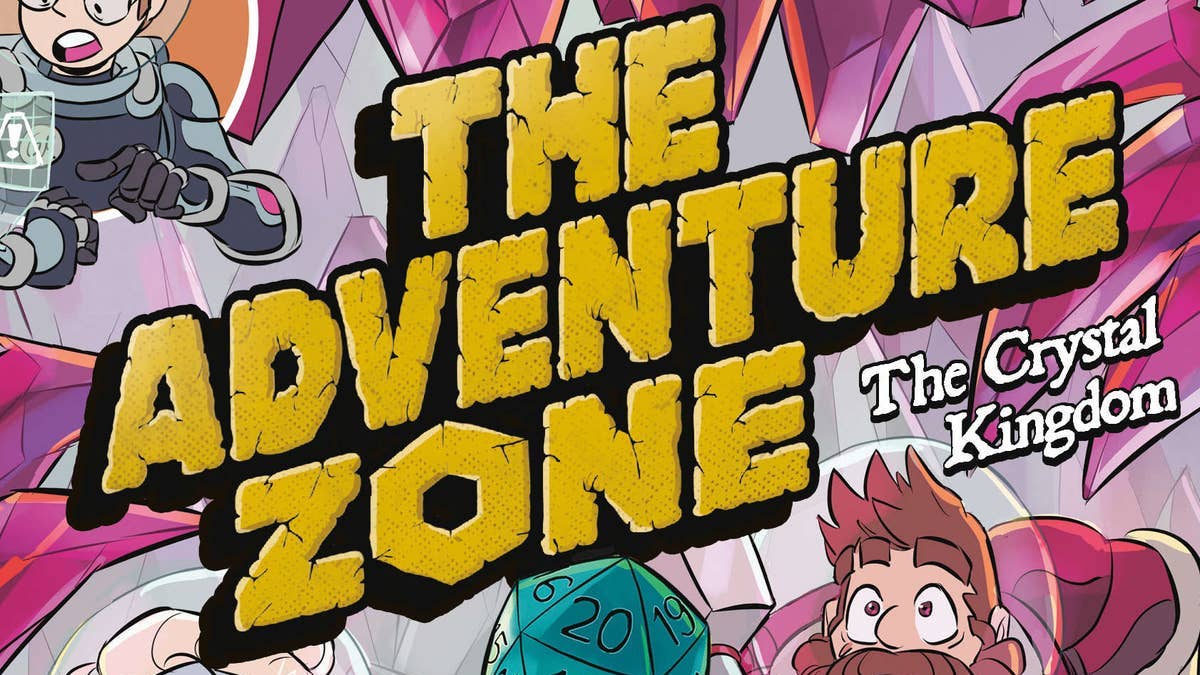 The Adventure Zone: Balance is coming back in July with the next installment of the graphic novel, but preview pages for The Crystal Kingdom are up NOW! 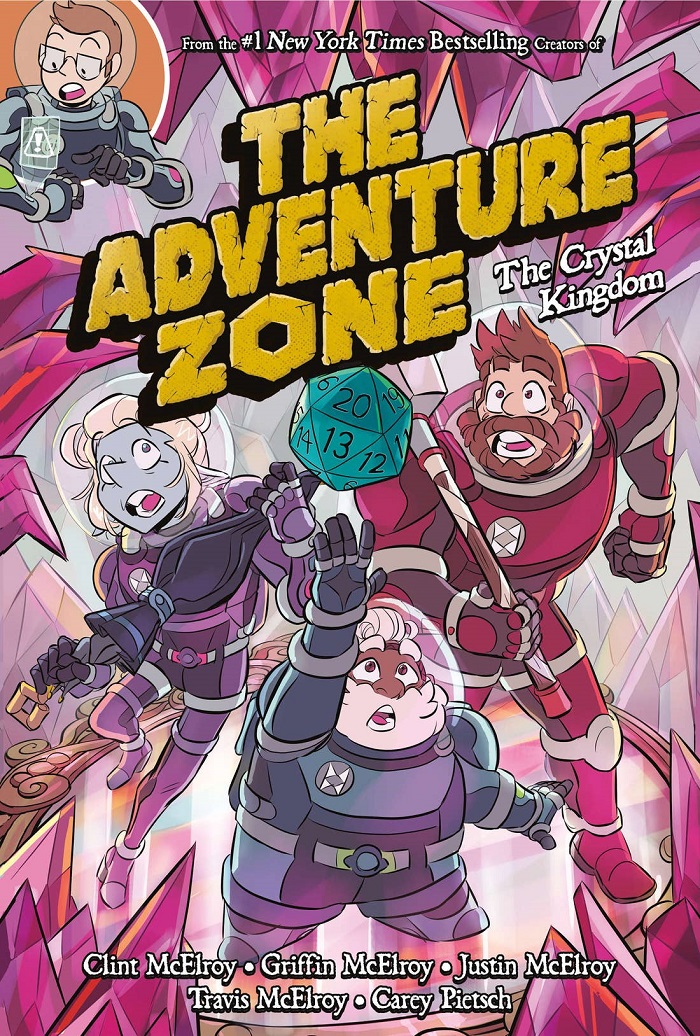 The next installment of the Adventure Zone comic is back bay-be. Or it will be on July 13th of next year. But for a quick October treat the McElroys and Carey Pietsch have started increasing the anticipation with a panel at New York Comic-Con on Thursday, an interview with SYFY Fangrrls, and of course some preview pages straight from the graphic novel.

If you’re not familiar with The Adventure Zone, it’s an actual play podcast featuring the three McElroy brothers and their dad as we listen to them turn family game night into a 120-hour long epic in which they play D&D so hard that they make themselves cry. And me, I cried a lot. Aside from being fantastically fun and hilarious, it features a story that’s so thoughtful, well written, and quotable that fans are still talking about the Balance campaign three years and an entire campaign and a half later. Its popularity has spurred an almost endless stream of merch, fan creations (such as cosplay, fanart, and fanfiction), and of course, the New York Times Best Selling graphic novels. 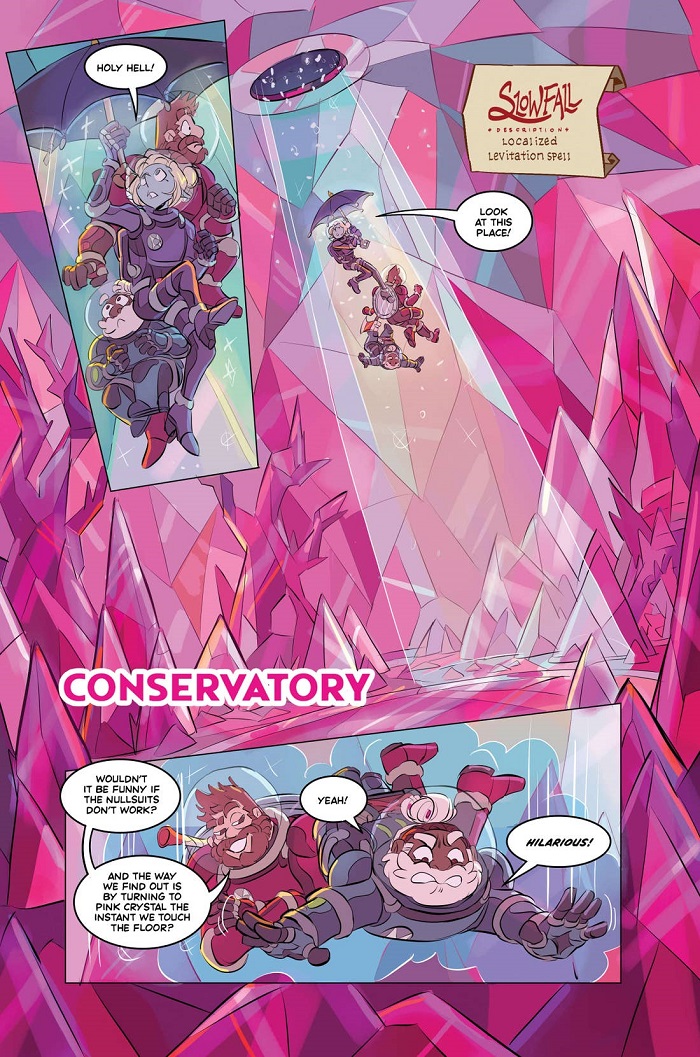 It’s nice that Taako gets to spend Candlenights with [static sound].

The Crystal Kingdom arc follows the characters through a floating science lab where something has gone terribly wrong and everything is turning into pink tourmaline. Can they figure out what’s causing the crystal to grow and infect everything before the lab falls out of the sky and starts infecting the rest of the world? Why is there a snarky crystal golem that won’t leave them alone? Will the comic finally explain how Taako eats a sandwich without opening up his suit and risking crystal infection? 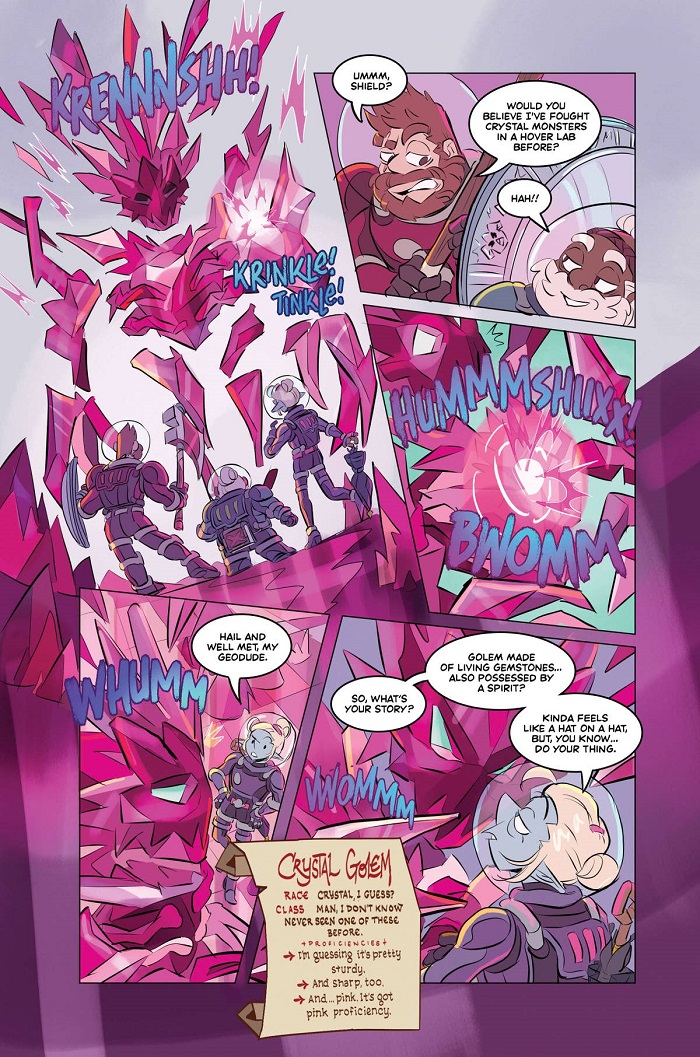 I’m very excited about this book. The entire podcast is one of my favorite examples of creative and cooperative storytelling in the world, but this arc is where some truly interesting aspects of the overall plot start coming to the surface and one of the all time fan-favorite characters are introduced. Plus, it incorporates one of my favorite tropes; “What if this fantasy story was actually lowkey a sci-fi?”

If you’re also excited for the return of Magnus, Merle, Taako, and your dungeon master and best friend, Griffin in a 2D full-color format, you can pre-order your copy of TAZ: The Crystal Kingdom here. And to see the rest of the comic preview pages you can visit the SYFY exclusive here. 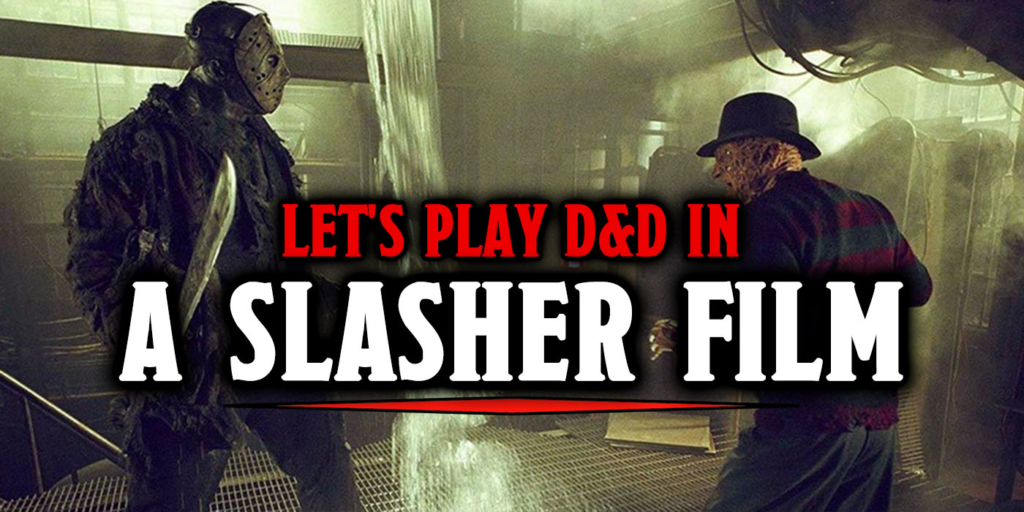