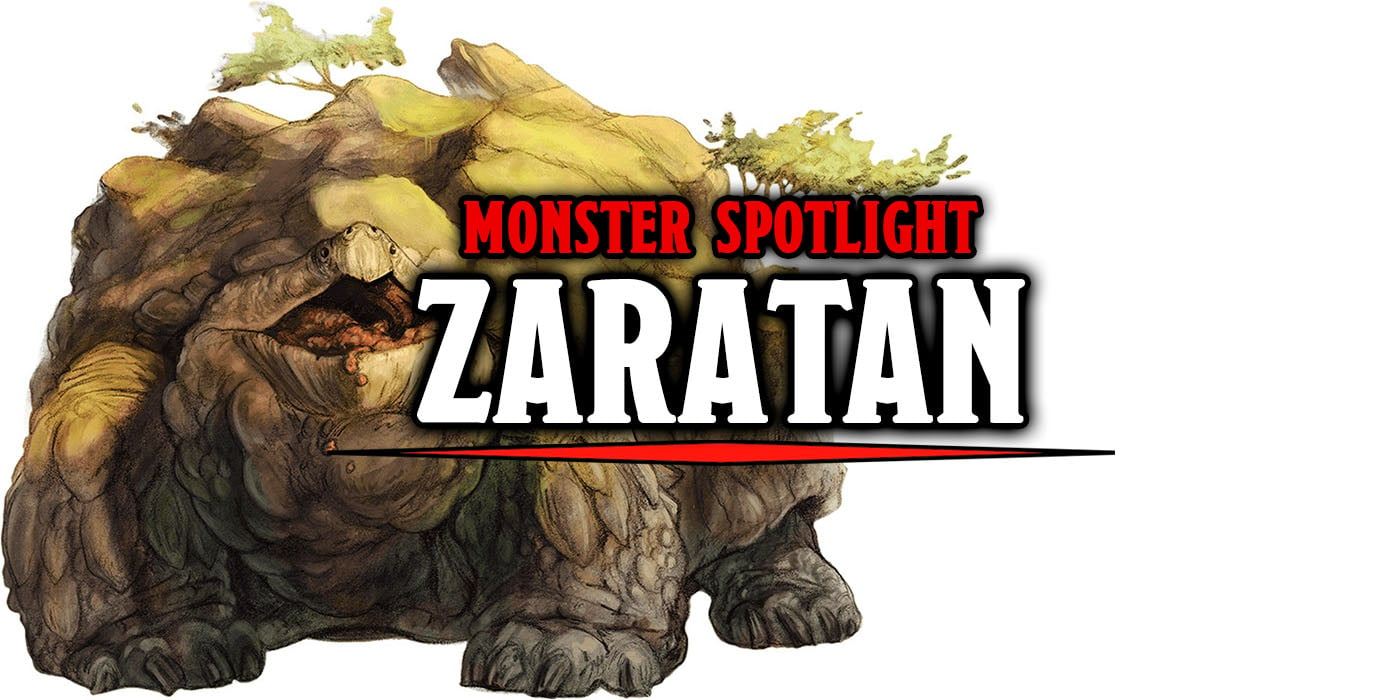 Your party was stuck at sea for weeks before finding a small lush island. But the island seems like it may be moving on it’s own… You found a zaratan.

Mythological zaratan have existed for a long time and have appeared in mythology and pop culture all over the place. Usually appearing as a giant turtle with enough greenery to be mistaken for an island, they re sometimes pictured as whales or krakens, or any other variety of huge ocean life. Most notably you may remember seeing a variation of a zaratan in Avatar The Last Airbender and, my personal favorite, Terry Pratchett’s Discworld is balanced on a particularly giant land-carrying turtle. So of course this beast has made a few appearances in D&D, 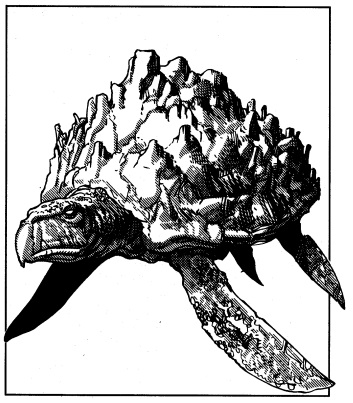 The zaratan is giant, passive turtle who spends most of its time sleeping in the ocean. On the scale of monster-to-fantasy-monster-you-may-be-a-jerk-for-fighting, it ranks pretty darn high. When attacked it will withdraw into its shell where it becomes invulnerable to non-magical weapons and there it will stay for up to ten years…. unless you mange to wound it by more than 5% of its hit points and then it will kick your ass. Once the zaratan has defeated and likely swallowed its foe, it take a quick one to one hundred year long nap to regain that energy you rudely made it expend. 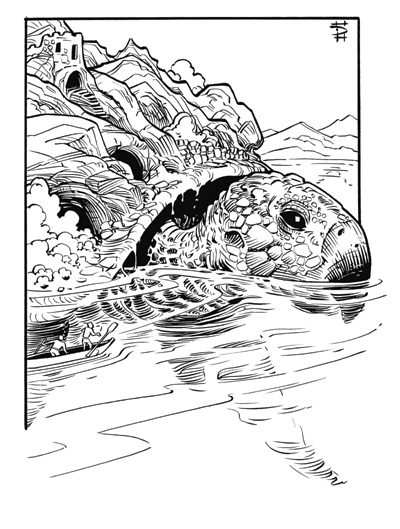 Third edition also makes an attempt to shy away from the idea of the zaratan as a monster to fight while instead leaning into the concept of adventurers using them as a sort of island shaped boat. It makes sense, they’re large, swim around the ocean, and  have shell vegetation and growth that would probably make them a pleasant enough place to spend some time, but 3E’s directions for controlling the direction in which the zaratan swims is so, so strange. The potential turtle sailor needs to stand near-ish the creatures head and either make diplomacy, intimidation, or performance checks to convince the zaratan where to go. Other adventurers may stand around the circumference of the shell and bang on it…. which doesn’t feel like something that would be convincing or even noticeable to a giant turtle with an impenetrable shell, but who am I to argue with a source book? 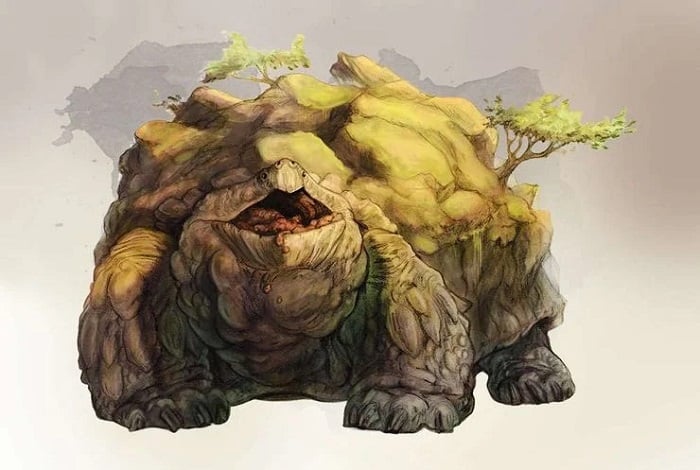 5E and Mordenkainen’s Tome of Foes brought many changes to the zaratan, now identifying them as land faring creatures from the Elemental Plane of Earth. It also make them seem much less passive and peaceful with five active and offensive attacks. This land zaratan feels more like a dry cousin of the previous zaratan than the same creature, but Spit Rock and Spew Debris make it feel very much like a pokemon, which is in and of itself pretty fun. 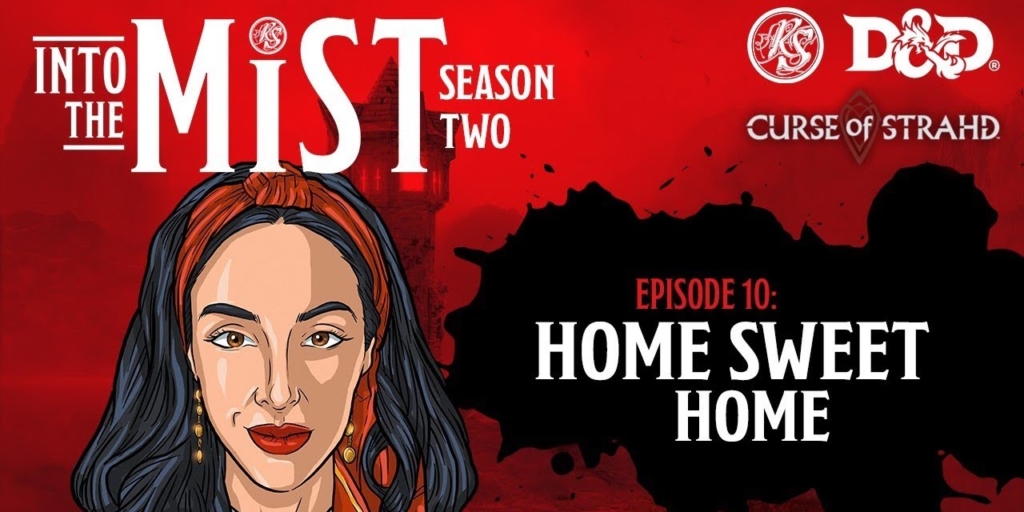