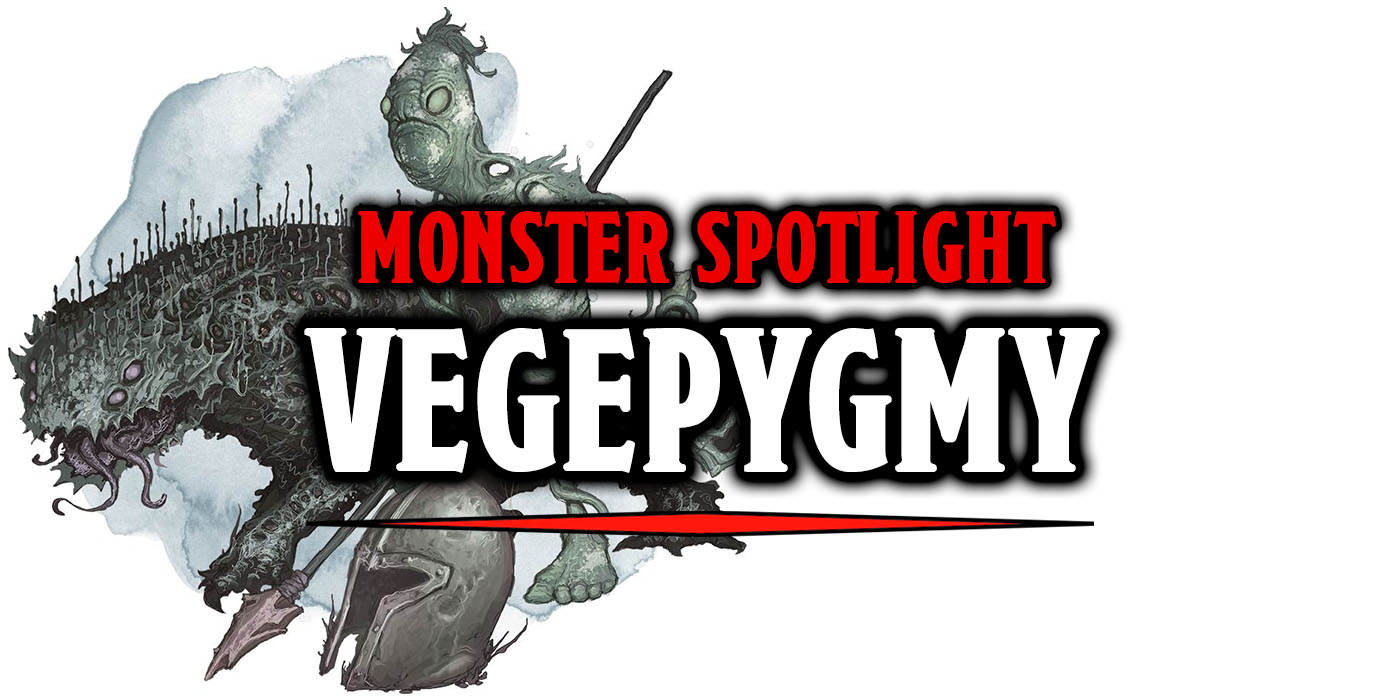 Adventurers should beware the russet mold because should they fall to it they may come back as one of these strange screaming plant creatures. 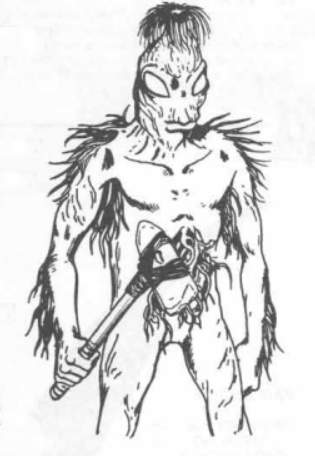 Vegepygmies are low intelligence vegetable creatures who spend most of their time hunting for meat. They’re not particularly tough at 1-4 hit dice and pretty small, starting at 2 feet, but what they lack in power they make up for with resistances and that fight-me spirit. Also, their thorn claws. Thorn claws sound really not fun to come up against. They also don’t talk as much as shriek in warning and communicate with a series of coded chest thumps. 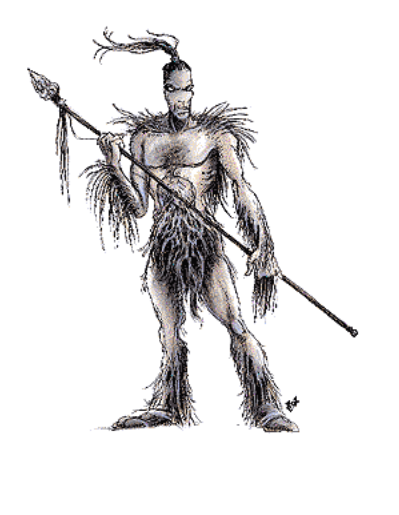 2E tells us that vegepygmy is apparently the derogatory name for these guys and they’re in-universe more officially known as Mold Men. But they’re still listed as vegepygmies in the book so it feels like D&D may be sending us mixed messages. What should the culturally sensitive adventurer call them, D&D?! Their natural camouflage makes them decent hunters, allowing them to blend in and ambush animals with few other trips or traps. But in a fight, they will use piercing weapons and sometimes poison spores similar to the mushroom folk.

In 4E vegepygmies only show up in Dungeon Magazine #201, and you may be tempted to skip this but outside of any 4E specific gameplay potential, you would be missing out on some extra interesting info nuggets that you maybe have missed in previous editions. For example, the concept that the original vegepygmies game from irradiated humans and other creatures whose space ship crashed in the Greyhawk setting. They are also creatures who adventurers who take the chance to attempt communication will find are willing to avoid confrontation. Though communication will likely still be a challenge. 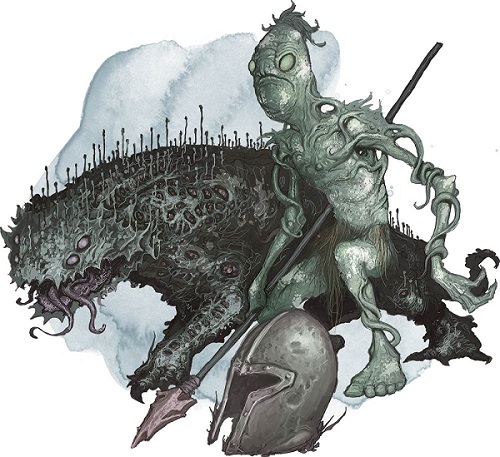 5E goes a little less sci-fi with the vegepygmies, letting us know that they come from other humanoid creatures who are killed by russet mold. But then it goes on to describe how russet mold’s origin is mysterious but historical accounts tell of a strange metal dungeon full of strange life. Which sounds pretty space ship like to me. Vegepygymies may also be a little extra annoying to fight as they regenerate hit points at the start of their turns and have learned to hiss.

Have you encountered a vegepygmy? Has your game ever delved into their mysterious origin? Let us know in the comments!