D&D: Tasha’s Cauldron Of Everything Preview – The Fix Is In For Beastmasters 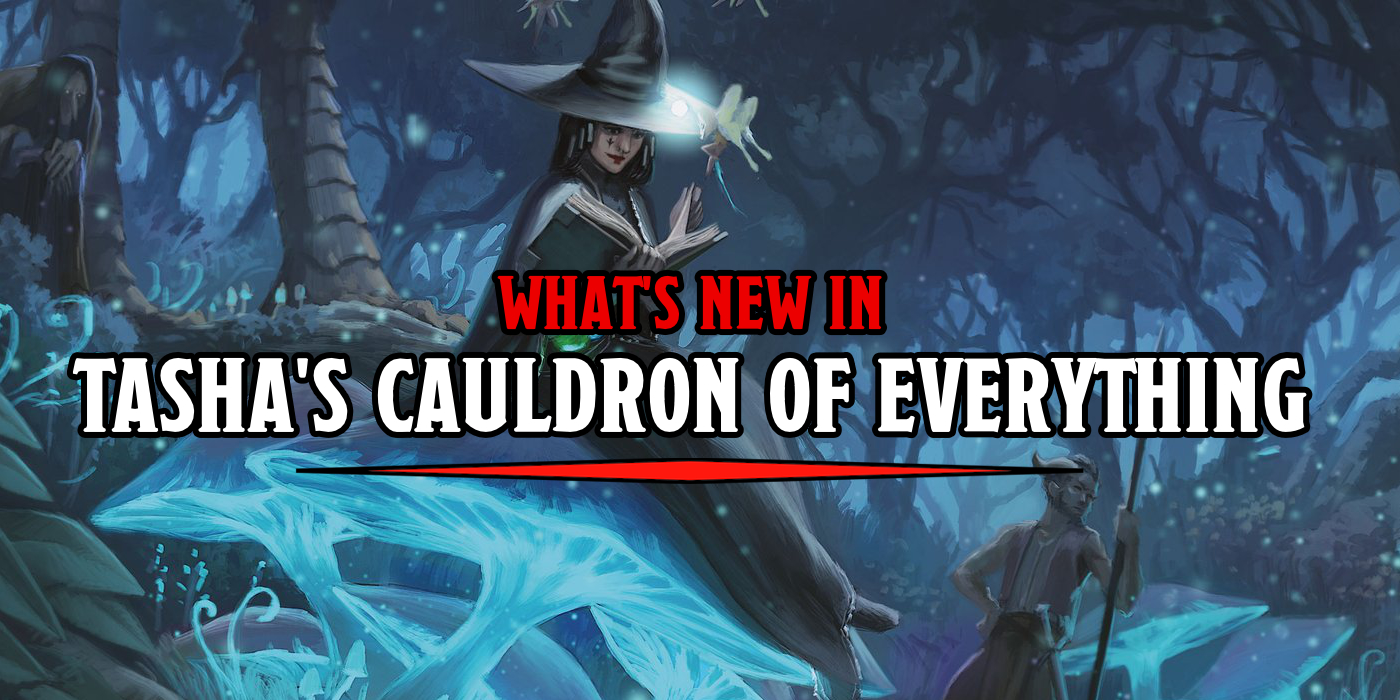 Fantasy Grounds recently unveiled a new preview of Tasha’s Cauldron of Everything, showcasing a new batch of rules in the book!

Tasha’s Cauldron really will have Everything, according to previews of the new book that made the rounds on Fantasy Grounds for a while. It seems like the preview has since been pulled down, so we won’t dig through everything–but a few new features serve to whet the appetite for the new book, now just around the corner. 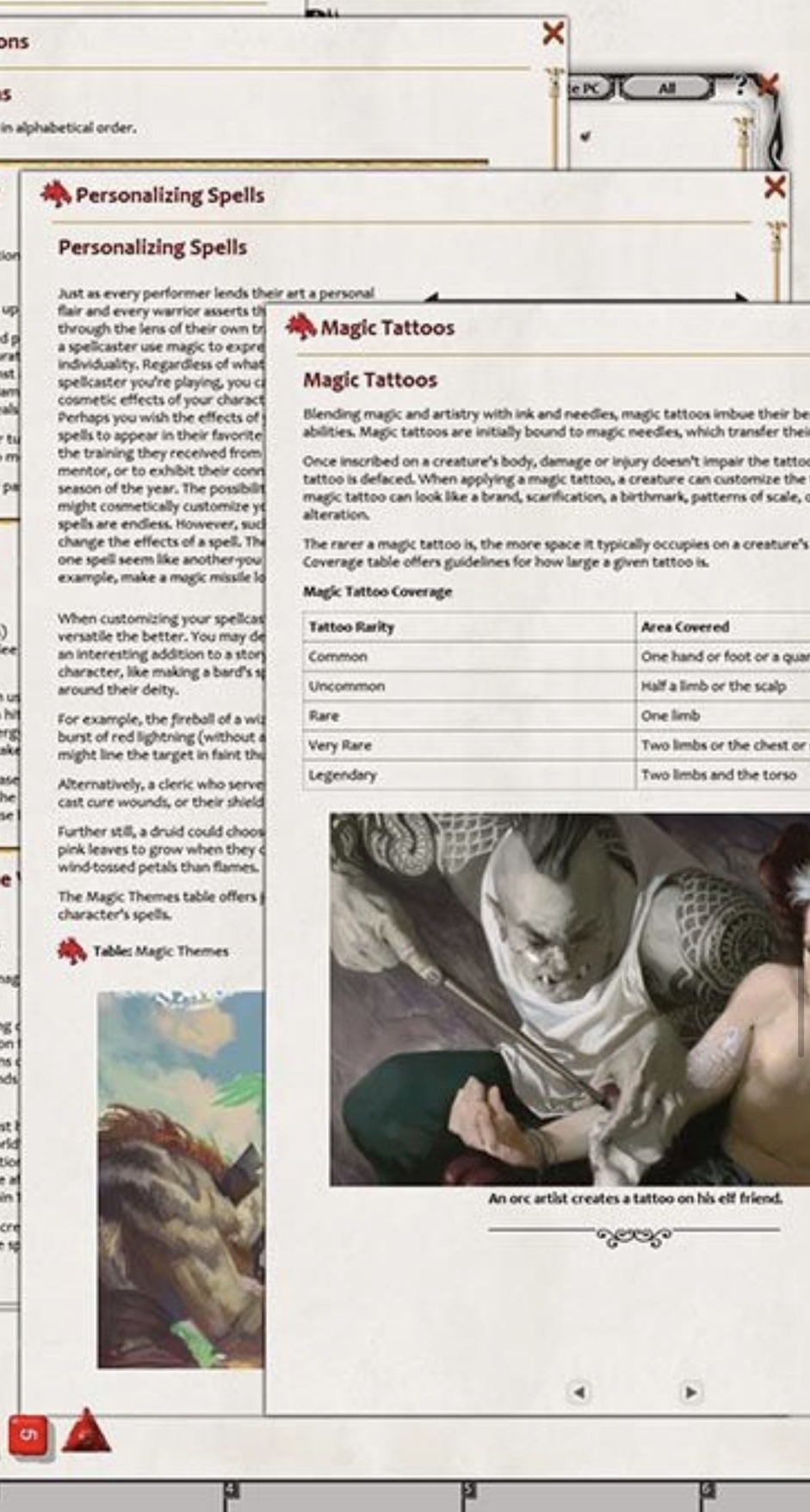 First up, Personalizing your Spells. This appears to be guidelines for customizing your spells–laying out the groundwork for at the very least making your spells look different, even if mechanically they are still the same. What isn’t clear is if the obscured part of the document hints that you can change the non-cosmetic parts of a spell, like introducing a rule to change to fireball to deal lightning damage.

Which seems a little far fetched for WotC, given their recent re-tuning of the Wizard subclass that was previously all about swapping damage types–but one of the examples is making the fireball be a burst of red lightning. 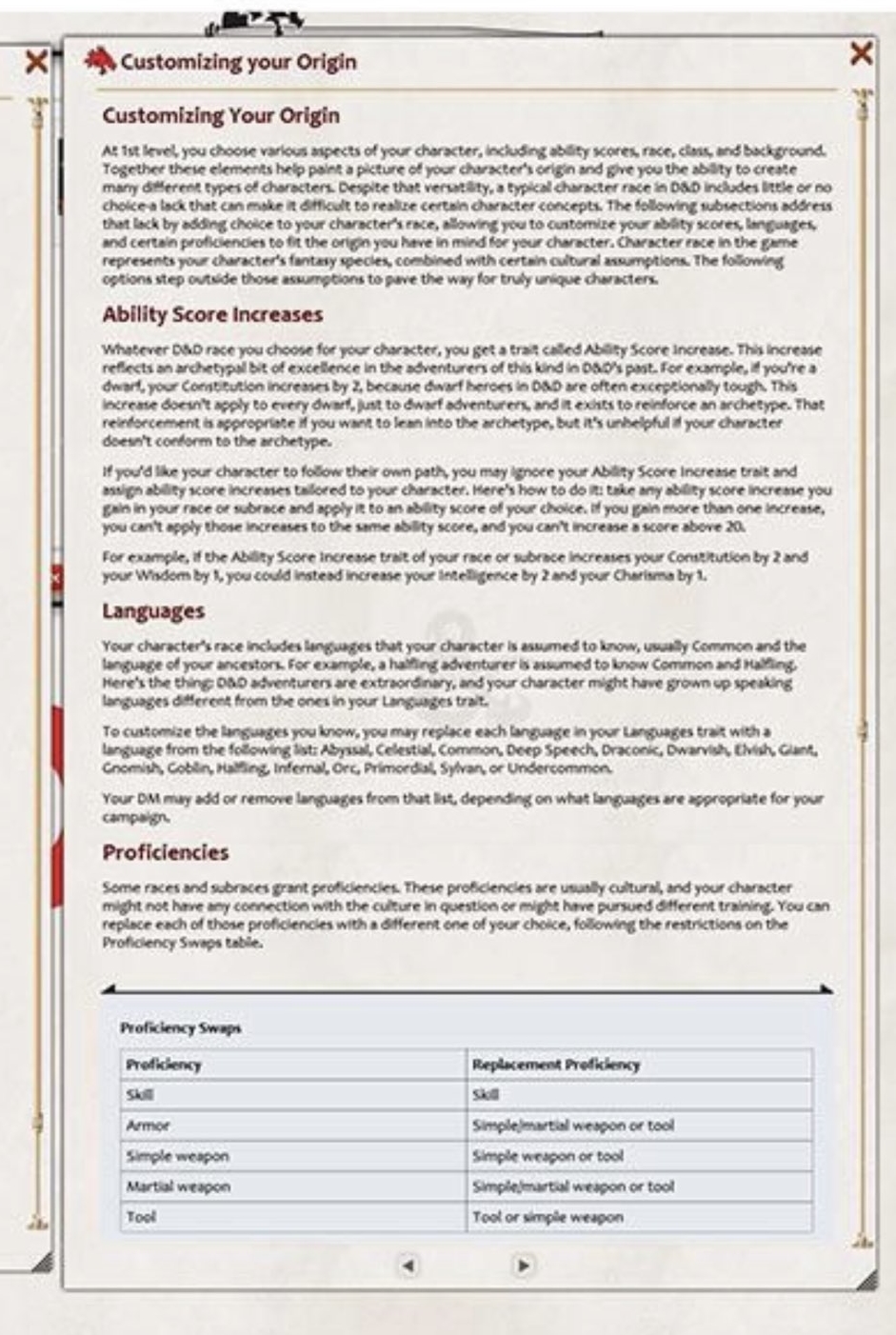 The other big thing is a proposed change to Beastmaster Companions. Or, Cpmpanions, as seen in the screenshot below: 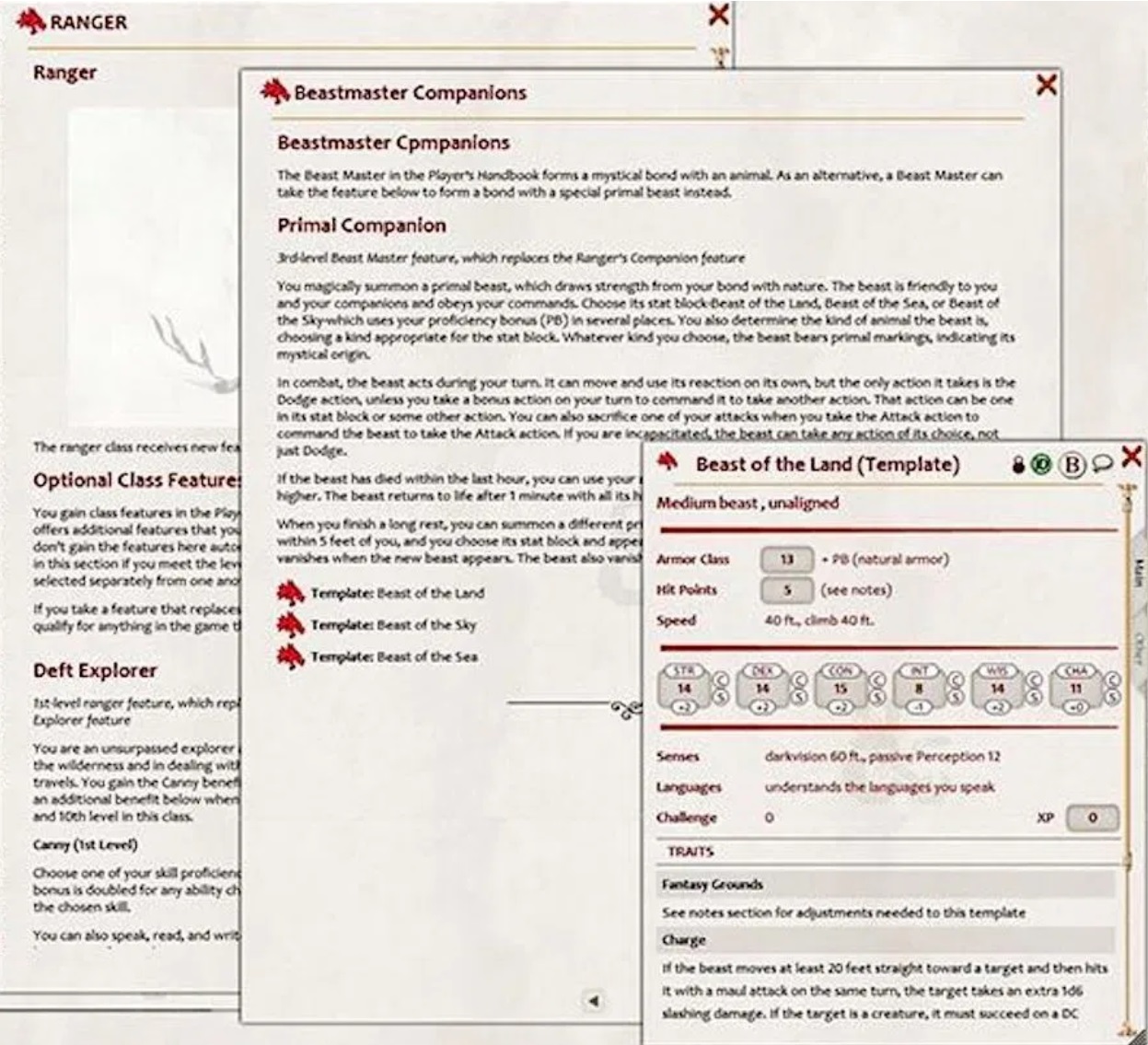 This is exactly what Beastmasters have been needing. You can command your primal beast as a bonus action, directing it to take one of the actions in its stat block. It also will take actions of its own choice if you’re incapacitated, and can take one of your attacks when you Extra Attack (if you give that up willingly).

Deft Explorer makes a return, ready to swap out for Natural Explorer, which grants you a more active use for the part of your class that would otherwise be filling in the ‘favored terrain role’. One of the options we see is Canny, which is pretty handy to have, granting you expertise to an appropriate Ranger skill.

Tasha’s Cauldron of Everything is due out November 17th 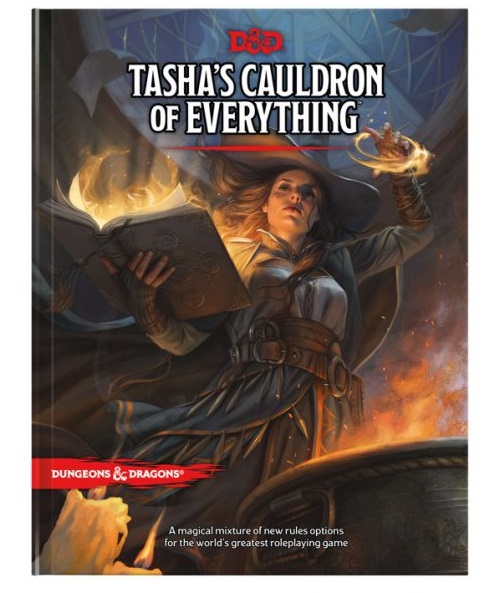 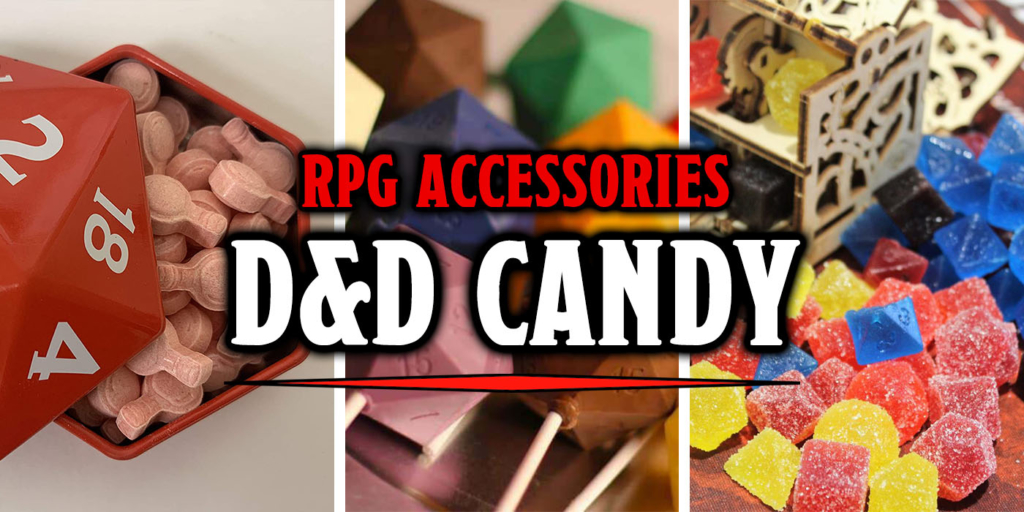