Geekery: New Worlds Await in Season Two of ‘His Dark Materials’ – Out Next Month

Lyra’s quest to unravel the mystery of the Magisterium and Dust continues. It is not an easy road forward; danger, adventure, and new friends await.

And we get to enter a new world a bit sooner than expected – the first episode of the new season arrives in less than a month.

Last season had great production design and the (occasionally adorable) CG daemons were handled really well; and the cast was great. It had its problems – the lack of exposition was frustrating for some folks that hadn’t read the books, it was a headfirst dive. This season shouldn’t have the same issue, and it brings with it the good bits of the first 10 episode run.

The story is continuing with book two in the series – The Subtle Knife. As the group from the first series part ways, Lyra finds a new companion in Will Parry and a new mystery involving his father.

His Dark Materials stars Dafne Keen, James McAvoy, Ruth Wilson and Lin-Manuel Miranda. Adapting Philip Pullman’s award-winning trilogy of the same name, which is considered a modern masterpiece of imaginative fiction, the first season follows Lyra, a seemingly ordinary but brave young woman from another world. Her search for a kidnapped friend uncovers a sinister plot involving stolen children, and becomes a quest to understand a mysterious phenomenon called Dust. As she journeys through the worlds, including our own, Lyra meets Will, a determined and courageous boy. Together, they encounter extraordinary beings and dangerous secrets, with the fate of both the living — and the dead — in their hands.

His Dark Materials Season Two arrives on HBOMax and Sky on November 6th. 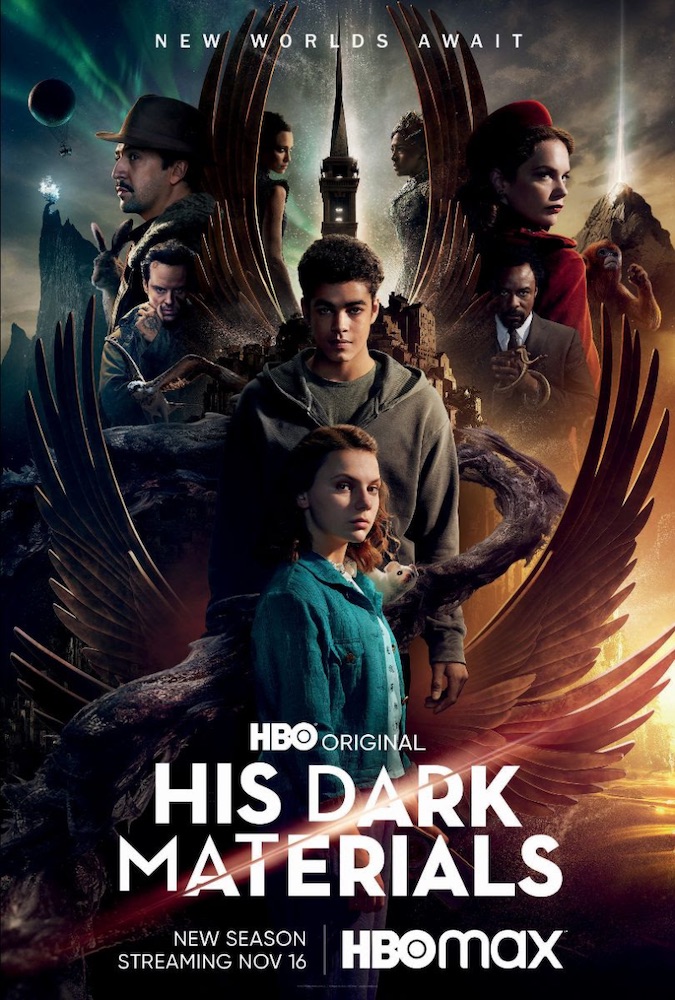 Geekery: Fantastical Adventure 'The Iron Mask' Gets a New Trailer and Date