Make Your Sandwich Nightmares Come Alive in “As You ‘Wich” 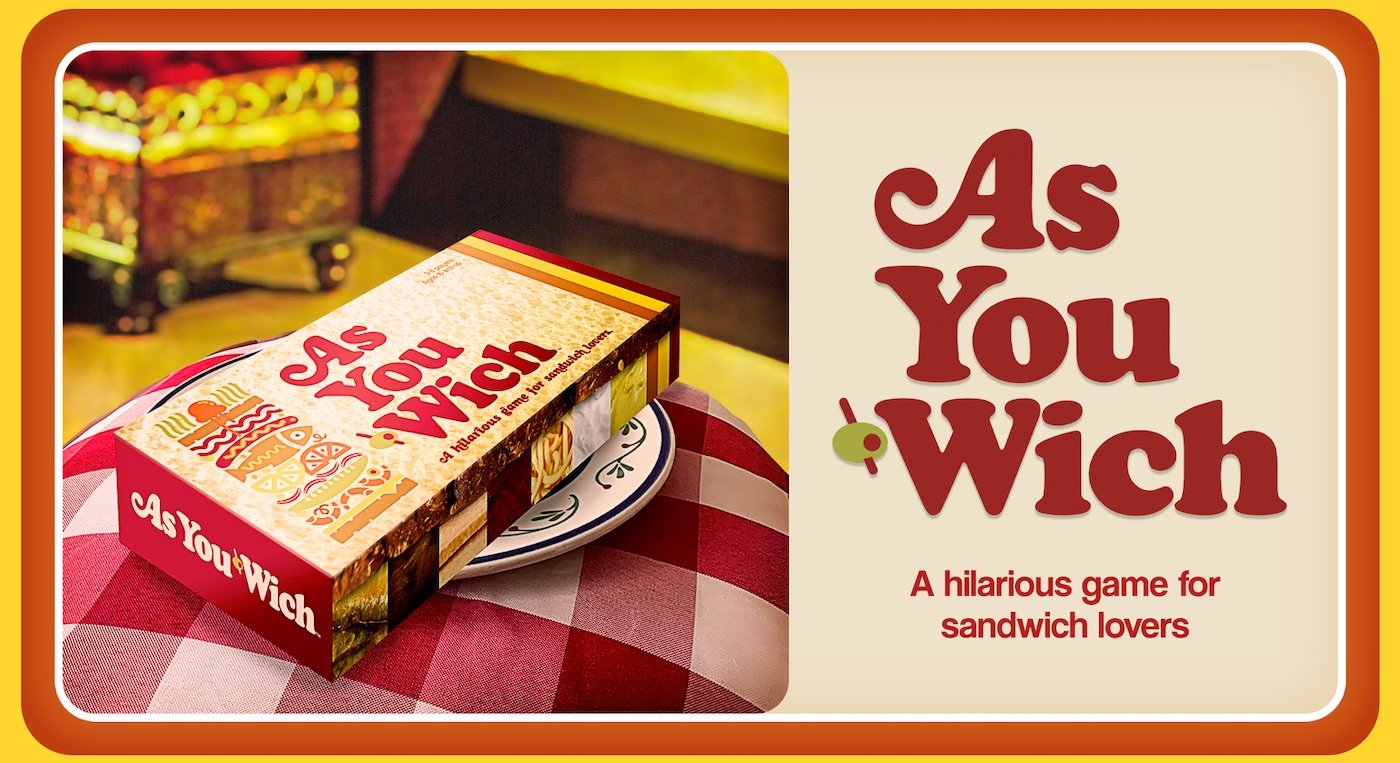 It’s tough to mess up a nice ham and Swiss sandwich, except when you have to add toenail clippings and dunk it in the toilet.

Making sandwiches with your typical ingredients is fine; turkey, bacon, provolone, rye bread, sure. But what about dog hair and chocolate on a hamburger bun? If you had to choose between a that or a doo-doo sandwich (yes, that’s an actual option), which would you pick?

As You ‘Wich is a sandwich making please-the-judge party game. The objective of each player is to make the best sandwich they can with whatever horrible combination of ingredients they have available to them.

Within each round, players will have a hand of 5 cards. On their turn, they draw either a facedown card from the deck of cards, or faceup from one of the 3 shops. After drawing, they discard a card, either faceup onto one of the shops or facedown, which closes that shop for business. Once all 3 shops are closed, the round is over and players will have to present their sandwiches.

While drawing and discarding, players will find ingredient cards, which have things you would expect to find in a deli, with a few additions which you hopefully wouldn’t. Some cards will also only state “Any Vegetable” or “Any Herb”, for example.

Players will also find Preparation Cards which dictate how the sandwich must be prepared. 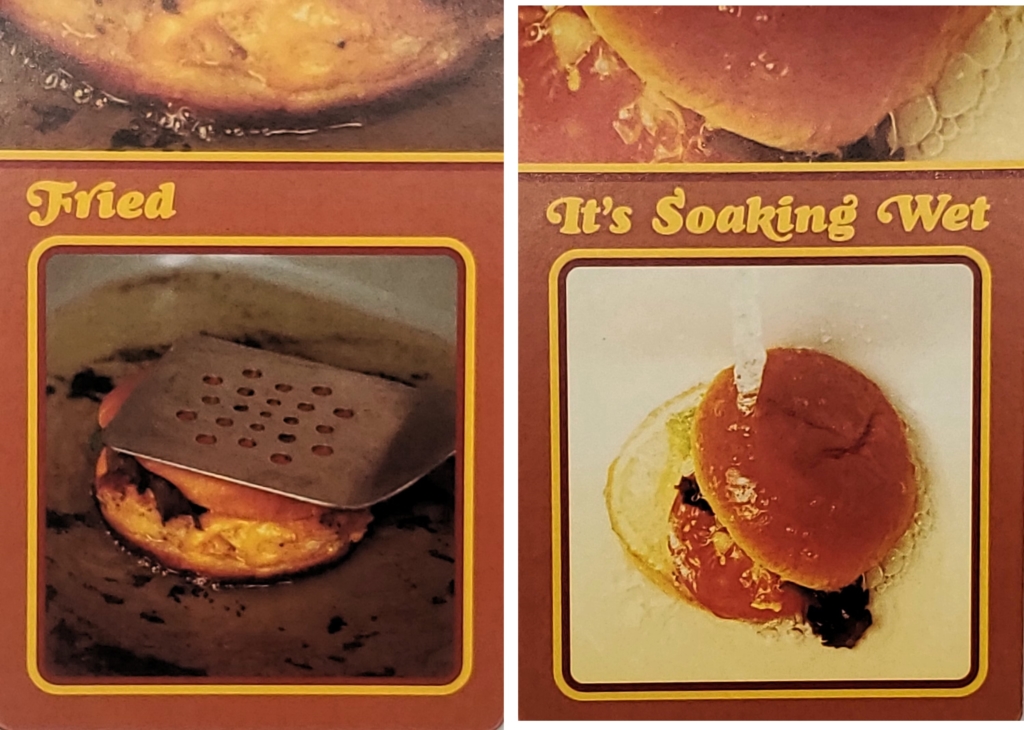 Most of them are very bad

Finally, there are Action cards which let players, as you’d expect, perform some described action. 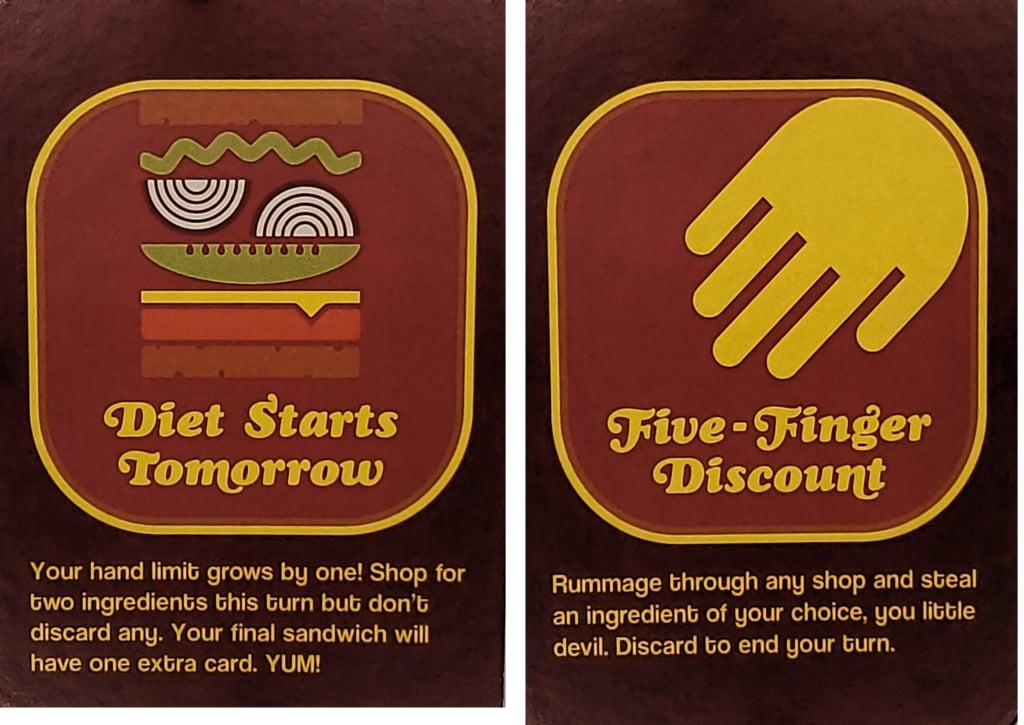 At the end of each round, once all the shops are closed, the voting round begins. Each player is given time to present and sell their sandwich to the other players. Once everyone has been given time to present, the players all count down and point to their sandwich of choice at the same time. Whichever ‘wich as the most votes wins the round! The next round starts the whole process over and play continues until some predetermined number of points.

What I like about As You ‘Wich is that each round doesn’t have a singular judge. In most please-the-judge games you’re trying to sell to one person each round, which always means you have to appeal to them more than you have to sell your creation. I much prefer the route As You ‘Wich as taken in that regard. Plus, I just love sandwiches, and try as this game might, they aren’t going to change that. 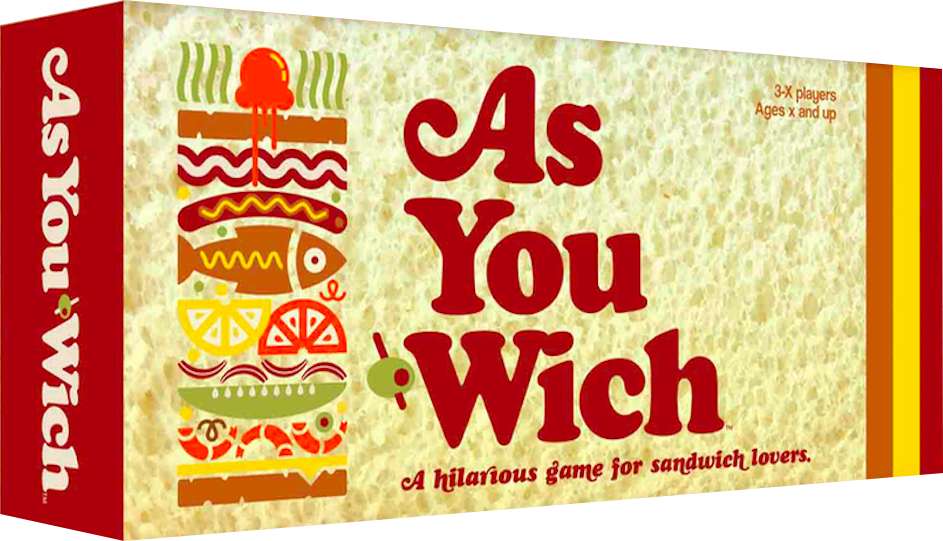 A delicious (and sometimes disgusting) card game that has one goal, build the best sandwich you can and convince your opponents it’s the best they’ve ever seen. From hot pitas stuffed with falafel to fresh baguettes with ham and butter, every corner of the world has its sandwich, and its people have their sandwich opinions.

Author: Matt Sall
Matt has loved games of all kinds his whole life: board, video, war, roleplaying. He's worked as a writer for BoLS since 2017. He's worked as freelance editor for board game rulebooks and has designed many of his own games as well.
Advertisement
Board Games Card Games Rules Tabletop News Videos
Advertisement 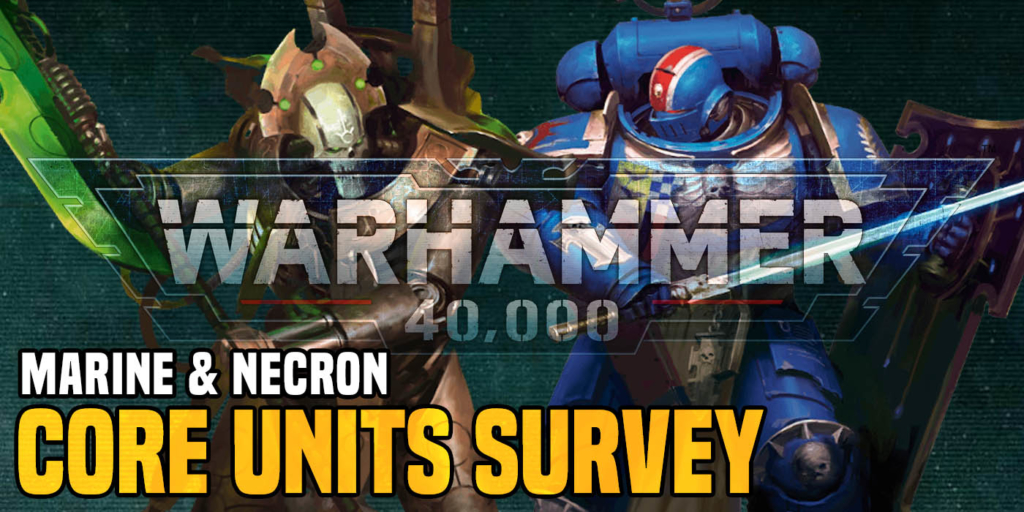