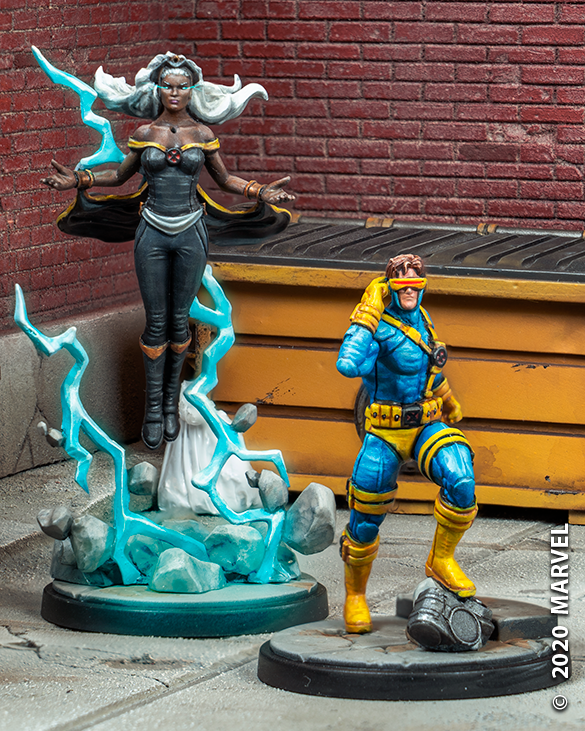 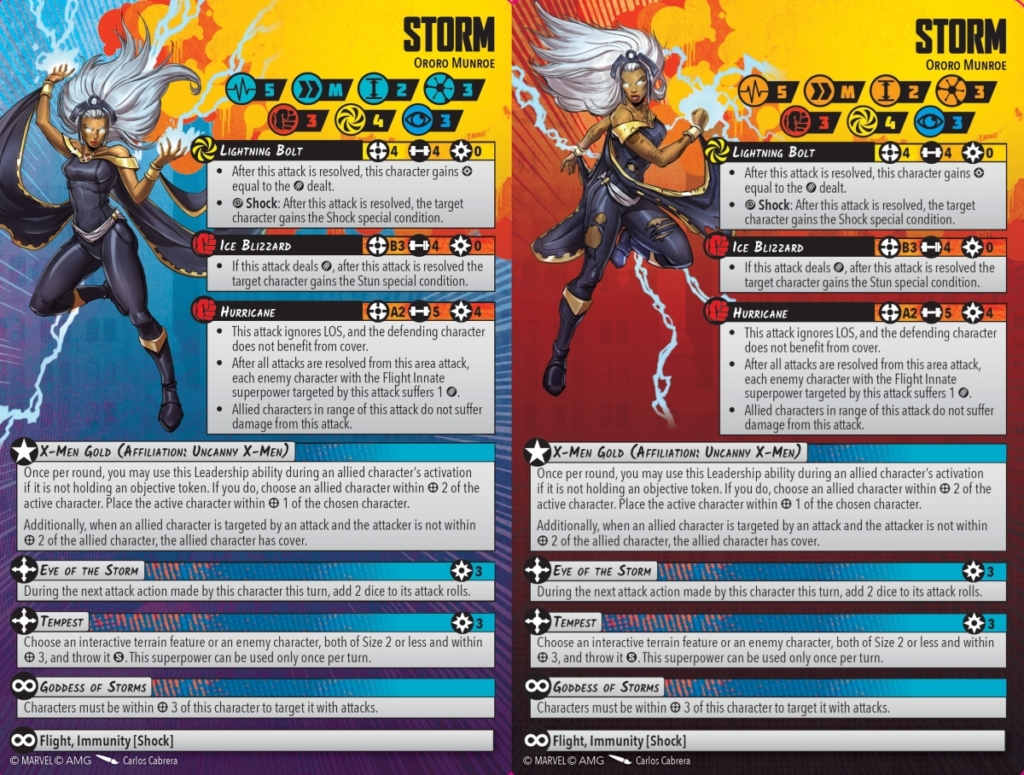 Storm is the cheaper of the leaders at only 3 cost. Average health and slightly above average defense, however Goddess of Storms boosts that defense up even a bit further as enemies will need to be with range 3 to target Storm with any attacks. This is a good synergy with her attacks because 2 of them(including her big attack Hurricane) are short-range. At a glance, her attacks seem a little light on dice, but Eye of the Storm will allow her to punch up by adding 2 dice to her attack rolls. Storm also boasts a range 3 throw in Tempest which is always nice.

The second part of the leadership is also stellar. Giving all allied characters cover if they are targeted by an attack outside of range 2! A fantastic ability for sure. 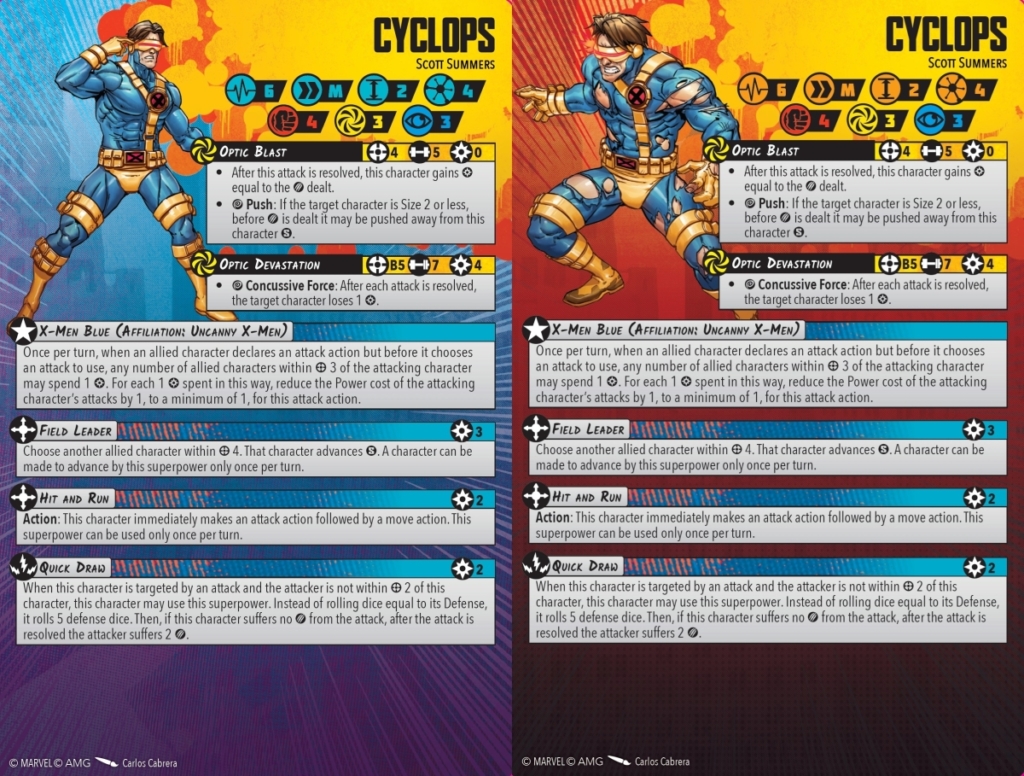 Scott Summers comes in at 4 cost, with slightly more health than Storm and comparable base defenses. Quick Draw gives Cyclops an additional neat defense ability, 5 defense dice and if Cyclops takes no damage the enemy suffers an automatic 2 damage! Keeping Cyclops in cover to boosts these odds is gonna really make someone think twice about attacking cyclops from range.

Cyclops base attacks are both solid, Optic Blast costs nothing and gets 5 dice with a push on a wild. Optic Devastation lives up to its name, a BEAM 5 attack with 7 dice! With Hit and Run you can line up an amazing beam attack and retreat to safety. Field Leader and the X-Men Blue Leadership really play up the team leader aspect of Cyclops’ personality. With this leadership, you’ll be able to get off character’s big attacks unexpectedly as your nearby model can contribute power to help pay for attacks. This is going to let players get super creative and I’m excited to see what people come up with.

I’m very happy that right out of the gate the Uncanny X-Men are getting both a Gold and Blue team leader. Better yet, both of them seem like great characters and are worthy of bringing even if they aren’t the team leader. Depending on which leadership ability you value most given the scenario or team you are using, you can reach for the leader that fits best. With Storm and Cyclops being different point values that allow greater flexibility when determining your squad before a game. You’ll likely have both of them in your roster if you are playing X-Men, which makes it hard for your opponent to figure out which leader you plan on taking. Mind Games!

Which Uncanny X-Men Leader do you like best, Cyclops or Storm?