Privateer Press has been doing a phenomenal job with their Riot Quest maps, each one bringing to life the arena with vivid colors and an excellent quality print. On top of looking fantastic, the Temple of Concord brings a new type of hex – the Ladder. The ladder tile isn’t strictly a ladder though, it can represent a staircase, portal or elevator – anything that might move models around the board atypically.

Before we dive into specifics, here’s a look at the entire arena. 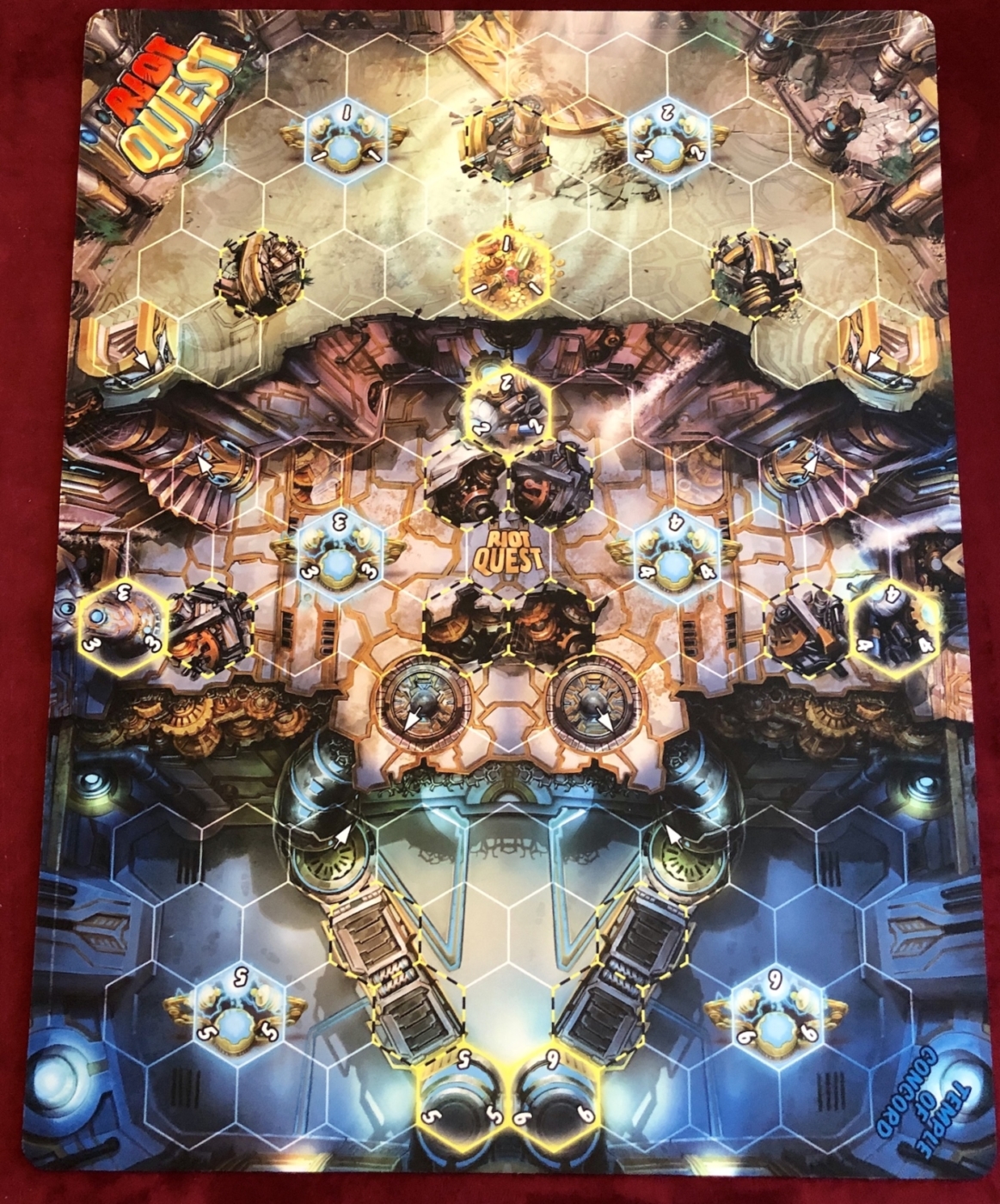 This is the first arena divided into distinct levels, separated by the fact that no hexes connect the different sections. The only way to traverse between levels is by using the Ladder spaces, designated with an arrow. Each Ladder hex connects to one other ladder hex, shown by the two hexes pointing at each other with arrows. Players standing on top of a ladder space can attack a model on the corresponding other Ladder space, but can’t shoot past them. 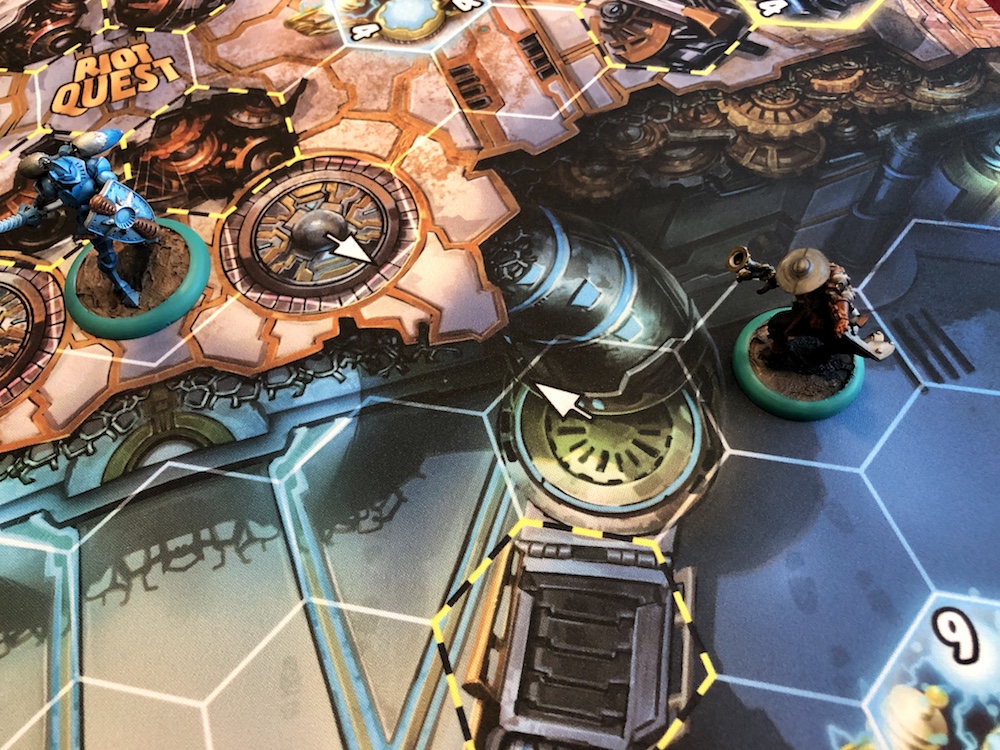 That basically covers the Ladder hex rules, but if you are interested in reading the full rules yourself here are pictures of the pamphlet that comes with the map. 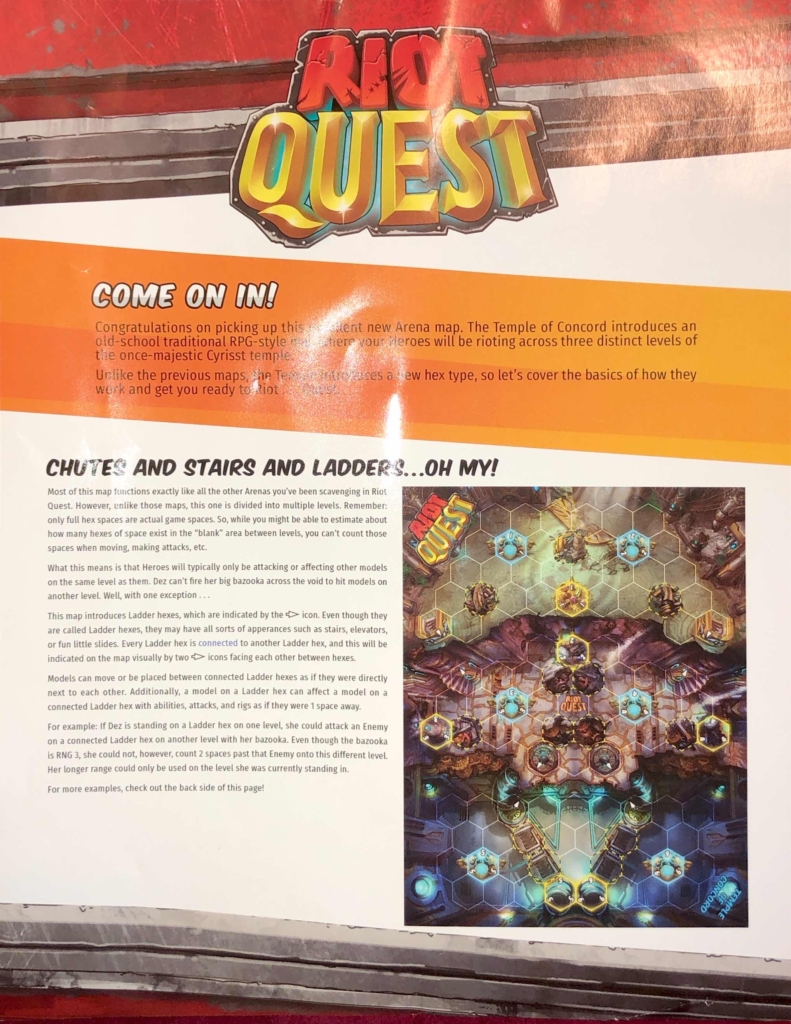 Apologies for the light reflection on these images 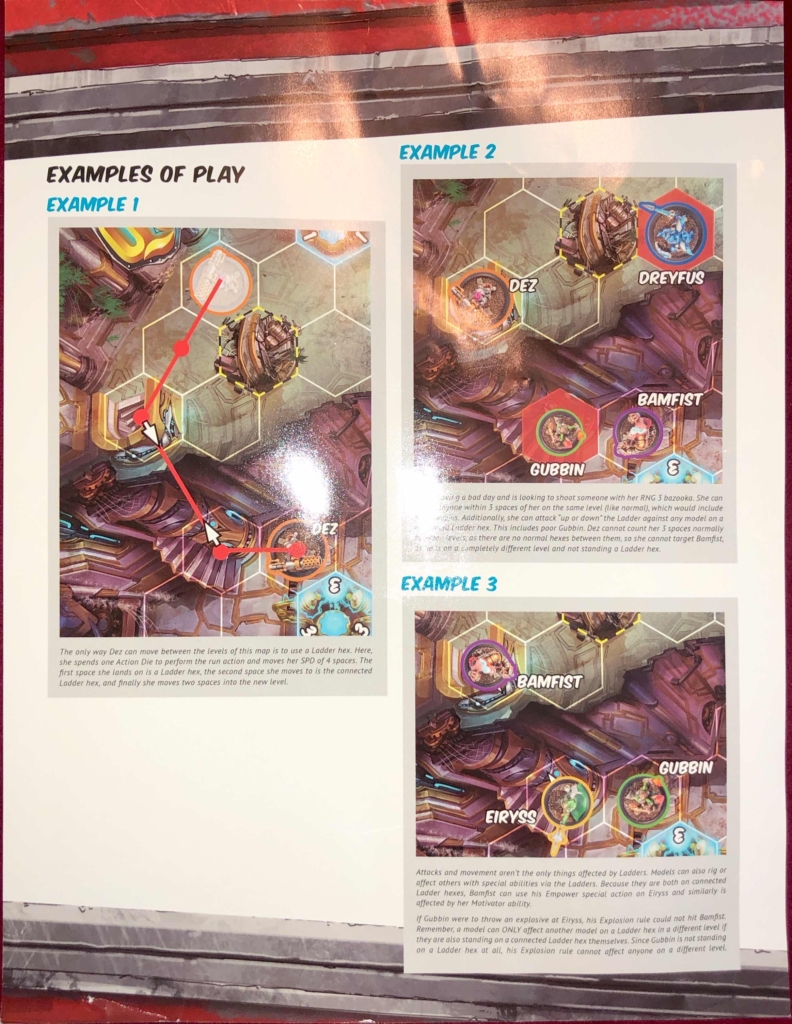 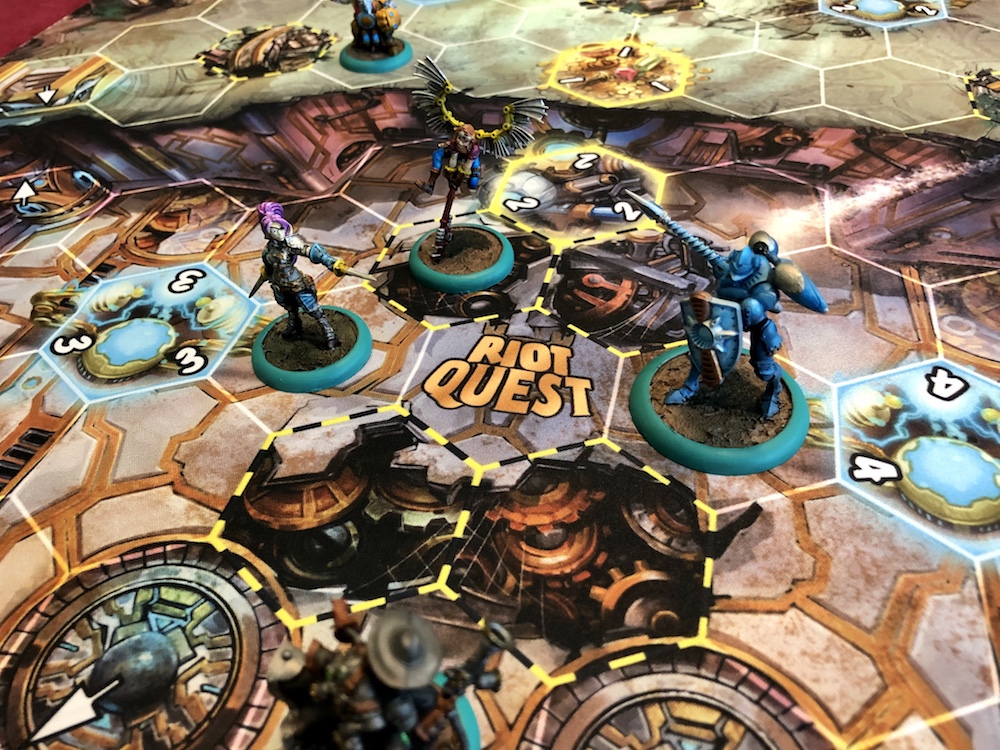 Due to the multiple levels this map is going to feel like one of the larger maps released so far. You might be physically close to a model on another level, but to attack them you’ll need to hoof it to the nearest Ladder. This could easily lead to a lot of smaller duels among the various temple levels. It will undoubtably lead to different strategies between players. Maybe you’ll go with an ultra fast team to try and cover all of the map, or perhaps roster of models that can win most 1 v 1 encounters?

Are you excited for the Temple of Concord? What is your initial strategy going to be?

GW Rumor Engine: It's A Vulture!