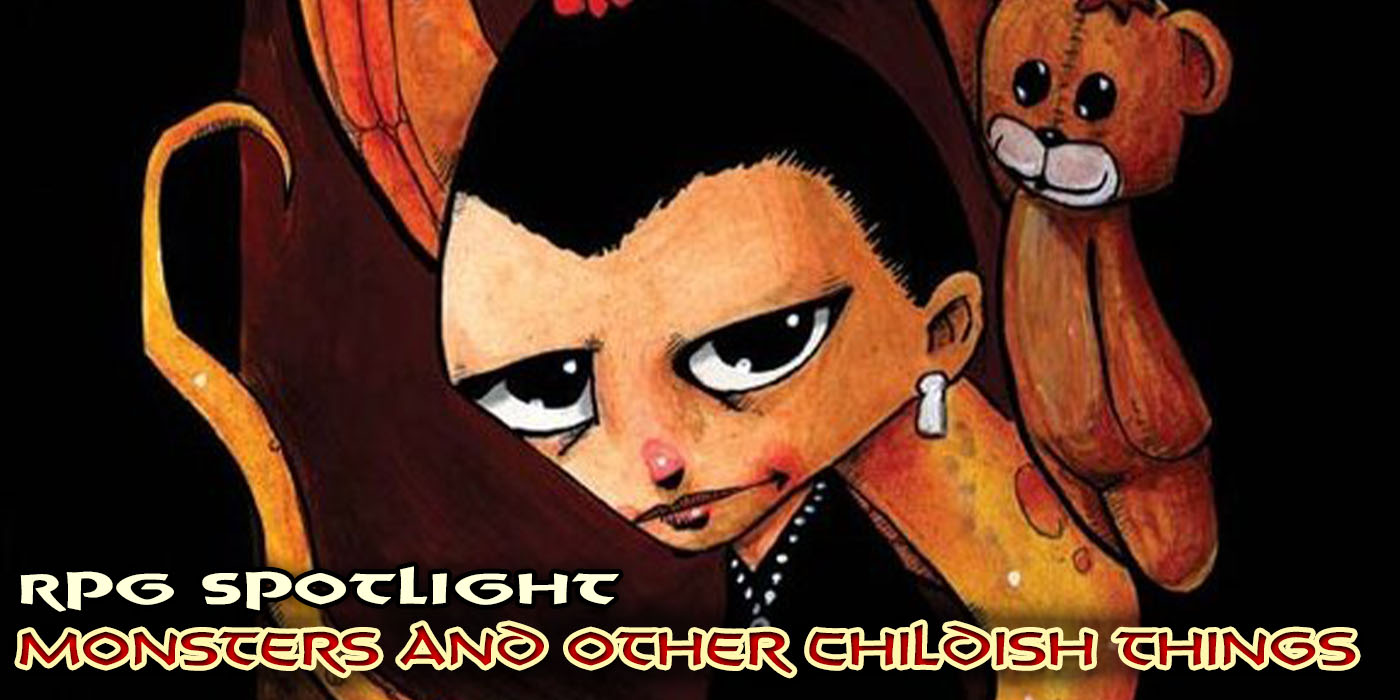 What if the monster living under your bed was real? What if they were your protector and turned into a little doll when the grownups were watching. 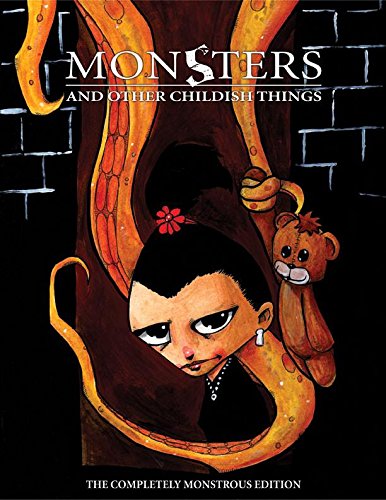 Did you ever watch Fairly Odd Parents or Read Calvin and Hobbes and thought, “This is great, but I wish we could get a little more Lovecraftian horror mixed in?” Of course you haven’t, who would put that sentence together? Monsters and Other Childish Things, that’s who.

The premise is untethered and wild while remaining incredibly simple: You are a child and monsters and invisible friends are real. And one is your best friend. When other people are around your monster disguises itself into something inconspicuous like Timmy’s brightly colored pencils or goldfish or Calvin’s tiger plush. But when it’s safe to come out of hiding or you need protection, you monster comes out to play. And of course your monster is a horrible being of unearthly power from beyond time and space. Why are they your friend? Shhhh, don’t over think it. 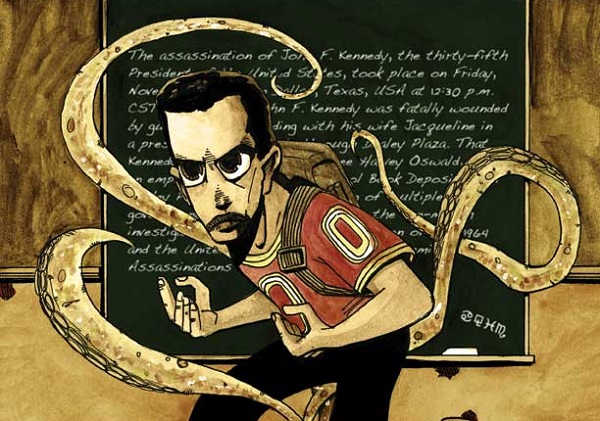 This makes for a very interesting take on character creation which allows for players to be almost endlessly imaginative and creative. The regular character sheets are designed to look like a student’s permanent record – a stylistic theme that runs throughout the entire book with margin doodles of monsters and an interior that’s meant to resemble lined paper in a spiral notebook. Here player’s describe their student’s appearance and personality as well as give a little bit of background about them and then determine the strength of there various skills and attributes on a one to five scale. It sounds pretty standard so far, but that’s when you get to the “My Monster” sheet and have the opportunity to go buck wild. What does your monster look like? What do they turn into when they’re in incognito mode? What are their powers? There’s a gray area between “You can’t literally make an elder god,” and “The monsters are supposed to be terrible creatures from a different dimension” and Monsters and Other Childish Things wants you to play with them in that space.

Game play has a few twists but is overall created with character driven scenes in mind as opposed to the crunchy munchy number shuffling of other systems. Remember the one-to-five system for attributes and skills? To make skill rolls in this game players determine what the relative attribute and skill they’ll be tapping into are, add their score, and roll that many d10s. If little Joey Sue wants to climb the P.E. rope to escape an enemy monster and they have a four in Feet (their physical attribute) and a 5 in P.E. (yes that’s a skill in this game, you’re playing as school children), they’ll roll 9 d10. In order to succeed they will need for multiple dice to show the same number. Once contested rolls or combat cone into play the rules warp a little bit as the player may want to match more dice rolls or roll higher numerical matches depending on whether they need the skill done well or quickly. But at the end of the day, it’s all d10 and matching like numbers. It reminds me of a rudimentary version of poker.

All in all this game creates a mix of spooky and silly that results in something fantastically fun. And with just a little bit of prodding it could be a very child friendly game about befriending the monsters under your bed and having them protect you from fantastical but not terribly frightening dangers, or you could lean into the Eldritchian essence and make your sessions truly terrible. There are versions that are practically Pokemon, and I even saw one floating around called, “Stans and Other Bizarre Things.” And if you don’t know what that references I’ll let you stay peacefully unaware. This is a great game that combines all of the most enjoyable parts of a couple of different genres to produce a product which is all its own. 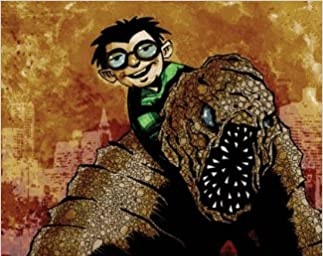 Have you played Monsters and Other Childish Things? What did you think? What is / would your monster be like? Let us know in the comments!